Doubts on Engler at MSU, but higher-ed support shouldn’t be one of them

Talent & Education
Doubts on Engler at MSU, but higher-ed support shouldn’t be one of them 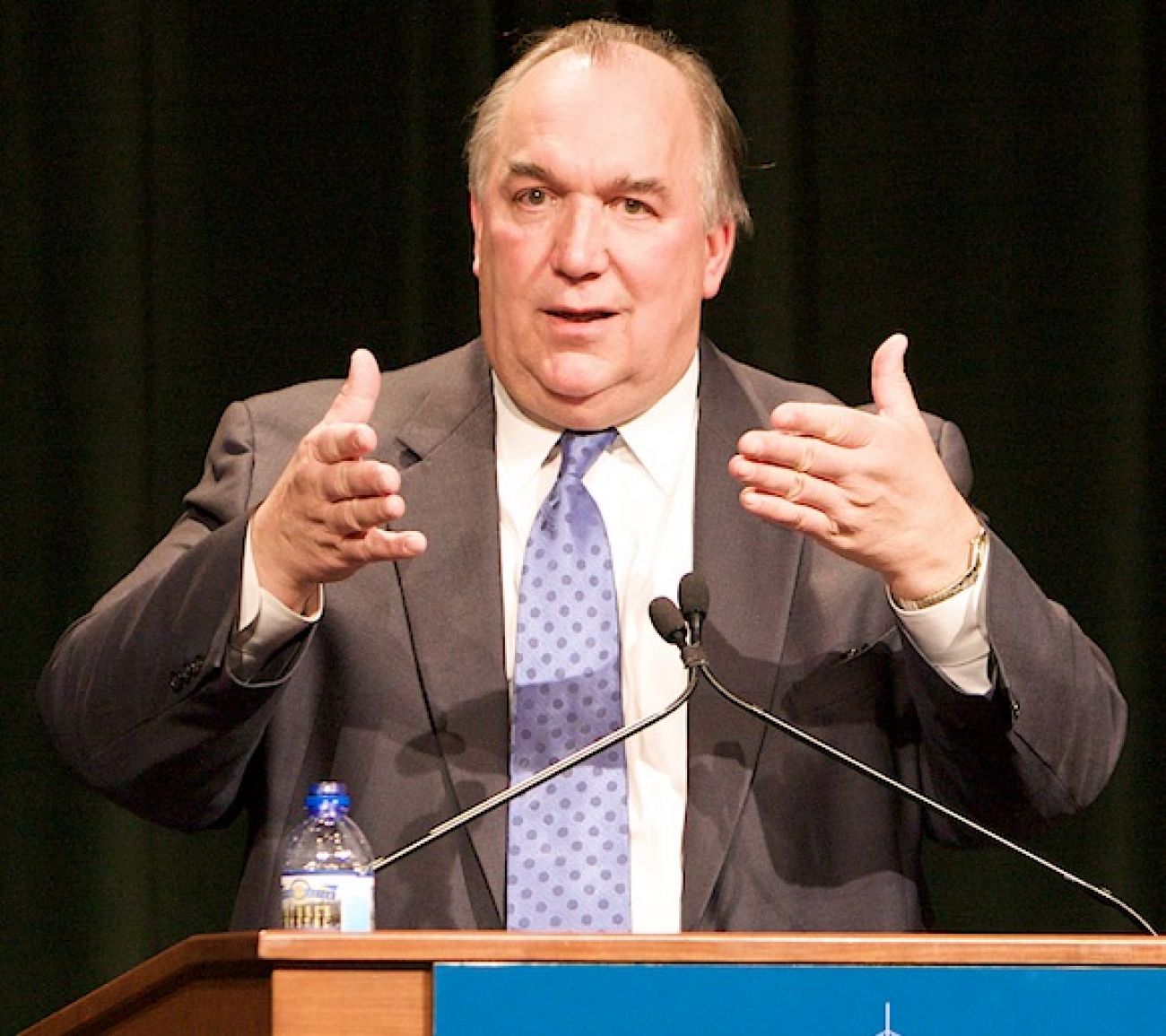 Ten days into his job, former Michigan Governor John Engler remains a target of critics as interim president of Michigan State University. The lines of attack: He lacks college management credentials. He’s from the world of partisan politics. He turned his back on reports of sexual assault against  women prison inmates while in office.

And as governor, progressive critics say, he was no friend to education.

But by one bottomline measure, Engler showed far more love to Michigan’s public universities than either of his successors.

In his last state budget as governor, Engler and Republican lawmakers spent an inflation-adjusted $2.5 billion on Michigan’s 15 public universities in 2002-2003. By comparison, Democratic Gov. Jennifer Granholm spent just $1.7 billion, adjusted for inflation, in her final budget year. And fellow Republican Rick Snyder and the Republican-led Legislature this year has invested even less, $1.3 billion.

Funding down for universities

Funding for Michigan's public colleges and universities is substantially lower now than in 2000 as Michigan was hit by a long economic decline that took a huge bite out of state tax revenues. Republican John Engler was governor for the first three years shown in this chart, followed by Jennifer Granholm, a Democrat, and Rick Snyder, a Republican. Republicans controlled the legislature throughout except from 2007-2010, when Democrats controlled the state House. All figures are in 2017 dollars.

Of course, it can be argued that Engler and the legislature had far more money to spend, with a thriving state and national economy during most of his tenure. And that’s true. But the underlying data show Engler placed a higher priority on higher education compared with other spending, making it a far bigger slice of the budgetary pie than Granholm or Snyder.

Granholm talked a lot about raising Michigan’s college graduation rate. But adjusted for inflation, she spent just over $2 billion on higher education in the Great Recession budget of 2008-09. That’s 17 percent less than what Engler spent in his last budget.

Former Battle Creek GOP congressman and state legislator Joe Schwarz said the funding numbers speak their own truth and offer insight into what kind of job Engler will do as interim president at MSU.

“There is not a governor in my memory ‒ which is getting pretty long ‒ who was a greater supporter of higher education than John Engler,” said Schwarz, 80.

As a state senator, Schwarz chaired the subcommittee responsible for funding higher education during Engler’s tenure. Long known as a moderate Republican, Schwarz said he disagreed with Engler “on a number of issues,” but not higher education funding. 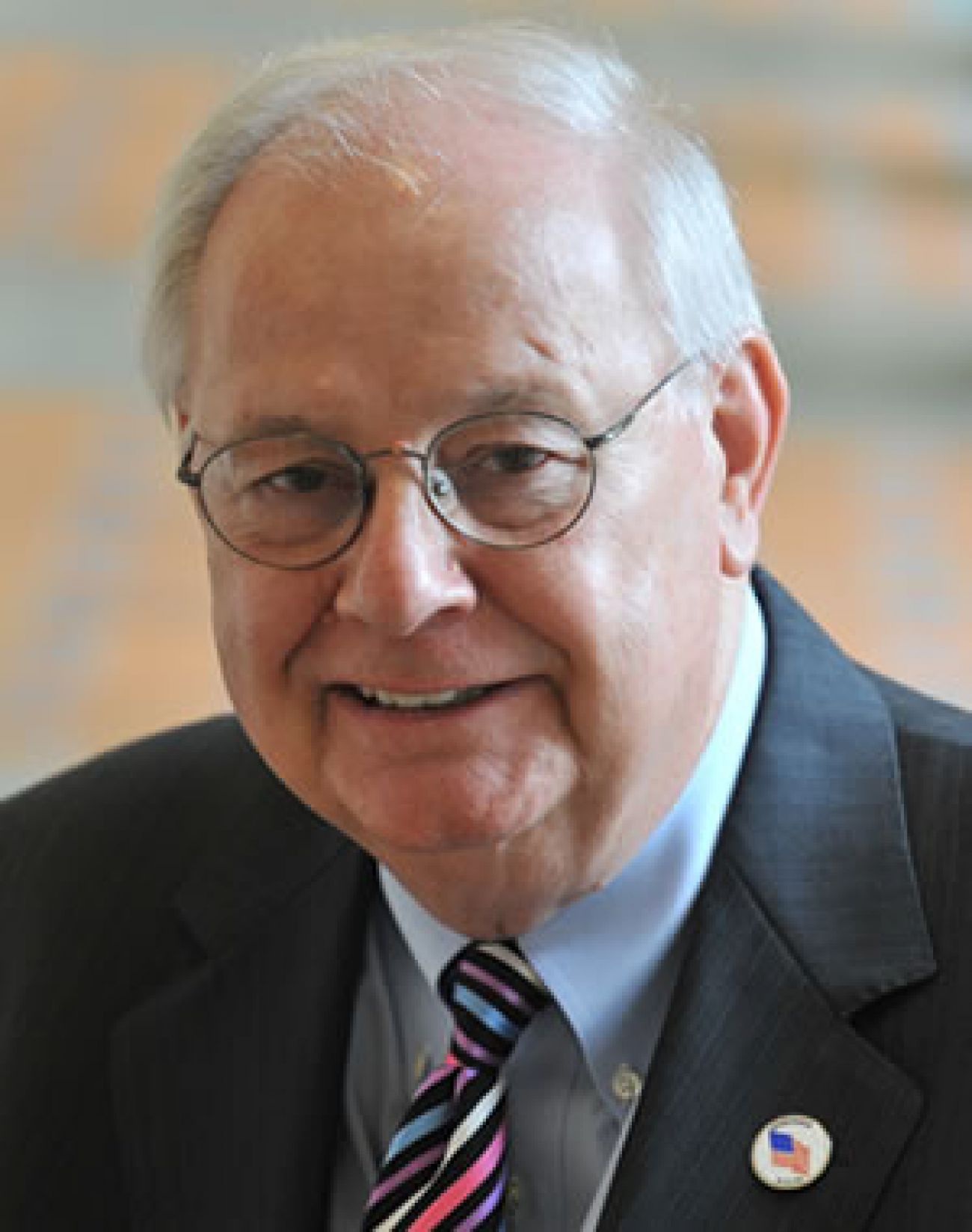 “To accuse John Engler of not being a friend of higher education is a true political absurdity,” said Schwarz, who now teaches at the Gerald R. Ford School of Public Policy at the University of Michigan.

Schwarz also pushed back on the narrative that Engler’s partisan background and lack of academic credentials disqualify him to be interim president at MSU.

“The man was governor for 12 years and he had a very good relationship with universities. I think being president of a major research university is a job as political, or more so, than governor.”

John Truscott, spokesman for Engler, called Schwarz “a tireless and vocal advocate” for higher education. “He had a very good relationship with Governor Engler, so they worked closely together on those budgets.”

Truscott said Engler “put a very high priority on higher ed funding...because he knew it was important for the future of the state.”

Truscott said he expected Engler’s MSU contract to be dealt with at the Feb. 16 board meeting. No formal time frame has been put on how longer will remain on the job, as the board conducts a search for permanent replacement.

An appointment, then an uproar

Engler, a 1971 MSU graduate, was appointed interim MSU president on Jan. 31, with university trustees viewing him as a steadying hand in the wake of the university’s sluggish and, at times, tin-eared response to the Larry Nassar sexual-assault scandal. The former MSU sports doctor was recently sentenced in two Michigan courts for sexual assault, as nearly 200 women came forward to accuse Nassar of abuse. Some women said they reported their concerns about Nassar’s medical treatment to coaches or officials at MSU, but little or nothing was done.

Engler promised that he would be an agent for change at the school and would "move forward as if my own daughter were on this campus."

But his hiring, if anything, only fueled more tumult at MSU.

On the day he was hired, Bridge Magazine reported that as governor Engler was dismissive of sex abuse allegations leveled by female inmates in Michigan’s prisons as “baseless” and “without merit,” and blocked efforts by outside organizations to investigate reports of wholesale abuse.

Years later, after Engler left office, the state agreed to pay $100 million to  settle a class-action lawsuit that had grown to 500 female prisoners, a vindication of their claims of harassment and rape by male prison guards.

MSU faculty members faulted his hiring for other reasons. An academic steering committee issued a statement  that “appointing a former governor with no academic-leadership experience as interim president would not be the best way to heal the wounds of our community in this politically polarized climate.”

And Tuesday, over 200 faculty members, staff and students marched on campus, calling for Engler to step down. Students have faulted the board’s lack of transparency in hiring Engler, the fact that he has no academic management experience as well as Engler’s record in the prison lawsuit.

The narrative vs the numbers

Given the emerging narrative of Engler as an anti-education governor, his past support for higher education might surprise his current critics.

Under Granholm, higher-ed funding dropped by an inflation-adjusted $500 million over seven years, from its peak of $2.2 billion in 2004 to $1.7 billion in her last budget.

Granholm was followed by Snyder, who ran as “one tough nerd” with promises to “reverse recent trends of under-investing” in higher education.

In a 2010 campaign document, candidate Snyder noted that “(l)ip service has been paid to creating a knowledge-based economy, but that transition has been delayed by cuts in funding for higher education ‒ arguably one of the few institutions that attract talent and investment to Michigan.”

Snyder has since restored some funds to higher education even though he resorted to an accounting trick do it – by siphoning $400 million a year from K-12 education funds to pay for community colleges and higher education.

By 2015, the state was sending nearly $300 million less a year to state universities than it did a decade before ‒ or nearly $640 million when adjusted for inflation, according to the Michigan Senate Fiscal Agency.

All these cuts have helped make college more expensive for Michigan students and their families. Tuition climbed by 100 percent to 150 percent, adjusted for inflation, at the state’s public colleges and universities from 2003 to 2016, according to a report by the Michigan League for Public Policy.

Daniel Hurley, CEO of the Michigan Association of State Universities, which represents the state’s 15 public universities, said schools are “pleased” with Snyder’s proposed budget increase of $29.8 million for higher education next year.

But he added: “Recent years of reinvestment must not mask the dramatic harm done by the state’s cutting of support to college students over the long term. In 2000, Michigan ranked 20th in the nation in state support for higher education. Today, we rank 43rd.”

To be sure, Engler has been a lightning rod in education at the K-12 level, as he was a driving force as governor for opening Michigan to charter schools. Progressive critics also cite his ties to U.S. Secretary of Education Betsy DeVos, who served as state party chairwoman during part of Engler's tenure. DeVos, a champion of private school vouchers, in September named Engler chairman of a national education assessment board.

But at MSU, officials might look back fondly at how they were treated under Engler.

Hurley declined to weigh in on the controversy over whether Engler is qualified for the job.

But he acknowledged that the budget figures “speak for themselves. While John Engler has a reputation as a fiscal conservative, the numbers bear out that he did promote support for higher education.”