Fewer college students want to be teachers, and why it matters (searchable database)

Talent & Education
Fewer college students want to be teachers, and why it matters (searchable database)

Nearly every teacher-prep program in Michigan is enrolling fewer students today than just a few years ago. Search for an individual school, or click the arrows on the columns to sort accordingly.

By any measure, Isaac Frank is a very lucky young teacher.

Just 25, he graduated from Michigan State University and landed his first job at Birmingham Seaholm High School, in an affluent district outside Detroit, with a starting salary of just over $40,000 to teach math and earth science. He has an official mentor for the first three years of his employment, and has found an unofficial one, too. He describes his colleagues as “awesome. I can’t think of anyone I don’t like.” His students, Frank says, are “very good people who are growing into respectable adults.”

But there’s a nagging voice in his head that tells him not to plan on growing old in the job. He’s concerned about what the Michigan Legislature might do to his livelihood in the future, after legislation that changed teacher retirement benefits was signed into law this summer. He’s also worried about a general erosion of respect for the teaching profession. And he’s coming to realize there’s an upper limit to his salary, no matter how good he becomes at his job.

In this, he checks several of the boxes most often cited by teachers leaving the schoolhouse behind. And enrollment in teacher-prep programs is starting to show the new attitudes.

The latest data from the U.S. Department of Education’s Title II program, which supports teacher training and professional development, show enrollment in teacher prep at the college level is falling, sharply in some states. In Michigan, 11,099 students were enrolled in the state’s 39 teacher-prep programs in 2014-15, the most recent data available. That is a 3,273-student decline from just two years previous, in 2012-13. Since 2008, the total number of Michigan college students studying to become a teacher is down more than 50 percent.

Whether these numbers portend a coming teacher shortage is unclear. But it does reflect a trend that has been ongoing for some time, said Abbie Groff-Blaszak, director of the Office of Educator Talent with the state Department of Education. Not only are fewer aspiring teachers entering programs, but fewer are completing them, and there’s been a decrease in teaching certificates issued by the DOE.

“We can’t identify causation,” Groff-Blaszak said. “And we don’t know yet if it’s a good thing, or not.”

She and others point to a variety of factors that are discouraging young people from pursuing teaching careers, both in Michigan and elsewhere. Among them:

Teaching has cycles like other careers, and Michigan’s overall student enrollment is at its lowest point since the 1950s, with 1.47 million enrolled in public schools (which includes charter and cyber schools) statewide. Fewer students require fewer teachers, although shortages remain in selected subject areas, said Dan Quinn, director of the Great Lakes Center for Education Research and Practice, a policy think tank in East Lansing. Those shortages are primarily in math, science and special education, along with world languages.

“This (trend) doesn’t immediately portend a teacher shortage,” Quinn said. “But it will have an impact later on, in the pipeline of potential workers.”

Enrollment is falling sharply across all areas of teacher prep, suggesting some subject areas may see shortages of qualified teachers in the future.

The push to improve student test scores, particularly among low-income students, has led to a number of changes that put more accountability on teachers. Groff-Blaszak said the decline in enrollment has tracked with Race to the Top reforms, which in addition to rewarding excellent educators, also provides for the removal of ineffective ones. Such reforms have not been universally embraced, for fear that they are a cover for sapping the power of unions, or holding teachers accountable, via testing, for factors they say they have little control over.

And before they even become teachers, teacher prep students must pass the state’s Professional Readiness Exam, which was toughened in recent years in an effort to raise teaching standards. In 2013-14, its first year, fewer than a third of students attempting it passed on their first try. At Western Michigan University, education students must pass the PRE and maintain a 3.0 average, said Marcia Fetters, the school’s associate dean and director of teacher education.

“When I entered teaching in 1982, there was no GPA requirement,” Fetters said, who described the current PRE, which tests math skills, reading and writing, as “infamous.”

“I don’t know how valid the test is to serve as a predictor of student performance in a teacher-ed program,” said Fetters. “On the one hand, we only want the qualified, but at the same time, if the test itself is not valid? We have had complaints.” 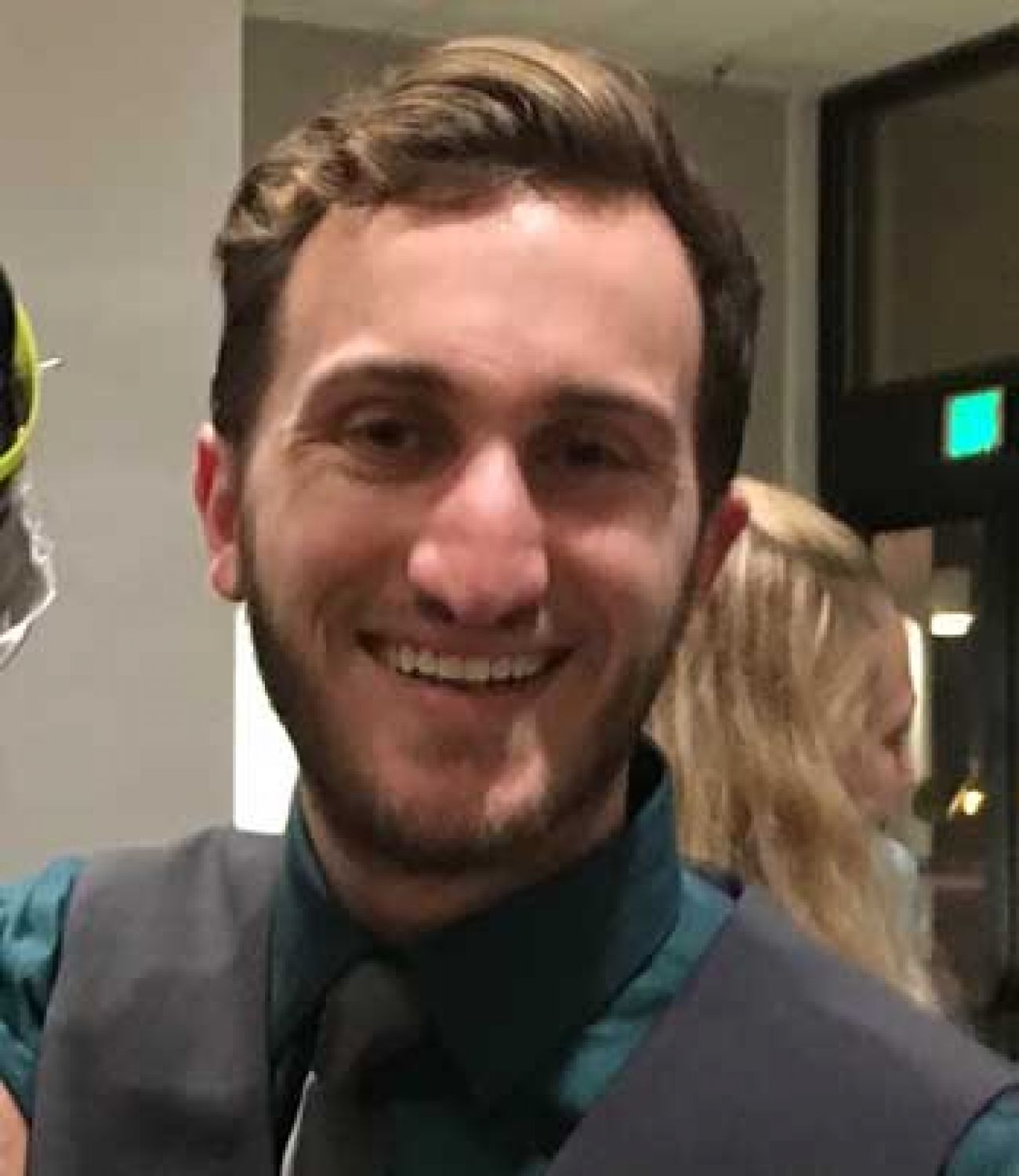 Few rookies, in any field, are at the top of their game from the beginning, and support and mentorship is an important part of early professional development.

“Brand-new teachers should get support and coaching, ideally, but resources are short,” said Groff-Blaszak. In surveys of teachers leaving the field, “the most-often cited reason for leaving is they haven’t received the support they need to improve.”

Going along with that is the way the field is structured. Even outstanding teachers may find themselves frustrated, a few years into their career, when they’ve arrived at or can see the top of the salary scale and realize there are few options to capitalize on their success other than going into administration.

“There’s a general lack of opportunity for professional growth in teaching,” said Groff-Blaszak. Becoming a mentor or sharing success with colleagues is not necessarily enough for driven, excellent professionals, “and not everyone wants to be a principal.”

“Incentives matter,” said Quinn, the policy analyst. “Teaching is not seen as a highly valued profession right now.” While veteran teachers in some districts can earn middle-class wages, younger ones can find themselves stuck at the bottom for years.

“I have a niece who’s stuck on step zero and is still living with her parents,” said Quinn.

Frank, the Birmingham math teacher, said he has classmates in similar straits, still earning well below $40,000.

“The stepping stones to the middle class, with regular raises and a secure retirement, are going away,” said Quinn.

Ming Li, dean of the College of Education at Western Michigan University, said that in the past, teaching was appealing to first-generation college students, particularly women, who wanted white-collar careers. But with college costing more and other career fields opening, “the return on investment isn’t very high, compared to the cost of the degree.”

Fetters, his colleague, said “we hear parents (on college tours) telling their (high-school) children, ‘I’ll pay for any degree you want, except teaching.’”

And as the public discussion about low achievement by Michigan students compared with the rest of the country continues, blame falls increasingly on teachers, said Quinn.

“Everybody’s an expert because everybody’s been to school,” said Quinn. “The profession itself has lost stature.”

Meanwhile, in one classroom...

All these factors converge in a 41-year-old teacher at a Detroit charter school, who asked to remain anonymous to speak frankly. Her work challenges are very different from Isaac Frank’s.

But administration and teaching personnel change frequently at her school, with each new school leader bringing a new set of expectations and rules, and new colleagues on their own learning curve.

Many of her students are low-income and troubled, making discipline a regular part of her day. As a rookie who entered the field in a career change, she could use some mentoring, and certainly more support. None has been forthcoming. And unlike in most traditional public-school districts, her master’s degree is not rewarded with more money.

“I have made great connections and relationships with my students,” she said. “They have my cell-phone number and text me all the time.”

But, she added, inconsistency and staff turnover at the school have made learning and teaching a daily struggle.

This woman isn’t quite ready to leave the field; she’d like to take a shot at working in a traditional public school with a more stable environment. And she’s actively job hunting, after signing her last contract with her current employer.

After four years of experience and a master’s, her salary is less than Isaac Frank’s was fresh out of MSU.