In 2010, major foundations in Southeast Michigan pooled their money to tackle one of the region’s most intractable problems: low achievement in Detroit schools.

Their lofty, if not eye-popping, goal was to ensure that, by 2020, 90 percent of city children would graduate, go on to higher education and not require remedial help in college.

The group that was formed to accomplish those goals, Excellent Schools Detroit, quietly closed on June 30. It fell well short of any of those benchmarks, showing that even the best-funded efforts have trouble improving Detroit’s fractured and unstable educational landscape.

Former officials with Excellent Schools Detroit won’t call its closure a failure because other nonprofits will continue many of its major projects, including a scorecard that rates all city schools and systems to help parents decide where to enroll their children and to help students apply to college.

But after seven years and more than $32 million spent by Excellent Schools Detroit, their key players acknowledge they failed to connect with Detroit parents, could have better collaborated with other reform groups and tried to do too much.

“This work is not for the faint of heart,” said Tonya Allen, CEO of Skillman Foundation and a former board member for ESD.

The exit is the latest in a line of well-funded nonprofits that have tried and failed to bring citywide improvement to Detroit schools.

The General Motors Foundation and United Way for Southeastern Michigan, for instance, attempted to reform so-called “dropout factory schools.” The $27 million, five-year program the groups funded improved graduation rates from about 50 percent to 80 percent at only seven Detroit-area schools and couldn't boost scores on the ACT college entrance exam.

This year, General Motors announced it is eliminating the GM Foundation and the United Way announced that it will pare back its focus on dropouts.

Nationally, Sue Desmond-Hellmann, CEO of the Bill & Melinda Gates Foundation, which has spent billions of dollars on school reform over the past 20 years, said in a letter last year that the group found school reform is far more difficult than anticipated.

Excellent Schools Detroit began as a coalition to support the opening of good schools, the closure of underperformers and to grade the city’s traditional, charter and private schools to help inform parents.

The group formed after Detroit schools earned the worst reading and math scores in the U.S. on the Nation’s Report Card in 2009. Over the past several years, dozens of schools have closed, nearly 100,000 students have left Detroit Public Schools and governance has switched from an elected school board to a state-appointed manager and back again to an elected board.

Ultimately, Excellent Schools Detroit evolved into an idea incubator that spun off several new projects and nonprofits including advocating for early childhood education and launching 482Forward, a parent advocacy group.

Excellent Schools Detroit was among the first advocates to push for the creation of a Detroit Education Commission with some commissioners appointed by the mayor. The commission was initially proposed to oversee the opening of new traditional and charter schools as well as citywide school transportation and enrollment systems, but the Legislature rejected the proposal last year.

Soon, the tasks that Excellent Schools Detroit took on became a hodge-podge, Allen said, and the organization began doing too much with too many segments of the community.

“Excellent Schools Detroit came about because the community was saying, ‘This is what we need.’ Then it became three to four different organizations in one,” said Shirley Stancato, the group’s former board president and CEO of New Detroit, a nonprofit born out of the 1967 uprising that seeks to eliminate racial disparities.

“The board had to ask ourselves what’s the best way for us to continue.”

Perhaps the best-known among Excellent Schools Detroit’s projects was the Detroit Schools Scorecard that assigned schools letter grades from A to F to help parents make informed choices.

It followed similar report cards. In the past 15 years, the Skillman Foundation did a project called the “Good Schools: Making the Grade” that identified and granted money to high-performing and “improving” schools.  New Detroit also used to issue reports on Detroit’s public schools, before the proliferation of charter schools in the mid-2000s.

Few schools did well. The scorecard recommended only 21 K-8 schools where a majority of students are Detroit residents. No schools earned an “A” on the scorecard this year.

“I don’t think (the scorecards) were worthwhile especially because parents  weren’t involved and don’t know how they were put out and who did it. They were plain ignored,” said Helen Moore, 80, an education activist in Detroit for nearly 50 years.

“Nothing ever really progresses unless you get to the parents and have the parents involved.”

Sharlonda Buckman, former board member who until recently was also the executive director of the Detroit Parent Network, a parent advocacy nonprofit group, said more parents didn’t use the scorecard because there weren’t enough paper copies.

“I’m a big advocate for paper – there is a certain percentage of families doing everything online but most families want to hold something in their hands … pass it to a friend, have grandma look at it,” she said.

The data may not have been a hit with parents, but it was beneficial to policymakers and advocates during last year’s legislative debate over the reorganization of DPS.

The Coalition for the Future of Detroit Schoolchildren, a collaboration of nonprofit, business and community leaders, and other supporters, used the data to successfully persuade state lawmakers to reinstate an elected Detroit school board with authority, Allen said.

The lesson from Excellent Schools Detroit’s demise: Reformers need to figure out what parents want.

They underestimated the difficulty of connecting with parents in a city where children are scattered among 90-plus public schools, dozens of charters and in schools of choice in Detroit’s inner-ring suburbs.

“We needed a ground game that understood how parents were making choices. I don’t think we have mastered that in our city,” Allen said.

Another lesson: Reformers need to collaborate. 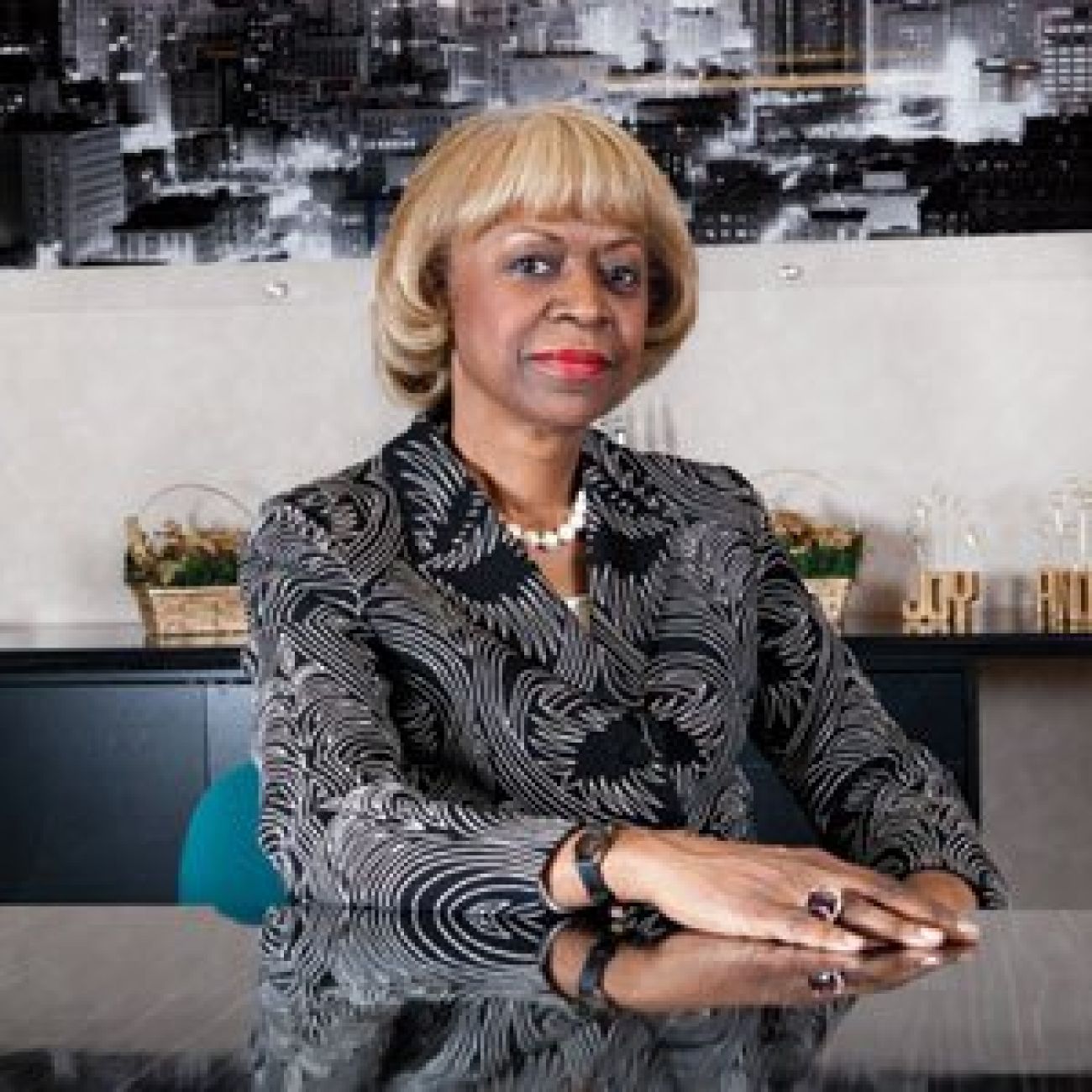 “I don’t think we were as collaborative as we could’ve been –  the whole Detroit community –  on kids and schools in terms of looking at this work and who needs to do it,” Stancato said. “And we didn’t realize until we were in the middle of it that there were other people doing some of this work.”

The end came over the last few months, as the group’s board tried to decide its focus for the coming year.

The organization’s longtime leader, Dan Varner, had left last fall to become the leader of Goodwill Industries of Greater Detroit, a workforce development organization, and an interim was in place. But with no permanent leader and a blurred focus, the decision to shut down was clear.

Excellent Schools Detroit is part of a web of nonprofits in education reform that seek funding from the same crop of foundations.

The now-closed group shifted its most promising projects to other nonprofits:

Enroll Detroit, a citywide enrollment system that assists families whose schools are closing or who are facing enrollment barriers, has been assumed by the Detroit Parent Network.

Detroit College Access Network, which works with parents and students to make sure they are ready for higher education, will be a part of the Michigan College Access Network. The data and analytics collection that was used for the school scorecard will be housed at the Skillman Foundation.

Other projects, such as early childhood advocacy, will end because other nonprofits are working on those with more money and success, Stancato said.

"We knew there were risks in entering such a volatile arena as public education in Detroit. We also know ESD has improved the lives of students,” Jackson wrote in an email to Bridge. "The new leadership team and empowered elected board give us particular confidence that Detroit Public Schools can now evolve into a system that effectively serves students across the city."

Deidre Huntington, communications manager for the W.K. Kellogg Foundation, said the experience underscores the importance of building coalitions “regionally, statewide and even nationally, as everyone is searching for solutions and approaches to improve academic outcomes for children whether it’s in Detroit or Elk Rapids.”

“We didn't get everything get we wanted, but we did get folks to come together and work on a solution,” Varner said.

“The lesson is (we learned) the difficulty of getting things done around the world of education.”