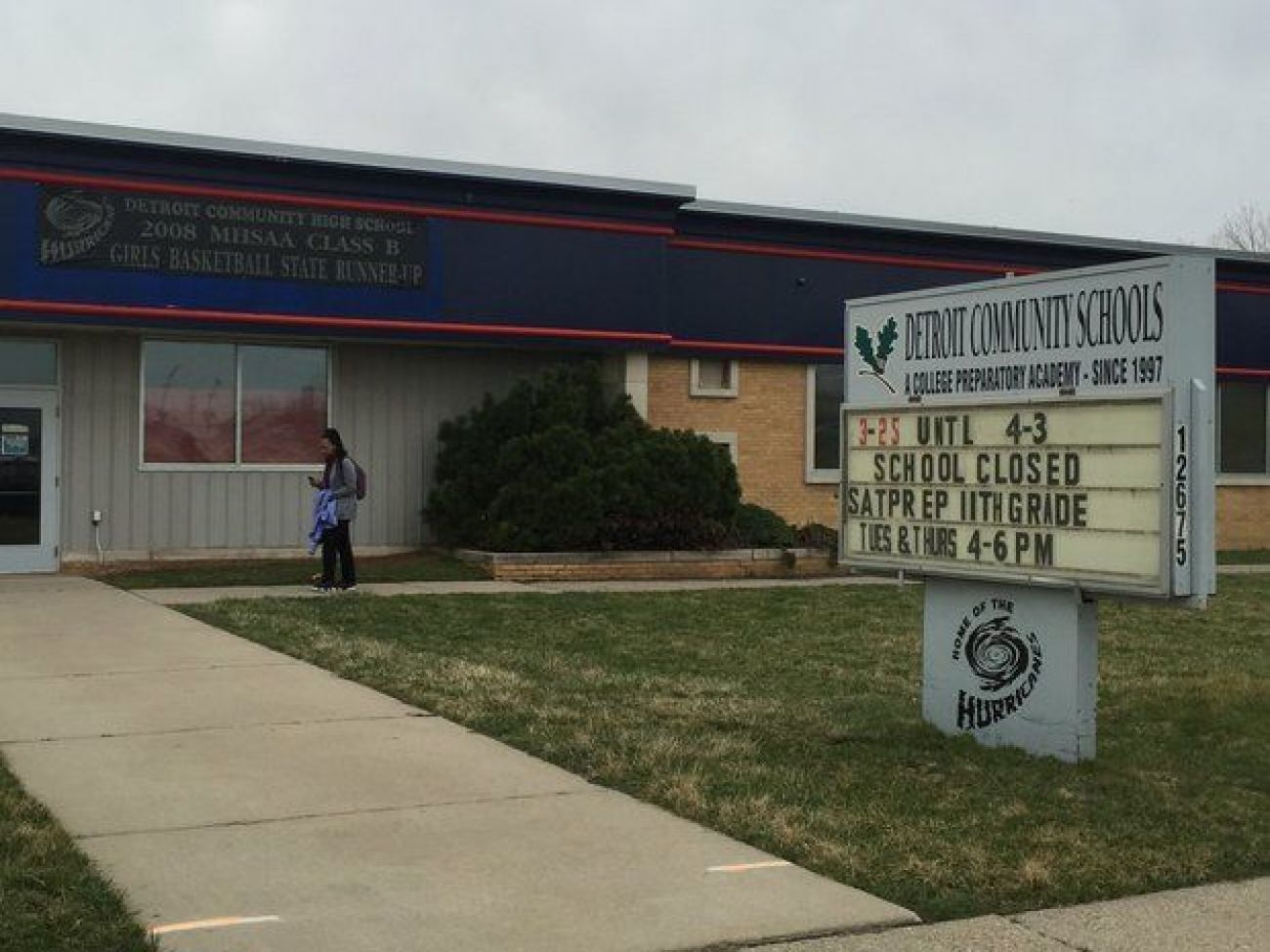 The state of Michigan has no idea how many educators are violating the law by running schools without the proper certification, but the number could be in the hundreds.

That’s why the state has proposed a new certification process that would not only require all school administrators to be certified starting in 2018, but also help keep track of required professional training and criminal histories of educators who for years haven’t been tracked on the statewide database.

Currently, the Michigan Department of Education randomly each year audits a small number of the state’s 800-plus school districts and charter schools for compliance and investigates the public’s reports of non-certified educators to identify violators and issue fines. Among the fines is a $209,000 deduction that threatens to bankrupt a Detroit charter school whose lead administrator has been former Detroit City Councilwoman Sharon McPhail, who is not certified.

The state says the proposed new certification process, subject to legislative approval, will be more reliable and eliminate the need for random auditing because it will ensure all school administrators appear on the statewide database. The public will also be able to access the information, according to the state education department.

Krista Ried, supervisor of the professional educator certification services unit for the Michigan Department of Education, estimated that the number of non-certified administrators could be in the hundreds statewide.

“We don’t know who these individuals are because of the way our data collection system is,” she said.

Hundreds of suspects, few are caught

To be certified, administrators must have a relevant masters degree and complete 150 hours of professional education every five years which could include college credits and district-level workshops.

In 2010, the state passed a law that required educators who are responsible for instruction and business operations in schools - including superintendents, principals, assistant principals and chief financial officers - to obtain a school administrator certification.

Now, anyone can type an educator’s name into a state database to check to see if that person is certified. Problem is, many people who were administrators prior to 2010 were not put into the database and therefore not tracked.

Over the past year, McPhail was among dozens of school administrators whose lack of certification led to fines to their schools.

Her school was notified that the school would be fined $144,000 after a Bridge article last year revealed that McPhail and another administrator at the school are not certified. Last year, McPhail earned $130,000, with total compensation at $160,745 when benefits were added. The fine is meant to reimburse the state for the salary paid to the noncertified employee.

McPhail appealed the penalty and continued to work at the school, but the state superintendent ruled against the appeal this April.

The state Department of Education found that the other administrator actually did not need a certification, but McPhail does. She’s still working at the school, and the penalty has grown to about $209,000 (20 months of salary) from $87,000.

Patrick Devlin, the president of the board of the 700-student charter school, sent a letter to the state Education Department in April asking  for more time to pay the penalty because doing so in one lump sum would be “catastrophic” and effectively shut down the school. The school gets about $545,000 a month in state funds. 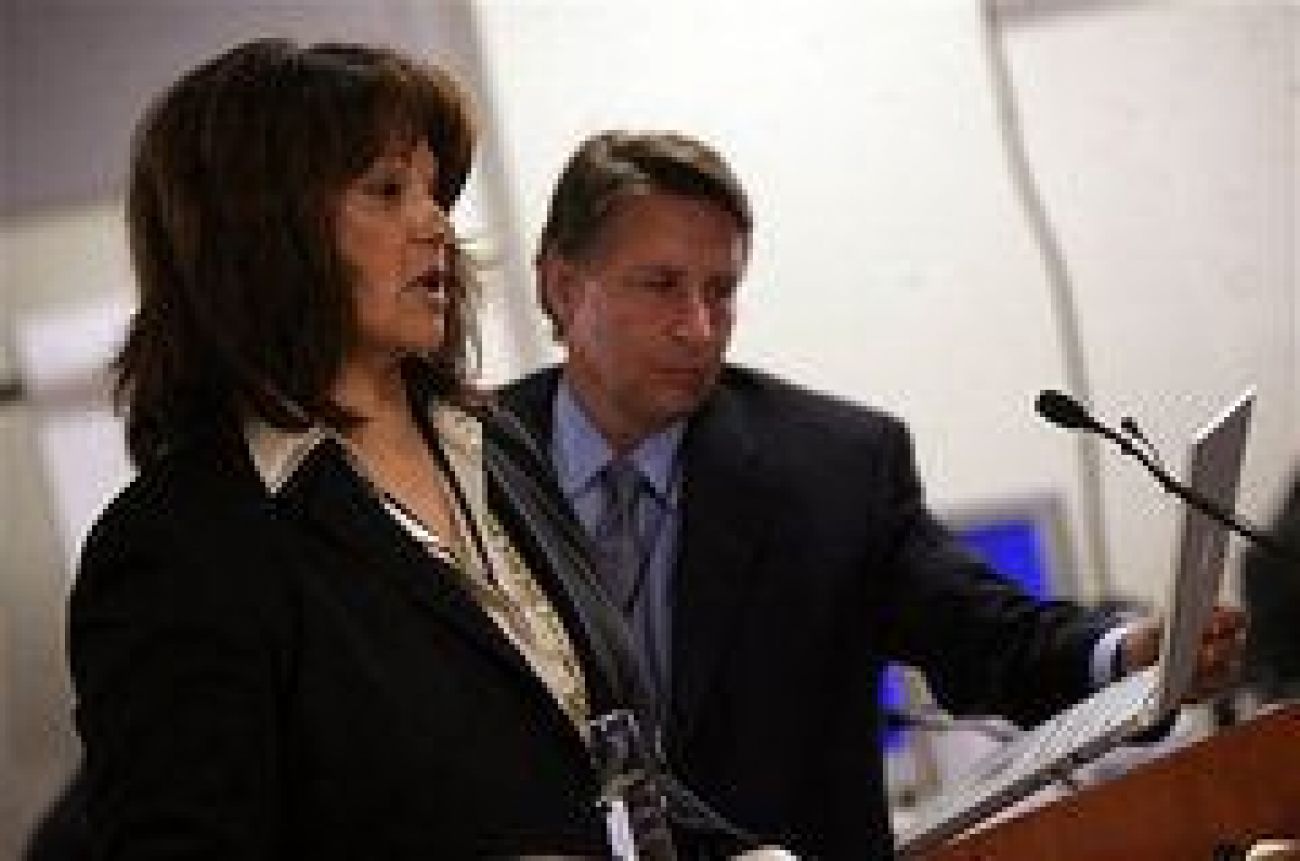 Devlin and McPhail did not respond to requests for comment from Bridge.

William Disessa, a spokesman for Michigan Education Department, said it is up to the school, not the state, to remove McPhail. The state could file a police report against the school officials for continuing to employ her, which is a misdemeanor punishable by up to $1,500 fine for each violation. State officials wouldn’t say if that is the plan.

In May, the state deducted $37,420 from the school’s monthly state aid payment to pay toward the fine and will deduct about $4,678 per month for the next three years, according to Disessa.

But if McPhail continues to have the same duties at the school,  additional or ongoing penalties may be assessed, state officials said.

McPhail’s school is not the only one that has been fined. Last year, the state fined the Croswell-Lexington Community Schools, near Port Huron, $107,000 after finding three of its four principals lacked proper certification for portions of the school year. The principals resigned.

So far during the 2016-17 school year, the state reviewed the credentials of 90 educators in 66 districts and applied penalties in 44 cases.

The penalties ranged from $127.50 to $26,000. The districts must pay the penalties, which the state calls “deductions,” to reimburse the state for the portion of the educator’s salary that was paid to the person during the time period the educator worked without the proper certification.

The main reason the state doesn’t know exactly which school administrators are certified is because, for years, many administrators simply have not been tracked.

The 2010  law that required administrators to be certified allowed anyone who was an administrator prior to 2010 to be “grandfathered’ in or automatically approved.

However, that means those hundreds of administrators’ certifications are not part of the state’s database. So, an administrator who was grandfathered in may or may not be certified. To find out, an MDE reviewer would have to request the credentials from the district, Ried said.

Even worse, any record of their criminal histories are not tracked, either.

In 2015, state law changed to require a penalty - or state aid deduction - be applied to school districts that employed non-certified school staff, including administrators.

That’s when  problems with the system soon became clear.

“We began reviewing administrator certification and quickly realized districts struggled with tracking administrators’ status in the credentialing process,” Leah Breen, director of the MDE’s Office of Professional Preparation Services, said in an email to Bridge. “We also realized that administrators who were working without a certificate or a permit limited our ability to fulfill our responsibilities to notify districts of criminal conviction information.”

The draft policy would place all administrators in the state’s searchable database. It also would give any non-certified administrators six months to enroll in required college courses. They would have three years to get certified.

The legislative committee assigned to this issue - the joint committee on administrative rules - is expected to vote on the rule change this summer. If approved, the law would become effective in September 2018.

After that, the state intends to make improvements to the teacher certification process, Ried said.

Detroit Community Schools’ board president said in a letter to the Michigan Department of Education that the school’s budget will be devastated by the $209,000 penalty the school has accrued as a result of employing former Detroit City Councilwoman Sharon McPhail, who is not a certified school administrator. State officials gave the school three more years  to repay the fine. The board has not responded to questions about whether it will continue to employ McPhail, putting itself at risk of possible misdemeanor criminal charges and more fines. Click here to download a PDF of the letter.