Latrice Taylor bought her home on Detroit’s west side in the Aviation Subdivision in July 2018. She’s spent the past three years renovating the home and making improvements, like buying a $6,000 furnace.

But at 1:30 a.m. June 26, an alarm for her motion detector went off as water began rushing into her basement through a window. As she watched the water build, Taylor said she measured 3 feet of water inside her home, in the room where her furnace, washer and dryer, and water heater are located.

“I could hear it,” she said. “I went down to my basement and I saw waves.”

Taylor’s story is similar to thousands of Detroiters. Residents have hauled ruined washers, dryers, couches and other furniture and appliances to the curb after several inches of rain flooded the city. Thousands have filed flood claims, and some City employees are working seven days a week to recover from the destruction. But the damage to the city and its residents goes well beyond destroyed furniture, given the thousands of dollars needed to repair each home — most Detroiters don’t have insurance, and high premiums means it’s unlikely residents will seek new policies.

“The recent rain and flood event are good reminders that anywhere it rains, it can flood. You don’t have to live in a high-risk flood zone to experience flooding; one inch of water can cause $25,000 of damage to the average home,” James Sink, regional flood insurance liaison at the Federal Emergency Management Agency, told BridgeDetroit.

“They didn’t answer, so I guess everybody else was calling them,” Taylor said.

Detroit’s Water and Sewage Department has received 75,000 calls about flood and sewage problems since June 26. By Monday, the Department expects to receive 80,000 given the continued rain in the forecast. 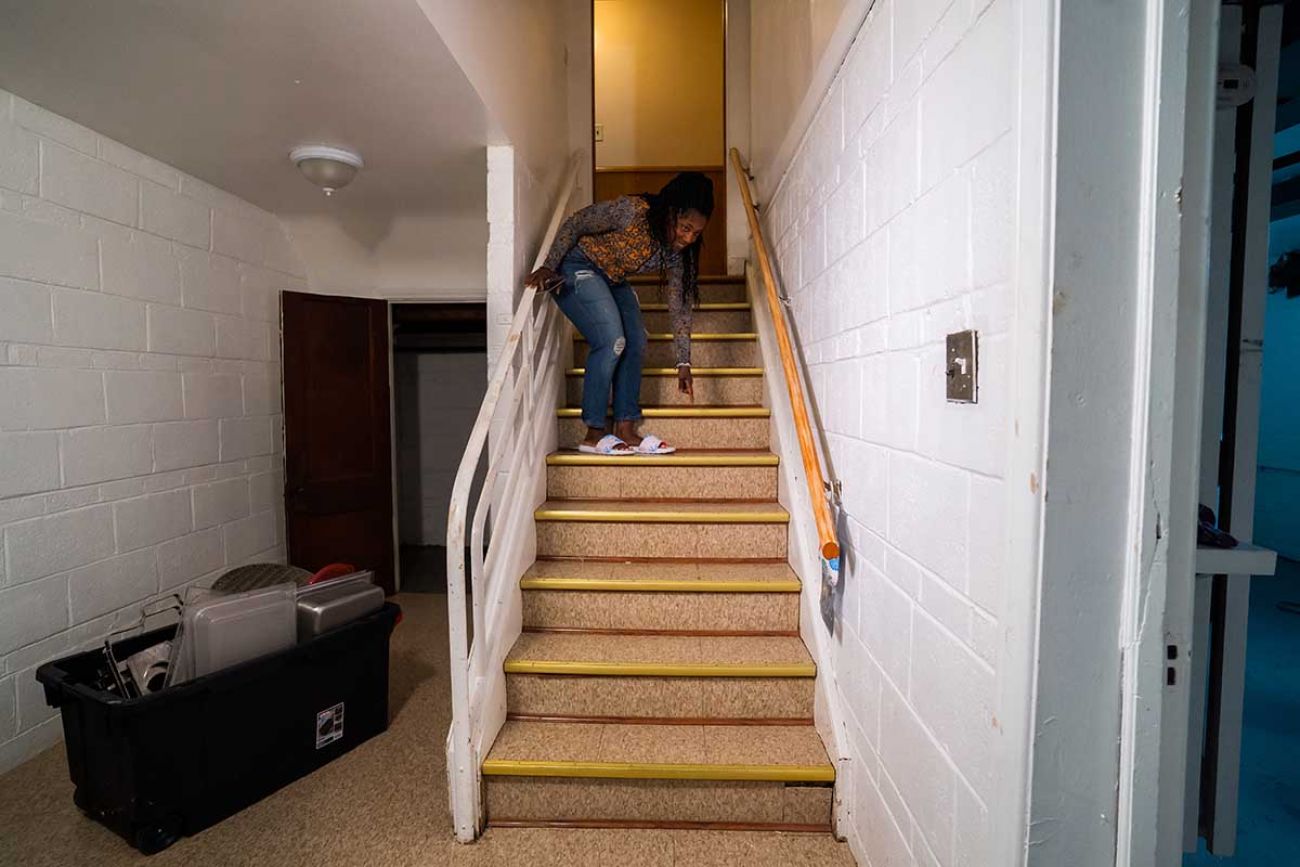 Latrice Taylor points to how high the water rose in her basement after several inches of rain flooded the city. (BridgeDetroit photo by Valaurian Waller)

Detroit Mayor Mike Duggan said he met with President Joe Biden in hopes of receiving federal aid to support Detroiters. FEMA  participated in a visual tour of the damage on Thursday to help determine whether Detroiters should be eligible for funds to help cover the damage.

“We aren’t halfway through it, as far as seniors, we are not halfway through it yet,” Duggan said during a press conference Thursday. “But we’re adding more capacity all the time. If we get a presidential declaration, everything will move a lot faster.”

Duggan has encouraged residents who can afford to clean and refurbish their property to do so as soon as possible. The mayor has told residents to keep receipts for their purchases in hopes of being reimbursed from FEMA — though those funds are not yet guaranteed.

Landlords of rental properties are required to remove debris from their properties, sanitize flood-damaged areas, and ensure hot water heaters and furnaces are working. Beginning July 20, the City will conduct inspections and issue $250 tickets to landlords who are not in compliance.

DWSD has focused on Jefferson Chalmers, East English Village, Cornerstone Village, Morningside and Moross/Morang neighborhoods on Detroit’s east side. On the city’s west side, Aviation Sub, Barton MacFarland, Warrendale, Plymouth/Joy Community and parts of  Southwest have been prioritized.

The City says it will prioritize the “most vulnerable” Detroiters first and will provide contract services to residents enrolled in the Homeowners Property Tax Assistance Program (HPTAP); a program created to lessen property tax requirements for low-income homeowners after the City overtaxed Detroit homeowners.

Gary Brown, director of DWSD, said over 13,000 service requests have been filed and the City has completed 3,000. Of the complaints, 10,000 were for water in basements.

Over and over, Detroiters are being told that nothing could have been done to prevent this from happening.

When asked what the City could have done to prevent or lessen the flooding, Palencia Mobley, chief engineer and deputy director of DWSD, said: “There’s not much.”

“The systems are not designed for these epic events,” Mobley said during July’s DWSD committee meetings. Mobley said the sewer systems can hold 2 to 3 inches of rain over a 24-hour period. Detroit received 7 inches of rain between June 25 and June 27.

Even more, just 306 affected properties have flood insurance, according to the Federal Emergency Management Agency. Detroiters’ average flood insurance premium is $806 per year, compared to the national average of $747 per year.

Factors that determine insurance premiums can include flood risk, location (such as proximity to a river), age of the building, and whether the building is in compliance with local floodplain management ordinances. Detroit participates in the National Flood Insurance Program, which requires participating cities to have a floodplain ordinance in effect.

Mathew Occhipinti, a floodplain engineer within the State’s Department of Environment Great Lakes and Energy (EGLE), said that Detroit’s floodplain ordinance is in the process of being updated to include new flood insurance rate maps that take effect Oct. 21.

“These maps are concentrated on Lake St. Clair and the St. Clair River and are part of a multiyear project by FEMA to update the floodplains of the Great Lakes coastline,” he said.

Occhipinti said Detroit’s current flood maps are based on coastal data from the 1980s.

Though Detroiters’ flood insurance premiums are higher than the national average, Detroit properties are supposed to be discounted by 10% due to the city’s voluntary participation in the Community Ratings System. Cities involved in this program receive the discount for encouraging flood plan management practices that exceed the minimum requirements of the National Flood Insurance Program (NFIP).

However, for the thousands who don’t have insurance, like Taylor, the damage is devastating.

“Crying, I was just crying, like, ‘Oh, my God, all of this damage,” Taylor said, thinking back to how she felt that Saturday night. “I was mostly thinking of the new furnace, and watching all that water just rising.”

Over a week later, Taylor’s basement was still damp. She’s using a dehumidifier daily to lessen the moisture and had to take a panel out of the wall to stop mold from growing.

Now, Taylor says she’s afraid to put items in her basement. She’s afraid that if it rains again, her home will flood and more damage will be done. She also worries for her neighbors and fellow Detroiters who may not have the money to replace the items lost.

“Some people lost a lot of stuff that’s very personal that they can’t get back,” Taylor said. “Why do we have to keep going through this? They need to fix the problem so we can prevent the problem from happening in the future — that’s what we pay taxes for, and I pay a lot of taxes.” 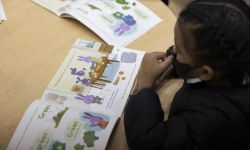