Why is Detroit Police Department’s vaccination rate only 39 percent?

When COVID-19 vaccinations began last December, Detroit police officers and first responders were some of the first eligible. Despite early access, seven months later, Assistant Police Chief Todd Bettison estimates that less than half of the police department is vaccinated.

According to the City Health Department’s self-reported figures, 39 percent of Detroit police are vaccinated.

Bettison said the department is not requiring officers to get vaccinated, or asking for proof of vaccination, because of an officer’s right to privacy.

“It’s a choice,” Bettison said. “In the United States of America — whether you’re police or not — you still don’t give up your constitutional rights, your health rights.”

Bettison doesn’t believe vaccine hesitancy is unique to police. He also doesn’t see a problem in police officer’s vaccine rates being different from that of “the general population.”

In Detroit, rates of inoculation among police aren’t that different from city residents. Thirty-six percent of Detroit is vaccinated, according to the City dashboard.

“Officers are no different from the rest of us,” Bettison said. “So it’s the same thing that we typically hear with citizens in general. They have the same emotions, same fears.”

A compilation of reports to the Detroit Board of Police Commissioners on the police department’s quarantine and infection rates.

Police departments across the country have seen lower vaccination rates than the general public, according to a Washington Post report. Low vaccination rates among officers jeopardizes the health and safety of police and those that they serve, health officials say.

“The problem is that (low vaccination rates) will potentially have greater risk for police officers and cause potentially greater risk for the communities that they serve,” said Debra Furr-Holden, the MSU public health professor. “First responders, health care workers, essential workers, are so vitally important because they’re both members of the community at elevated risk for exposure and an elevated risk for spreading.”

Furr-Holden believes public health officials need to “do better outreach to public safety officers to do the work to boost their confidence in the vaccine.”

She also isn’t surprised by the vaccination rates or the need for vaccine literacy.

“Police officers are but one more mirror and reflection of the community,” Furr-Holden said.

Last spring, the coronavirus pandemic devastated the Detroit Police Department. According to Bettison, in March of last year, of 2,500 employees, 650 members of the department were quarantined and unable to work.

Bettison said it was a “scary time.” He lost a friend and fellow officer to coronavirus, Jonathan Parnell, whose obituary he keeps near him. Bettison said, in addition to losing officers, the department also lost civilians who work with the department.

“We lost one of our 911 call takers. … We lost Shawn Pride. He had been with the city for more than 11 years,” said Bettison, who ticked off the names of emergency service dispatch operators, civilian volunteers, police chaplains and police reserves who lost their lives to COVID-19.

The pandemic also proved challenging for department leadership working to maintain coverage and protect Detroit citizens. Last year, the department reorganized and shifted staffing to make sure all the essential functions, like 911 call responses or crime investigations, were staffed during the pandemic. 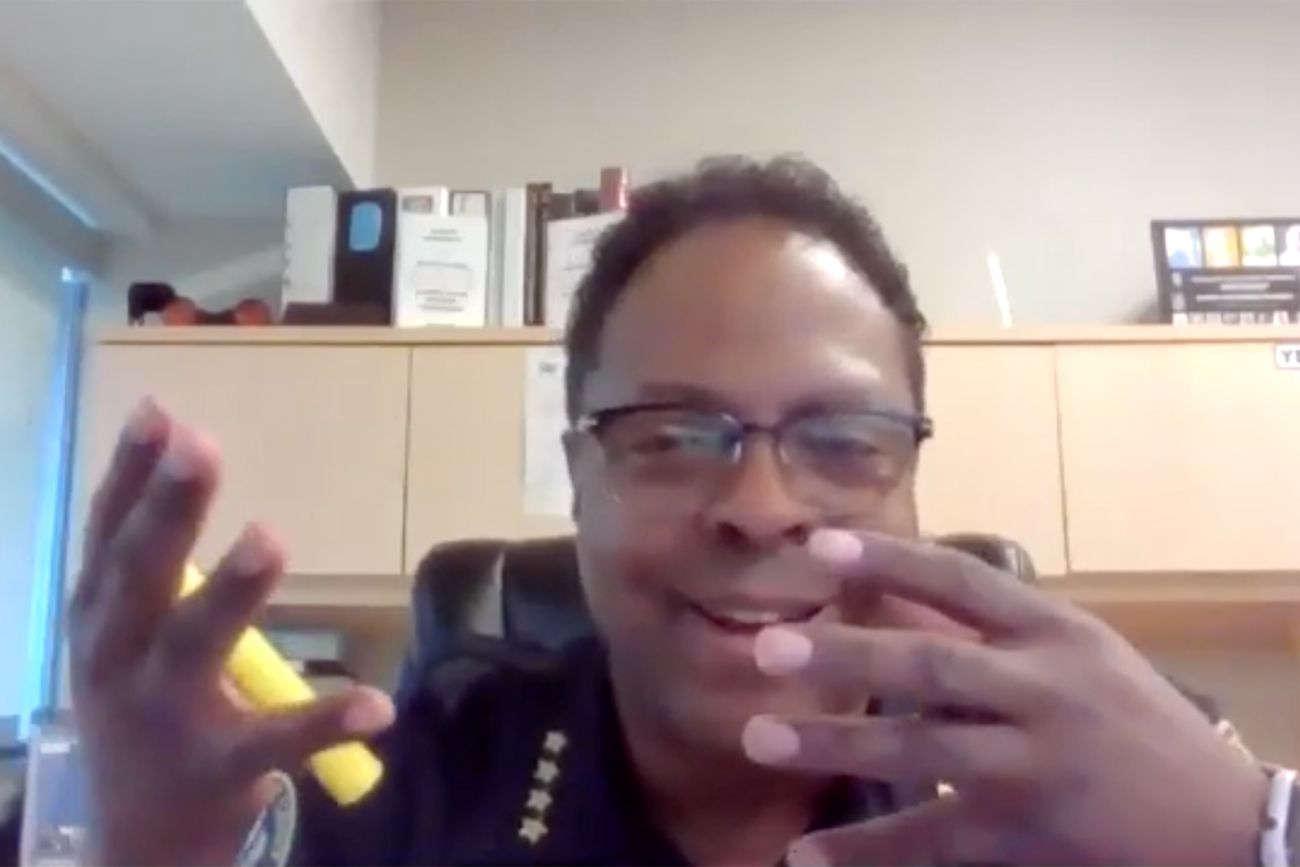 Assistant Chief Todd Bettison has spoken about COVID-19’s impact on the Detroit Police Department many times. Now, Bettison keeps his message clear: He wants officers to get vaccinated. (Screenshot from Zoom interview with BridgeDetroit)

More than a year and a half later, the Detroit Police Department, and the City, are reopening and have a better handle on coronavirus infections. For now, Detroit police rely on mask wearing and exposure isolation. Bettison said the department monitors officers constantly.

“Before you come into the building, you have to get screened,” said Bettison. “We take your temperature multiple times a day.”

Bettison said there are currently 26 members of the department in quarantine. According to weekly DPD reports at Board of Police Commissioners meetings, typically, less than 50 officers a week test positive for coronavirus. In April 2021, during a statewide spike, 57 members tested positive.

Bettison was one of the first to get vaccinated once the city made it available, and said he wanted to “lead by example.” He said the department is working to tackle vaccine hesitancy.

“We’re doing our part. We’ve had conferences, video Zoom conferences, where we brought in doctors from the Detroit Health Department, we brought in the DMC and actually had doctors that will talk to our general population of officers who work very closely with the unions,” he said. 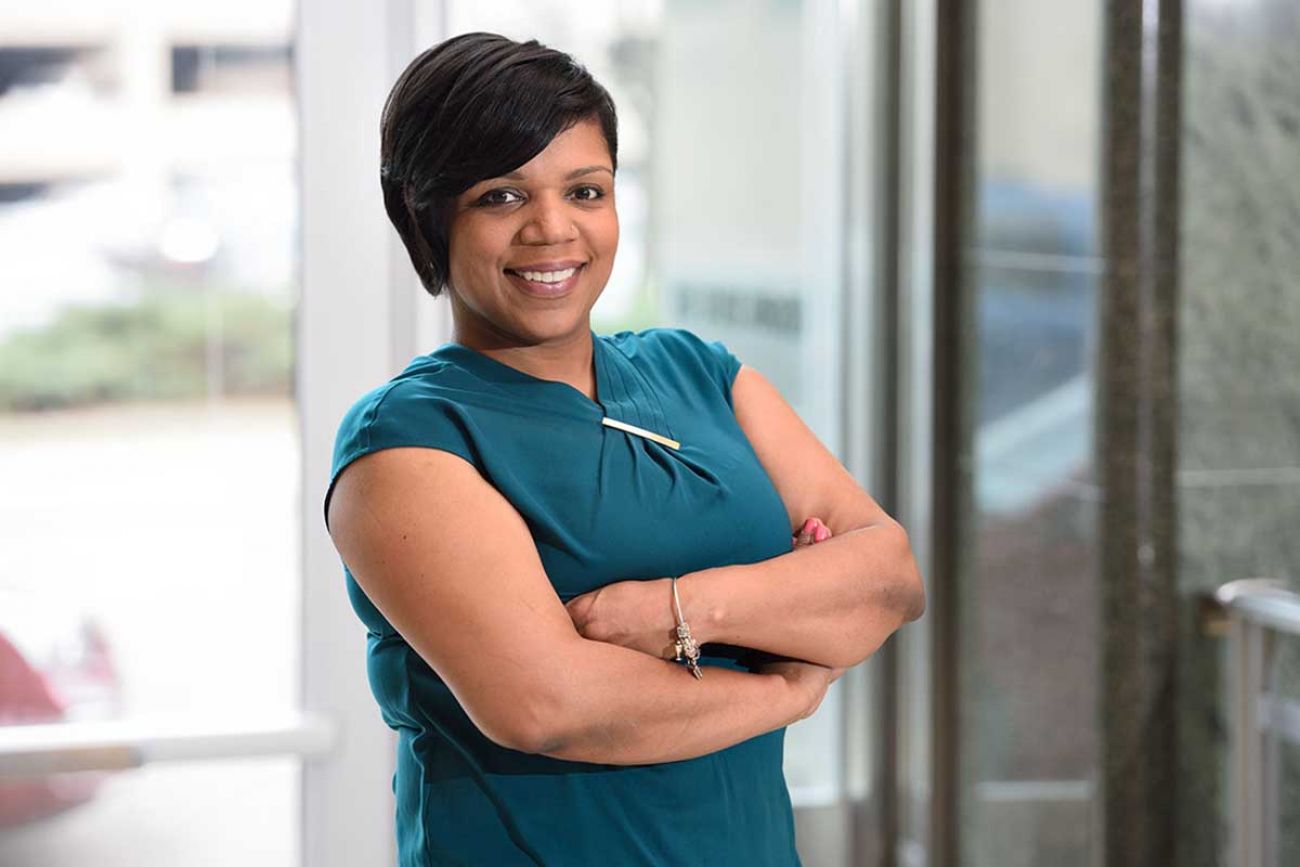 Furr-Holden, who doesn’t believe vaccination should be mandated, said, “We need targeted outreach from trusted, credible messengers for police officers.”

“My dad was a cop,” she said. “Most cops leave the house every day with one goal in mind, and that’s to make it back home safely. And not being vaccinated is a threat to that.”

BridgeDetroit reached out to Mayor Mike Duggan’s office, and Deputy Mayor Conrad Mallett Jr. gave a statement about unvaccinated workers. He said, despite the City’s low vaccination rates, it won’t require any City employees, including frontline workers, to get vaccinated.

“We are going to put forth a guidance, based on what the Michigan Occupational Safety and Health Administration (MIOSHA) has handed down, that will dictate what first responders have to do if they are not vaccinated,” Mallett Jr. said in a statement.

Mallett Jr. said more details of this plan will come in the next week. BridgeDetroit reached out to the Detroit Police Officers Association, the union that represents DPD members, for comment, but did not get a response.