Business Bridge
What Michigan businesses learned from the last recession

In 2006, Gudel Inc., based in Ann Arbor, sold more than 90 percent of its robots and automation equipment to the automotive industry.

Today, it’s closer to between 65 percent and 75 percent, according to Joe Campbell, its vice president of sales and marketing. Gudel has made inroads into the aerospace and warehouse and logistics industries.

It’s not that automotive has become less important. But after being “battered pretty badly in the downturn” a decade ago, Campbell said Gudel has made it a priority to diversify its customer base.

Here’s the truth about recessions: No one knows when they’re coming. They don’t come along simply because it has been awhile since the last one. And since the data used to track the economy is based on events in the past, Michigan could slip into a downturn before anyone realizes it.

Employer groups say the best-prepared companies will be the ones that have used the economic recovery of the past eight years to invest — in people, technology and equipment — before a weakening economy causes companies to pull back.

“Knock on wood, right now we’re certainly not panicked,” Campbell said. “We’re aware it’s going to cycle. I would say we’re prepared as anyone can be.”

Recessions typically are triggered by one of two things — a policy choice, like the Federal Reserve’s decision in the late 1970s to raise interest rates to control inflation; or some external shock to the system, like the dotcom bubble in the late 1990s or the financial crisis in 2007.

Economists point to any number of events that could cause economic shock, including overheating in Chinese real estate, Brexit, the rising threat posed by North Korea, or President Trump’s desire to renegotiate international trade deals.

Manufacturing’s share of the Michigan economy has diminished over the past decade as the state’s economic woes during the 2000s bled manufacturing jobs. By 2016, it was nearly comparable with jobs in health care as other sectors began to employ more residents.

But experts told Bridge the next recession is at least a few years away, with no imminent bubble about to pop in the U.S. economy.

“What we’ve been forecasting is for a slowdown in job growth in Michigan this year, especially relative to the last few years. But that’s different than a recession,” said Gabriel Ehrlich, an assistant research scientist in economics at the University of Michigan and director of U-M’s Research Seminar in Quantitative Economics.

“What we’re seeing now is the new normal, which is going to be slow-and-steady growth,” Ehrlich said.

Other factors, such as Michigan’s aging workforce, are more related to demographics than the length of the business cycle, he said.

Those trends, plus a skills gap between what employers need and what job candidates know how to do, have put pressure on employers that will only intensify in a recession.

On the plus side, the state has diversified its economy since 2006. Excluding government, manufacturing was the second-largest industry by number of employees that year after trade, transportation and utilities, according to data from the Michigan Bureau of Labor Market Information and Strategic Initiatives.

By 2016, education and health services and professional and business services sectors had surpassed manufacturing, according to the state.

Even so, manufacturing is “still paramount to the importance of this state,” said Jeff Guilfoyle, an economist and a vice president at Public Sector Consultants. The auto industry has transitioned toward more research and development on mobility and vehicle technology, Guilfoyle noted, but “assembly plants still employ a lot of people.”

Tier 1 auto suppliers — companies that generally supply directly to automakers — likely will be able to weather any change in the automotive business model because many have shifted into new vehicle technologies, said Laurie Harbour, president and CEO of Southfield-based Harbour Results Inc., a consultant to the auto supply chain.

It’s the smaller firms that make parts for larger suppliers, such as tooling companies, she worries about. That group often is made up of family-owned companies with aging owners, often in their late 50s, who more likely would retire than go through another recession.

Manufacturers too reliant on any one product or business sector are “without a doubt” the most vulnerable to fluctuations in the economy, said Chuck Hadden, president and CEO of the Michigan Manufacturers Association, a Lansing-based trade group.

Many now seek new markets for their products, Hadden said. A company that makes a fuel pump might also look at building water or other pumps, for instance.

Company leaders also prepare more detailed business forecasts than they used to, looking at all projects in the pipeline, to get a better picture of the market.

Gudel’s 88-person workforce is at least 30 percent bigger than it was at the worst of the recession, he said. Gudel’s U.S. operation makes $40 million in revenue annually, he said, while its Swiss parent has sales between $300 million and $350 million annually. 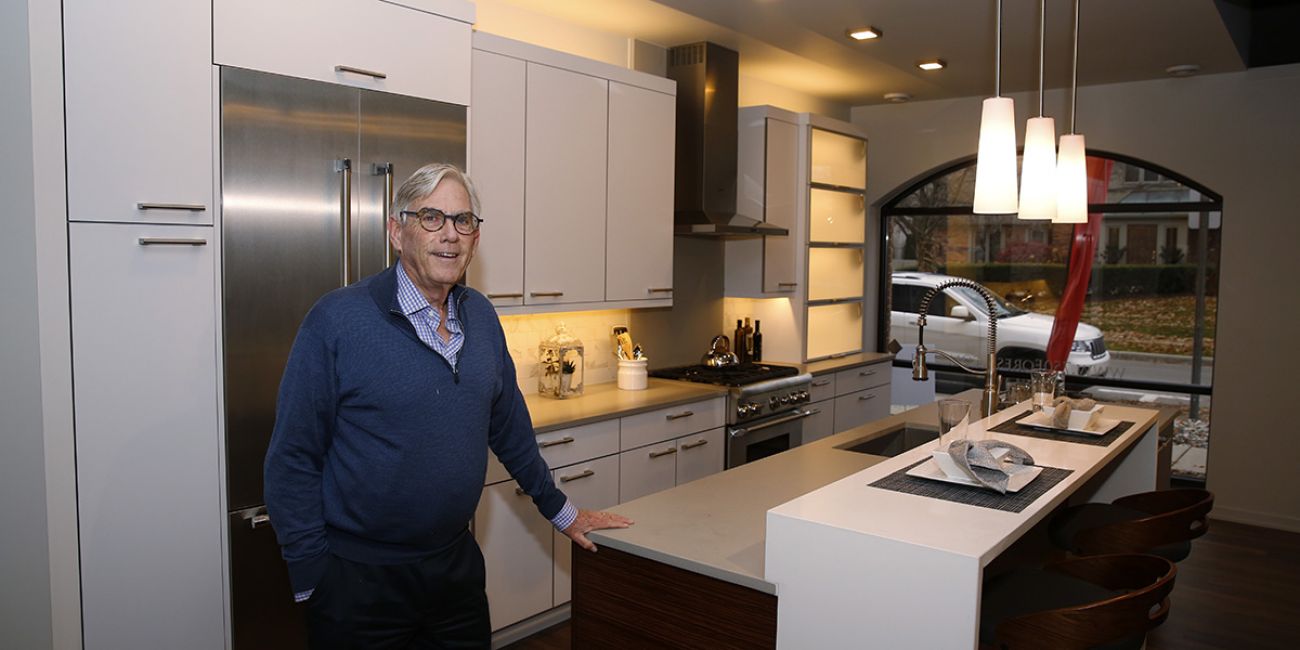 Business leaders’ confidence in the economy, however, depends on who you ask.

Business Leaders for Michigan, the state’s business roundtable made up of executives from the state’s largest companies, found in a recent survey 58 percent of employers were optimistic about the state’s economic growth over the next six months.

Yet employers in a new survey by the American Society of Employers were less optimistic, with just 29 percent saying they expect better business conditions over the next six months. Still, 89 percent of companies said they believe hiring will stay the same or increase compared to the past six months.

That disparity shows why “business confidence can be a terrible leading indicator,” said Mary Corrado, president and CEO of the American Society of Employers, a Livonia-based membership organization representing nearly 800 companies in Michigan. “How do you feel today? Next week you might land that huge contract, and all of a sudden your optimism changes a bit.”

Any optimism hasn’t translated into higher wages, however.

Corrado’s group released September survey results that showed employers expected to pay 3 percent average wage increases this year and next, a figure that hasn’t changed since 2009.

The findings illustrate a trend that has puzzled economists: Low unemployment should be triggering employers to raise wages significantly to attract talent, but it hasn’t happened to a large degree.

One explanation could be that employers are choosing other ways to invest than through wages or salaries, such as training and development or other benefits designed to recruit “the best and brightest,” Corrado said. So a company may not offer 5 percent raises each year, but instead offer a more family-friendly workplace or pay for workers’ health care.

Some employers remain cautious, the pain still fresh from the last recession.

“I do think companies are kind of keeping as much cash as they can in anticipation” of the next downturn, Corrado said. “The time is right for us to have another dip in the economy, so we’re all kind of holding our breath wondering when it’s going to be.”

Nationally, U.S. companies reportedly are sitting on more than $1 trillion in cash; public firms are choosing to spend money on shareholder dividends, buying back shares to boost their stock prices and acquiring other companies, noted Charles Ballard, an economist at Michigan State University.

“None of those does anything to improve the productive capacity of the economy, and none of them does anything for wages,” he added. “This is all part of what I call, and others call, the ‘financialization’ of the U.S. economy.”

Ballard added that Michigan businesses didn’t need to pay more to attract talent during the recession because so many people were unemployed, which might be a reason employers remained reluctant to do so as the economy healed.

“Employers got very accustomed to modest wage increases, and I don’t know how long that will take to change,” Ballard said. “There’s almost been a culture shift.”

Guilfoyle said one possible advantage to a long, slow expansion is that some places that have not felt the effects of the recovery so far still might before the next down cycle comes.

As the labor pool continues to tighten, he said, employers will have more of an incentive to help draw people back to work, including by making more of an effort to find workers who faced job barriers in the past, such as parolees.

The firm gave annual raises of 4.5 percent to 5 percent before the recession, Robertson said, but he doesn’t think the company has given more than 3 percent annually over the past five years.

Robertson said today his company takes on smaller projects that require less financing. And the company builds far fewer speculative homes — houses without a buyer on the other end, often used as model homes within a planned development — that can wind up sitting when the market tanks.

“We used to say that our assistants had assistants,” he said. “We were throwing people at problems instead of stopping and figuring out the problems and trying to be more efficient.”

Now, “we wait until we desperately have to have somebody before we put somebody on board.”