If you don’t want to lose your job to a robot, don’t think like one

Business Watch
If you don’t want to lose your job to a robot, don’t think like one

The American job market holds few guarantees, and its future might hold even fewer. But in making critical career decisions, here’s a question you might ask yourself:

Am I a Roomba?

Chris Adami, a theoretical physicist and Michigan State University professor with a knack for breaking down artificial intelligence into simple terms, explains.

A Roomba – the robotic floor sweeper – he said, is a familiar and easily understood example of how artificial intelligence works: “It senses the environment it’s in. It moves around, using an intelligent algorithm. Its reaction is appropriate given the sensory input it has.”

And if this is some version of your job – if you work on an assembly line, if you analyze data, even if you are a fancy doctor who reads X-rays and MRI scans – chances are there’s a Roomba-type device waiting to replace you, or, if you’re lucky, help you do your job better. It might not have been built yet. But it’s possible, and it might already be here.

MORE COVERAGE:  The disappearing cashier. And why Michigan should worry.

MORE COVERAGE: 4 tips for staying employed in the age of Artificial Intelligence

The changes that will be wrought by artificial intelligence are anything but certain in Michigan, or even knowable. Jobs will undoubtedly be lost, and others gained. The people who do the former will not necessarily be able to do the latter. The trick, experts say, will be to craft policy to help as many of the lost-jobs population join the found-jobs group.

But first, a little bit more about Roombas.

To avoid unemployment, Adami advises, don’t be a Roomba. Be the person who builds the Roomba. Or who thinks of new ways to use a Roomba. Those jobs are likely to be safe.

The bad news is, a lot of people qualify as Roombas. Tesla, the electric-car maker, modified a plant in Fremont, Calif. to make its Model S with as few human beings as possible. These machines employ A.I. as they assemble their product, doing jobs humans still do in more conventional plants.

And with driverless cars ‒ a very advanced Roomba, sensing and reacting to the road at a much faster clip than the floor sweeper ‒ in their infancy on Michigan roads, professional drivers might fear their jobs will disappear.

But there’s good news, too: Throughout history, technology has destroyed jobs and created new ones, and many more of the latter than the former. Farm work is no longer done by hand, but the increased food production made possible by mechanizing planting and harvesting gave humans the freedom to put their talents to use elsewhere.

“The average person looks at this and says, ‘Oh, self-driving cars will eliminate truck driving jobs. We’ll have all these unemployed truck drivers. The economy will lose jobs,’” said Tim Bartik, senior economist at the W.E. Upjohn Institute for Employment Research.

When we moved from horses to cars, he said, we saw a permanent loss of jobs – stable hands, harness makers, even the horses themselves – but we adjusted, and cars ushered in an explosion of wealth and new industry.

“I don’t know what the large impact will be, and I don’t think anyone else does, either,” Bartik said. Some jobs may remain even after it’s possible to replace them with intelligent robots: “If it costs (an employer) more to buy the driverless car than pay a driver, that’s what will happen.” 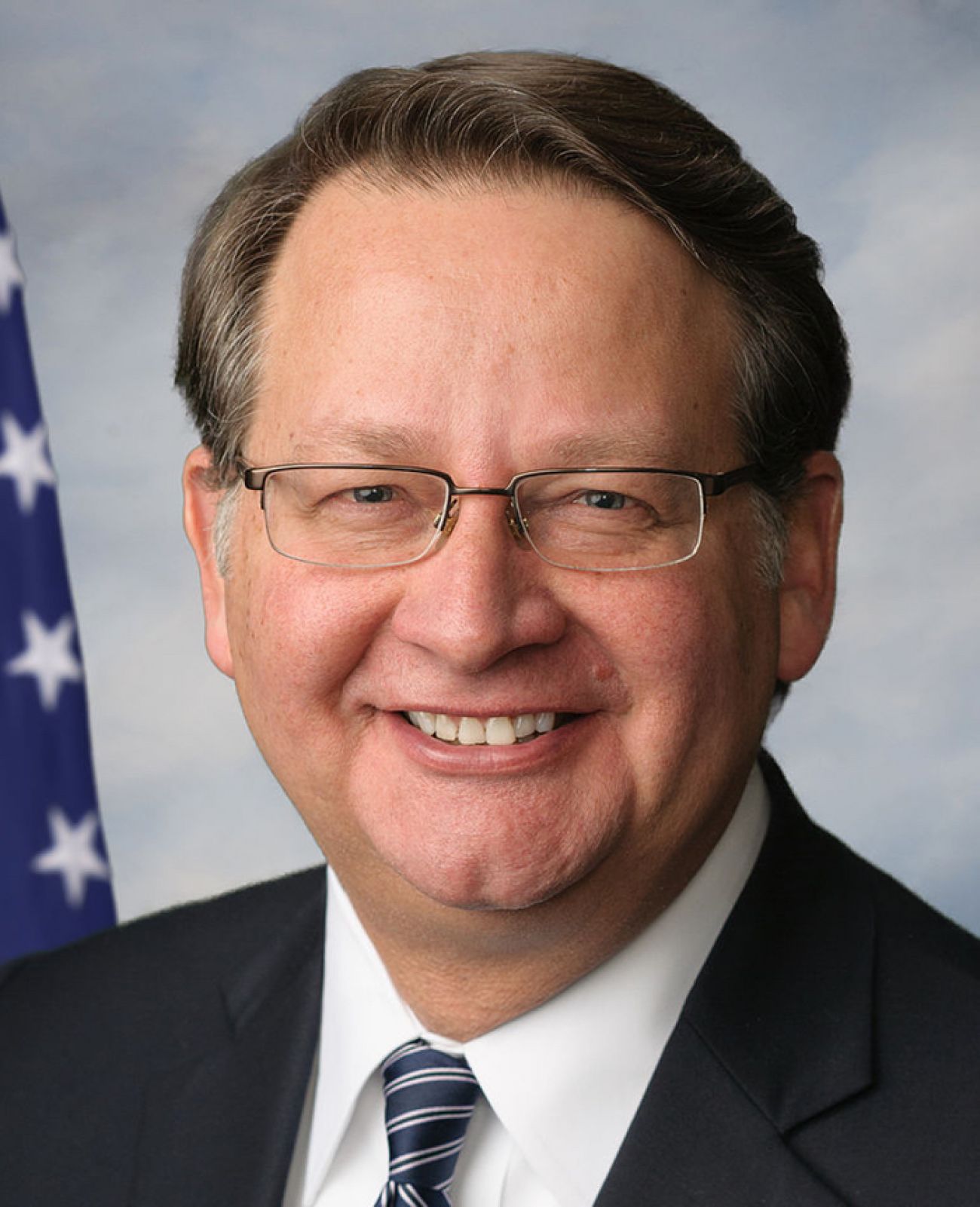 Don’t fear the future, but don’t ignore it

Denying technology didn’t work for the Luddites, and it won’t work for Michigan, either. U.S. Sen. Gary Peters sees the state at a critical moment, with driverless car technology potentially unleashing the next wave of wealth creation.

“When A.I. can pilot a car through a complex city environment, it will be transformative for every industry,” Peters told Bridge. “It’s critical that we do that in Michigan.”

To Peters, and others, now is not the time to fear the changes automation and artificial intelligence will bring to the Michigan workplace, or build defenses against it.

Crafting policy to support the change has two parts, he said: Supporting technology businesses in general, and improving science and technology education at all levels, and for all students.

“The more people who have access to (STEM education), the better,” Peters said. “We need to move science and technology innovation forward.”

The state’s position as the center of the domestic auto industry puts it in a good position to capitalize on A.I. and other advanced technologies in driverless cars, said Tom Kelly, CEO and executive director of Automation Alley, a business association for manufacturing and tech companies based in Troy.

“My hope and passion is that we will understand technology faster than Silicon Valley understands how to make stuff,” Kelly said. “My fear is that our region has a long history of trying to bar the gate instead of embracing change, accepting failure, moving faster.”

To Kelly, A.I. will be ubiquitous in workplaces, across all industries, very quickly. (It’s most likely already in your daily life. When Amazon and Netflix make recommendations for your next purchase, when your smart-home speaker learns to recognize your voice, even your smartphone’s digital assistant that you order to make calls when you’re driving – these are all A.I. applications at work.)

Lenders will rely on the ability of deep-learning computers to find patterns in applicants’ data, looking for risks beyond those reflected by a credit score. A.I.-assisted technology will find tumors on MRI scans that a human radiologist might miss, serving as another layer of backup, or enabling that flesh-and-blood human to read far more scans than he or she could competently do in a day. Parts coming off an assembly line can be inspected for defects by scanners and electric eyes that work tirelessly and learn as they go.

“The radiologist won’t go away,” Kelly said. “It’s a corroboration tool, not a be-all and end-all.”

Farewell to (at least some) jobs

But in the short term, some jobs will almost certainly disappear, and policy solutions are mainly speculative at this point.

“It depends on where the money goes,” Bartik said.

If cars can be built by robots at a blistering pace compared to humans, the price of cars will almost certainly fall, and consumers will be rewarded in greater spending power. But the largest share of savings will go to the owners of real capital, the highly paid designers of these systems and a few others, Bartik said.

This has the potential to make income inequality even more lopsided than it is now. But if some of that money is invested in improved education for the new job market, it could lessen the misery for those left behind, said Bartik.

There’s no getting around the fact that more lower-skilled jobs will be lost than we may yet realize, and some of those workers may not be equipped to adjust.

“There aren’t going to be too many truck drivers who say, ‘I’ll guess I’ll go back to school and get a PhD in A.I.,’” Bartik said.

Such upheavals may even spark talk of concepts that may horrify some of today’s politicians, said Kelly, of Automation Alley.

“We’ll have to create a mechanism, legislatively, whatever,” he said. “Maybe taxing robots? And use that capital for retraining. Free college, or even universal basic income,” a guaranteed, fixed payment to families to keep them out of poverty if they’re unable to adjust to the new economy.

“To get by in life, it used to be that you needed a high-school education,” Kelly said. “College wasn’t necessary. Now four years of college is what high school was.” What we expect from these institutions may also change, because it has to change.

“Community colleges are starting to rebound with apprenticeship programs,” said Mike Coast, president and CEO of the Michigan Manufacturing Technology Center, which provides consulting and development services to small to mid-size businesses. To Coast, even smaller firms, which comprise about 85 percent of manufacturing around the country, can be made vastly more efficient and profitable – and able to grow faster – as a result of new technologies.

“Michigan is ready for this change,” Coast said. “Someone has to think for the robot, and there are more engineers on a per-capita basis here than any other state.” 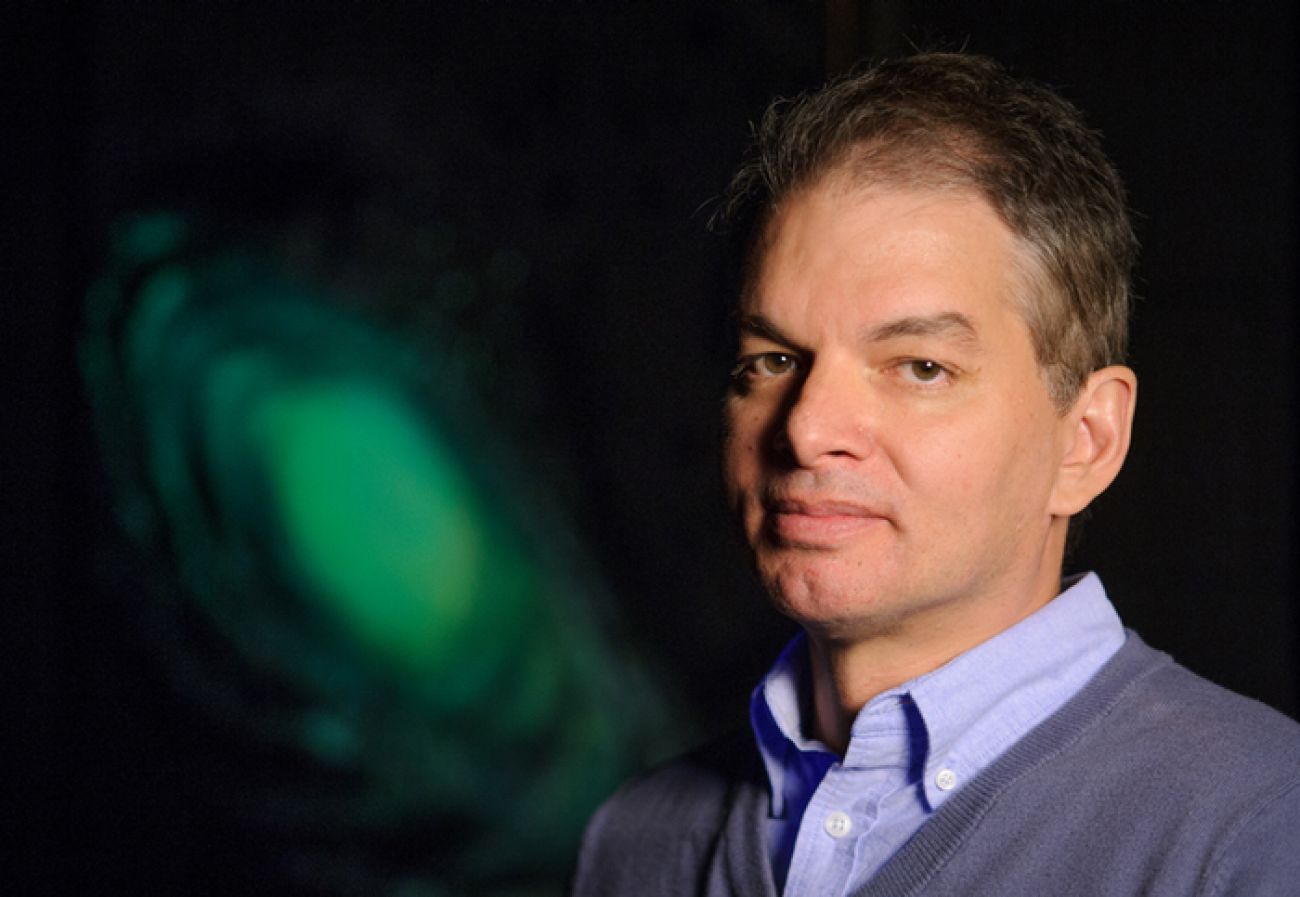 So what of the worker who isn’t capable of, or interested in, engineering or other work wrangling robots? Chris Adami, the MSU professor with the Roomba metaphor, has good news for them, too.

“There will be more free time for everybody, and what do people do then? They consume entertainment. So there will be a market for content generation. Look at the kids who’ve made themselves YouTube stars. This cannot be done by robots.”

(Perhaps one of those budding stars might want to start with a compilation of amusing videos of cats, riding Roombas.)

Which is not to be flip. What Adami is getting at is serious: Human beings are creative in ways that even the most advanced robots aren’t, and our intelligence is vastly more complex. A Roomba can sweep a floor, but human beings can sweep a floor while planning dinner or composing poetry in their heads. A driverless car can navigate a road, but people do that every day, while listening to the radio and rehearsing a sales pitch at the same time.

In the short run, Adami concedes, “there will be pain. A lot of people will not be able to transition.” But he has faith in humanity to figure it out, if policymakers and others understand the coming sea change and adapt to it.

“It’s not a question of intelligence, but education,” Adami said. “People can be retrained, All have roughly the same kind of intelligence. The opportunities are there.”