The state’s unemployment agency is still trying to determine how many claims paid out improperly during the pandemic will have to be recouped, putting workers in a tough spot during tax season. (Shutterstock)
February 16, 2022
Paula Gardner (Email)
Business Watch
Michigan unemployment

Michigan unemployment officials say 1.2 million residents — about 25 percent of the state’s labor force — should receive a 1099 tax form by the end of February, a month late, so they can file annual income taxes.

But even as workers await the document, the state has yet to decide whether thousands of jobless workers will have to repay up to $5.7 billion in unemployment benefits the state says it paid in error during the pandemic.

That could leave some taxpayers saddled with reportable income on 2021 federal and state taxes that they may later have to return to the state.

Some question how many residents may face garnishment of their wages or tax refunds if they are later ordered to repay overpayments, even if they obtained benefits in good faith and requested a repayment waiver.

“If I were somebody who collected benefits in 2021 I would be very upset and very confused,” said David Blanchard, an Ann Arbor attorney who has filed a class-action lawsuit against the Unemployment Insurance Agency for changing benefit eligibility rules a year after payments were made.

“The state thinks you owe it back, but you have to record it on your taxes as money received,” he said. “ And then it might be waived, too.”

UIA received a federal extension in January,  allowing it to delay distribution of 1099-G forms — which report income received from a government entity — for one month.

The UIA said on a webpage the delays are “caused by corrections that must be made to ensure statement accuracy. In addition, waivers granted in 2021 are contributing to the delay.”

More recently, the agency announced it received approval from the U.S. Department of Labor to expand eligibility for waivers for workers receiving pandemic benefits that were later determined to have been in error.

For Michigan residents, the 1099 form delay compressed the time frame for people who received jobless benefits in 2021 to file income taxes.

“Without the 1099, workers are forced with making a choice between filing their tax returns without the 1099 and then filing an amended one later, which (the U.S.) Treasury frowns upon, or waiting and filing after they get it,” Lisa Ruby, public benefits attorney with the Michigan Poverty Law Clinic, which advocates for low-income residents, told Bridge Michigan.

“It's a problem for low-income families who have other credits coming their way, like the Home Heating Credit and the Earned Income Tax Credit,” she said. “These households are counting on this income.”

Both Democratic and Republican state lawmakers continue to monitor progress in the troubled UIA, which is under its third director within a year. During the pandemic, the agency disregarded federal payment eligibility guidelines, didn’t adapt its cumbersome computer system and faced wide backlash for not being accessible or responsive to an avalanche of unemployed workers as the virus first tore through Michigan, closing businesses and disrupting the economy.

As more than 3 million people sought jobless relief, the agency’s failures “tripped people up in a million different ways,” said state Sen. Jeff Irwin, a Democrat from Ann Arbor. Slow payments, lost paperwork, rule changes and more continue to be issues for UIA and sources of frustration for individuals caught up in it, he said.

So far, Irwin said, his office has received a few calls from people who are worried about their tax forms and liabilities.

“I’m worried that, much like the problems we are having with unemployment in general, are a few calls now going to become hundreds calling later?” he said.

Rep. Steve Johnson, a Republican from Wayland and chair of the House Oversight Committee, said he’s also concerned about an uptick in calls to his office from people asking about requests for restitution.

“There just seems to be a myriad of issues.”

Here’s what to know now about UIA, tax forms and waivers:

Who gets a restitution waiver remains unclear

The state hasn’t yet determined when it will resolve the number of restitution waivers it will issue, or how many people will have to repay benefits.

The state’s accounting shows $8.5 billion in unemployment benefits it shouldn’t have paid since the start of the pandemic, including $2.8 billion paid in fraudulent claims, according to a recent audit.

The remaining $5.7 billion represents claims that were later ruled ineligible due to rule changes, UIA error or other reasons.  At least 758,000 unemployment claims had to be reconsidered and approved after the state disclosed it hadn’t initially followed federal guidance. Roughly half have received waivers of repayment so far.

The agency has not yet made clear how many of those claims have yet to be resolved.

The recent federal labor ruling will allow the state to issue more waivers, but many details remain in flux, including when an individual will learn a waiver has been granted.

UIA spokesperson Nick Assendelft told Bridge this week that the state is reviewing the 40-page federal document on which people who received Pandemic Unemployment Assistance and other temporary programs through last September are waiver eligible. Roughly 70 percent of the 3.46 million residents who filed for unemployment during the pandemic collected temporary benefits.

“We need to go through and make sure we totally understand what the guidance is and how it might apply,” Assendelft said, “and then we have to go through our system and see who all those would apply to.”

Some people who were told to return unemployment benefits now face wage garnishment. Others worry that tax refunds also could be seized, even if they’re contesting a ruling on an overpayment or expecting to have repayment waived.

UIA Director Julia Dale told state legislators during a Joint Oversight hearing in mid-January that the state was exploring both waivers and halting collections on overpayments.

However, Assendelft told Bridge Michigan this week, “collections have not been paused.”

“We are still working to determine (if we can do that),” he said.

Tax forms are not likely to be updated to reflect restitution

“Waivers do not relieve a claimant of their income tax obligations,” Assendelft said.

There is however a place on your taxes to record your repayment of government funds. The Internal Revenue Service addresses repayments on page 71 of its federal income tax guidance issued to the public for tax year 2021, noting that a taxpayer can deduct a repayment from their income.

Michigan Legal Help, a statewide nonprofit organization funded in part by the Michigan Bar Association, also offers options for getting help, particularly for low- to moderate income residents. Another resource is an online resource for free tax assistance. 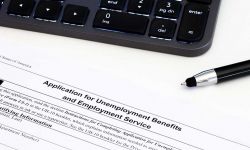