Small businesses in Michigan seem to have a single focus this winter: survival.

Ron Stevens, associate director of the Small Business Development Center for Greater Washtenaw County, said he’s having daily conversations about strategies to remain open with owners who reach out to him for help.

“Most of those discussions are about managing cash and limiting expenses as much as we can until we get to spring,” Stevens said.

Part of Stevens’ effort now includes encouraging business owners to see if they’re eligible for state and federal programs that policymakers said they hope will keep doors open at places that are struggling due to the pandemic.

Stevens’ advice to small businesses: “They should look at it,” he said. “They should be talking to their banks now. Don’t wait. “

PPP’s latest funding allows for $284 billion in loans to small businesses across the United States, either up to $10 million for first-time applicants with fewer than 300 employees or up to $2 million for so-called second draws if the business can demonstrate a 25 percent or more decline in second-quarter gross receipts. The loans could turn into grants.

For information on the Small Business Survival Grants:

Applicants must have an account in the agency’s Connect Space. You may create one ahead of applying. Information can be found here.

For information on the Michigan Stages Survival Grants:

Applicants must have 30 or fewer employees, and they can’t also apply for the Small Business Survival Grants. Details are here.

While limited applications were allowed last week, including through community banks, the program fully opens on Tuesday.

Demand is expected to be high across the country, say business advocates who spent much of last week distributing information as it became available.

Michigan officials expect high demand, too, for the rollout of several state programs to aid small businesses and employees affected by the state’s restrictions on several types of businesses, including bars and restaurants.

“There continues to be an overwhelming need for relief,” said Mark Burton, president and CEO of the Michigan Economic Development Corporation,

"... perhaps now more than ever during these winter months.”

Applications open at 9 a.m. Tuesday for $55 million in Michigan Small Business Survival Grant Program, with an additional $3.5 million earmarked for the Michigan Stages Survival Grant Program that will open to applicants on Thursday. Those chosen for survival grants can receive up to $20,000 if they were closed, or $15,000 for partial closures, while venues could receive up to $40,000. Meanwhile, a grant program for employees affected by the recent restrictions opened on Friday. Applicants can get up to $1,650.

Small businesses – or those with fewer than 500 employees – make up 99.6 percent of Michigan businesses, according to federal data from 2019. Those businesses account for about one-half of the state’s jobs. The largest share comes among businesses with 100 employees or fewer.

Yet national data from Opportunity Insights shows that small business revenue in Michigan was down 35.3 percent in December compared to January 2020. Over the same period, 37.1 percent fewer small businesses were open in the state. The steepest decline is among the businesses affected by Michigan’s restrictions on indoor dining and gathering, including leisure and hospitality businesses, which showed 60.8 percent fewer establishments open at year-end.

The situation among small businesses may not be apparent to people who see manufacturing’s rebound or hear about steep increases in consumer spending, said Brian Calley, president of the Small Business Association of Michigan. But the outlook for many of them is dire, he said.

“There are huge segments of small businesses that have lost everything or are on the verge of it,” said Calley during an early January interview. 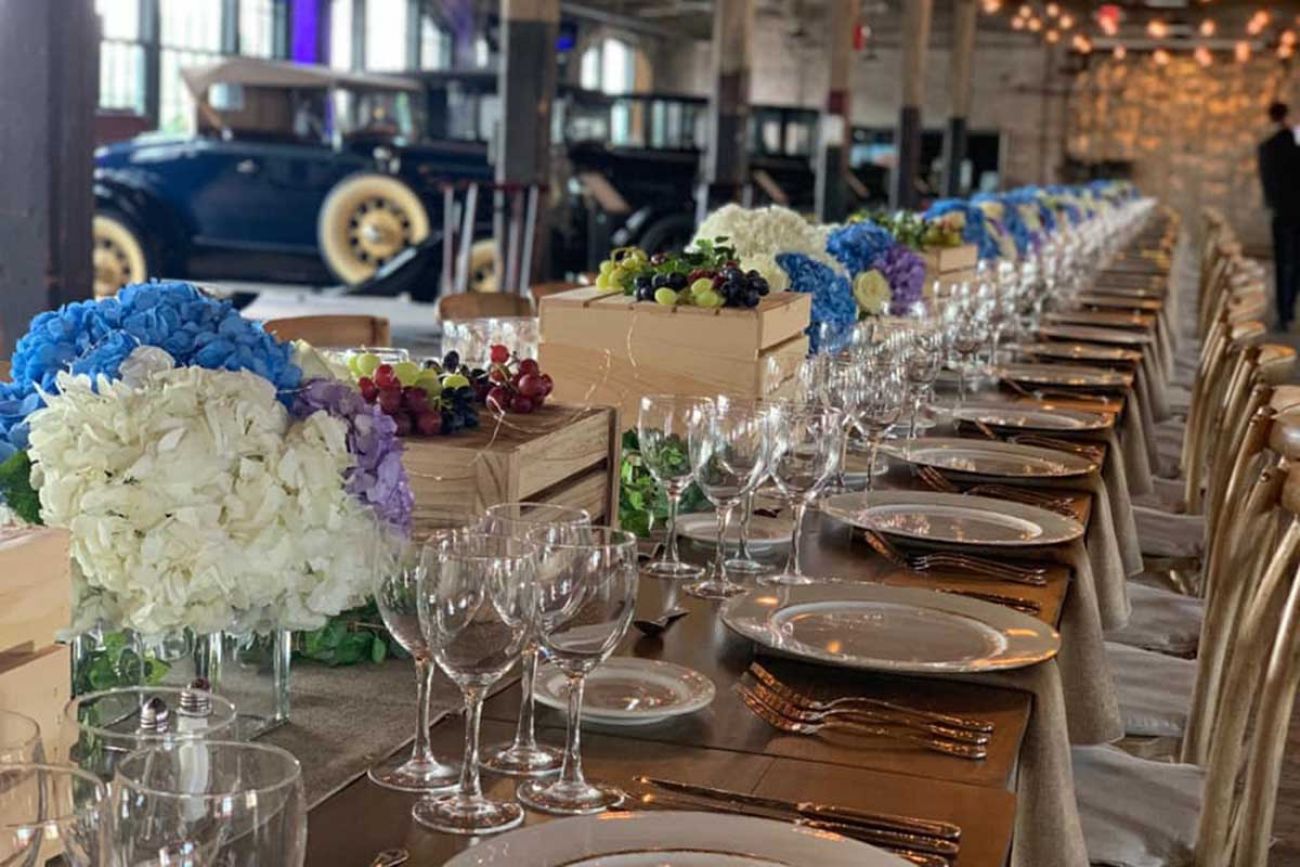 The first iteration of PPP was approved in March as part of the CARES Act. The second round of PPP lending opened last week for community banks and small lenders. On Tuesday, all applicants and lenders can start applying.

Eligibility for the early 2021 version of the program has changed: First-time applicants can have up to 500 employees, and “second draw” applications must demonstrate losses of 25 percent in the second quarter of 2020 over the previous year. In addition, $25 billion of the $284 billion program is set aside for businesses with 10 or fewer employees.

The good news from this round of PPP, said Diane Keller, president and CEO of the Ann Arbor/Ypsilanti Regional Chamber of Commerce, is that the U.S. Small Business Administration has simplified some of the application processes, so it’s “not as onerous as the first round.”

However, small businesses without an accounting or lending relationship with a bank still may struggle, said Keller, much as they did in spring 2020 when the CARES Act was passed. If they do their own bookkeeping, for example, they’re having to run their businesses while navigating forms and their documents.

Yet making a business owner feel like applying is worth the effort is a goal across business advocacy groups in Michigan.

“PPP is by far the most important thing on our plate right now,” Calley said. “It’s the difference between survival and extinction.”

However, the PPP loan may not be an immediate solution. Keller said that some banks are not participating this time, and lenders still may be setting up their processes for customers.

Stevens also notes that the program is “one size fits all” across the U.S. and there will be some businesses who won’t fit the criteria. He’s already talked to a few owners who fall just short of the 25 percent revenue decline for a second draw.

At the same time, Stevens said, Michigan business needs likely go well beyond what other states are experiencing, due to the statewide restrictions that were put in place here, including the November limits for indoor activities and dining.

That may keep anxiety high even as some state businesses start to receive funding in the coming months.

“What’s next after PPP runs out? More stimulus?” Stevens said. “That’s where Michigan factors in. If 40 states are pretty open at that point and another 10 are not, they are in a much more difficult position. “

"Gut-wrenching” is how Iva Forester Harrison described the moment when Gov. Gretchen Whitmer on January 13 announced that restrictions from mid-November on indoor gatherings would continue at least through the end of the month.

Harrison owns Affairs to Remember in Commerce Township, where her rented 10,000-square-foot building is a hub for the weddings and other events that she and her staff set up across Metro Detroit. After 10 months of restrictions that ranged from fully closed to limited operations, the business – along with many other event-oriented operations, like dining – is limping toward spring.

Unclear is when restrictions will be lifted and whether customers will still want to host events for hundreds of people.

In the meantime, Harrison has $12,000 per month in bills, including rent, but revenue is now down to about 2 percent of what the company made in the second quarter of 2019.

“That’s not even close [to covering costs],” Harrison said. “I’m living off credit cards to pay the bills.”

The state’s new Small Business Survival Grants are meant to help business owners like Harrison who have fewer than 100 employees and were affected by the restrictions started Nov. 18. While some businesses – like casinos and bowling alleys – this month were allowed limited reopenings, others, such as bars and restaurants, still cannot open dining rooms.

The state, so far, has spent $180 million in assistance to more than 18,500 small businesses, said Burton, CEO of the MEDC. The need is extensive, he added, and that is one reason why the application window is just a few days.

“Greater need exists than any amount of resources that we are facilitating,” Burton said, noting that a $10 million grant program in December was “literally exhausted in minutes.”

Harrison said she spent nine hours on the phone, on hold, during that round of funding help, when the state took first-come, first-served applications for $15,000 Small Business Relief grants. About 650 were awarded, the state said, leaving an additional 22,228 owners– like Harrison – who had tried.

With the latest grant program, at least 3,600 businesses should receive the grants, which will be awarded by 15 local economic development groups across the state. The funding will provide “working capital to support payroll, rent or mortgage or utility [payments],” Burton said.

Evaluations will begin soon, and all funds will be awarded by Feb. 28,

Events and in-person marketing were a $62 billion industry in the natio in 2018. Harrison’s business went from planning weddings for hundreds of guests to customers who rent just a few tablecloths from her for small weddings. Meanwhile, the 300 or so events that had been postponed until this year are starting to be canceled or postponed again.

All of that limits the potential for Harrison’s business, and she’s left wondering how she will be able to navigate until the weather allows outdoor gatherings.

“I love my business,” she said. “I love making people happy. That really brings me joy. “

However, she said, “we’re not like restaurants where we can do to-go orders to generate income.”

Harrison said her husband works, so her family has some financial backup. But she’s worried about her 10 full-time employees and the three dozen part-timers who she normally hires during her peak seasons. PPP helped with payroll last spring, and it could be an option again.

But Harrison said she knows some people who get the funding won’t be at the level of desperation that she’s seeing among her industry or others that weren’t able to adapt to online or carryout sales.

“Tell us help is coming,” she said. “We need to get this done so we can get people back to work.”