New grocery in Grand Rapids is about more than food. It’s about equity too.

Business Watch
New grocery in Grand Rapids is about more than food. It’s about equity too.

Standing before a group of three vacant storefronts on Hall Avenue in southeast Grand Rapids, she explains how it’s ready to do that again — and perhaps influence her neighborhood at the same time.

The center door leads to a space that Kelly envisions using, maybe creating a deli or setting up dining tables. It’s directly behind the small building at 1220 S. Kalamazoo, where her Southeast Market will open in early 2021.

Kelly is opening a permanent farmers market-style store in a neighborhood where fresh food options are limited and at a time when research shows Black-owned businesses are closing faster than others.

“It’s something you can make money off of and feed your soul at the same time,” Kelly said.

A Grand Rapids native, Kelly returned to the city early this summer with a degree from the University of Michigan, where she studied environmental science and sustainable business.  She looked back on her years of working through her own childhood obesity and employment in nutrition programs for nonprofits in the city.

And she said she’s recognized the COVID-19 pandemic opened a window into food sourcing that many hadn’t seen. 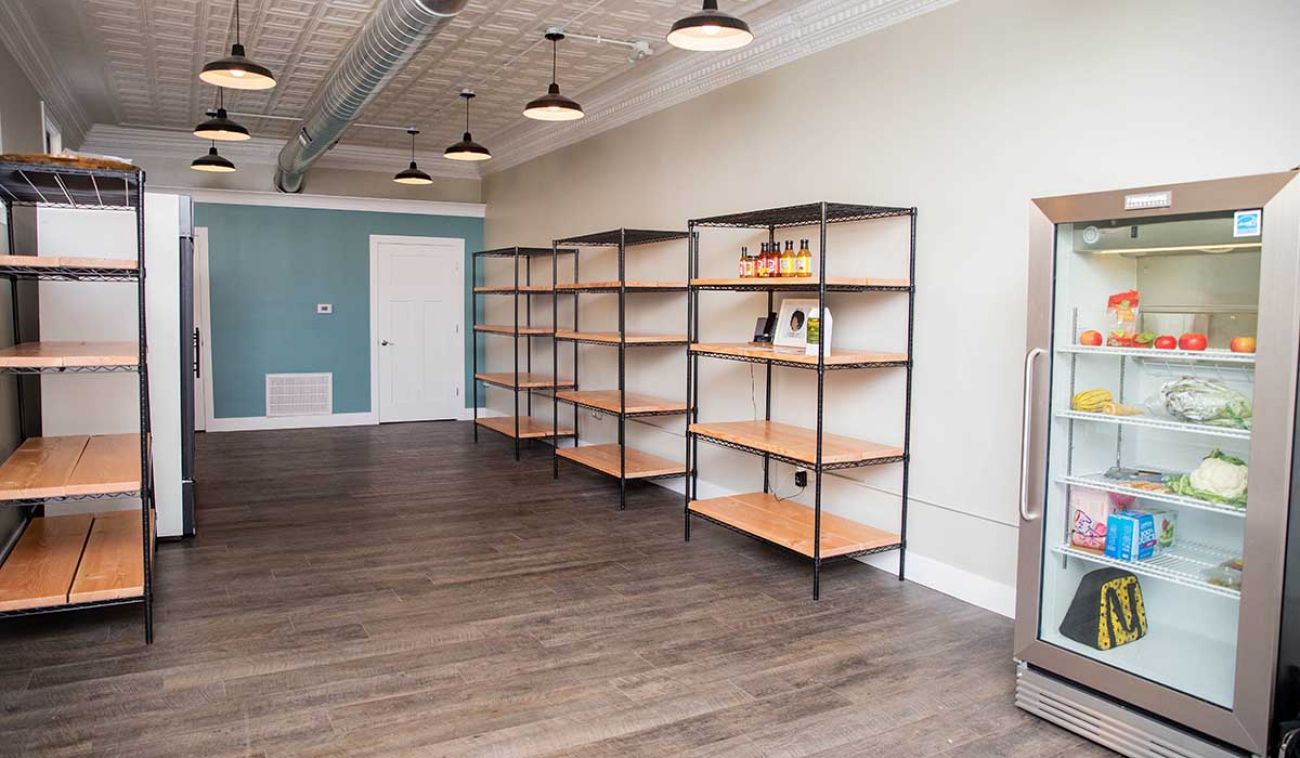 “It became really clear that there were some inefficiencies and fragile parts of our food system that needed to be addressed,” Kelly said. That included outbreaks at meat-packing plants and within migrant farm worker communities, and how being overweight and unhealthy could make the virus’ effects worse.

Community response to the Southeast Area Farmers Market, which opened in July and showcased Black vendors, was among the inspirations for Kelly to take the leap and open a brick-and-mortar store.  She signed a lease in September for 700 square feet in a former beauty supply store operated by the landlord’s mother.

The price was enticing, Kelly said. More importantly, it was in the center of a neighborhood that needs it, both near her own home and complete with “the foot traffic I was looking for.”

Boston Square is in Grand Rapids ZIP Code 49507, a 5-mile area home to many of the city’s traditionally Black neighborhoods and a handful of grocery stores.

The ZIP Code is 41 percent Black, twice the rate for Michigan’s second-largest city as a whole. The area is 37 percent white, while about 16 percent describe themselves as “other.” About 5 percent are biracial. 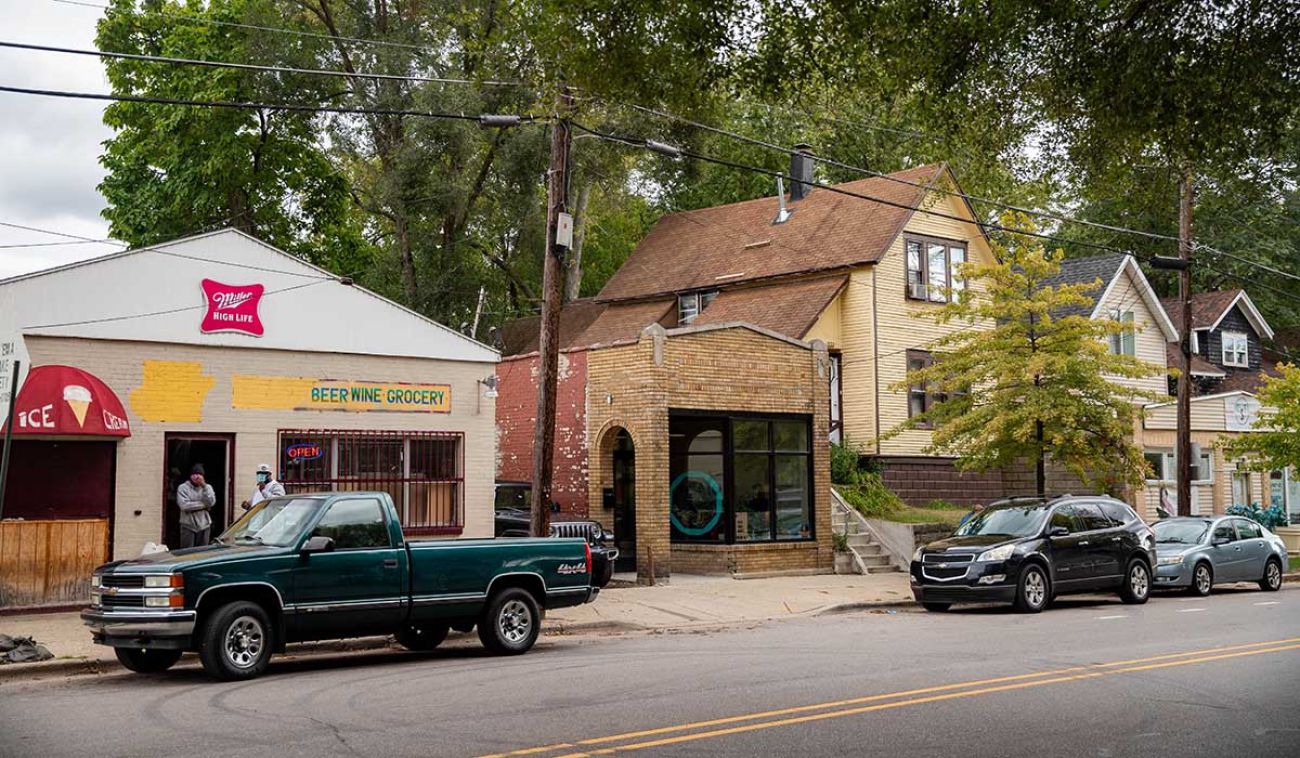 Gentrification is creeping toward the ZIP Code, Kelly said, as Grand Rapids’ housing market continues a yearslong hot streak for demand, driving up prices. Listing prices in the area doubled from January 2016 to Oct. 1, from $74,900 to $157,000. Growth was slower to the north, where listing prices climbed just $10,000 to $375,000 over the same period, according to Movato.

Then, about a half-mile south,  is a 9-acre area targeted for a planned redevelopment. About half of the neighborhood’s homes are owned; another 14 percent are vacant.

Kelly envisions her market underscoring not just health-awareness in a traditionally conservative city where marches for justice this summer mirrored some of the nation’s social unrest. She points to food access as a component of equity for nearby residents.

“We’re going to offer something very different that the neighborhood is hungry for: connection,” she said. “True connection. An experience that goes beyond just buying groceries.”

Keith Jones lives in the neighborhood and shops at Mr. B’s Party Store. Located just to the north of Southeast Market, the store is a go-to for drinks, packaged food and snacks.

Now, Jones said, people are talking about what else will be available when Southeast Market opens. Quality produce will be welcomed. So will the chance to get fresh meat. Eventually, he said, he thinks prepared foods would sell well among the families near the active intersection. 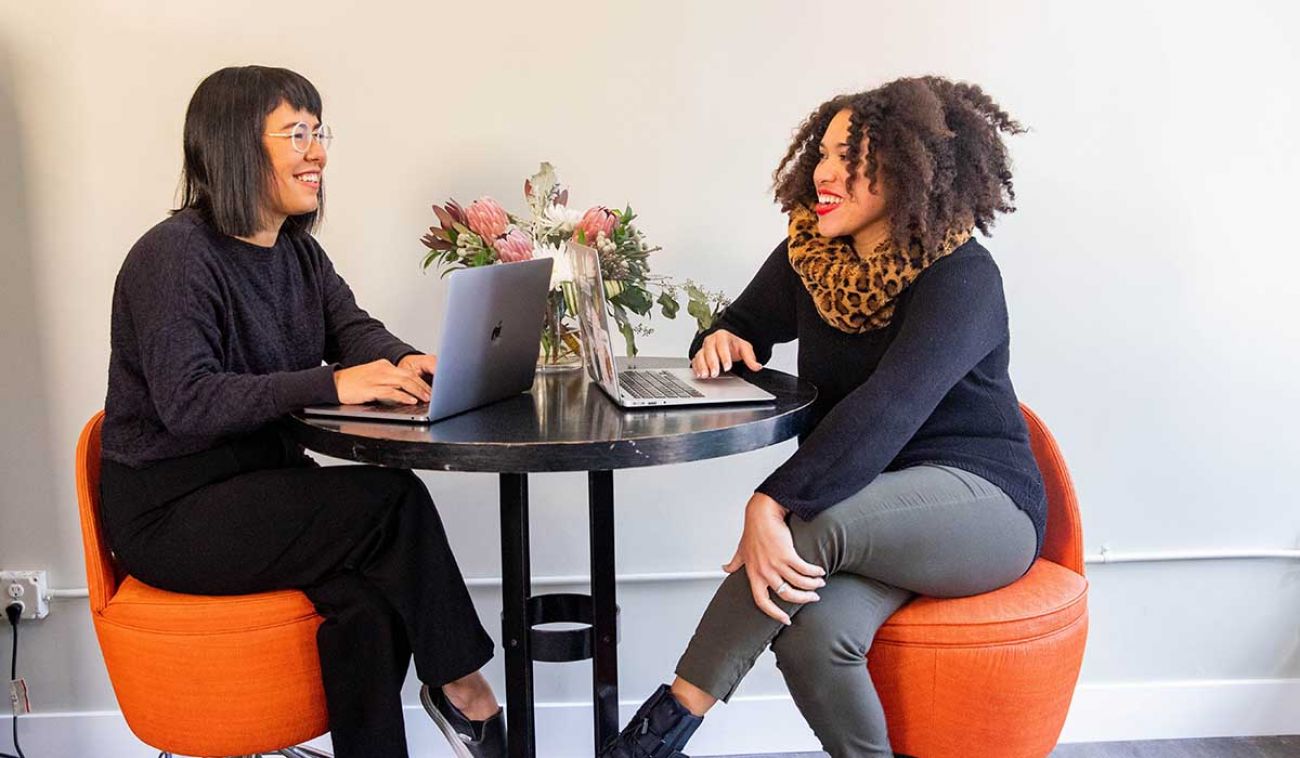 Jones doesn’t use the term “food apartheid” like  Kelly, but describes what she means as he talks about the neighboorhood having far fewer healthy options than places with fewer Black or more higher-income residents. It’s a phenomenon documented over decades, including a 2010 study called The Grocery Gap that showed convenience stores and fast food restaurants are more common in many U.S. neighborhoods that are predominantly Black.

Kelly’s endeavor comes as new business filings are increasing in Michigan, yet Black businesses are closing at a higher rate than those owned by whites.

Even the Paycheck Protection Program assistance funds for small businesses disproportionately went to non-Black businesses. According to the same study, fewer Black businesses entered the pandemic in a financially stable position, 42 percent to 73 percent for whites.

A look at loans in locations with high numbers of Black-owned businesses also show fewer loans. In Wayne County, for example, just over half of businesses there are Black-owned, yet 11.6 of its businesses received the loans to help small businesses with payroll and other costs. 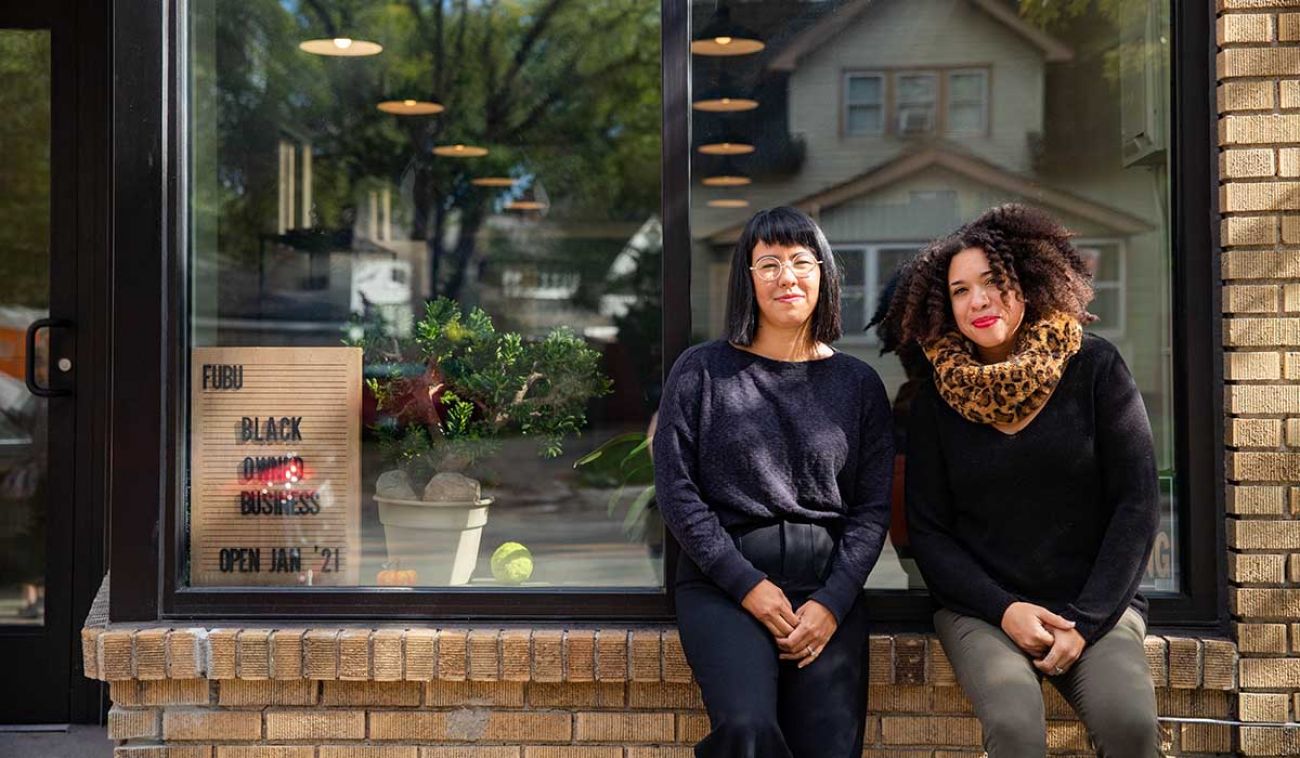 Part of the problem, said Pamela Lewis of the New Economy Initiative in Detroit, is the lack of Black business relationships with commercial lenders. She and other groups in Detroit are trying to change that for both traditional businesses and neighborhood innovators, like what Kelly is doing in Grand Rapids by creating economic opportunity while filling a void.

“That starts to change the narrative around problem-solvers,” Lewis said. “It’s less to do with economic development outcomes and more to do with culture change and inclusion.”

At the same time,  Michigan’s new business filings were up 49 percent during the last week of September over the same period in 2019, according to the U.S. Census Bureau.

It’s a sign of an entrepreneurial spirit taking hold among some in the state, said Brian Calley, president of the Small Business Association of Michigan. That’s critical for growing the state’s business base.

The coronavirus recession may be seen as a sign of risk, he said. But, he added “risk is relative,” and a person who’s lost a job or delayed starting a business may see opportunities created in the vacuum as others close.

“They might as well take that chance,” Calley said. “I’m not surprised by it. I’m encouraged that people are still trying.”

Beyond the store, Kelly wants to create a sales outlet for Black growers and food processors. Across the United States, Black farmers now comprise fewer than 2 percent of the nation’s growers.

Bruce-Michael Wilson of Groundswell Farm in Zeeland, between Holland and Grand Rapids, is one of them.

He said he’s been inundated with requests to provide products for similar markets, from Detroit to Chicago. He sees the need for better fresh food supplies when he sells in both Black and rural white communities. That’s increased during the pandemic.

“Anybody that’s trying to do something like [that] is going to be a bonus for the neighborhood,” Wilson said of local markets. “People in underserved communities just don’t have access to good food.”

Meanwhile, new for-profit, small businesses in low-resource communities help to inspire other local  entrepreneurs and can lead to jobs for nearby residents, Lewis said. They’re also paths to family wealth.

That’s one reason that Kelly feels strongly that her store shouldn’t be a nonprofit, despite some suggestions that change would generate grant funding.

She’s invested at least $40,000 in the store, using her savings and receiving about $29,000 from an online fundraiser that took off this fall.

“It’s important and powerful to show the community that this can be owned by someone like me,” Kelly said. Owning a store makes her an entrepreneur trying to build intergenerational wealth, which is something her 9-year-old daughter and customers will recognize. “More Black families need that.”

Kelly and new business partner, Khara Dewit, are working through every detail they can think of before they open the store in early 2021.

An initial group of 30 people signed on to pay $50 per week for food sourced through the market until the doors open. That will fund the first waves of food orders, and let the pair use the space more like a warehouse until it opens to regular customers.

Support has been strong. Among the volunteers is a nearby carpenter who finished the wood for shelves, and his brother, a chef, donated the metal shelf framing. The online fund-raiser exceeded the initial goal of $23,000 by $6,000 as of early October.

The building modifications for food service, like adding a prep sink, are taking shape. An application for the store to process the state’s SNAP food benefits for low-income families is in progress, and should be finalized by early 2021.

New lights in the high ceiling of the space shine brightly across the future store that looks fresh and ready for shoppers, far ahead of Kelly’s initial timeline.

“I didn’t think it was going to be pulled together this well,” said Kelly, as she and Dewit, an accountant, showed off the storefront.

Initial products will be produce, dairy items, meat and bread. The store at first won’t stock processed foods, but Kelly recognizes that her customers may be looking for them. “We don’t intend to be a ‘purist’ market,” she said, and will take advice on inventory from her customers.

Wilson, the farmer, said many markets start with the best intentions, but they have to be sustainable.

Kelly has her eyes on that goal. Making prepared meals out of inventory that isn’t fresh enough to sell is among her strategies for later in 2021. Someday, the market may have its own farm. In the meantime, she hopes, shoppers will feel a closer connection to their food.

Kelly envisions her neighborhood accompanying her as the store’s scope grows.

“Not only is the store [going to be] a space where you can find fresh, healthy food,” Kelly said. “I also want it to be a place where people in my community  … connect to the Earth, just like I did.”