State and federal lawmakers in Michigan are calling for the release of a 15-year-old high school student who has been held in a juvenile detention facility since mid-May for violating probation by not completing online schoolwork when schools shut down during the coronavirus pandemic.

Meanwhile, a new attorney representing the teenager, Grace*, whose case was detailed in a ProPublica Illinois investigation Tuesday, said he plans to file a motion in court Thursday asking the judge who ordered the girl detained to reconsider her decision and send Grace home.

The attorney, Jonathan Biernat, met with Grace for the first time Wednesday morning as her case gained national attention and sparked plans for a car-caravan protest Thursday afternoon traveling from Grace’s high school to the court complex in Oakland County. The case has launched a viral online discussion, which includes the hashtag #FreeGrace on Twitter and a Change.org petition asking for her release. The petition had more than 25,000 signatures as of Wednesday night.

“She is handling (detention) remarkably well, and she is remarkably brave. She has a ton of potential,” Biernat said. “This child had no tether violations, no house violations. There was simply an issue of her doing her work in a way that was not satisfactory” to the court.

“If the judge wanted her to get help and to succeed,” he added, “she should have kept her at home and provided her with additional services.”

Grace was a high school sophomore at Groves High School in Beverly Hills when she was charged with assault and theft last year. She was placed on probation in mid-April and, among other requirements, was to complete her schoolwork. Grace, who has ADHD and receives special education services, struggled with the transition to online learning and fell behind. Finding the girl had violated probation, an Oakland County judge on May 14 sentenced her to detention.

Judge Mary Ellen Brennan’s decision came as Michigan and other states had shut down to stop the spread of COVID-19, and as the legal and education communities had urged leniency and a prioritization of children’s health and safety amid the crisis.

Michigan Gov. Gretchen Whitmer issued an executive order in March, which was extended until late May, that encouraged eliminating any form of detention or residential placement unless a young person posed a “substantial and immediate safety risk to others.”

Acting on Whitmer’s order, the Michigan Supreme Court told juvenile court judges to determine which juveniles could be returned home. Juvenile courts across the country, including in Oakland County, worked to release young people who were in detention.

After spending the initial weeks in secure detention at the Children’s Village juvenile detention center in suburban Detroit, Grace is now in a residential treatment program at the facility. Grace and her mother, who have been allowed many phone calls but only three visits during the past two months, have pleaded with the judge to allow her to go home.

Now, members of Congress, officials in Oakland County and the ACLU of Michigan have called for Grace’s release. Her next court date is scheduled for Sept. 8.

“While there are many more details that she is unable to share with me and the public to protect privacy of the minor and their family, I believe a review of this case within her court or during an appellate process is required,” Coulter said in a statement. “It has been a top priority of my administration to keep the young people and employees safe at Children’s Village during the pandemic and that includes limiting residency to immediate safety risks.”

There have been no cases of COVID-19 among the young people at Children’s Village, the center’s manager said. Four workers have tested positive from contacts outside the facility.

At least two members of Congress also are calling for a review of the case. U.S. Rep. Andy Levin said the case had “serious deficiencies,” including court workers’ seeming lack of awareness about Grace’s learning disabilities. Levin represents the district that includes Grace’s school.

“Witnesses who could have provided a better understanding of the situation, like the student’s teachers, were unable to testify,” said Levin, vice chair of the House Education and Labor Committee. “There is still time to rekindle the flame of justice in this case. I call on the court to review its decision in light of state guidance to limit juvenile detention except in cases of dire emergency during the COVID-19 pandemic. Bring this student home to her mother now.” 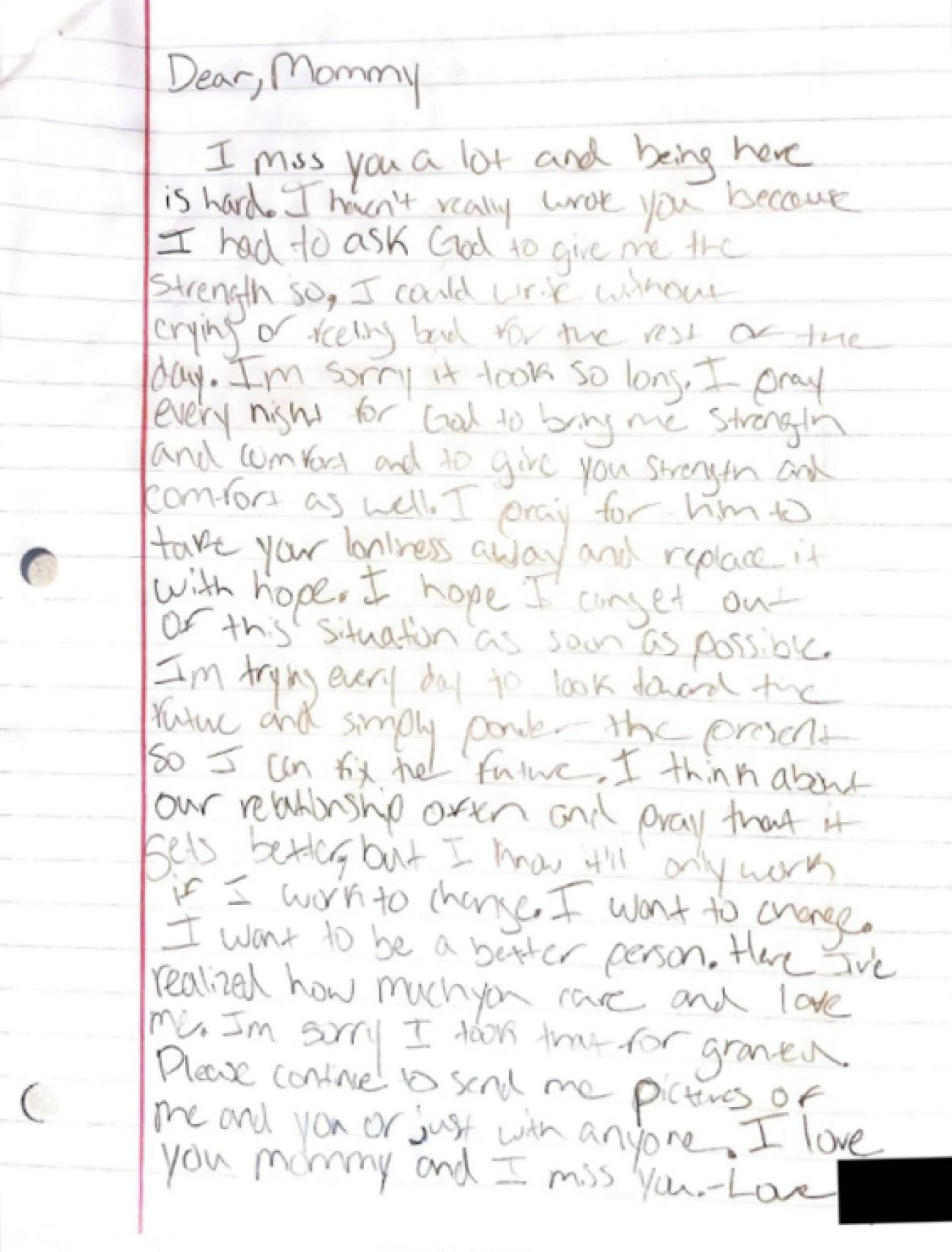 Grace has ADHD and an education plan that provided support from teachers and extra time to complete assignments. Birmingham Public Schools, one of the most well-regarded districts in the state, asked for patience from families and pledged to be flexible with school requirements during the school shutdown. Work was graded on a credit/no-credit system.

U.S. Rep. Brenda Lawrence, who represents parts of Oakland County, called the decision to detain Grace “more than disturbing.” In a statement, Lawrence said she wants to “ensure this case is not a glaring reminder of the disproportionate realities faced by minorities in the criminal justice system.” Grace is Black and lives in a majority white community.

From January 2016 through June 2020, about 4,800 juvenile cases were referred to the Oakland County court. Of those, 42% involved Black youth even though only about 15% of the county’s youth are Black, according to a ProPublica Illinois analysis of county data. Black children in Michigan are incarcerated more than four times as often as white children, according to federal data.

Brennan, the presiding judge of the Family Division, has declined to comment through a court administrator, who said the judge is unable to discuss a pending case.

But Brennan’s husband, attorney Ed Lennon, criticized officials and others who have suggested that Grace’s race factored into the judge’s decision, saying in an interview that “race has nothing to do with this case.” He noted that his wife was among the judges who released juveniles from detention during the pandemic. During March and April, 97 juveniles were released from Children’s Village by court order, according to figures provided by the court to ProPublica.

Brennan has been on the bench for 12 years and is “known for her compassion and fairness,” Lennon said.

In her ruling in Grace’s case, Brennan found the girl “guilty on failure to submit to any schoolwork and getting up for school” and called Grace a “threat to (the) community,” citing the assault and theft charges that led to her probation. The charges stemmed from an argument with her mother, where Grace bit her finger and pulled her hair, and a separate incident where the girl stole a classmate’s cellphone. Brennan said Grace should stay at Children’s Village not as punishment, but to get treatment and services.

“She hasn’t fulfilled the expectation with regard to school performance,” Brennan said as she sentenced Grace. “I told her she was on thin ice and I told her that I was going to hold her to the letter, to the order, of the probation.”

On Tuesday, officials from Birmingham Public Schools and the intermediate school district in Oakland County said in statements that students should not be punished for not completing assignments or missing work during the upheaval caused by the pandemic.

A group of Democratic state lawmakers from Oakland County — three senators and two representatives — issued a joint statement calling Brennan’s decision to remove Grace from her home during the pandemic “unconscionable” and called for the teenager to “be released and reunited with her mother immediately.”

In an interview, state Sen. Rosemary Bayer, D-Beverly Hills, said she is considering introducing legislation that would require court employees, child welfare workers and social workers to have implicit-bias training.

“What can we change to keep this from happening again?” Bayer asked.

Grace’s mom, Charisse, who said she wants to keep the family’s identity private, said she was grateful for the outpouring of support from across the country.

"While we attempt to untangle the web that now confines my daughter and keeps her away from me, her family and the support that she needs, I want to thank the seemingly endless number of people who have expressed their concern and offered their support,” she said in a statement.

“This situation is an emotional challenge, but is also a window into the brokenness that demands and deserves attention and repair as to prevent other children and families from being negatively impacted by a system that is supposed to offer protection and support."

*ProPublica is using middle names for the teenager and her mother to protect their identities.

ProPublica Illinois is a nonprofit newsroom that investigates abuses of power. Sign up here to get their next investigation. 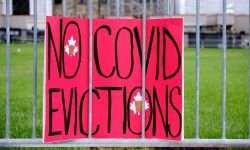 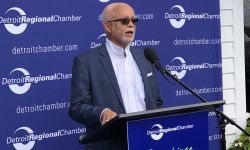 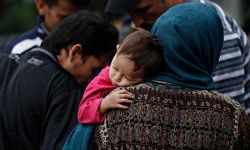 Michigan braces for hundreds of Afghan refugees: ‘It’s our turn to help’