A nurse by trade, Denice Raymond is well schooled on the price that multiple sclerosis exacts on the body. As an MS patient, she can also testify to the challenges of paying for drugs that might help her walk.

Raymond is prescribed a drug that retails for about $60,000 a year – and while mostly covered by Medicare – that still left her with annual out-of-pocket costs of about $6,000. Raymond, a resident of Calhoun County east of Battle Creek, was grateful to find a nonprofit organization that agreed to pay the rest.

A few months ago, her doctor suggested she take another to drug to improve her gait. Diagnosed with MS in 2002, Raymond gets around primarily by walker or wheelchair. But the new drug would have cost her several thousand dollars more a year: It was a deal-breaker.

“There is no way we could afford that. It was either buy groceries or make an attempt to walk,” Raymond said.

A newly released study by the University of Michigan’s Center for Healthcare Research & Transformation warns that Michigan’s roughly 15,000 patients with MS could face a crisis in paying for increasingly expensive medications known as specialty drugs. Many of these drugs, typically used to treat chronic or life-threatening illnesses, can cost more than $80,000 a year.

The report notes that specialty drug prices went from 14 percent of total drug spending in Michigan in 2011 to 22 percent just three years later, a 42 percent rise. Some MS drugs have risen six-fold since their introduction in recent decades.

The cost of MS drugs at introduction and cost today. The first of these drugs was introduced in 1993. Their date of introduction, cost then, and cost now.

“Specialty drug costs are expensive, taking a toll on patients and the healthcare system,” said Marianne Udow-Phillips, the center’s executive director. Their increase, she said, “could increasingly put these drugs out of reach for many. “

According to the report, price increases may hit Michigan even harder than other states because the Midwest has higher rates of MS than the national average, which the report said “may be related, in part, to climate and sunlight exposure.”

The report cited a few potential legislative solutions in Congress, which remain for the moment bottled up in committee. One would force drug companies to justify price hikes on these more expensive drugs; the other would allow the import of cheaper drugs from Canada.

A solution on the way?

Two measures to address the high cost of some drugs are stalled in Congress:

The FAIR Drug Pricing Act: Introduced in May by Sen. Tammy Baldwin, D-Wisconsin, it would require pharmaceutical firms to justify price increases on expensive drugs. It has yet to emerge from committee.

“Our bipartisan reform will require transparency and accountability for drug corporations who are jacking up costs for families in need of affordable lifesaving treatments,” Baldwin said at the time.

The Affordable and Safe Prescription Drug Importation Act: Introduced in February by Vermont Sen. Bernie Sanders, it would allow Americans to buy American-made prescription drugs from Canada, where prices are lower. The MS drug Copaxone has an annual cost of $15,000 in Canada – less than one-fourth of its U.S. cost.

The Congressional Budget Office estimates this law would save nearly $7 billion over 10 years. It has also drawn concern that imports could threaten drug supply chain security. It, too, has yet to come out of committee.

In general, insurance covers the bulk of the cost of specialty drugs. In some cases, pharmaceutical firms will discount the cost of expensive drugs to needy patients. Nonprofit groups dedicated to helping patients pay for rare and high-cost drugs help as well.

But both private insurance policies and coverage under Medicare have gaps that can leave MS patients forced to pay thousands of dollars a year in out-of-pocket costs. Some employer-sponsored health plans force consumers to pay a percentage of these higher-priced drugs rather than a set co-pay.

According to a 2015 study by the Kaiser Family Foundation, a range of MS drugs covered under Medicare left patients with annual out-of-pocket costs of $6,000 or more.

It also found that cancer patients on a drug known as Revlimid can face annual costs of nearly $12,000 a year.

There is no cure for MS, a chronic disease of the central nervous system. Its cause is unknown, though it is more common farther north of the equator and more prevalent among people from northern Europe and Scandinavia. Recent research suggests there may be a bacterial link to the disease.

Until a couple decades ago, there were no effective treatments to slow its progress. But in 1993, a drug called Betaseron showed promise in reducing the number of relapses in MS patients and in slowing the progress of the disease.

There are now 15 so-called disease modifying therapies for MS approved by the U.S. Food and Drug Administration, with evidence they are effective in at least curbing the disease’s progression. 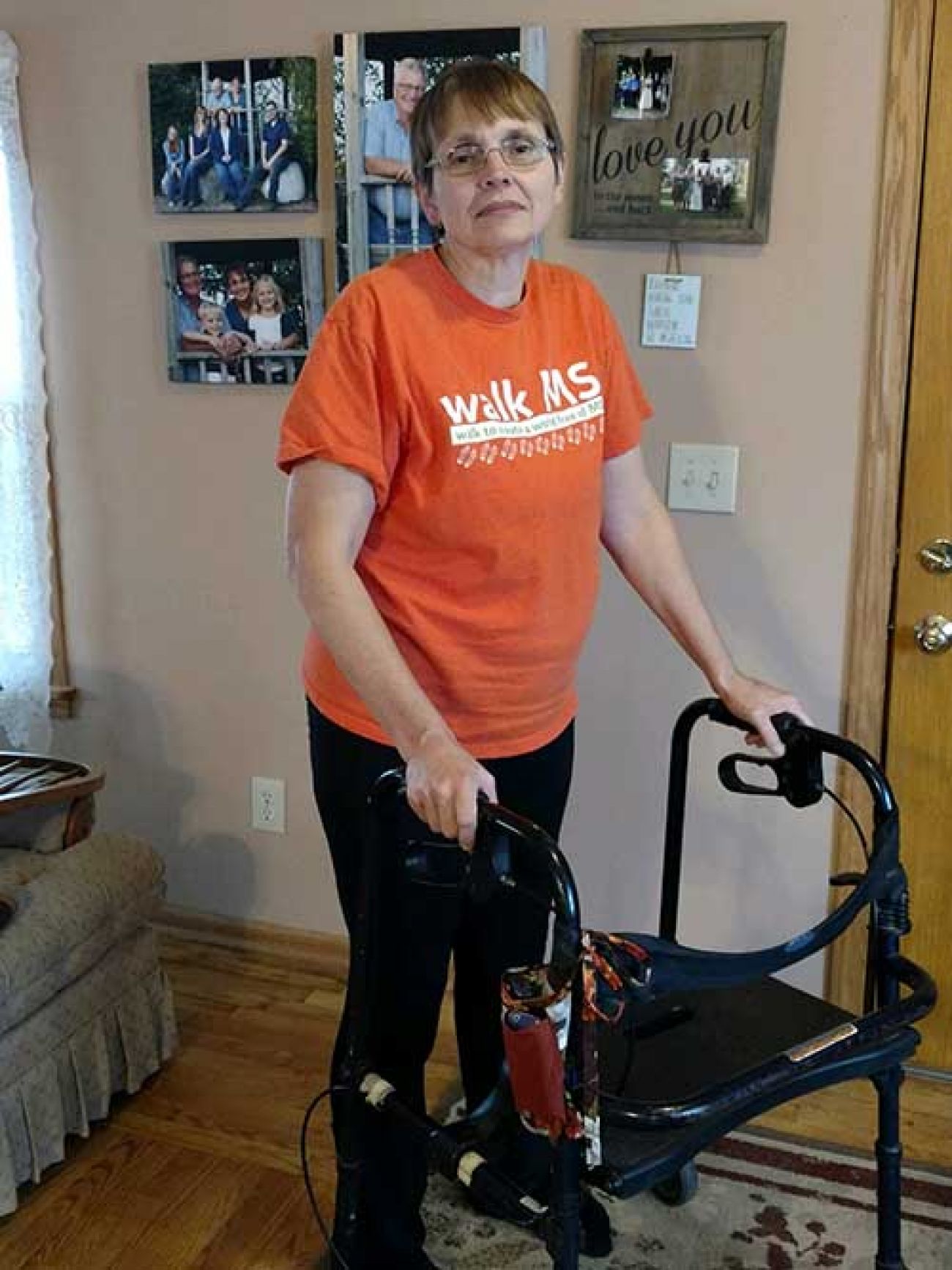 But patients like Mount Pleasant resident Dan Digmann wonder how drug companies can justify a four- or five-fold increase in the cost of a drug since its introduction.

“The drug I am taking is the same,” he said. “But my costs have continued to rise.”

Ferndale resident Ann Serafin began a new MS medication earlier this month that has an annual cost of more than $80,000. Her primary insurer is Medicare, so she is unsure how much she might have to pay herself.

She recalled that in 2008 she tried another MS medication that cost nearly $30,000 a month. She found a national nonprofit group that helps pay for rare and expensive treatments. It agreed to cover its cost.

But after two months, Serafin quit taking it.

“It wasn’t working that well and I decided they should help someone else.”

Now, she’s nervous about what added expenses might come her way with her new medication. Diagnosed with MS in 1990, she no longer walks and uses a scooter to get around.

“My husband and I live on a fixed income. Any added expense will be difficult to fit into our budget. But I need the medication. I am fairly disabled at this point.”