When you open eyes, you realize many of the same issues challenge 14 inhabited islands around the Great Lakes, with a few other obstacles unique only to islands.  Some 70 participants met late in September to listen and exchange ideas for the first ever Islands Summit, “Laying the Foundation for a Great Lakes Islands Coalition.” 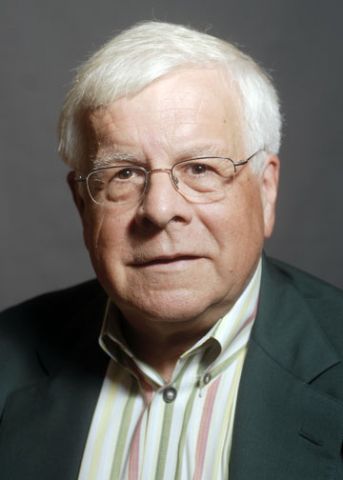 It was organized by a little known, independent state department, the Office of the Great Lakes, which works to protect and restore our state’s waters. It reports directly to the governor and for budget purposes only, shows up under the Michigan Department of Environmental Quality. The 20-member staff supports sustainable coastal communities, restoration of degraded waters, water quality and quantity and prevention of aquatic invasive species.

Outside the islanders attending the conference and those involved with the eight-state Great Lakes Compact or some water quality issues, it’s doubtful few know about the state office. It was originally started by former Gov. Jim Blanchard, expanded and made a cabinet-level independent agency by Gov. John Engler and continued by Gov. Rick Snyder.

Jon Allan, a 2012 governor-appointee, says his department sponsored the two-day summit to help island leaders meet each other and share common problems. Allan previously was the director of environmental policy and intergovernmental affairs for Consumers Energy Co. He has co-chaired the DEQ's Water Use Advisory panel and Michigan's Groundwater Conservation Advisory Council, served as a key adviser to the Great Lakes Water Resources Compact negotiations, as well as co-chair the Governor's Blue Ribbon Parks Commission.

“We were surprised by the number who came,” Allan said. “Registration picked up that last week and we really had no idea who would come.”

The islanders spent the first day introducing each other’s islands, hearing a northern Wisconsin college professor discuss the challenges of developing accurate metrics in low-populated areas to measure growth and grant applications not accurately tracked by the U.S. Census.

Representatives from the Maine Islands Institute, founded in 1883, shared how it works to sustain Maine’s 15-year-round islands and 105 coastal communities along 3,487 miles of coastline. Its core program areas include economic development, education, community energy, marine resources, and media. Almost all islands face a shortage of summer workers and housing with aging year-round populations.

They are still dealing with declining property values that have not recovered from the 2008 recession. Most have tourist-based seasonal economies and struggle to provide needed police, fire and emergency services, as well electric, water and sewer services. Many have huge seasonal fluctuations like Mackinac, which serves 450 residents in the winter and then gets record-breaking numbers during the height of the summer season.

“We have to gear up, we are dealing with two different times,” says Mackinac Mayor Margaret Doud.

Others like Clark Township supervisor Mark Clymer find themselves dealing with invasive weeds that are now choking waterways, including around the Les Cheneaux Islands, clogging boat motors and propellers. In an area where the economy is mostly tourism-based, Clymer said affordable housing for seasonal workers is non-existent after what had been available gets taken by students enrolled in its boat and culinary schools.

Beaver Island School Board President Susan Myers echoes many island school districts’ concerns, which include declining enrollment because few younger families live on islands for lack of good paying jobs. Her district has dropped to 47 students. Others have closed high schools and are sending students to mainland schools that come with high transportations costs.

Harold Stieber of Harsens Island says his small island has no hotels, gas stations or stores, and an aging population that has dropped from 3,000 to 1,147 residents since the 1920s, with 50 percent going to Florida in the winter. Located at the mouth of the St. Clair River, the residents are not excited about change.

“We have a lot of transit boating,” he adds. He’s attempting to gather support for a kayak launching ramp to attract new revenue.

Then there are places like Beaver Island with no water or sewer systems that prohibit business growth in its downtown. With no high-speed internet service, it’s doubtful telecommuting will ever gain a foothold.  One islander says they’re trying to figure out how to get rid of 400 abandoned cars left on the island.

Attendees are looking at how they can establish communication among one another and establish a stronger political voice working together to lobby state and federal lawmakers for sorely needed funds.