Opinion | Am I a burden on America, asks immigrant son now a Harvard doctor

Guest Commentary
Opinion | Am I a burden on America, asks immigrant son now a Harvard doctor 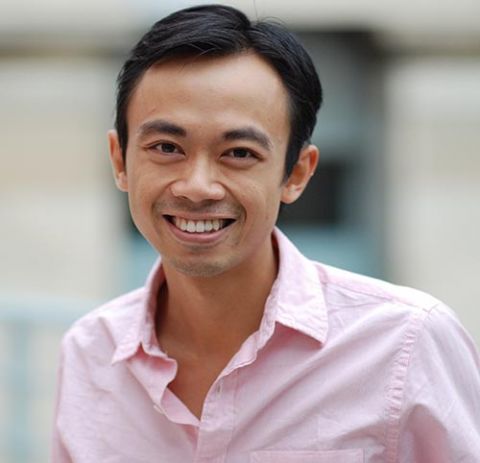 I grew up in an immigrant family; we were poor and on welfare.

My family immigrated to Holland, Michigan from Vietnam in 1991. Our story relied heavily on the generosity of the American people and her government. Our plane tickets from Vietnam to America were purchased with a loan from the government that my parents paid back in monthly installments of $50 over five years.

For one and a half years, we rented a home that was government-subsidized.  We were nourished because of the multi-colored food stamps that my mother used at Meijer. I received free hot lunches from Van Raalte Elementary School.  Medicaid helped pay for our visits to the doctor. After my sister was born, through the Women, Infants & Children (WIC) food subsidy program, my mom bought fresh fruit, milk, cereal and cheese for our family.

Looking back, I wonder what we would have done without these critical government subsidies. We were a burden on America during our initial three years here – my family was a public charge, we used public resources.

During the three years on welfare, my father worked third shift at a meat packing plant. On weekends, he picked up extra shifts to earn more money. My mother had a factory job as a seamstress and then worked on the assembly line jarring pickles for Heinz. I remember her coming home with a sour smell on her clothes and hair. I remember on the weekends, I would walk the streets with my parents, a large poking stick in one hand and a large plastic bag in the other, gathering aluminum cans from the sidewalks. We would save them, and once a month, return them for 10 cents each.

My parents worked so hard during the years we were on welfare. Despite their hard work, we needed the government’s help. The government subsidies in food, housing and utilities allowed my parents the security to dream a brighter future for their children and, in return, we grew up safe, warm, fed, and clothed. This safety net allowed me to actualize my dream of becoming a doctor.

Today, I have the privilege of caring for all who come through my clinic doors. I now return the support America offered me by helping others who rely on government programs, who dream of a better future, so everyone can contribute to the economy and the fabric of our diverse country.

On October 10th, the US Department of Health and Human Services proposed a new rule which expands the criteria of what it means to be a “public charge,” or a person whom our government determines is likely to be primarily dependent on the federal government for economic support via welfare programs. This new rule allows the government to deny green card status to legal immigrants who use services such as Medicaid, the Supplemental Nutrition Assistance Program (SNAP), and housing assistance. The new rule would force families to choose between accessing vital health, housing and nutrition programs or forego them to strengthen their immigration application.

One stated reason for this new rule is to increase immigrants’ self-sufficiency and decrease dependency on long-term federal government assistance.

This premise is false.

Research has shown that federal assistance programs actually enable families to gain economic self-sufficiency. Long-term analyses show immigrants are a net positive contributor to the American tax base at the local, state and federal level, and immigrants’ tax contributions cover 93 percent of their publicly provided benefits, compared to 77 percent for those born in the United States.

Reflecting on this proposed policy, I wonder what we would have sacrificed – would it have been doctor’s visits or a full belly? Would my parents have been able to dream of owning their own house? Could I have dreamed of becoming a doctor? I am certain my life, and that other immigrant children like me, would have been drastically different if such a policy was in place.

There is still time to act. The proposed federal rule from the Trump Administration must undergo a 60-day comment period (until December 10th, 2018) before it becomes policy.

You can act now: Provide the government with your comments here; mobilize and spread the word about this horrendous proposed policy on social media; contact your congressional representatives. We need to make our voices heard so that immigrant children, children like I was, can have access to programs essential to healthy growth and development – so that we can all dare to dream, and dream big.