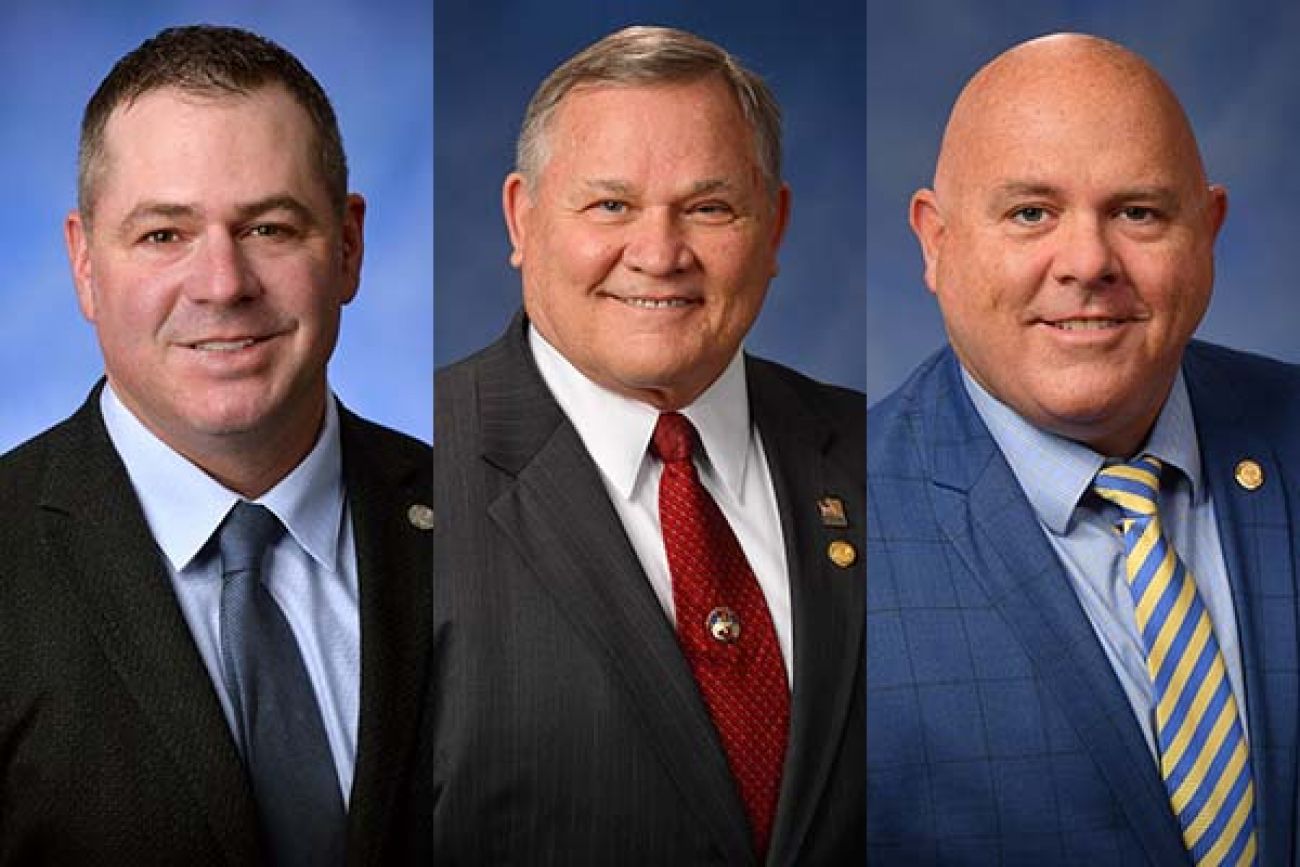 With more than 60 years of combined law enforcement experience, the three of us have held the hands of hundreds of victims and families who have been hurt by crime. We have consoled mothers after informing them their sons or daughters were killed in a crash caused by a suspected drunk driver. We’ve served as a reassuring presence for victims of stalking and domestic violence who are in fear for their lives. And we’ve comforted seniors after they have fallen victim to financial exploitation.

These poignant experiences stay with us, and we often draw from them as we make policy decisions on behalf of our communities in our new roles as legislators. Now, we must stand up for victims, once again, and voice our strong opposition to a package of bills advancing in our own chamber.

House Bills 4670-73 would fly in the face of public safety and destroy our state’s truth-in-sentencing system, which the people of Michigan voted to enact in 1998.

The truth-in-sentencing law has worked well in the decades since, offering some level of comfort to victims by giving them certainty that the person who hurt them will be sent to prison for a definite amount of time – time where the victim knows their perpetrator will not have access to them or the public.

House Bills 4670-73 go against the will of the voters, restoring a good-time-like credit system. Under the flawed proposal, the minimum sentence established by a judge who carefully considers all the facts at hand can be reduced by up to 20 percent if the offender takes part in rehabilitation services and educational programs.

Never mind that the current system offers plenty of incentive for prisoners to participate in rehabilitative programs while serving their sentences. Their participation is taken into consideration when someone becomes eligible for release after completing their minimum sentence.

These programs, aimed at reducing the likelihood prisoners will reoffend after their release, are certainly beneficial. They’re also already well-attended, with 93 percent of prisoners who are eligible completing the recommended programming before the end of their minimum sentence.

Ask yourself: With such a high percentage of prisoners already participating in rehabilitation programs, why would we even consider offering criminals lighter minimum sentences to incentivize them to participate? It makes no sense.

It’s not that we don’t want offenders to become productive members of society after serving their time. We understand that people make mistakes. This type of program, however, is better suited for offenders in county jails, helping them improve their lives so they don’t end up in prison.

In our world today, it is extremely rare that a first-time, non-violent offender goes to prison. Michigan’s prison population is the lowest it has been in decades. Yet, this bill package gives special treatment to inmates who largely have a long or violent criminal history, while survivors are victimized again by the system that is meant to protect them. It strips victims of the peace of mind they deserve, leaving them unaware whether their perpetrator has taken advantage of opportunities to receive productivity credits and earn early release. This is particularly traumatizing for victims of stalking and domestic violence, who frequently plan their lives around the expected release of the criminal who harmed them.

These bills have been dubbed by their proponents as the “Safer Michigan Act.” Don’t let that name fool you. House Bills 4670-73 won’t make our state any safer. That’s why they’re drawing opposition from law enforcement and victims’ rights groups across the state, including Attorney General Dana Nessel, the Prosecuting Attorneys Association of Michigan, the Crime Victims Services Commission, Michigan Sheriffs’ Association, and the Michigan Association of Chiefs of Police.

These bills are nothing more than a flawed attempt to cut costs at the expense of victims.