Edie Goldenberg is a professor of political science and public policy at the University of Michigan. Her research interests include voting turnout of millennials.

A lot of naysayers doubted that efforts to inspire college students to vote could make much of a difference. We heard harsh judgements of the young: “They aren’t interested; they don’t plan ahead; they don’t follow through; they’d rather protest than vote.”

Recent results of national studies show these naysayers are wrong. According to the U.S. Elections Project, turnout rose in all age groups in 2018, with an overall jump of about 14 percentage points from 36.7 percent  (in 2014) to 50.3 percent. Although the absolute rate of voting by college students remained lower than that of older groups, college students increased their turnout even more. The National Study of Learning, Voting, and Engagement reported an increase in voting for college students nationally of 20 percent, and the student increase at the University of Michigan-Ann Arbor was 27 percent. We tripled our student voting rate to 41 percent. Why did this happen?

The University of Michigan had no nonpartisan campus-wide effort before 2017, and low turnout rates in 2014 and 2016 reflected that. We launched the Big Ten Voting Challenge (BTVC) in September 2017 to up our game. All 14 presidents and chancellors enthusiastically announced the Challenge, providing the campus-wide endorsements that were needed. With the blessing and support of university leaders, students led the effort: Students know better than anyone how to motivate their friends and classmates.

We knew from the outset that the playing field wasn’t level. Voting rules differ from state to state, and Michigan’s rules in 2018 were among the least friendly to students of any state in the nation. Our chances of winning were slim. Unlike Minnesota and Wisconsin, we had no online registration, no early voting, no automatic voter registration, no Election Day registration, and absentee voting rules that were restrictive. Nevertheless, we signed on to the Challenge as a way of encouraging our students to become civically informed and involved.

This was a friendly nonpartisan competition. All 14 universities shared an overall goal of helping eligible students get registered to vote, learn about candidates and ballot issues, and cast their ballots. In conference calls each month, campus representatives shared ideas, designs, videos, and other resources. With help from donors, campuses provided transportation to the polls, stamps for mailing ballots, and Election Day parties to celebrate civic participation in our democracy. We planned workshops for international students to help them understand the U.S. electoral process. All 14 campuses saw increases larger than the average national increase for 18-29-year-old voters, as reported by the U.S. Census.

The real winners of this effort are our students who learn and become engaged in our democracy. We strive to educate our students and provide them with the skills to become leaders in whatever area they choose. An important part of that preparation is education about how and why to vote, a critical underpinning of democracy in the United States. With the passage of Proposition 3 in 2018, Michigan’s voting rules improved greatly for college students. We expect to see our students closing the turnout gap with older populations in the future.

Inspired by the dramatic improvement in 2018, we see a great opportunity to enable even higher rates of student voting in 2020. We want our students to make informed choices, and to make their voices heard. We want to build a campus culture that values and expects informed civic engagement. To that end, the 2020 Big Ten Voting Challenge has already begun.

The 2020 presidential election is not the time to radically change how Michigan votes, says a Republican legislator. 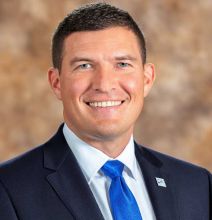 Opinion | What Lansing got right: working together to educate more in Michigan

Expanded unemployment assistance, an eviction moratorium and diverse collaborations played a major role in shoring up the financial stability for millions of Michiganders.

For a Poli-Sci Prof , one would think that they were educated enough about our history to know that America IS NOT, nor ever has been, a democracy.

Is she cannot get that one irrefutable fact correct, I cannot help but wonder what other "facts" were disseminated to those students?

She knows we are not a democracy. Her intent is to change the mindset of children to one where they will accept the will of those in authority concealed by a fabricated vote rather than standing up for their inalienable rights that are not subject to votes or legislation.

Republicans hate the word "democracy" because it sounds too much like "Democrats". They love the word "republic" because they want to convey that our country is "Republican". Well, that's nonsense. We are a republic with a representative democratic form of government. The word "republic" mere means ruled by the public, "rex" = "king" and "public" = "people", rather than a "monarch" or ruled by a king. So in a republic the people rule. Pssst, that's why we revolted against England. Study your Latin and Greek for the etymological meanings. The republicans hate education, choosing ignorance, misinformation, and Bible stories over science. Republicans consist largely of ignorant home-schooled charlatans like the leader of the house Lee Chatfield, "Christians" raised by pastors who attended Liberty University and support serial adulterous dictators like Trump! The irony is overwhelming. Is it any wonder why NOW they want to do away with term limits only because they are in control of our gerrymandered legislative districts? Think about it. You can bet they don't want to do away with term limits for our governor! Ha ha

If we follow your standard of logic, we should ignore your post because of your grammar or typo error. "Is she cannot get that one irrefutable fact correct, I cannot help but wonder what other 'facts' were disseminated to those students?"

Mr. Duco had absolutely no problem answering that question, why do you?

Give it up. I know it's hard - like realizing Trump is a liar, traitor and incredibly incompetent.

If your pro life than that’s your stance till death not just till baby is born. That’s my thoughts and belief.

I always question the motives of an educated person who calls our government a democracy. We know it isn’t even close to a democracy. The difference is that we have a constitutional republic that defines the limits of the government, specifically to protect the minority from the majority. A democracy is in opposition to this concept by granting authority to the majority without regard to the minority opinion. There are 2 conclusions to be drawn: the person is not educated -OR- the person has an agenda and is using disinformation as a propaganda method. In either case, the results are similar in this example: impressionable American children are not learning that their rights are inalienable but subject to majority opinion.

A republic is a form of government in which the country is considered a "public matter", not the private concern or property of the rulers. The primary positions of power within a republic are attained, through democracy, oligarchy, autocracy, or a mix thereof, rather than being unalterably occupied. It has become the opposing form of government to a monarchy and has therefore no monarch as head of state.
More at Wikipedia

Are the Republicans saying we should be an autocracy or oligarchy under their rule? (Emphatic YES!) I thought the constitution said "We the People of the United States"

WE are a democratic republic. We, the people (democracy) , elect representatives (republic) to represent us so that we don't have a (direct) democracy.

Why does someone who has only a couple of years of collage education have to point this out to you, yet you call into question my credentials? LOL!

What are you smoking? It's not cannabis! Maybe you should try some. It might help you calm your baser instincts.