Opinion | Political antagonism harms us all. Let’s all try to do better

Guest Commentary
Opinion | Political antagonism harms us all. Let’s all try to do better 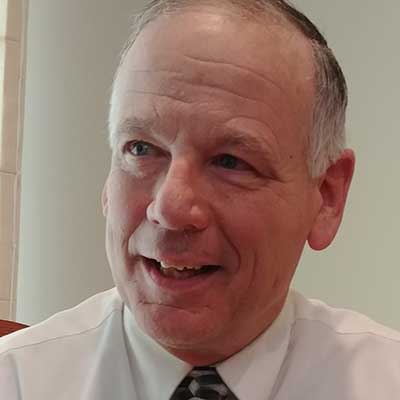 Two bitterly opposed U.S. elected officials stood face to face with loaded pistols in a duel.  Vice President Aaron Burr shoots former Secretary of the Treasury Alexander Hamilton. The result is the ultimate display of a lose-lose confrontation. Hamilton is dead, and Burr's political career is over.

Our capitol in Lansing resembled a dilapidated worksite with rough plywood covering the windows and a hastily installed chain link fence. The National Guard surrounded the perimeter, in the wake of a senseless and deadly assault on the capitol building in Washington, which sadly included at least two Michigan residents.

Verbal character assaults and cynicism are the popular choice deep within both political parties. Michigan State University studies indicate that Michigan residents are more divided along ideological lines than at any point in the last 30 years. Have we given up?  Is it impossible to find common ground, even with the most passionate convictions? Are we on a steady path toward more violence? Should we expect a 2021 Un-Civil War?

It is easy to observe with some trepidation the 'social media license' that fellow citizens seem to feel is justified. Haven't we all seen or read things that simply make you shake your head in disbelief?

For example, in my small corner of the universe:

We all find ourselves embroiled in a non-yielding world that wreaks of hatred. Nothing positive results from a stalemate of mindless nonsense and pre-adolescent name-calling. It is a threat to our democracy, and it harms us all.

I urge you, Bridge readers, to find a moment to reflect on your response to this political quagmire. Is this senseless bickering the preferred position of a majority of American citizens?  Let's hope not.

We recognize that both elected officials and citizens need to play a part in reducing the debilitating effects of division and distrust. Withdrawing from politics cannot be effective. Instead:

Finally, and perhaps most difficult: Let's examine our own behavior. When someone speaks out on a topic, and our immediate response is emotional angst, do we immediate want to verbally lash out? Do we instanly quit listening, and begin to formulate our rebuttal, before the speaker has finished his sentence? It may be a universal reaction to someone questioning our long held beliefs. How well are we able to overcome our own prejudice?

I appeal to you, Bridge readers, to take action to help mediate political dissension.

The alternative, I suppose, is that we arm ourselves with heavy wooden canes.