Julie Alexander is a Republican representing the city of Jackson and surrounding townships in the Michigan House of Representatives.

At the start of the COVID-19 pandemic, I heard from many corrections officers who live in our Jackson community. They shared their experiences working in our prisons during this public health crisis, expressed concerns about procedures that weren’t effective and sought clarity on policies established by the administration. The information they shared opened my eyes to the situation in our prisons, and we were able to work together to address their concerns and improve safety.

Unfortunately, each of the corrections employees who reached out to me risked possible retribution from the department for doing so because of the governor’s recent actions. Gov. Gretchen Whitmer recently decided a policy that prohibits departments from taking disciplinary action against employees for communicating with the Legislature – a protection that has been included in every state budget since 2006 – is unenforceable.

Legislators on both sides of the aisle know just how important these whistleblower protections are. State employees often are in the best position to observe government inefficiencies. When they share feedback and ideas with the Legislature, they can help save taxpayer dollars and deliver better service to the public. They also might want to talk to their legislator to report certain activity, request help on a state government issue, or advocate their personal position on legislation.

No state employee should face retribution for taking any of these actions. That’s why the Legislature voted to restore the whistleblower protections by unanimously approving Senate Bill 686, 108-0 in the House and 37-0 in the Senate.

The governor vetoed the plan earlier this month, again signifying she would allow her departments to punish civil servants for talking to members of the Legislature. As your representative, I value hearing from those I serve. The governor’s actions will no doubt have a chilling effect. We should all be alarmed.

In her previous role as a state legislator, Gov. Whitmer voted to provide state employees with whistleblower protections on more than a dozen occasions. As governor, she stripped the language out of each department’s budget and vetoed a bill that received unanimous support from legislators on both sides of the aisle. This begs the question: Why won’t she allow the voices of our state employees to be heard?

The corrections officers who reached out to me with concerns about the department’s response to COVID-19 are brave. Not only do they work in a stressful environment that can be mentally and physically draining, they stepped up and shared information they thought was critical even though they feared retribution to the point where they were compelled to request confidentiality. Of course, I respected their wishes, and my colleagues and I were able to use the information they shared to improve policies and better protect the workers and inmates in our state prisons. It’s a shame that the governor’s actions won’t allow state employees the same opportunities others have when situations like this arise.

Expanded unemployment assistance, an eviction moratorium and diverse collaborations played a major role in shoring up the financial stability for millions of Michiganders.

In setting the goal of making Michigan carbon-neutral by 2050, Gov. Whitmer let businesses know that the state will be a welcoming, committed partner in ensuring the state has a more prosperous future. 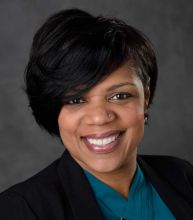 Opinion | How Michigan moved the needle on race disparities in COVID

Guest Commentary: The results have been astounding. Once disproportionately represented in COVID cases and deaths, African Americans are now underrepresented.

It seems obvious to me since the Republican dominated legislature has tried to strip the governor of her powers, has not considered the best interests of the people re Covid by backing her health restrictions, has a member who actually coordinated efforts to send armed whackos with nooses and Nazi signage to invade the capitol, that she just might not trust the motives behind this model of the Whistleblower Act. I certainly don’t!

As reluctant as I am to agree with any Republican state legislator, I must on this issue. But first a little background and history.

Most information legislators receive on how poorly something is working (or not) in state government comes from the workers themselves who provide the "why" to citizens' complaints. (Workers have to deal with the problems daily). Granted, oftentimes the issue boils down to staffing which both the legislature and governor are reluctant to fund, but to ensure they hear from workers, "whistleblower" protections were put into the boilerplate language of bills, which then were line itemed vetoed, hence SB 686. This protection is important as it gives the whistleblower statutory protection. To understand why, you need to understand (un)Civil Service and the Commission (CSC).

As a retired state employee of 42+ years of service, and former chief steward, statutory protection is vastly stronger than whatever the (un)CSC puts in its Rules and Regulations (which if you have a couple of days with nothing to do, make an interesting read). The CSC and the department of civil service are neither neutral nor independent entities. They function as the state's personnel office and draft and enforce the Rules and Regs accordingly.

To ensure that upper echelon employees in state civil service remain compliant, the CSC during the Engler Administration created the SES and SEMAS, effectively making upper echelon spots ("professional" and secretarial) limited term as opposed to traditional, or permanent positions, expanding on what had existed in the past. Essentially, those who move up high enough in the system become temporary employees at the higher level but can be demoted back to their previous "permanent" spot.

When I say "what existed in the past", one has to look at what happened to Nancy Hammond who was the budget person in the Department of Public Health. The incoming Engler head of DPH, Vernice Davis Anthony, wanted Mary Lannoye, who did her budgets in Wayne County to do them for her in Lansing. The problem was that Nancy Hammond - who satisfactorily did the job for both Governors Bill Milliken and Jim Blanchard - held that job. To get rid of her, the Engler Administration first had to abolish the position, then redefine it (biggest change was in work experience where county service now counted), and say the Lannoye was more qualified than the incumbent to do the duties the incumbent had satisfactorily performed for a Republican and Democratic governor. Of pertinent note to this issue, Ms Hammond had on her side a whistleblower who gave her the info on what was happening to her, and during her first "arbitration" hearing before a state hearing officer, she prevailed. The state wanted to whistleblower outed. Neither Ms Hammond nor the hearing officer, Louise Hodgson, complied. (Tim Skubick of "Off the Record" actually sat in on the first hearing and should be able to give an even more detailed account). The State appealed to the Employee Relations Board (filled with folks appointed during the Blanchard Administration), which, unsurprisingly, agreed with the state and set aside the results of the hearing. The case was reassigned to a new hearing officer who effectively upheld Ms Hammond's demotion and reversed all of Ms Hodgson's prominent findings.

But that was not good enough for the state, hence SES and SEMAS lest another hearing officer had the temerity to say NO.

Of course, the CSC removes many issues from the scope of bargaining (see Regulation 6.07) and considers collective bargaining agreements (CSC says it cannot be held to a contract), as subordinate rules. Protections afforded workers under CSC Rule 2-10 are more style than substance, and given the deference that Michigan courts grant CSC over interpretation of its rules (the Pope wishes he had such deference from the Cardinals in Vatican), mostly they are not worth the paper they are printed on or the electrons slaughtered for their online viewing.

And that is why whistleblower protection needs to be statutory.

The Governor did not sign this bill because it violates the separation of powers and article 6 section 5 of the 1963 Michigan Constitution. Please read Governor Whitmer's letter of response below: https://content.govdelivery.com/attachments/MIEOG/2020/07/08/file_attach...
It seems that Representative Alexander is trying to score some political points simply by trying to pass reiterative legislation that is already covered in the Michigan Whistleblower laws. Instead of making up contested issues, Mrs. Alexander might try passing some legislation that will actually help someone. It would also have been helpful if she would have given some examples of what she did to help improve procedures for the corrections officers that she supposedly talked to. More details and less hyperbole would be so appreciated. Stop trying to get reelected and start acting like a state representative. The work that was put into this was a waste of time and meant to only fog over the lack of meaningful legislation that has been passed by Julie Alexander and other Republicans This is exactly why I am running against her for District 64. www.electsandra.com