James Hohman is the director of fiscal policy at the Mackinac Center for Public Policy, a research and educational institute located in Midland.

State universities spend more, year after year, and want the state taxpayer to cover their increases, rather than students. That’s their stated preference, as mentioned by public university association president Dan Hurley in a Bridge guest commentary, and covered in a Bridge Magazine article on a recent study about alleged disinvestment in higher education.

Back in 1991, resident students at Michigan’s state universities were paying an average of $5,000 per year in tuition and fees, when adjusted for inflation. Since then, that price has risen 168 percent more than inflation, to $13,400.

What do students get for this price increase? Not much. There are more administrators, nicer campuses and there are lots of new buildings.

The value of a college education has not increased as drastically, however, and there is a debate over the value of a college degree. Some people think it signals that the person who has one will be a better worker and others think that students learn valuable things in college. But regardless of the reason a degree may be worth something, the wage differential for college grads hasn’t increased as much as tuition has.

And if state residents are supposed to get something out of the money they spend on higher education through government, it is supposed to be a better educated population. But paying a higher price for the same product only increases the cost without improving the benefit.

Michigan university spokespeople blame state lawmakers for tuition hikes. And it’s true that state taxpayer support for universities was down during the 2000s. The state’s finances were struggling from a historic decade-long recession, and state universities could survive with less money from taxpayers and more money from their students. As the Michigan economy has recovered, lawmakers have sent more money to state universities. This has done little to stop tuition rates from increasing.

The money would have to come from somewhere, either in the form of increased taxes or reductions in other budget priorities. And there are plenty of better uses for taxpayer dollars than to hide the mushrooming costs of a college degree.

It’s not worth it for taxpayers to pay for the constant increase in university costs. But students do not seem to be bothered that much by ever-increasing tuition. Their acceptance of tuition increases is bolstered by a cultural expectation that a college degree is worth it. And it is solidified by federally subsidized student loans which keep students from leaving due to the high cost of tuition.

When students don’t care about costs, universities compete on things other than costs. A freshly polished campus is part of it, but so are administrators and support staff who cater to their needs and help to ensure they don’t drop out. That costs money, as do the strings attached to federal grants and lending programs.

State universities respond to the incentives of the environment they’re in. University administrators will keep hiking tuition until prospective students move away from high-cost schools into low-cost ones.

State policy can do something to encourage universities to care about their costs. It can withhold funding from universities that keep hiking tuition. Michigan already requires tuition increases to be limited, but that applies only to a small portion of the state’s regular support. Lawmakers can tie more of the state’s payments to tuition restraint and tolerate less of an increase.

Lawmakers ought to consider reducing the amount of money they transfer from taxpayers to universities. It is more likely that universities will compete over costs when their students bear more of the costs.

Which puts lawmakers in a conundrum. If they want to improve the public benefits of higher education, then they ought to care about what universities charge students in tuition. While universities prefer for taxpayers to cover their costs, lawmakers ought to encourage them to bend their cost curves. That is better encouraged with less money from taxpayers, not more. 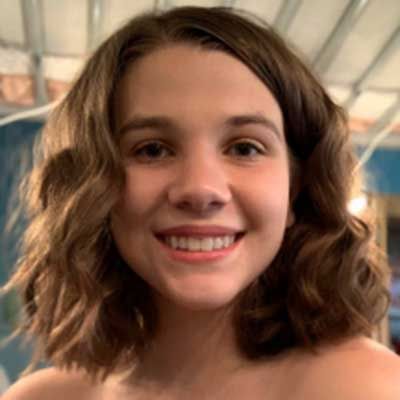 First Person | Back to school in Michigan: Too new, weird and heartbreaking

An 11th-grader in Beaverton in central Michigan returns to school. Mask compliance is shaky. Emotions are raw. And students and teachers are doing their best to cope with a bizarre new reality. 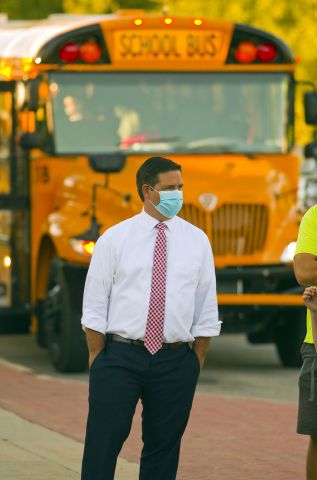 First Person | I opened schools early. Then COVID struck. I stand by the call.

No doubt, the coronavirus is dangerous, but so is social isolation, writes a superintendent, whose district had the first student in northern Michigan test positive for COVID-19. 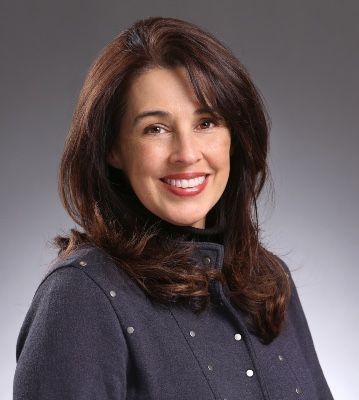 This is the time to commit to a fairer funding system that moves Michigan from its position as one of the least fair states for educational opportunity.

Our higher Ed funding is backwards. It should be aimed at students (future tax payers) who actually complete a marketable degree, enter a career and stay in Michigan. Why should tax payers waste tax dollars on non productive activities or those who get their education and then move to other states?

Agree with Matt. Students should be encouraged to take classes that will provide them with marketable skills so that they can pay for the tuition they were charged. Another problem is that the interest rate for student loans was actually lower when the banks were involved. As soon as the government took over, they started charging rates that were higher than prime rate. Everything that goes through the government bureaucracy costs more.

If we did a NON-refundable tax credit towards Mi Income taxes for say 10 - 12? years afterwards for 50%? college tuition expenditures, this would solve the problem of new grads exiting the state and non-economically feasible degrees, (Anthropology BAs working at Starbucks). Think of this as student loan payment assistance plan.

You give several statistics, without citing sources. Can you provide links to background information?

Not providing citations for statistical claims is normal for Mackinaw Center articles. Beware, however, as some stated sources are Mackinaw Center studies and not independent studies.

Ypsi,
Most of the base data are in these reports: https://www.house.mi.gov/hfa/HigherEducation_HEIDISummaryReports.asp
James

Finally, someone who makes sense. If you want to keep paying the high costs for administrators who should have lost their pensions and golden parachutes for all the screw ups in the Nassar scandals at MSU, then be my guest. And just where is the half a billion dollars that is going to the victims coming from

In other words, this author thinks college is only for the wealthy. Is that the kind of Michigan we want...where opportunity to move to the top of the economic ladder is reserved for the rich?

With your line of reasoning there should be no one but wealthy students at all private colleges and U's. I don't think that is the case unless you know otherwise?

The formulas need to be re worked, as do student loan programs. One of my son's girlfriends graduated with honors, $70,000 in student loans and a degree in family studies that yielded a part time job at the library paying $11.50 an hour. My wife is a substance abuse counselor who sees clients in their 50's and 60's who register for classes in order to take student loans for sustenance. Easy loans that will never be paid back allow colleges to collect increasing tuition and fees without accountability. State aid and loan availability should be tied to graduation rates, and the ability of graduates to pay their bills. We need to aid colleges, we need their graduates, but we also need them with marketable skills.

Yes, our universities are topheavy with deans and deanlets, etc.,but this author ignores the excessive amounts spent on athletics. The highest-paid “public servants” in Michigan are all coaches.

I went to Flint Mott in 2015 for an accounting degree. 8K in student loans for 2 semesters. My husband and I decided, after daily texts of men sneaking into the women's restroom, and assaults/stalking of women in parking lots/garages, it was safer and far cheaper to get my degree online. Colleges are far too expensive and unsafe in more instances than not and satellite campuses aren't very well equipped to allow other location options. Did I mention I was only a part-time student(we have 3 children)? $8k for part-time plus $5500 from the Pell grant. That's $13,500 for 2 semesters total. I don't believe college should be free as it's a necessity for most to do well in life, but it is a choice to go. If you do choose to attend, it shouldn't cost as much as it does. Colleges can clearly hold their own without any help at the amount attending students pay to be there. Asking taxpayers for more taxes to fund colleges is ridiculous. Taxpayers are having a hard enough time trying to maintain funding for K-12 which is of the utmost importance. This isn't only the fault of higher education but state governments as well. Mismanaged funds and irresponsible overspending by both state governments and colleges is made to be the taxpayer's problem. It's high time for each to buckle down and fix the problem. Money sure doesn't grow on trees at my house, nor anyone else's.

My neighbor is a professor at UofM. She makes $297,000 a year. She teaches 3 classes. She doesn't work summers. You do the math and tell me why college is so expensive.

That doesn't include the consulting gigs, they (their grad assistants) do on the side.

Why was my comment from yesterday as submitted not shown after it was saved and previewed? It was not offensive.

Ditto for my attempt .

Smaller class sizes and more money --- the answers to our prayers...!

Republicans hate colleges and educated people. Their best, most reliable voters are the least educated so they'd like to get rid of colleges altogether.
This is like their strategy toward unions, just slowly kill them off.
Sad.