Opinion | Tear down the walls between Detroit and the suburbs

In the wake of the deaths of Breonna Taylor and George Floyd, Bianca García organized the Marching the Redline march on the Grosse Pointe and Detroit border. (Courtesy photo)

Michigan Historical Marker Site S0502 is at the foot of Lakepointe street in Grosse Pointe Park.  If you don’t know it’s there, you might not notice it, let alone understand its significance.

The plaque says that in 1712, “the French pursued and defeated the Fox in the only battle fought in the Grosse Pointes. More than a thousand Fox Indians were killed in a fierce five-day struggle. Soon afterward French settlers began to develop the Grosse Pointes.”

Clearly, being bad neighbors goes way back in the Pointes.

We represent three generations of Grosse Pointe Park residents who want to change that.  Our focus is on the contentious relationship between the Park and Detroit.  Specifically, we want to remove physical barriers that have been erected over many years to impede access between the two communities.

Along the Detroit/Grosse Pointe Park border streets of Alter and Mack there are at least 10 berms, fences and other obstacles.  Many have been there so long they look natural.  They aren’t.  Like the infamous 1947 Birwood Wall in Detroit, they represent visible lines of demarcation.

More than is generally acknowledged, or even realized, there is a direct connection between the original dispossession of Native peoples from their land and the system of residential segregation that came later.  The Grosse Pointes are microcosms of a process that has taken hundreds of years to construct in the entirety of the United States of America.

White people don’t just claim the land they want for themselves.  They assert the right to determine where people of color can and cannot live too. The Pointes are especially notorious for their deep history of minimizing and classifying people by their economic class and race.

Fortunately, that has begun to change, especially in the Park.  We are a far more diverse community than we were even 10 years ago.

Still, the long entrenched powers-that-be don’t want to let go of their traditional control.  That’s why many interrelated controversies are now in play within Grosse Pointe Park over a proposed art center, policing, the transparency of decision-making and biased media coverage. Several school-related questions, including the harassment of students of color regarding their residency, are also issues.

For us, the barriers reflect an old way of thinking in the Pointes.  They are not just symbolic like a Confederate statue.  They restrict access and they send a you-are-not-welcome message.

Our school system, city councils, mayors, police and frankly our entire community has a lot of learning and unlearning to do.  What’s exciting is that we are in a time when a very different conversation can take place within Grosse Pointe Park and between the Park and Detroit.

Wouldn’t it be wonderful if a philanthropist made a donation large enough to cover the cost of reopening all of the streets closed by barriers? Or, the Grosse Pointe Park City Council could vote to use city funds to get the job done.

Frank Joyce has been in involved in labor, anti-racist, human rights and peace campaigns for more than 50 years. (Courtesy photo)

Here’s another idea.  What if we kicked it off by working with our Detroit neighbors to remove two of them ourselves—one along Mack and one along Alter?

Remember the human chain in 2005 that passed books from the old library at Pierce Middle school to the new Ewald Branch on Lakepointe near Jefferson?  It could be in that spirit, albeit more complex like a Habitat for Humanity house-building project.

Give us your time, your labor, your backhoes, your shovels, your wheelbarrows, your trucks and your support.  This fall, one hard-working weekend on Alter and one on Mack to get the project started.  Then remove all the rest in the spring—the traditional time of new beginnings.

Maybe Grosse Pointe Park can be an example for all the suburbs that are wrestling with the legacy of racial barriers—the visible ones and the invisible ones.

What do you think? Tell the elected Grosse Pointe Park City Council members before its next meeting on Sept. 28, whose email addresses can be found here: https://www.grossepointepark.org/government/city_council/index.php

Born and raised in Detroit, Graig Donnelly has been a resident of Grosse Pointe Park since 2013 where he’s raised concerns about the barriers at the border for several years. Frank Joyce, is a lifelong Detroit-based activist and writer who is currently writing a book about unlearning white supremacy.  Bianca García is a community organizer and activist. During her time at Grosse Pointe South she was involved in a multitude of groups inside and outside of school including Gay-Straight Alliance, Grosse Pointe Democrats and Summer in the City. She now lives in southwest Detroit. 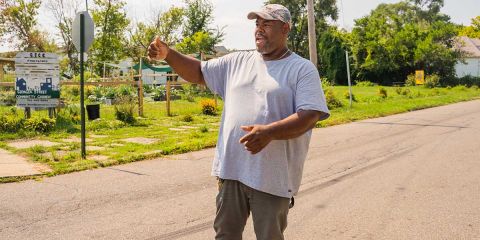 A deepening debate in the nation on systemic racial inequities has inspired Michigan activities to seize this societal moment to achieve reforms for communities of color that too often bare the burden of pollution in their communities. 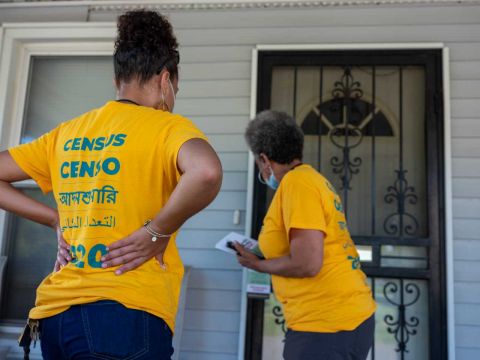 Michigan officials have dwindling faith in an accurate census count

Amid a pandemic and several major changes, Michigan officials say the Census 2020 count can’t be right. 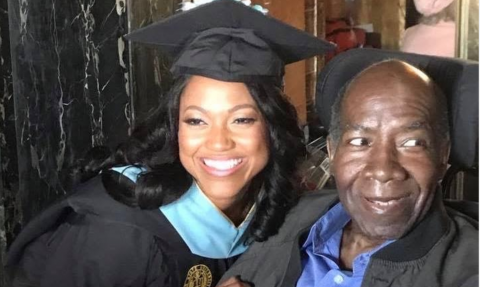 The third edition of a longstanding report shows Detroiters are more likely to die from chronic health conditions than other Michiganders. While Gov. Gretchen Whitmer has declared racism as a public health issue in the wake of the coronavirus pandemic, experts say it will take a collective effort from every sector to see change.

Being a person with a suspicious bent, I am trying to look beneath this "rock of good intensions" to understand just who benefits economically.
I formerly lived between Conner & Alter Rd. near Kercheval. I recently rode down Connor to Jefferson, visiting a friend who lives on Fox Creek's Detroit side. While traveling south on Connor, I could not help but notice the development activity on the E side of Connor & the industrial development on the west side of Connor with a gigantic wall, providing only limited access from west to east by Detroiters currently living west of the industrial development.
This raised a question in my suspicious mind. Are these good intensions of tearing down the barriers (which I agree with) a prelude to the Points annexing the area east of the industrial area, but including the industrial development as the west boundary to provide a substantial tax base to help fund the "gentrification of the area. Just asking.