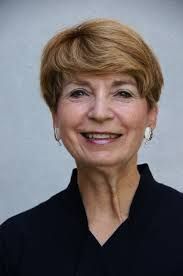 It was not an easy decision in 2010 to shift School Aid Fund money away from K-12 schools to fund community colleges. I know. I was there. And I voted for it, albeit reluctantly.

The School Aid Fund was first established in 1955 and in its 54-year history, it had never been used for anything but Michigan’s K-12 public schools. But desperate times called for desperate measures, and Gov. Jennifer Granholm posed the idea of a “loan” of $208.4 million from the School Aid Fund to fund community colleges in order to balance the 2010 state budget, which had been beaten down over the past decade by tax cuts and the Great Recession. A loan, not surprisingly, that was never paid back by future lawmakers.

I was serving my final year in the Senate, and I remember being in the caucus room as Gov. Granholm implored us to make that decision. I remember the discussions and hesitation amongst my colleagues on both sides of the aisle. And I remember us ultimately agreeing that it was and should only ever be a last resort, and that the decision was in the best interest of the state at the time.

It was an extremely difficult decision. And lawmakers are expected to make tough decisions. It’s what we run on. It’s what we’re elected for. And it’s what our constituents expect when we take office. It doesn’t take much gumption or conviction to vote for bills that have unanimous support in the Capitol and that are universally liked outside of it. It’s the tough votes that test our mettle.

It wasn’t an easy vote, and it was intended to be a temporary fix to a temporary problem. But sadly, for the past eight years, taking money away from the School Aid Fund and our K-12 kids has become an easy decision for today’s legislators, not a hard one. The exception unfortunately became the rule, and for the entirely wrong reason—freeing up General Fund dollars for massive tax cuts. Beginning with the 2010 state budget, lawmakers have diverted $4.5 billion from the School Aid Fund and K-12 schools, including $637 million in lost K-12 funding for the 2017-2018 school year and a record high of nearly $1 billion for the 2018-2019 school year.

And let’s be clear: This tactic has not been used to support Michigan’s kids or schools. In Gov. Snyder’s first budget for Budget Year 2012, the nearly $400 million taken from K-12 schools was accompanied by a $470 per-pupil cut in the K-12 foundation allowance—the only year since Proposal A in which the foundation allowance was statutorily cut. The cut was accompanied by a very large tax cut for businesses that cost $1.6 billion, with only part of that amount made up by increased taxes on individuals.

In 2012 and every budget year since, the School Aid shift has continued to only serve to increase General Fund dollars available for other uses, including tax cuts and credits that reduce revenue to the state like the aforementioned 2012 tax shift favoring businesses, repeal of the personal property tax, triggered income tax rate cuts down the road, the recent increase in the personal exemption and more. And lawmakers and candidates continue to talk about cutting the personal income tax.

Meanwhile, recent increases to the School Aid Fund and per-pupil spending have barely returned them to their 2011 funding levels. When accounting for inflation, the 2018 minimum allowance of $7,631 was equal to only $6,780 in 2011 dollars—a 7 percent drop in purchasing power and roughly $1,000 below where it should be. And this approach has not been a boon for universities and community colleges, whose annual funding has generally remained the same, with minimal increases primarily accounting for inflation.

Our K-12 schools and higher learning institutions depend on each other and competing for the same dollars hampers them both. Instead of prioritizing who gets funding, legislators should be funding all of the state’s top priorities, and that requires revenue and investment, not tax cuts.

It is time for lawmakers to make tough decisions again. Regardless of who sits in the governor’s office and Legislature next year, it is time to stand up for all Michigan kids and adequately fund K-12 schools AND our higher education institutions. And improve our roads, invest in public safety and support our communities, for that matter. Doing so will take two ideological shifts. One, legislators should again budget School Aid Fund dollars responsibly and return them to K-12 schools where they belong—while maintaining adequate higher ed funding through the General Fund. Two, state elected officials need to end their love affair with damaging tax cuts and instead RAISE new revenues and INVEST in our top priorities—especially K-12 schools.