Opinion | Why we're uniting to back construction of Great Lakes Tunnel

In Michigan, we love our lakes and take pride in our jobs.  The new, high-tech Great Lakes Tunnel planned for deep below the Mackinac Straits protects both.  With the state emerging from a global health pandemic, it’s a project that couldn’t be more important.

That’s why the state’s leading labor, business, and industry voices are speaking out together in a unique coalition — Great Lakes. Michigan Jobs. — to support construction of the Great Lakes Tunnel.

As state and federal agencies review permit applications this summer, as they ask for public comment, and as state officials weigh the best next steps to kick-start Michigan’s economy, we encourage them to embrace the Tunnel project, and the lakes and jobs it protects.

The Great Lakes Tunnel replaces a portion of Line 5, the pipeline that crosses the straits along the bottom of the lakebed connecting Michigan’s two peninsulas.  The Line 5 pipeline delivers the fuel that homeowners and worksites count on to keep Michigan’s economy moving.

Building the Tunnel will protect the lakes, make an already safe pipeline safer, create jobs and protect tens of thousands of other Michigan jobs when we need them most.  Every one of those goals matters.

The Great Lakes are more than a natural resource. They’re Michigan’s way of life. Our state’s identity, our traditions, and our jobs depend on healthy Great Lakes, and we fight to defend them.

Placing the pipeline in a state-of-the-art concrete tunnel deep under the lakebed provides multiple layers of protection, safeguarding the Straits from the risk of an oil spill.  An expert study commissioned by the state of Michigan examined the possibility of oil leaking into the Great Lakes from the proposed tunnel and found the risk “un-quantifiably low.”

The Tunnel is also a critical piece of the state’s economic infrastructure.  Building and operating the Great Lakes Tunnel will require roughly 2 million manhours of labor – largely Michigan labor.

Just before the beginning of the COVID-19 public health crisis, Enbridge, the company paying to build the Tunnel, announced the selection of Michigan contractors to handle its construction.

Livonia-based Jay Dee Contractors, Inc. and the new Great Lakes Tunnel Constructors were selected to do the heavy lifting on the essential building project.  And while the Tunnel itself will directly create hundreds of skilled trades jobs, its impact goes well beyond that.

More than ever as we emerge from the coronavirus pandemic, securing and protecting Michigan jobs matters, too.  Building the tunnel protects tens of thousands of direct and indirect jobs that rely on the fuel that’s flowing today through Line 5, and keeps the state’s manufacturing, chemistry, tourism and service industries moving.

It's a project that means hundreds of millions in capital investment, tens of millions in local property, sales, and income tax revenue our local communities count on every day, too. What’s more, Enbridge Energy has agreed to foot the $500 million bill for the project.

With so much on the line, it’s no wonder this project is backed by Democrats and Republicans, business and labor, families “Up North” and across the lower peninsula.

This summer, regulators and agencies are reviewing permit applications for the Tunnel, and state officials are plotting out the state’s next steps to kickstart the economy.  We’re excited to support a unique project that protects the Great Lakes, secures Michigan jobs, and will protect Michiganders’ access to affordable fuel.

Great Lakes.  Michigan Jobs.  We’re fighting together to defend them both.  We hope you’ll join us. 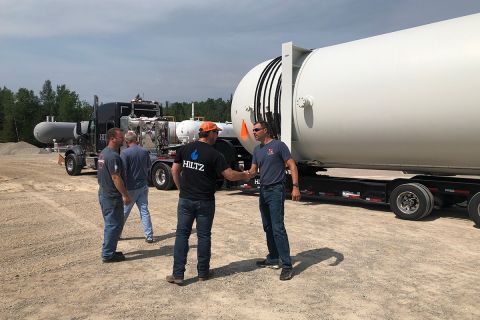 With Line 5 closure, a ‘game of chicken’ over how to heat Upper Peninsula

Weaning the U.P. of its dependence on Enbridge Line 5 will likely require investments in rail or truck-based propane transport. But one month after Gov. Gretchen Whitmer ordered Enbridge to shutter Line 5 by May, a Plan B for propane has yet to emerge. 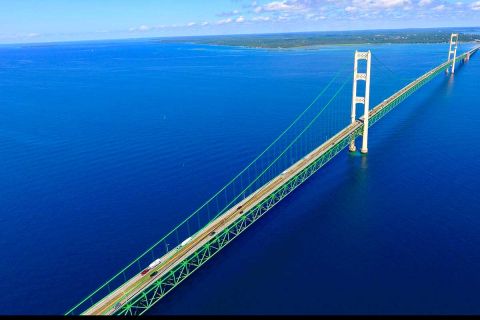 Q&A: What Michigan’s move to shut down Enbridge Line 5 means

Michigan Gov. Gretchen Whitmer has ordered the Line 5 pipeline shut down by May, but those involved in Michigan’s pipeline debate said they’re expecting a lengthy legal battle before the pipeline’s fate is settled. Here’s what we know now. 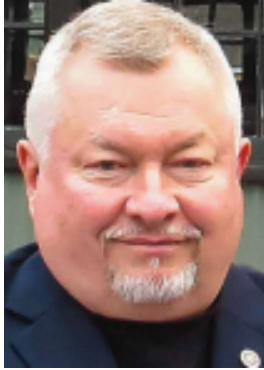 Governor Whitmer has made her choice on Line 5 for now, but it’s not too late for cooler heads to prevail and for her to reverse this decision.

There are maybe a half dozen tunnels under the St Claire river between Sarnia's Chemical Valley and Port Huron. Most of them have been there for many, many decades with no issues about safety or spillage. The quicker a tunnel can be built in the straights to house line 5, the better. Fighting the construction of the tunnel only extends the time period that line 5 lies on the bed exposed to the dangers that are inherent. Get on with the construction! Protect our Great Lakes!

Enbridge has lied about and obfuscated the truth about Line 5 for decades. It is not entitled to the trust it demands from the citizens of Michigan. Let's not forget how it poisoned the Kalamazoo River and how it invaded Stockbridge Township, ruined the quality of life and destroyed the Township's roads and community. https://www.lansingstatejournal.com/story/news/local/2015/09/25/enbridge...
Enbridge is under the Straits of Mackinaw by the grace of the people of Michigan who granted it an easement. The company has abused the State's easement and violated its strictures countless times, and it was facing the loss of the easement prior to the last election. The Republican lame ducks, knowing that Line 5 was in violation of the easement and vulnerable to losing it completely, pushed the tunnel deal through without regard to Enbridge's history and the lack of value to the people of the Michigan. I have no doubt that those elected officials who sold out to Enbridge were well compensated. Now we have a disaster on the calendar, just waiting to happen.
The only way to get a handle on climate change is to put a lid fossil fuel, and the only way to do that is to leave it in the ground. But we humans have failed the marshmallow test repeatedly, proving we are too stupid to stop drinking the Kool Aid. As a result of greed we now have a horrible problem...a pipeline ready to destroy the Great Lakes and a pending tunnel project that we haven't been able to stop.
Do you think we could split the difference and save the Lakes? Why can't we shut down Line 5 now (or refuse to allow it to be re-opened after the latest failure)? I would be willing to negotiate for a full decommissioning of the line right now, in exchange for an acceptance of the tunnel. This would do several things. It would remove the imminent threat of an unconscionable disaster in the Straits. It would recognize that the sneaky conduct of the lame ducks was technically legal (not ethical or right, but technically legal) and allow the permitting process to go forward. Of course we will have to rely on the good faith, unbending will and scientific expertise of our civil servants and watchdog NGO's like the Sierra Club and others without a profit motive.
Enbridge would have a chance to show a modicum of good faith and make some amends by forgoing the ability to ship oil under the Straits for several years until the tunnel is built. I have no doubt that it has a contingency plan in place for such an event, just as I have no doubt that WHEN the pipeline ruptures Enbridge will be shipping oil the next day using those contingency plans while it files for bankruptcy and sloughs the cost of the cleanup off onto us. The most urgent threat to the Great Lakes TODAY is Line 5. Bite the bullet. Get it shut down completely now and we will hold our noses and accept the stinking truth that political and corporate greed have won this battle.

Right on! Shut down Line 5 now, then let’s talk about the tunnel. Those who say we need the tunnel to keep our Great Lakes safe are tacitly admitting that they’re not safe now. I think they tunnel is just a red herring to keep the line open for as long as possible.

Renewable sources of energy benefit the planet and will give life on earth the health and future it deserves.

This is not the view of the people living here agree with! Shut it down, NOW! Quit with your BS!

[[[Livonia-based Jay Dee Contractors, Inc. and the new Great Lakes Tunnel Constructors were selected to do the heavy lifting on the essential building project. And while the Tunnel itself will directly create hundreds of skilled trades jobs, its impact goes well beyond that. ]]]]

Do you mean this guy?

[[[But just last year, Jay Dee was one of three plaintiffs sued in Macomb circuit court for negligence in connection with the infamous Fraser sinkhole collapse in 2016.

The complaint was filed last April and remains open. The Macomb County drainage district is seeking $70 million dollars plus costs and attorney fees to recover some of the costs of the Dec. 24, 2016. incident.

The sinkhole opened when a sewer line collapsed between Hayes and Utica near 15 Mile Road. The incident closed a portion of 15 Mile for nearly a year, temporarily displaced more than 20 families, and led to two homes being demolished.

Additionally, in 1999, Jay Dee was part of a joint venture contracted by the Detroit Water and Sewerage Department (DWSD) to build a 1.23-mile deep-level rock tunnel which would have extended a sewer “outfall” system from the department’s treatment plant and under the Detroit River.

This project called Detroit River Outfall-2, or DRO-2, was never completed. All work came to a halt once the tunnel flooded with groundwater “to a level of impossible recovery” in April 2003. The company’s contract with the department (PC-709) was subsequently terminated.

A later attempt to proceed with a modified version of the failed project under a different contractor and plug a portion of the flooded tunnel was also ultimately abandoned.]]]

Yeah! That makes me feel better!