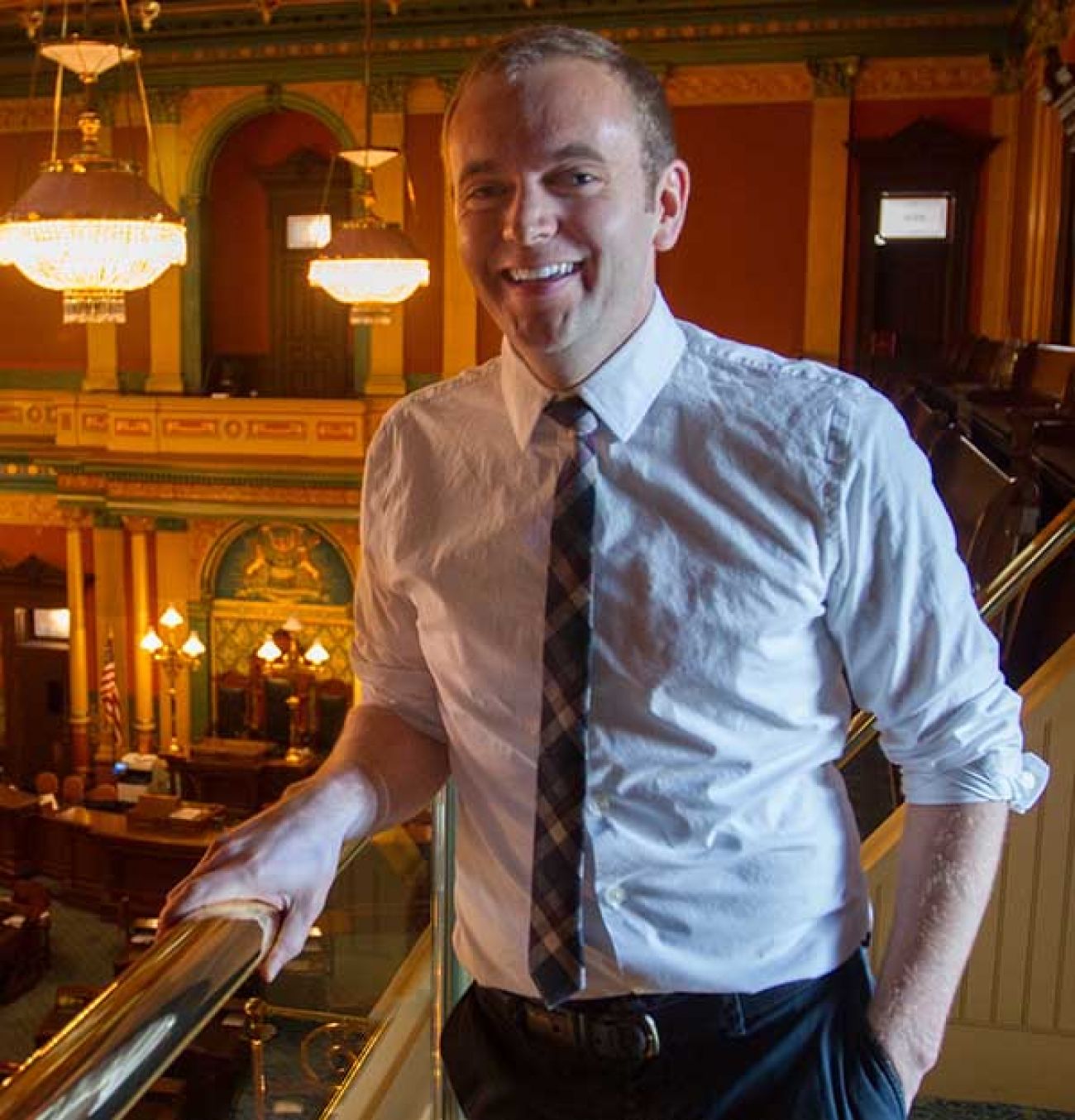 I have a 1-year-old son. There was a day recently he rushed into my family’s living room upset and crying.

He can string some words together, like “I want fox” (that’s his favorite stuffed animal), but he’s not quite to the point of being able to explain complex problems. So I couldn’t figure out what was wrong.

Eventually, after checking his whole body, I realized that he had stepped on a tiny piece of glass that got caught on the bottom of his foot. I took the small piece of glass out. And he was better.

The lesson, I believe, is the following: To fix a problem, you have to be able to identify what’s behind the problem. In Michigan, we have a problem. People’s trust in their government has plummeted, and people on both sides of the aisle don’t believe their elected officials are listening to them.

There’s probably a whole bunch of reasons for this. Among them is the growing amount of money flowing into our politics and the extreme secrecy that prevents the average Michigander from being able to follow it.

There’s not a single person or decision that’s to blame. It’s taken a lot of time and a lot of people for Michigan to get to the bottom of the rankings of all states for transparency and accountability.

MORE COVERAGE: Michigan residents to Lansing: We don’t trust you to do the basics

But what I can say with certainty is that the problem got worse this week. And what is just as troubling is that the reasons it got worse are hard to explain. They take time to understand and will complicate the public’s ability to ultimately identify the impact.

The Legislature and Gov. Rick Snyder put a new law in place on Thursday that will help balloon the growing cost of elections in Michigan and could make the true sources of the money harder to track. The law sets definitive policies in areas of campaign finance that were murky previously.

Supporters of the bill, Senate Bill 335, say it simply codified the U.S. Supreme Court’s 7-year-old decision in the Citizens United case. It actually did more than that.

Michigan’s new law, however, specifically ensures that candidates will be involved and says they can solicit unlimited contributions to supposedly “independent” Super PACs that will later support them.

Michigan has had limits on giving to candidates’ campaigns since the 1970s. Then-Gov. William Milliken championed the limits in an ethics reform package as a response to Watergate.

The limits on giving to candidates’ campaigns still exist. But the new law makes it easier to get around the limits. A donor could give $6,800 to a candidate for governor, which is the maximum amount an individual can give for that office, and then the same candidate could ask the same donor to give $680,000 to a Super PAC controlled by one of the candidate’s friends.

There’s another detail to understand about Super PACs. They can take money from corporations, which means a nonprofit organization that raises money from anonymous donors can contribute to them. Companies whose ownership is difficult or perhaps impossible for the public to trace can also give to them.

Lawmakers could have placed limits on candidates’ involvement in fundraising for Super PACs. There’s a limit on the federal level. They could have added extra transparency measures and reporting requirements for Super PAC donors. They chose not to.

A lot of people involved in politics from both sides of the aisle are dismayed by this new law. I’ve been asked repeatedly by people this week, “How do we get the public to care about this?”

I think people care. I think people are also jaded by the large number of similar bills that have made it through the Legislature in the last years. The impact of this new law also doesn’t fit easily in an eight-word headline or a 140-character Tweet.

It’s complicated. And it can be frustrating.

But I encourage you to keep trying to figure out what’s happening in Lansing. Keep pushing to determine who’s trying to influence your representative and what they want.

(Bridge asked bill sponsor Sen. David Robertson, R-Grand Blanc, through email, and Senate Majority Leader Arlan Meekhof, R-West Olive, through his chief of staff, if they would be interested in writing a guest column advocating for the bill. Neither responded to our request.)