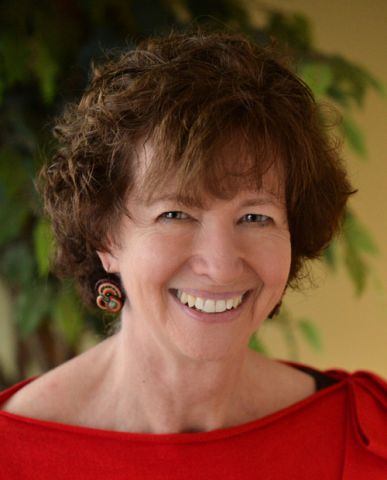 Efforts to repeal and replace the Affordable Care Act have swirled through Congress throughout 2017, culminating in the U.S. Senate’s 11th-hour failure to garner enough votes to advance its Graham-Cassidy bill before the end of the fiscal year.  It appears that repeal-and-replace efforts are now on “pause” as Congressional focus shifts to tax reform, providing time to reflect on the underlying issues that resulted in so much turmoil over the past nine months.

The health care debate exemplifies much of what is wrong in politics today: There is much talk about policy proposals and virtually no talk about the beliefs that underlie those proposals.

As Americans, what do we believe is the government’s role in ensuring access to health care? What do our elected policymakers believe?

Nearly every other developed nation answered these questions decades ago. From Germany’s Otto Von Bismarck in the 1880s and the British duo of Beveridge and Bevan in the 1940s, to Canada’s Tommy Douglas in the 1960s, leaders in countries that have adopted a comprehensive approach to health care have articulated the government’s role in financing health care.

In all of these cases, the basic health care financing mechanisms have proven remarkably sturdy over time and well supported by the public at large.

In America, we have never really debated the core issue about who should pay for health care and why. Without that open and clear debate, health care financing in America continues to be controversial and the policy goals muddled.

While there was some allusion to beliefs on the government’s role in the most recent health care debates, those underlying beliefs for the most part became obscured with slogans about “freedom” or “death spirals” or “exploding markets” or “the collapse of Obamacare.”

Broad and inaccurate statements, like “everyone already has access to health care,” further obscure the more important belief debate. These statements generalize the fact that, by law, hospital emergency rooms cannot turn people away regardless of their health insurance status. However, that limited, legally-mandated “access” is not what most people mean when discussing the government’s role in helping to assure cost is not a barrier to care.

The core question then becomes: Is it government’s role to ensure that people have access to a set of defined and relatively broad health services regardless of cost?

By reverse engineering, one can see the dueling belief systems at work in both the House-passed ACA repeal and replace bill, the American Health Care Act (AHCA), and the most fully developed Senate ideas embodied in the Better Care Reconciliation Act (BCRA) and Graham-Cassidy bill: one treats health care as any other good or product in the marketplace, while that the other treats health care as a social good.

The market viewpoint is reflected in many provisions within these bills. In particular: the ability of states under certain conditions to waive requirements related to essential benefits and allow rates to vary based on someone’s health status. Provisions that would repeal the cost-sharing subsidies, end the Medicaid expansion enhanced funding and limit core Medicaid funding through per capita caps or block grants also support the viewpoint that government’s role should be limited when it comes to health care financing.

The social good viewpoint—that people should have access to at least some critical health care without financial barriers and regardless of health status—is also embedded in these bills. This viewpoint is visible in provisions that continue to provide individuals with tax credits to purchase health insurance coverage and that provide states with additional funds for high-risk pools, reinsurance (invisible risk-sharing) and special funds designated to cover maternity care, mental health and newborn care.

The contradictory philosophies that underlie these differing policies are what made it so difficult to get a bill through the House and the Senate: They offer two competing views on the role of government in health care.

Most of the obfuscation about goals is coming from those who believe healthcare should be treated and priced as a market good. That belief system is a legitimate viewpoint that should be articulated and debated. Yet champions of this market good perspective have not been explicit largely because it is out of step with the American public. In a January 2017 poll, 60 percent of Americans said the government has a responsibility for assuring healthcare for all.

The overarching role of government in health care financing is a settled question in all developed countries except the United States. For citizens to effectively engage in a policy debate, they must understand what philosophy their representatives are trying to achieve. Only with that clarity can true bipartisan solutions be pursued between those who share differing belief systems.

If the policy goals are aligned, then the health care coverage issue becomes a technical question of what works and what doesn’t, which evidence can inform. However, that technical issue can only be productively addressed once it is clear that policy makers are working toward the same goals.