DETROIT—Mark Covington vowed 12 years ago to clean up debris from an empty lot on Georgia Street. A native of Detroit’s east side, he ended up creating a community center and urban farm for neighbors within the City Airport neighborhood.

Now, Covington said, the Georgia Street Community Collective, which provides resources to supplement seniors’ monthly food budget, creates learning opportunities for children, and a home for community-related events, could be threatened by air and ground pollution from hazardous waste just a mile away.

In January, regulators from the Michigan Department of Environment, Great Lakes and Energy (EGLE) approved a ninefold expansion of a nearby hazardous waste facility owned by US Ecology.

But now, as Michigan and the nation debate racial inequities, Covington and other advocates for environmental justice hope to reopen the books on the US Ecology decision. In doing so, they hope to achieve broader reforms in a state environmental regulatory system that they say too often forces Black, brown and poor Michiganders to carry the burden of pollution and other environmental harms, while wealthier white residents live comfortably distant from such threats.

In July, the Great Lakes Environmental Law Center filed a first-of-its-kind civil rights grievance with EGLE on behalf of the coalition, challenging the US Ecology decision in Detroit and seeking to overhaul how the state decides where to place hazardous waste facilities statewide.

The complaint is part of a broader effort to make headway on a variety of environmental justice issues, from water security to air quality, while the COVID-19 pandemic and the Black Lives Matter movement have created “an urgency” around racial justice that didn’t exist months ago, said Justin Onwenu, an environmental justice organizer with the Sierra Club in Detroit. 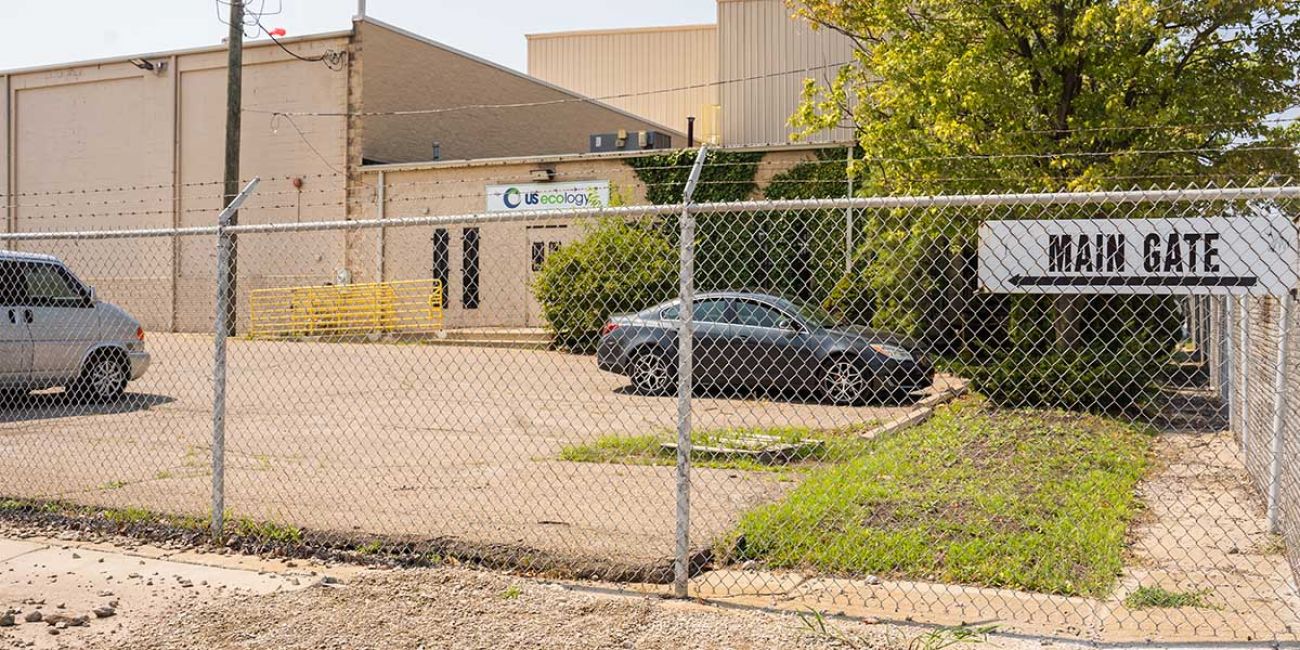 “All the conversations going on right now have turned into conversations about systems, and not just individual policies or initiatives,” he said. “Everyone is excited to make some systemic changes that keep our communities safe and make sure people are healthy.”

Covington, co-chair of the Coalition Against the Expansion of US Ecology, called the state’s decision in January to allow the facility’s expansion “ridiculous.”

“We found out that they are allowed to discharge a certain amount of chemicals in the sewage system, that they didn’t have any annual soil testing done to see if they were polluting the ground or the air,” he said.

Then the coronavirus arrived.

“We want to work with you to fix it”

Soon after COVID-19 slammed into Michigan in March, it became clear the pandemic was not affecting Michiganders equally.

The same disparities are playing out across the nation. Researchers have linked the pandemic’s uneven toll to a host of factors, including exposure to polluted air that makes a person more susceptible to diseases that attack the lungs, as COVID-19 does. Across the nation and in Michigan, people of color are far more likely to breathe polluted air, while white consumer demand drives such pollution.

A study last year found environmental injustice hot-spots in low-income communities of color throughout the state. The findings weren’t news to southwest Detroiters who live near a busy freeway, a Marathon oil refinery that has repeatedly violated state and federal air quality rules, coal-fired power plants and other industrial facilities. Nor were they news to northeast Detroiters who live in the shadow of US Ecology and several other industrial facilities.

In approving the US Ecology expansion, EGLE regulators concluded the facility doesn’t pose a threat to human health or the environment. But Pamela McWilliams, who lives less than a half-mile from the facility, said she is not convinced. The site is licensed to store and treat a host of hazardous substances, from arsenic and cyanide to mercury. The company has also stored PFAS there. She doesn’t feel safe with those hazards in her backyard.

“I could sit here and name the people who have passed, back-to-back-to-back, from cancer,” said McWilliams, including her nephew just last week. Residents must also deal with loud noises from the facility, dust and vibrations from passing trucks, and acrid smells that sometimes permeate the neighborhood. 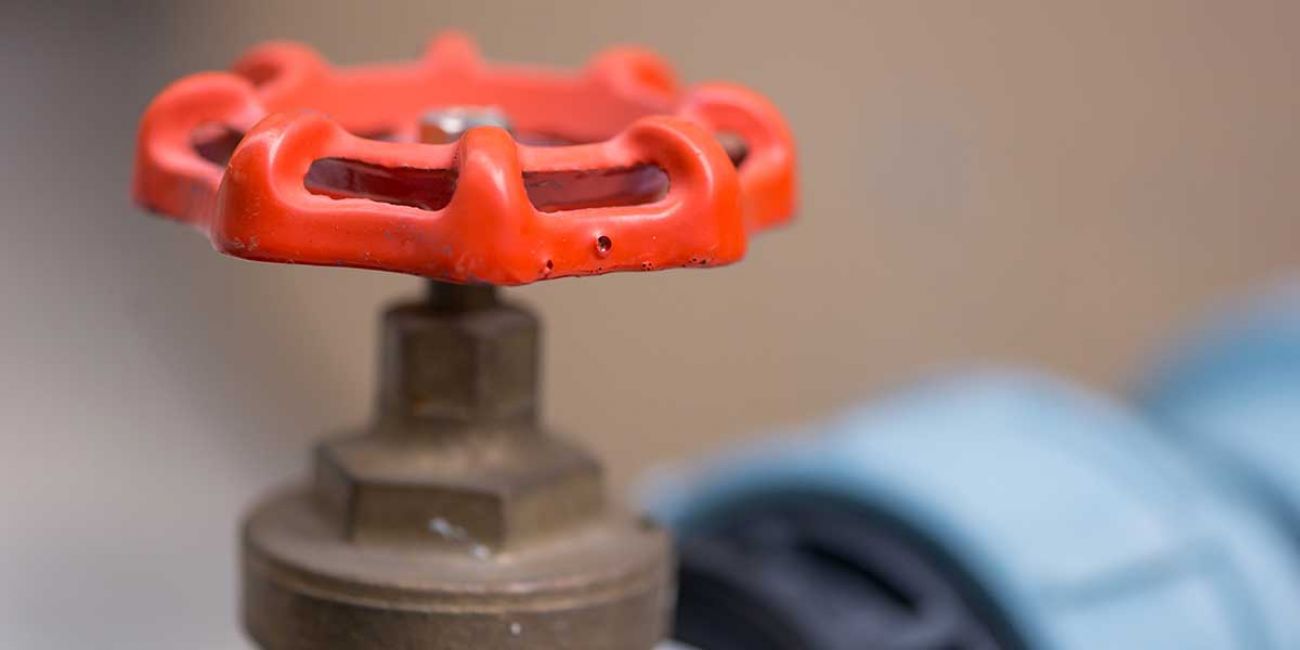 “Just because I don’t live in the same tax bracket as you,” McWilliams said, “doesn’t mean I don’t have a right to be comfortable.”

Those actions stemmed largely from recommendations made by the administration of her predecessor, Gov. Rick Snyder, in response to the Flint water crisis, which a state task force decried as an act of “government failure, intransigence, unpreparedness, delay, incaction and environmental injustice.”

Concrete policy proposals have been slow to follow, but Whitmer spokeswoman Chelsea Lewis said the administration is working to develop them.

“We have a lot of work in this space that is currently in progress and will have more to share soon,” Lewis said in an email to Bridge.

Strong said EGLE is developing an environmental justice summit and there is ”renewed interest in looking at injustices” at the state level.

“The goal is to better identify injustices affecting communities,” Strong said. “It’s understanding what those issues are and the impact of the process.”

Advocates said they want to see the administration move beyond symbolism and make concrete changes to state actions that too often force their communities to bear an outsized burden from pollution. The US Ecology grievance is a test volley. 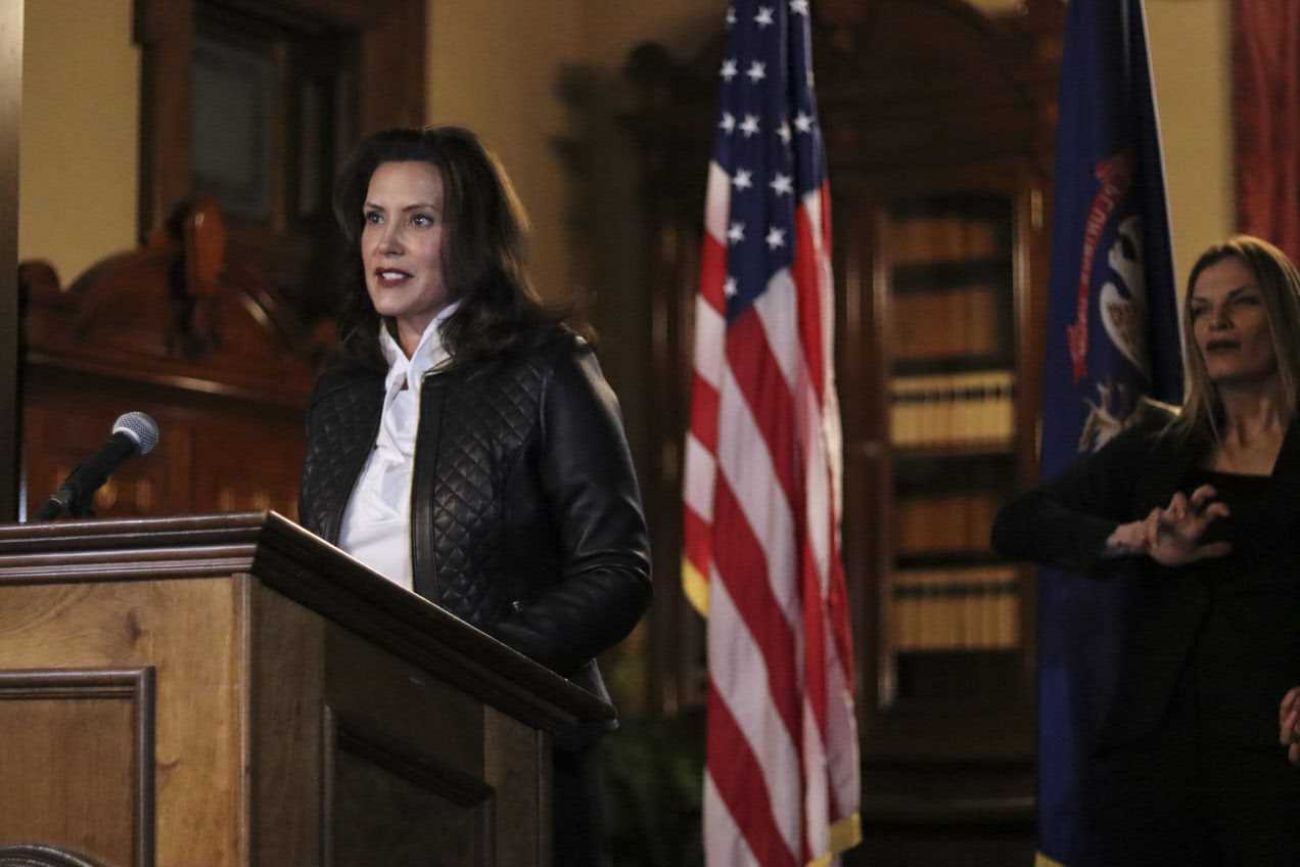 “The most common question that I've received from community residents concerned about this issue is ‘Well, what's different? What’s different with this administration in terms of my life?’ ” said Nick Leonard, executive director of the Great Lakes Environmental Law Center, one of several groups behind the civil rights complaint. “We wanted to sort of bring this complaint directly to them to say, you've said these things. You've said this is a priority. Here’s this really glaring environmental justice issue in Michigan, and we want to work with you to fix it.”

Citing a 2007 report by a group of environmental, sociology and demographic experts, prepared for an environmental ministry of the United Church of Christ, that found Michigan to be the worst state in the nation for siting hazardous waste facilities in communities of color, they seek a remedy that goes beyond the US Ecology site in Detroit.

Covington said US Ecology originally held one public meeting in Hamtramck that was poorly attended. When a neighbor alerted him to the company’s planned expansion, Covington said he and other neighbors demanded more information and public engagement.

“There are no people within a 300-foot radius” of the company’s border, Covington said. “It’s an industrial corridor, so who are you notifying?”

In filing the complaint, the groups are taking advantage of a newly-created avenue within EGLE designed to increase the agency’s responsiveness to environmental injustices. Originally, community complaints would go to the federal Environmental Protection Agency.

Strong said her team created the new process that allows residents to send complaints straight to EGLE. The department then has 14 days to let the complainant know whether the department will launch a formal investigation, giving the state an additional 180 days to rectify the situation, or create an informal resolution within 90 days. EGLE officials have agreed to negotiate with US Ecology opponents, but Strong said she did not know the details of the negotiations.

A spokesman for US Ecology declined to comment on the complaint, but noted that "safety is our number one priority” and that other area industries share the blame for causing noise, dust and fumes.

“The permit, oversight by regulators, and the engineering and extensive safeguards employed by the facility serve to ensure that waste is managed responsibly in order to protect human health and the environment and the neighboring community,” said spokesman David Crumrine.

Beyond hazardous waste sites like US Ecology, Strong said the state is working to better consider environmental justice in “a number of processes.”

A few examples: The state is developing an “environmental justice screening tool” to help it identify communities disproportionately impacted by environmental threats. EGLE has created a plan to better include residents who are non-English speakers in its state decision making. And the Michigan Public Service Commission is working to incorporate justice considerations into utility oversight by adding an “environmental justice analysis” to the long-term plans utilities submit to the state outlining how they intend to meet future energy demand.

Monica Lewis-Patrick, co-founder of We the People of Detroit and a member of the state’s environmental justice advisory council, said she came to the table “kicking and screaming,” thinking the state council was just a “horse and pony show” for the governor. But Whitmer’s temporary moratorium on water shutoffs amid the COVID-19 pandemic has momentarily convinced her otherwise. The council and Strong pushed for the moratorium, and Whitmer ultimately listened.

“It was because of Regina Strong's vigilance in saying ‘You cannot let the people of Detroit not have some form of water relief,’" Lewis-Patrick said. "As diplomatic as she is, she would not stop."

Whitmer spokeswoman Lewis called the administration’s efforts so far “short-term fixes” but noted the administration is working to develop “concrete policy initiatives that will impact the lives of people living in environmental justice communities.”

Activists have called on Whitmer to live up to campaign promises to seek permanent protections against water shutoffs, but Lewis contended that will take cooperation from a Republican-controlled Legislature that has frequently butted heads with the Democratic governor. She noted that Whitmer has requested legislation requiring utilities to report information on rates to give the state “a clear picture of the needs of Michiganders and practices being utilized by water utilities.”

Spokespeople for Senate Majority Leader Mike Shirkey and Speaker of the House Lee Chatfield did not return calls seeking comment.

But council members contend there are ways to further environmental justice in Michigan without major policy changes or legislative approval. For example, said Leonard of the Great Lakes Environmental Law Center, EGLE could revise its approach to reviewing new air pollution permit requests to better account for the cumulative impacts of industrial polluters clustered near one another. That could make the state less likely to approve new permits in areas like southwest Detroit, a heavily Latino and Black community which the Environmental Protection Agency has flagged for high levels of ozone and sulfur dioxide.

Leonard said his group has suggested such changes, but EGLE officials didn’t agree that it could be done without changing statutes or regulations.

Lewis-Patrick also wants the state to focus on lead pipe issues, water affordability, and encourage the development of community benefit agreements with businesses like US Ecology to create more jobs in Detroit. Such agreements generally require developers to provide jobs, philanthropic commitments, environmental mitigation or other benefits meant to offset the negative impacts of business activities in a community.

Michelle Martinez, coordinator of the Michigan Environmental Justice Coalition, said she is closely watching the state’s response to issues like the November Revere Dock collapse that spilled large quantities of limestone aggregate into the Detroit river, the debate over the Line 5 petroleum pipeline, and pending air pollution permit requests by some Detroit industrial facilities, looking for indications that Whitmer’s environmental justice vows will translate into action.

A recent settlement with Marathon Oil, which requires the company to pay a $81,853 fine for air quality violations at its Detroit refinery, fund air quality retrofits at a nearby school and provide real-time public air quality data, is a promising sign, she said.

“It’s really good to listen,” Martinez said, “but we need proactive steps to stop the increase of pollution and start cleaning up the airshed.”

Built to keep Black from white: The story behind Detroit’s 'Wailing Wall' 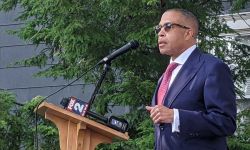