KALKASKA — A forested former Boy Scouts camp near the headwaters of the Manistee River could easily have been sold to developers. A shuttered Traverse City golf course nearly became condos or a race track. Another plan called for luxury homes on a 48-acre parcel containing rare coastal marshland along East Grand Traverse Bay.

Instead, all three properties and dozens of others are now protected for generations, the result of a recent push by the Grand Traverse Regional Land Conservancy to protect land from development in Manistee, Benzie, Grand Traverse, Kalkaska and Antrim counties.

All told, the Conservancy has protected 7,500-plus acres since 2015, including some of the region’s most pristine habitats, iconic landscapes and beloved recreational areas.

The group’s portfolio of 46,000 protected acres and more than 150 miles of shoreline makes the Grand Traverse group “one of our best land trusts in the country,” said Andrew Bowman, president and CEO of the Land Trust Alliance, a national group representing land trusts.

As government officials look to conserve nearly a third of the world’s landmass to protect biodiversity and combat climate change, experts say private land protection like that done by land trusts and conservancies is one of society’s best tools to meet the goal.

Grand Traverse is emerging as a model.

Land use has become a hot topic in Grand Traverse County, which grew by 8,252 people, or 9.5 percent over the past decade. That growth is fueling development that could go in one of two directions: Up, or out.

New development that stretches further from towns can increase car dependency, destroy habitat and diminish the natural beauty that make communities like Traverse City attractive to newcomers in the first place.

“That view used to all be trees,” said Glen Chown, the conservancy’s longtime executive director. Now, luxury homes perch at the edge of a nearly treeless eroding ridge. 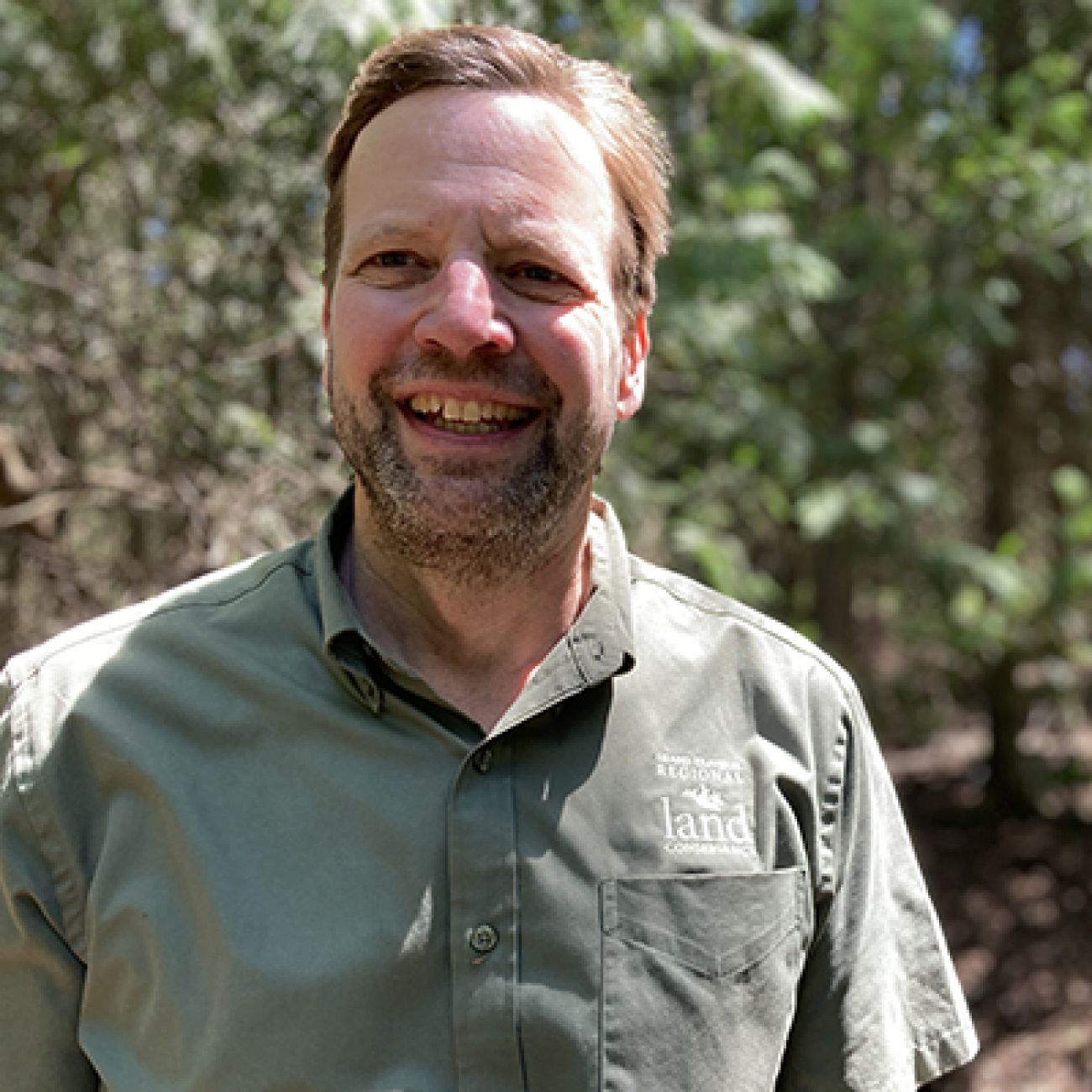 To keep up as development transforms open land, “we realized we needed to greatly accelerate the pace of our work,” said Chown. So the conservancy launched a fundraising effort that it called “The Campaign for Generations” in 2015, an appeal to protect dozens of ecologically-important properties across the region.

The conservancy pinned its campaign on an ambitious vision for the region’s future: Improving access to nature for the region’s growing population, protecting the lands surrounding waterways that provide the region’s drinking water, and preserving the area’s farming legacy as rising land values increase development pressure.

Preserving undeveloped land is critical for the environment. Forested land is a carbon sink, because trees absorb and store heat-trapping carbon dioxide in their trunks. Undisturbed soil, meanwhile, can sequester carbon from decomposing plants, preventing it from entering the atmosphere.

Wild places are also reservoirs of biodiversity that can help preserve species as climate change speeds up an ongoing extinction crisis caused by human encroachment, overhunting and overfishing. The Grand Traverse conservancy’s land protection efforts included habitat for a host of threatened plants and animals, from loons to locusts.

A United Nations report this spring called for widespread land conservation and restoration to ward off “severe climate-induced disturbances” resulting from continued sprawl. Both President Joe Biden’s administration and that of Gov. Gretchen Whitmer have set goals to protect 30 percent of Michigan and the country’s landmass by 2030.

Michigan, with its vast national and state forests and plenty of privately owned timber and farmland, is a prime location for the conservation push, said Brian Klatt, director of the Michigan Natural Features Inventory, a Michigan State University Extension program that documents species and habitats.

While the federal government’s preliminary plan to achieve 30-by-30 is sparse on details about what qualifies as conserved land and how to create more of it, it stresses that voluntary efforts to restore and protect private land will be key.

That, Klatt said, makes the efforts of groups like Grand Traverse “an absolutely necessary part of an overall conservation strategy.”

Though conservation groups and developers can be at odds on individual projects, the region’s home builders have few qualms, broadly speaking, with the conservancy’s land protection push, said Lauren Tucker, executive officer of the Home Builders Association of the Grand Traverse Area.

“It's fair that a certain percentage of land be conserved,” Tucker said. “But I think it's fair to plan for controlled growth also.”

Right now, she said, the pinch point for developers are regulations that make construction projects more expensive and complicated, rather than the ability to access developable land.

The conservancy is one of more than 30 across the state that have protected 673,000 acres from development. These nonprofits typically rely on private donations, foundations and government grant programs to buy land, arrange its sale to local or state government, or orchestrate easements in which private landowners sell off the right to develop their land.

About half of Grand Traverse Regional Land Conservancy’s work involves such easements.

Isaiah Wunsch, a cherry farmer on the Old Mission Peninsula north of Traverse City, called the easements “the only reason that I'm able to be the sixth generation on our farm.” 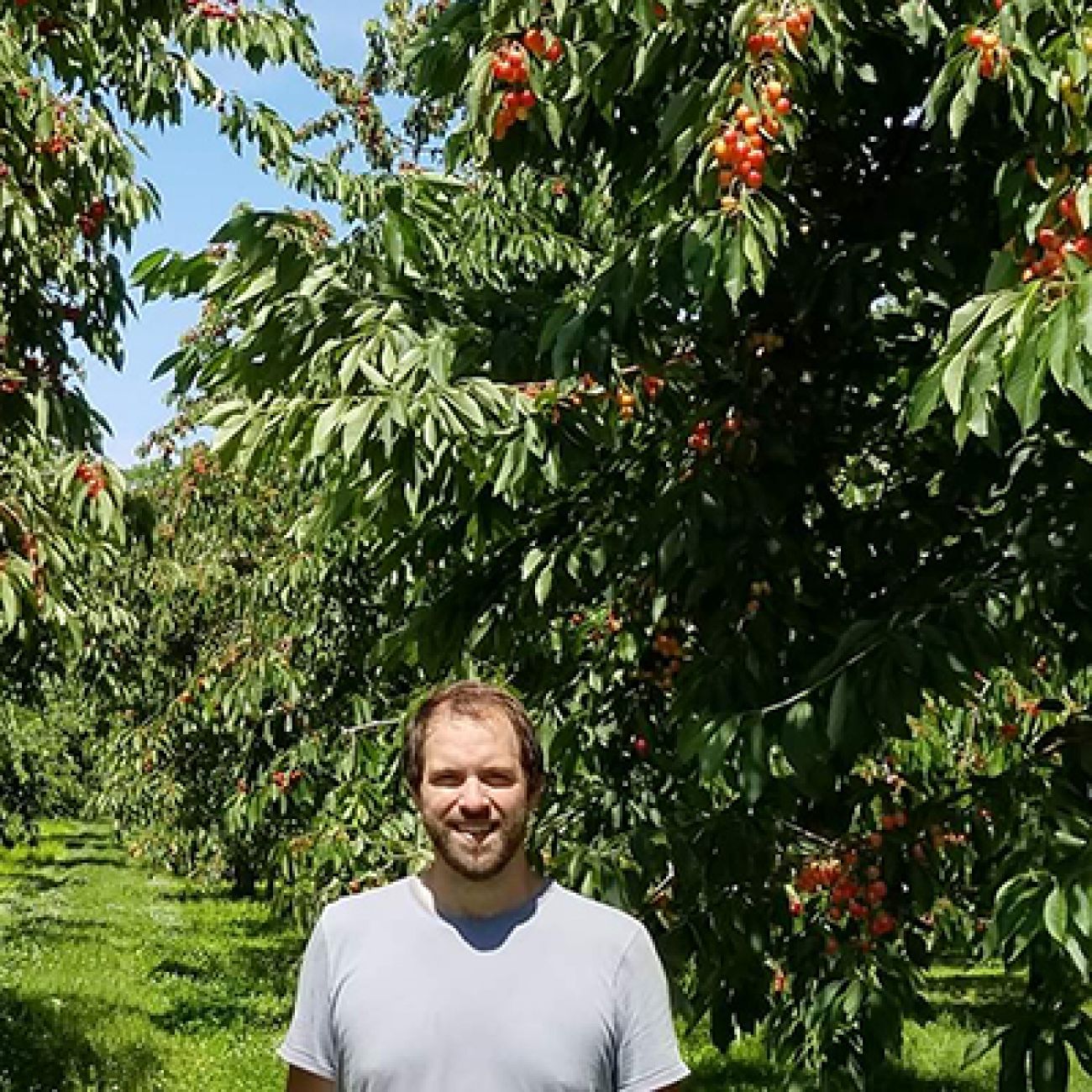 Isaiah Wunsch, a sixth generation cherry farmer, has protected some 70 percent of his family’s 1,000 acres through easements that prevent future development of the land while allowing the Wunsch family to continue farming there. (Photo courtesy Grand Traverse Regional Land Conservancy)

Statewide, Michigan lost 68,800 acres of farm, forest and rural land to development during the five-year period from 2012 to 2017. In Michigan, 32 land trusts collectively conserved just over 40,000 over that entire decade.

“We have a long way to go,” said Jonathan Jarosz, executive director Heart of the Lakes, a statewide association of land conservancies. Successful groups can provide a blueprint for others. Some are aiming to emulate Grand Traverse.

One key to Grand Traverse’s success: The long game. Many of its most recent acquisitions have been on the conservancy’s radar for years or even decades.

Days after Chown arrived as the conservancy’s only full-time staffer in 1991, a colleague brought to his attention 48 acres of marsh and uplands next to a publicly-owned hunting area on East Grand Traverse Bay.

“I started talking to that family (the property owner) the next week,” Chown said. Twenty-five years later, in 2016, the family agreed to sell the property to the Michigan DNR in a deal brokered by the conservancy. “The conversation took that long.”

That points to another strength of local private land conservancies, said Adesoji Adelaja, John A. Hannah Distinguished Professor in Land Policy at Michigan State University: They know where high-priority lands exist and are nimble enough to quickly step in when opportunity arises.

He said state land agencies and big national groups tend to get bogged down in bureaucracy or focused on high-profile issues, prompting them to miss smaller land protection opportunities.

The Grand Traverse conservancy has mapped every parcel 20 acres or larger across its five-county service area — nearly 12,000 parcels in all — prioritizing those with exceptional habitat, important waterways running through them, or other important conservation values. And it’s developed deep relationships with other local actors.

Allison Smart, environmental division manager for the Little River Band of Ottawa Indians, called the conservancy an important partner in conserving land while keeping it open for tribal hunting and fishing access. The band partnered with the conservancy on a number of projects, most notably an effort to protect and restore the Arcadia Marsh Preserve in northern Manistee County. 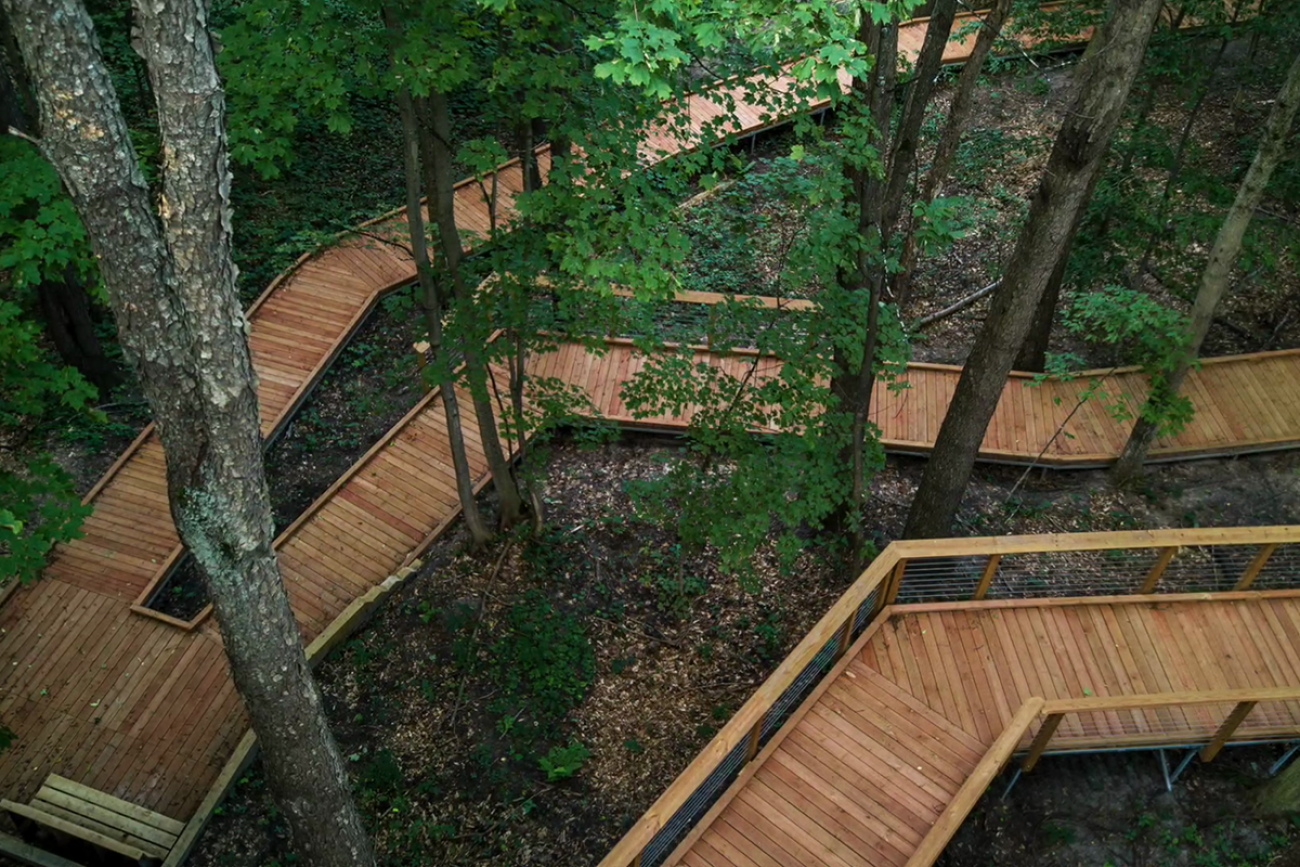 “No one can do all this work alone,” she said. “So the better those partnerships we have, the more we can do together and the better we are.”

Experts said Grand Traverse’s success is also a reflection of fortunate timing and its location.

Unlike large parts of southeast Michigan that were swallowed up by suburban expansion in the last century, northwest lower Michigan still has abundant open land that’s ripe for conservation, Klatt noted. And because the region has long been a vacation destination renowned for its natural beauty, Jarosz said, the organization draws fundraising support not just from local residents, but also longtime visitors and major foundations.

“That unique combination of support does not exist in many places,” Jarosz said.

Chown attributed some of the conservancy’s impressive community support — the Campaign for Generations raised $94 million  — to an embrace of “protecting land for people,” instead of from them.

“You can't raise big dollars,” Chown said, “unless you've got a compelling case for support with some urgency.”

In recent years the conservancy has prioritized human use of its properties, expanding trail systems and boosting wheelchair accessibility. And it has sometimes partnered on land purchases that aren’t high priorities from a conservation standpoint, but could bring big benefits to a local community, such as a park on the Platte River in Honor.

Jennifer Jay, the conservancy’s communications and engagement director, said the group avoids the “not in my backyard” activism that sometimes dominates conversations about land development in booming towns like Traverse City.

As Grand Traverse looks to the next decade, Chown said, “our phones are ringing off the hook” with potential conservation opportunities. More than a dozen projects are in progress, with about as many in the pipeline.