In 2014, the legacy problem of lead pipes throughout the nation came to a head in Flint, Michigan, when the city emergency manager’s decision to switch the water source and not treat it to prevent corrosion led to lead leaching from the pipes into the city’s drinking water.

But while that situation was directly catalyzed by the choices made by local and state officials at the time, the root of the water infrastructure problem began decades before.

When the American auto industry took a hit in the ‘80s, so did Flint. Once a booming city rife with industrial work and development, due in large part to General Motors’ presence, Flint’s population went from nearly 200,000 in the ‘60s to 80,000 now. Census data shows that in 1969 12.4% of all persons in Flint lived below poverty level, while 2020 census data shows that 37.3% of the population of Flint now live in poverty.

“Now you have infrastructure that’s too huge for the city and the water’s just stagnated, and you have to downsize but the city doesn’t have enough tax base to downsize the infrastructure,” said Arthur Woodson, Flint resident and local activist. “The city has to take loans out and now they’re in a bind, because they can’t pay the loan back and they’re in trouble.”

By 2002, Flint was $30 million in debt and the state of Michigan stepped in with an emergency financial manager.

Then once again in 2011, the state stepped in with an emergency manager when Flint faced a $19.1 million deficit by 2012. One of the actions taken to reduce that debt was to switch its water source to the Flint River. To save even more money, a corrosion inhibitor was not added to the water.

Now, Flint residents are back on Detroit water and nearly all of the city’s lead pipes have been removed with the assistance of funding from the state and federal government. But the funding shortages that triggered the water crisis remain a problem that Flint has yet to solve.

“The city of Flint has been in a financial crisis for a very, very long time,” Mayor Sheldon Neeley said in his opening remarks at the Flint City Council meeting where he presented the 2022-23 and 2023-24 preliminary budgets.

“Much of the city’s problem is due to stagnant long-term revenues and rising pension costs,” the budget report stated.

It’s a growing problem that not just Flint but shrinking post-industrial cities around the U.S. are facing, particularly in the Great Lakes region, which overlaps a lot with the Rust Belt.

A 2016 report from the U.S. Government Accountability Office on water infrastructure highlighted this exact issue, listing cities like Flint; Detroit; Gary, Indiana; and Niagara Falls, New York, as examples. Rising utility costs and declining revenue from declining populations combine to create a huge challenge for water and wastewater utilities in these cities, the report detailed in its introductory letter.

The expensive need to replace lead pipes is just one of the ways that the issue of neglected, aging water infrastructure is reflected in cities. All around the region, water crises take the form of – if not corroding lead pipes – sewage spills, flooding from overwhelmed stormwater systems and backlogs of maintenance projects.

The literal cost of the situation is a water bill that residents in many communities cannot afford. A study by the University of Michigan found that from 1980 to 2018, water costs have roughly doubled in the state of Michigan.

“You have these countervailing currents where there's pressure to increase rates and there's declining household incomes and higher infrastructure costs, because the costs are increasing as the infrastructure deteriorates,” said Erik Olson, a senior strategic director at the Natural Resources Defense Council who focuses on drinking water issues. 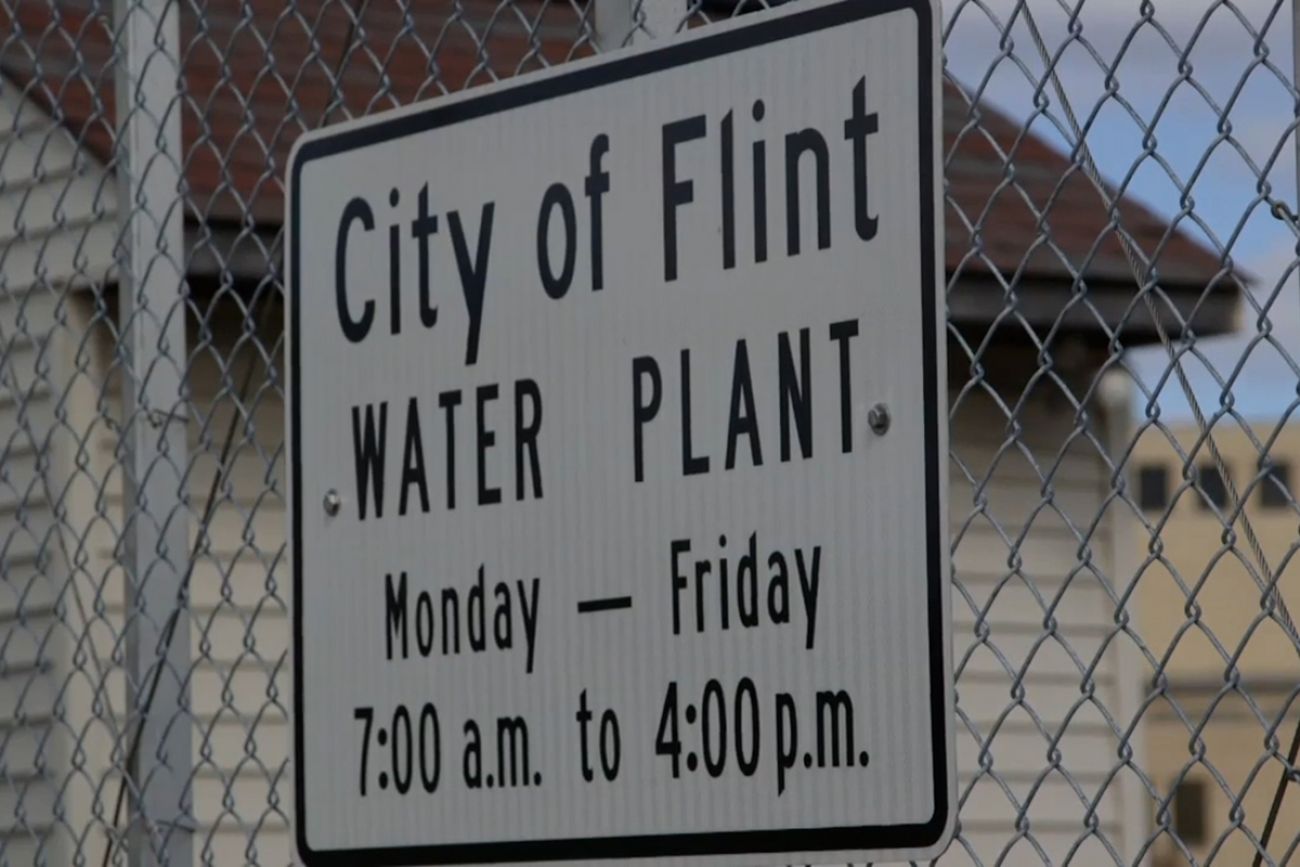 At less than half the population in 2022 than it had in the 1960s, the city of Flint struggles to pay for the upkeep of its water infrastructure. It’s a struggle that many cities around the region are facing. (Photo Credit: Great Lakes Now)

Olson points to rate restructuring being a key part of making these systems more sustainable. Rate restructuring would involve either increasing or decreasing the amount paid by consumers to account for additional needs such as climate resiliency in infrastructure, developing revenue stability, addressing affordability, and more. With the backlog of infrastructure needs that most water utilities are facing, an increase is not only likely but required.

“But that alone is not going to do it,” he said. “That's where federal and state assistance really is crucial.”

Lack of trust and funds

Years after Flint’s lead pipe problem first surfaced, most of the city’s lead pipes have been replaced.

As of July 16, 2021, 10,059 lead pipes have been replaced in Flint and the city’s website says it is in the final stage of replacement. The NRDC announced in April that the Flint city council agreed to set a September 2022 deadline to finish identifying and replacing its remaining residential lead pipes, an extension from its previous deadline of November 2020.

“While it is frustrating that it has taken so long to get the lead and galvanized steel service lines out of the ground in Flint, it is important that we make sure everything is done properly, safely, and that no home is left behind,” said Melissa Mays, local activity and operations manager of Flint Rising, a coalition of community organizations and allies. “Removing lead service lines is a crucial step in replacing Flint's damaged infrastructure and getting us one step closer to a recovery.”.

Since at least 2018, Benton Harbor has been dealing with a similar situation with elevated lead levels in the drinking water. Michigan Gov. Gretchen Whitmer has promised that Benton Harbor’s lead pipes will be replaced by 2023, and $63.6 million in state money has been secured by the state for the lead service line replacement and water infrastructure projects, according to Scott Dean, strategic communications advisor for the Michigan Department of Environment, Great Lakes, and Energy. 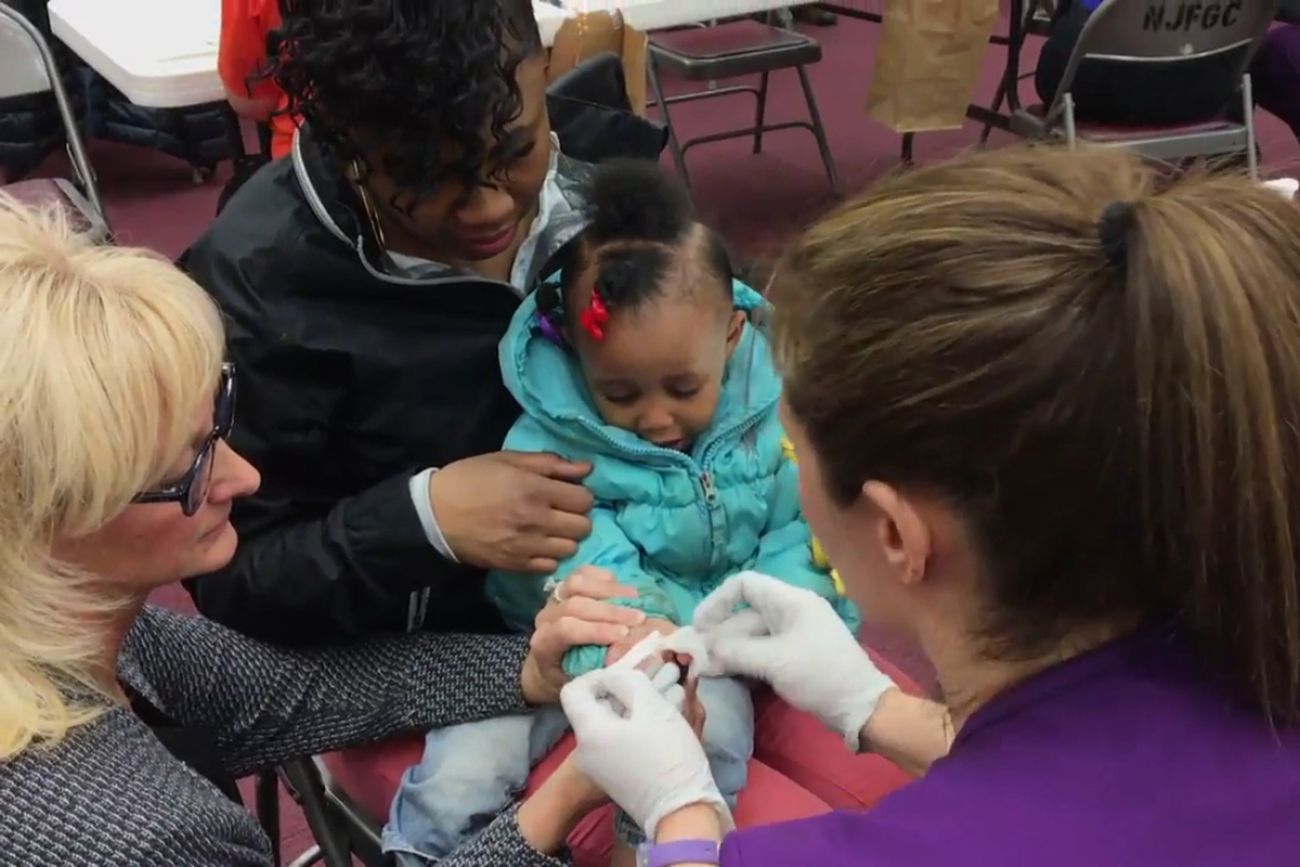 A child in Flint is tested for elevated lead levels in her blood. (Photo Credit: Great Lakes Now)

But even if Flint and Benton Harbor have gotten the bulk of media attention, elsewhere around the Great Lakes region lead pipes are corroding away. Illinois has the most lead water service pipes in the country. Of the 10 states with the most lead service lines in the U.S., seven of them are Great Lakes states – Illinois, Ohio, Michigan, New York, Wisconsin, Indiana, Minnesota – according to a survey from the NRDC.

The need for government intervention to fund needed water infrastructure is a surfacing pattern that’s happening on a national scale, as the Biden administration’s Infrastructure Investment and Jobs Act – passed in November – directs $50 billion in funding toward drinking water and lead pipe replacement programs. The law mandates that 49% of those funds must be provided as grants and forgivable loans to disadvantaged communities.

These are efforts lauded by many, but residents of communities that have been burned before by the government are wary.

“That’s what’s needed,” Flint activist Arthur Woodson said. “But are the community, the leadership going to do us right for the water, for the infrastructure, especially if you have incompetent leadership in place? You can throw money at any problem, but if you don’t have the right people in place, the knowhow and will to do it, it doesn’t make any difference.”

And regaining the trust of communities would be easy, Woodson said, if the community was allowed to be part of the recovery in incidents like the Flint water crisis. Recovery needs to be community-driven. 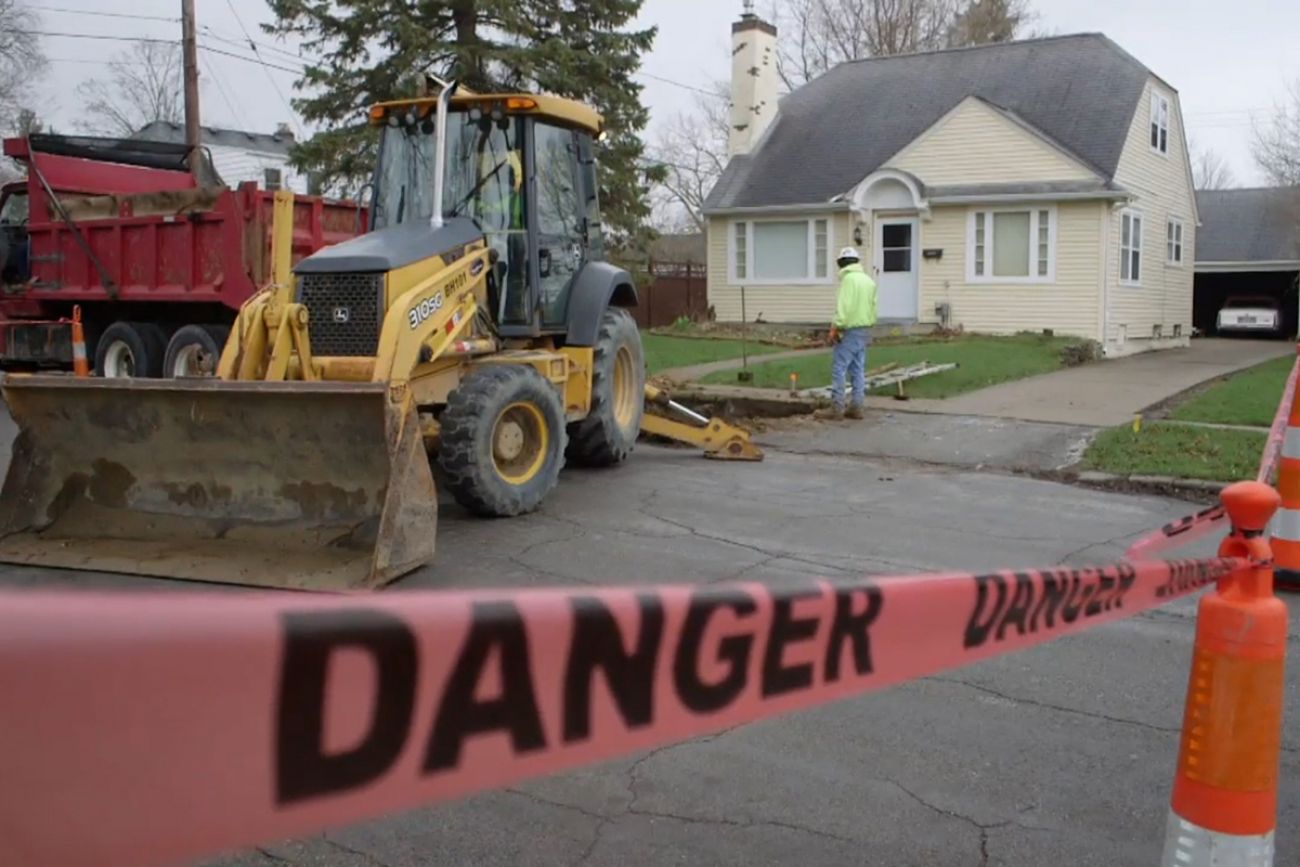 Just over 10,000 lead pipes have been replaced in Flint. The city has a September 2022 deadline to finish identifying and replacing its remaining lead service lines. (Photo Credit: Great Lakes Now)

But even once Flint water is safe, there will be some residents who will never trust or drink Flint water again, Dr. Mona Hanna-Attisha, the pediatrician whose research exposed the Flint water crisis, said in a previous interview.

That distrust has spread far beyond the city of Flint itself. The Associated Press reported in January that “20% of adults nationally say they don’t drink tap water — filtered or not — up from 14% before the Flint crisis, according to a study of federal survey data.” The difference is even higher among Black adults, 35% of whom avoid tap water, an increase from 25% before Flint.

And even aside from the lack of confidence, the funding directed to communities simply isn’t enough.

The $50 billion from the Infrastructure Investment and Jobs Act doesn’t come close to closing that gap, and cities that already cannot afford to keep up with regular operating costs will not be able to scrape up the funds to fix all their water infrastructure needs.

Climate change will only make that number grow over the years. The increasing frequency of extreme storms means that water systems have to be able to absorb and process more frequent deluges. The warming climate will worsen summer algal blooms – adding to the burden of water intake systems that have to be careful of toxins from the blooms.

Rate restructuring, consolidation and government assistance programs could all be potential solutions, especially in combination, but transparency in all of that is key, Olson said.

“Too often the operation of the water system is being done in the dark without any real public sunshine about how the system has been operated and what's going on with it, what contaminants are in there, how it's treated, where the water is coming from, and how decisions are being made about all that,” he added.

Woodson also emphasized the need for solutions to involve the community and be community-driven.

“I see them downsizing our community, moving people from certain areas of our community,” he said. “I see brand-new apartments coming up, and a lot of (demolitions) and everything on the east side of Flint and the north side of Flint, and it’s happening in all the communities, not just Flint, the people of color communities, downsizing in those areas so they can shut those valves down, by moving people out of those areas.” 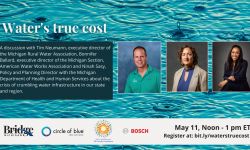