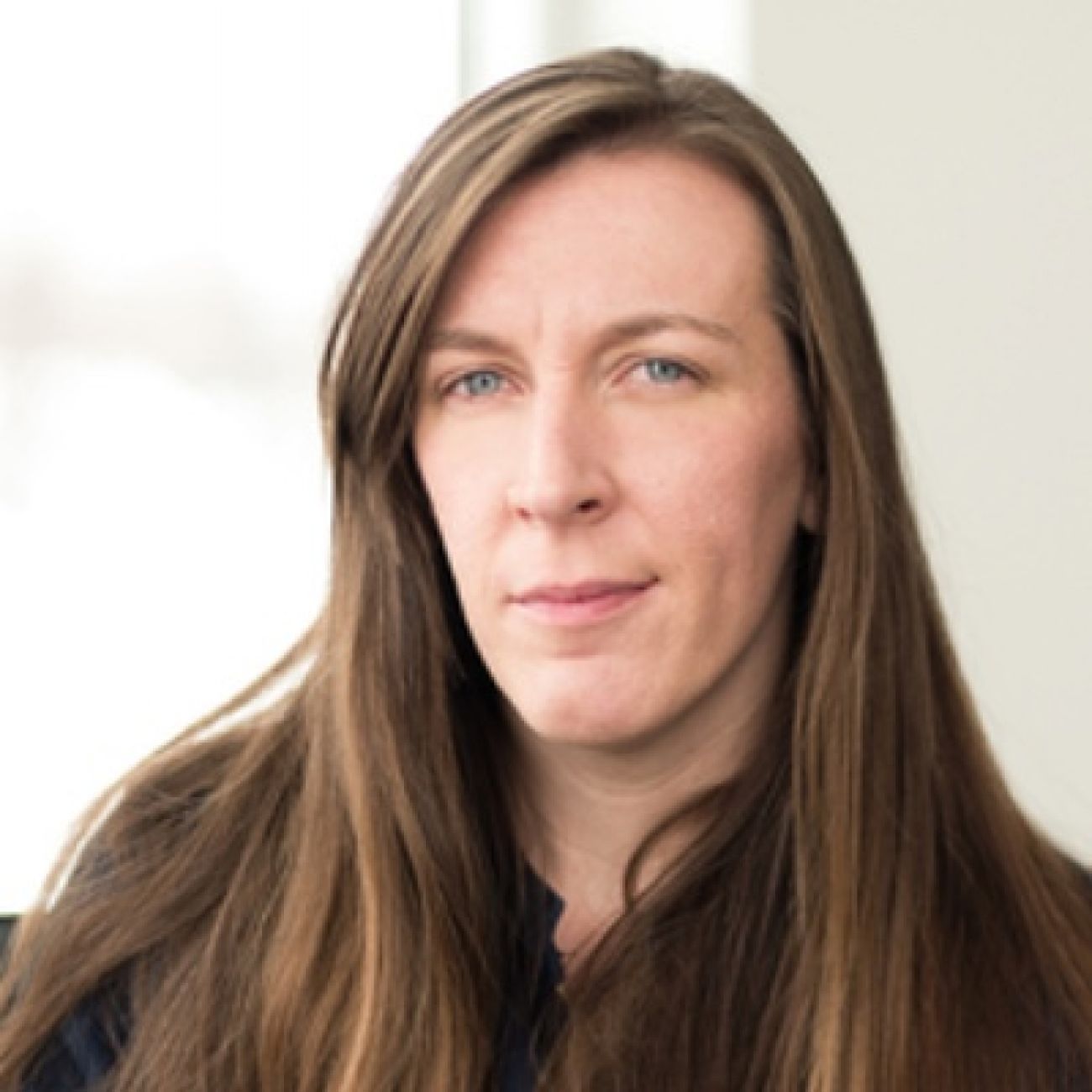 Why do Yoopers pay such high electricity prices?

Elise Matz has frequently heard that question since moving to Michigan’s Upper Peninsula in 2008 to work in Democratic politics — first for then-state Rep. Scott Dianda, and later for U.S. Sen. Gary Peters.

Sprawled across 10 counties, the investor-owned utility, known as UPPCO, is the peninsula’s biggest electricity provider and charges some of the highest highest rates in the continental United States.

“There is widespread discontent with UPPCO in the U.P.,” Matz told Bridge Magazine.

But the utility’s high residential rates stand out. On Aug. 1, residential rates ranged from 20 to 25-cents per kilowatt-hour, nearly 40 percent higher than the average for Michigan’s investor-owned utilities, state figures show.

Brett French, an UPPCO spokesman, told Bridge the company is working to lower rates for residents, and he pointed out that it offers relatively low industrial sector rates.

“Since 2014, UPPCO has made significant investments in the modernization of its infrastructure and operational systems resulting in increased reliability and better customer service,” French said.

UPPCO has repeatedly asked the Michigan Public Service Commission for permission to recoup more costs from ratepayers. Last year, it sought a $10 million increase across its service territory. In May, after Attorney General Dana Nessel intervened, the Public Service Commission announced a settlement allowing for a $1.8 million increase. (The commission said rates would fall for about 40,000 customers but increase for 3,300 others.)

Since wrapping up her work with Peters’ campaign in 2018, Matz has been investigating UPPCO’s challenges, self-publishing a series of articles and creating a forum about the peninsula’s energy perils called Spark U.P. In her writing, she’s asked questions about the finances of UPPCO’s owners: London-based private equity firm Basalt Infrastructure Partners, which purchased the utility in 2014 and set up a holding company.

In an interview with Bridge Magazine, Matz discussed what she learned, including the role UPPCO’s sprawling service territory and its mining history may play in its service today.

Bridge: Before we dive into all things UPPCO, you now sit on the five-member Consumer Participation Board, which grants funding to nonprofits that represent residential ratepayers in Michigan Public Service Commission cases — when utilities might ask for rate hikes. Why is the board important?
Matz: In most cases, residential consumers won’t have the time or the resources to intervene in cases before the Michigan Public Service Commission. If you’re a really large corporation that is consuming a large amount of energy, it behooves you to hire an attorney to get involved. But as an individual residential ratepayer, you’re unlikely to do that. This board was set up to provide grants to groups that would intervene on your behalf.

Bridge: Though UPPCO has changed ownership over the years, it has long struggled to deliver power cheaply. You mentioned the U.P.’s mining history may play a role. How so?
Matz: UPPCO is surrounded by nonprofit, rural electric cooperatives that serve much of the rest of the U.P. The question is: Why is a sparsely populated portion of the U.P. served by an investor-owned for-profit utility rather than a nonprofit? The U.P. was the site of the first U.S. mining boom, from about 1850 through 1913. This created an early profit motive to electrify some communities. To put this in perspective, the Keweenaw Peninsula’s first electric utility arrived in the 1880s, about five years after Edison invented the light bulb. In parts of the U.P. without mining, electricity didn’t arrive until the 1930s. UPPCO formed in 1947 when for-profit utilities in mining country merged. That utility would later absorb others, creating the sprawling territory we see today.

Bridge: That sounds quite different than how other for-profit power companies formed.
Matz: UPPCO is a historic anomaly. Elsewhere, investor-owned utilities started in big city centers and spread outward. That’s how we got DTE in Detroit. But the Keweenaw Peninsula had an early population boom, so we developed a for-profit utility in the middle of nowhere.

Bridge: That leaves UPPCO to serve these spread-out customers, meaning the utility will occasionally need to hike rates to keep its system intact. Shouldn’t these problems of scale exist across the rural U.P. — for nonprofits and for-profits alike?
Matz: In some cases yes, but in some cases no. Two rural electric cooperatives in the U.P. — Ontonagon County REA and Alger Delta — charge higher rates than the MIchigan average. Cloverland Electric Cooperative, in the eastern U.P., is a larger, robust cooperative. Although they have roughly the same population density as UPPCO, their rates are significantly lower [12 to 15-cents per kilowatt hour, according to state data, compared to UPPCO’s more than 20 cents.]

Bridge: Are you saying electric cooperatives are a better fit for the U.P. than for-profits?
Matz: Being in a cooperative gives customers more oversight and ability to plan for the future. It gives you the option to try different things — with management that's more responsible to customers’ needs and local economic development.

Bridge: Is that mainly because electric cooperatives allow members to vote on decisions?
Matz: Absolutely. A cooperative is member-owned and members get to elect a representative board. If you have a problem, you can talk to the person who represents you on the board. You can go to meetings and watch them vote on rates or other things. In the case of UPPCO, questions are being decided in a more complex, hard-to-follow process at the Michigan Public Service Commission.

Bridge: Flash forward to 2014 when Basalt bought UPPCO from Wisconsin-based Integrys Energy Group. You report that rate hike requests have since increased, and you question whether Basalt’s structure as a private equity firm has something to do with that. Give us some detail.
Matz: Experts I spoke to said private-equity firms set out to make sure that their investors were getting as much return on their investment as consistently as possible. That was somewhat of a departure from the way UPPCO was run in the past. And such firms also arrange deals with investors — often without disclosing details to the public.

Bridge: What information are UPPCO customers no longer getting that they would have in the past?
Matz: We have little idea what’s happening with the finances of UPPCO’s holding company. Basalt Infrastructure Partners, the private-equity firm that owns UPPCO, created a holding company — UPPCO Holding Co. Publicly traded companies, like Consumers Energy or DTE, they are required to disclose financial information to the U.S. Securities and Exchange Commission each quarter — to make sure certified accounts look over their books. But for UPPCO, that information is largely a mystery. The utility itself is required to file information with the federal government , but the holding company is not required to provide as much financial information. One analyst I interviewed pieced together data UPPCO filed across agencies to discover the holding company was deeply in debt. The Public Service Commission publicly confirmed the holding company’s $200 million debt. I asked UPPCO about their finances, and they declined to specifically answer, other than saying they were well-capitalized.

Bridge: Why does this matter to an average electricity ratepayer? To make sure UPPCO can continue to pay its bills without constantly asking for more hikes?
Matz: Right. What is UPPCO’s agreement with investors? How much money are they expecting to make? We don’t really know. Often times a private-equity firm will buy a company, they’ll hang onto it for a few years — try to make it profitable — and then they’ll unload it. Basalt previously owned the Detroit Renewable Energy, which operated the city’s controversial incinerator. Basalt made that purchase in 2017. In March, they suddenly decided to shut it down. The people who worked there were blindsided. Even if that was a good thing — from an environmental and health standpoint — nobody on the ground in the company saw it coming.

Bridge: Does UPPCO and its owners look likely to acquire any other companies or utilities that might affect Yoopers?
Matz: In the past, UPPCO has signaled interested in some of the U.P.’s other nonprofit utilities. That would be consistent with what private-equity firms tend to do. But UPPCO recently disclosed Moody’s downgraded the credit rating of UPPCO’s parent company to “Ba1,” which is judged to have risky or speculative elements. So I don’t know if they’re serious about acquiring other utilities, because the downgrade would likely make their borrowing costs higher.

Bridge: But if UPPCO did move to absorb more nonprofit utilities, would you hope consumer advocates would be prepared to scrutinize the deal at the Michigan Public Service Commission?
Matz: That was one reason compelling me to dig into this issue. I don’t think it was widely understood. This needs to be part of the public conversation in a way it hasn’t been.

Bridge: Meantime, you described Attorney General Dana Nessel, still in her first year of office, as more aggressive in scrutinizing rate hike requests from UPPCO and other utilities.
Matz: The fact that UPPCO asked for $10 million and settled for just $1.8 million — that’s extraordinary. Usually a utility might ask the Public Service Commission for a big rate hike and settle for about half of the request. With leadership from the Attorney General and Governor Whitmer — as well as new members of the Public Service Commission — perhaps the state will more closely scrutinize UPPCO in the short-term. But I don’t think that solves the long term issue — that UPPCO will continue to be unprofitable and its owners will continue to try to make it profitable.

French, the UPPCO spokesman, told Bridge UPPCO “has made great strides toward reducing the rates it charges residential customers.”

Rather than focus on the utility’s sky-high per-kilowatt-hour rates, French pointed to federal data showing customers’ monthly bills. In 2017, UPPCO residents paid about $89 per month — less than Consumers Energy, DTE and eight municipal utilities or rural cooperates, according to the U.S. Energy Information Agency. (This is largely because UPPCO residents tend to use significantly less power than others.)

French also said UPPCO’s “financial and operational details are far more transparent than other types of utilities or for-profit enterprise,” because the Public Service Commission sets and approves the utility’s rates.