Map of White Lake. The parcels represent homes in Montague and Whitehall

A $34.9 million cleanup of heavily contaminated Muskegon Lake and White Lake in West Michigan is estimated to have recovered $16.4 million in lost housing value for nearby homeowners, according to a recent study.

The author of the study, George Gardner, concluded that cleanups of toxic hotspots are not only beneficial for public health and wildlife, but also for the overall economy.

For his analysis, Gardner collected data from 1,283 housing sales in White Lake and 6,331 from Muskegon Lake from 2000 and 2020. The single family homes were within about 1.9 miles of Muskegon Lake and 0.6 miles of White Lake.

All sales prices were converted to the value in 2020 using Bureau of Labor Statistics Consumer Price Index for All Urban Consumers.

Until 2014, White Lake was listed as a Great Lakes Area of Concern by the Environmental Protection Agency (EPA) and Canada — making it one of nine heavily contaminated bodies of water removed from the list so far.

In total, the U.S.-Canada Great Lakes Water Quality Agreement designated 43 bodies of water in the Great Lakes Basin as “Areas of Concern.” An AOC is a place that has experienced severe environmental degradation as a result of human actions, impairing how it can be used, according to the EPA.

Gardner, an economic analyst at ICF Consulting in Cambridge, Massachusetts, and a former postdoctoral fellow at the EPA, found that following White Lake’s cleanup the loss in home values dropped from 12.4 percent to 4.5 percent, reflecting a 64 percent recovery of housing values.

According to Houtteman, a prosperous housing community developed where the tannery factory had operated, making it the most dense new housing development on the lake since the environmental rehabilitation.

In addition to more housing developments, Houtteman said there has been more confidence in the local commercial fishing industry.

“The tannery was open through the mid ‘90s,” Houtteman said. “It was pretty well-known that their practices had improved, but there’s still a lot of residual contamination that folks were mindful of.

“When we became delisted,” meaning removed from the list of AOCs, “I think that gave more confidence that White Lake-caught fish were similarly as healthy as Lake Michigan-caught fish.”

Muskegon Lake, which is almost twice the size of White Lake, is still contaminated with industrial waste, including spilled oil, heavy metals and sawmill debris. Despite its label as an AOC, Muskegon Lake still is used for recreation, including boating and fishing. 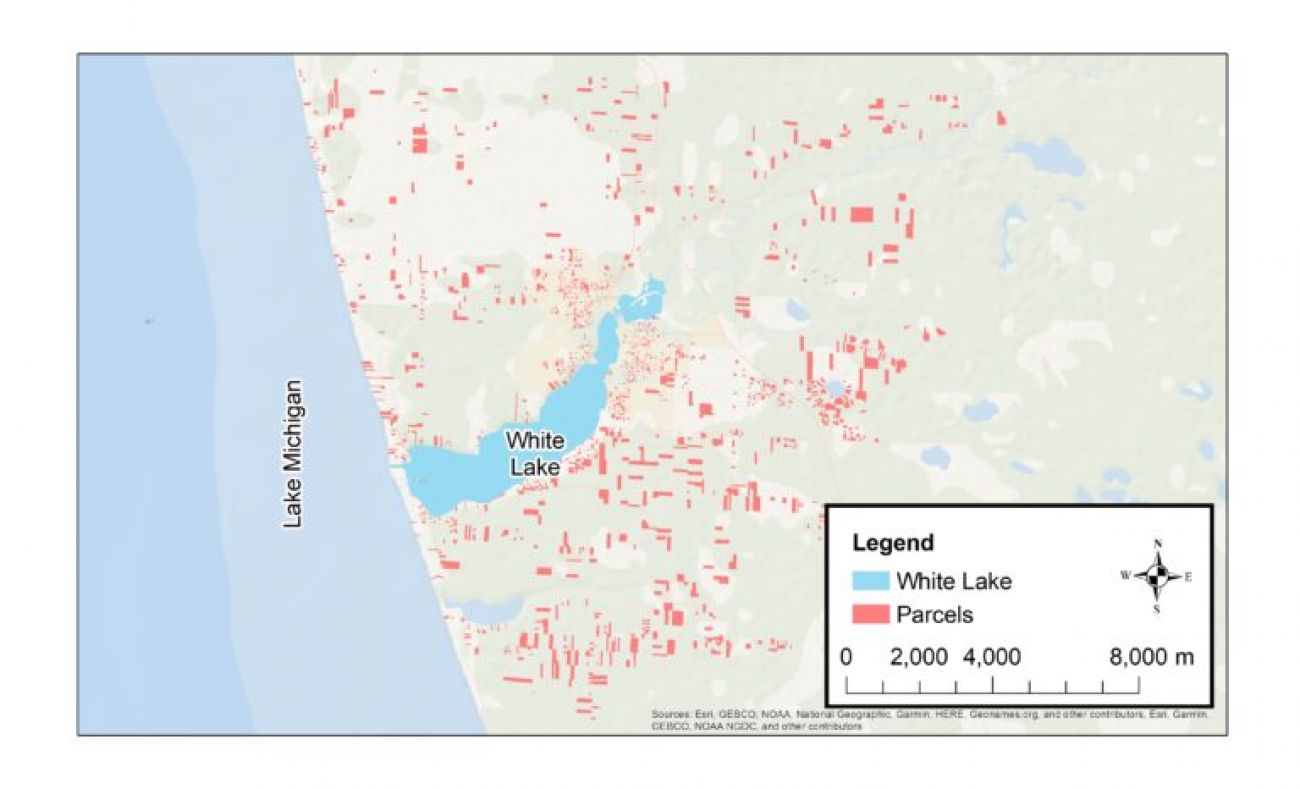 Map of Muskegon Lake. The parcels represent homes in Muskegon and Muskegon Heights

Houses within 2 miles of Muskegon Lake had lost 10.3 percent of their value because of environmental degradation.

However, with the cleanup, residential properties recouped 7 percent of their lost value.

In May, the EPA completed $70 million of decades-long restoration work in Muskegon Lake, which included the 2017 and 2018 projects.

Following completion of the 2018 projects on Muskegon Lake, Gardner calculated that houses which were sold avoided $11.2 million in lost value.

The expectation is to see Muskegon Lake removed from the Area of Concern list soon, Carrie Selberg Robinson, the director of habitat conservation at the National Oceanic and Atmospheric Administration, said in a press release.

According to Muskegon Mayor Ken Johnson, restoring the lake’s ecosystem will lead to ripple effects throughout the community.

“The city of Muskegon is incredibly grateful for the tremendous contributions and collaborative pursuits of so many individuals, organizations, and agencies at the local, state and federal levels toward watershed cleanup and restoration,” Johnson said in a press release.

“Muskegon Lake is critically important to the well-being of our community, and the city is committed to being a good steward of this precious natural resource,” he said.

Since the establishment of the Great Lakes Water Quality Agreement, $22.78 billion has been spent to clean up AOCs in the two countries.

The Ashtabula River in Ohio became the most recently delisted AOC in August 2021. 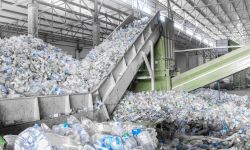