1.2 million Michiganders at risk of not being counted in 2020 Census

“The Census is bipartisan. We all have a role to play to ensure the people of Michigan have what’s ours,” said Lt. Gov. Garlin Gilchrist, speaking at a campaign launch event in Lansing. (Bridge photo by Riley Beggin)

Many of Michigan’s largest counties are also those most likely to be undercounted in the 2020 Census, officials said Wednesday.

Wayne, Oakland, Macomb, Kent, Genesee, Washtenaw, Ingham, Kalamazoo, Ottawa and Saginaw collectively are home to about two-thirds of Michigan’s population, including 1.2 million the U.S. Census Bureau considers “hard to count” — for example, those who live in housing complexes, distrust the government or lack internet access.

State lawmakers are investing $16 million to connect with hard-to-reach populations, including radio, TV and digital advertising, nonprofit outreach, research and more in what they’re calling an “unprecedented” campaign with a goal of increasing participation to 82 percent from 72 percent in 2010.

The campaign is intended to fill a gap in federal resources: The U.S. Census Bureau has decreased the number of workers in each state on the assumption that more people will choose to fill out the form online. The same level of funding that covered counting in Michigan and two other states in 2010 will now be spread to cover eight states, Lt. Gov. Garlin Gilchrist told reporters after a press event Wednesday.

The count will begin in mid-March. Residents can expect to get a paper form in the mail or a postcard with a link to a place to fill out online. This tends to be the most accurate count, said Michigan Census Director Kerry Ebersole Singh. From May through July, Census workers will go door to door to try to count those who were missed in the self-reporting sweep.

There is a lot of “lack of trust” in the federal government and the Trump administration, in particular among Muslim and Latino communities in Michigan, Gilchrist said. That’s why it’s important to assure members of those communities that “it’s something that’s safe to fill out.”

“We want to be clear, transparent and accountable about what this is going to look like, and we think that will help allay some of those concerns,” Gilchrist said.

There’s a lot of money riding on the count. It determines the level of federal funding states, cities and townships receive for the next 10 years and impacts the number of seats a state has in the U.S. House of Representatives. Michigan is already expected to lose a congressional seat after 2020 due to declining population growth.

Senate Minority Leader Jim Ananich, D-Flint, said that for every person not counted, an estimated $3,000 of federal funds per person per year may be lost.

“These are tax dollars that Michiganders are already paying to the U.S. government,” added Sen. Jim Stamas, R-Midland. “We want those tax dollars coming back to our communities.”

Michigan received about $30 billion in federal funding in 2016, said Rep. Julie Calley, R-Portland. That included $1.1 billion for highway planning and construction, $16 billion for health programs, $5 billion for education and $1.5 billion for housing assistance.

Black Michiganders are among the least likely to respond to the Census, said Rep. Tyrone Carter, D-Detroit.

“If just 3 percent of Detroiters don’t get counted, that’s approximately 20,000 people. Detroit could lose nearly $1 billion over the next 10 years.”

“Many feel that the government doesn’t benefit them or work for them,” Carter added. “Our challenge is convincing these folks that failing to complete the census is not an option because it harms our neighborhoods and hurts our people.”

In addition to targeting advertising toward undercounted communities, the Census will partner with nonprofits with ties to those communities to encourage participation.

The state plans to hold town halls throughout Michigan to answer questions. The first two town halls are March 2 in Detroit and March 3 in Clinton Township.

See whether your neighborhood is in the most hard-to-reach, undercounted areas in Michigan below. 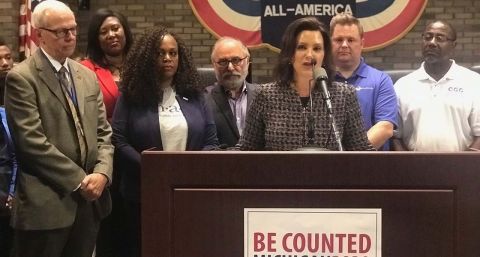 Gretchen Whitmer on Census: Get counted or lose money, clout for Michigan 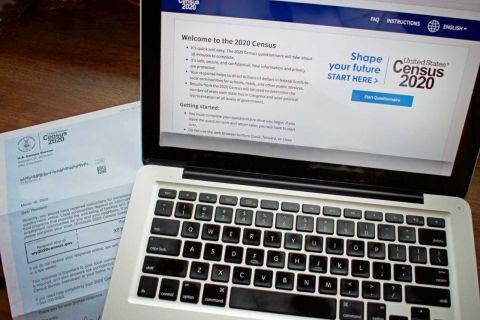 Detroit had marshaled huge resources to boost census participation. Then came COVID-19. Now, as cases decline, the city is trying to play catchup because millions of dollars are at stake from an accurate count.

The articles states Trump has created a lot of mistrust for Muslims and Hispanics. I believe this to be true if you are here illegally and/or relying on tax payer paid for assistance- as it should be!

So you support illegal entry into the Un-ited States, and government support thereof. This make me see red!

I think it is criminal that the count of illegals and non-residents is used to proportion the House of Representatives. This is gerrymandering on steroids.

IMHO, those not counted were not counted by their choice. They want to be invisible to the government. So let them live in invisible houses and use invisible money. Invisible brains? Whom do they hurt?

IMHO, those not counted were not counted by their choice. They want to be invisible to the government. So let them live in invisible houses and use invisible money. Invisible brains? Whom do they hurt?

It is valuable to publish this essay. The federal government distrbutes about $1.5 trillion every year on the basis of data gathered in Census Bureau surveys. The sampling frame for those surveys is based on the decennial census. Undercount in the census is likely to lead to undercount in those major Census Bureau survey and that will be that Michigan may miss out on federal dollars that Congress intended to allocate to the state. Let's hope the promotional activities lead to an accurate census this April.

Continued from prior comment, a famous democrat, once said, “We have nothing to fear, but fear itself.” Franklin Delano Roosevelt.