After a summer of protest, will Michigan’s young voters show up in November?

Michigan Government
After a summer of protest, will Michigan’s young voters show up in November?

In 2016, Miquel Pladevall-Guyer was eligible to vote for the first time in a presidential election. But he didn’t, because he felt Democratic nominee Hillary Clinton was too conservative and would win without his support.

“I learned that perception is not reality,” said Pladevall-Guyer, 23, of Ann Arbor. “I definitely feel significant guilt about that.”

Pladevall-Guyer is one of many young voters who sat out the 2016 general election in Michigan. Statewide, 37.8 percent of those ages 18 to 24 voted in Michigan that year, 5 points below the national average and more than 6 points lower than that age group in Michigan in 2012, according to the U.S. Census Bureau.

But organizers in both major political parties say the landscape may be changing. Not only have reforms made it easier to vote remotely, but youth have taken to the streets in huge numbers to protest racial injustice and police brutality since the killing of George Floyd in May.

“I’m seeing so much more enthusiasm,” said Lavora Barnes, chair of the Michigan Democratic Party. “Young people understand that the stakes are high this time, and I think they’re fired up to start the process of getting better electoral results.”

As a result, campaigns are allocating virtual organizers to college campuses, implementing digital strategies during the pandemic and hammering home registration and voting information.

That’s because young voters could sway the election, with 18- to 29-year-olds comprising 21 percent of the state’s population, a bloc similar in size to those 65 and older, Census data show.

“If we got even half of those students to vote, that would make a huge difference,” said Mary Gibbons, president of the Michigan State University College Democrats. “Young people are a huge demographic in Michigan. Our voices matter.”

Young voters are historically among the hardest to cajole to the polls. Voter registration laws pose a significant barrier for young people who change addresses frequently and may lack access to comprehensive voting information. Disillusionment with partisan politics may play a role in their withdrawal; young people are more likely than older Americans to not identify with either political party, according to a recent survey.

But that could be changing. In 2018, young voter participation in Michigan increased from 18 percent in 2014 to 33 percent in 2018, according to the U.S. Census Bureau.

“While it’s true that [young people] still lagged the voting rates of older voters in 2018, they closed the gap some, and I expect that they’re going to close the gap even more this time,” said Edie Goldenberg, a professor of political science at the University of Michigan.

Michigan’s 2018 Proposal 3, which included voting reforms such as same-day voting registration and no-excuse absentee voting, will likely make it easier for them.

A gloomy cloud of COVID

The COVID-19 pandemic, though, is complicating traditional organizing. Many students haven’t returned to campuses and some schools, including Michigan State University, have had to implement large-scale quarantines due to outbreaks.

Ryan Fisher, chair of the College Republicans at the University of Michigan, said the COVID-19 health crisis has cast a gloomy cloud. Meeting attendance for his group is down by 40 percent from last year, and his group is faring better than many student organizations.

“That same sort of wide-eyed excitement that maybe was there in 2016, I don’t know if it’s there now because people have been trapped indoors for months,” he said.

The Democratic Party had planned to reach young people through digital strategies even before the pandemic, said Barnes, the party chair. Most Democratic university organizations are sticking to digital tactics, such as texts, social media and phone banking campaigns and virtual events to encourage peers to register to vote.

“An important part of outreach and communications for these elections is getting to people where they are, which in many cases, particularly with our young folks, is on their phones,” she said.

Some college Republicans in Michigan meanwhile, have resumed in-person canvassing, following the lead of the state party.

Grand Rapids resident Abby Oliver, 26, the chair of the Michigan Young Republicans, said she knocks on doors masked, from a distance, three to four times a week. 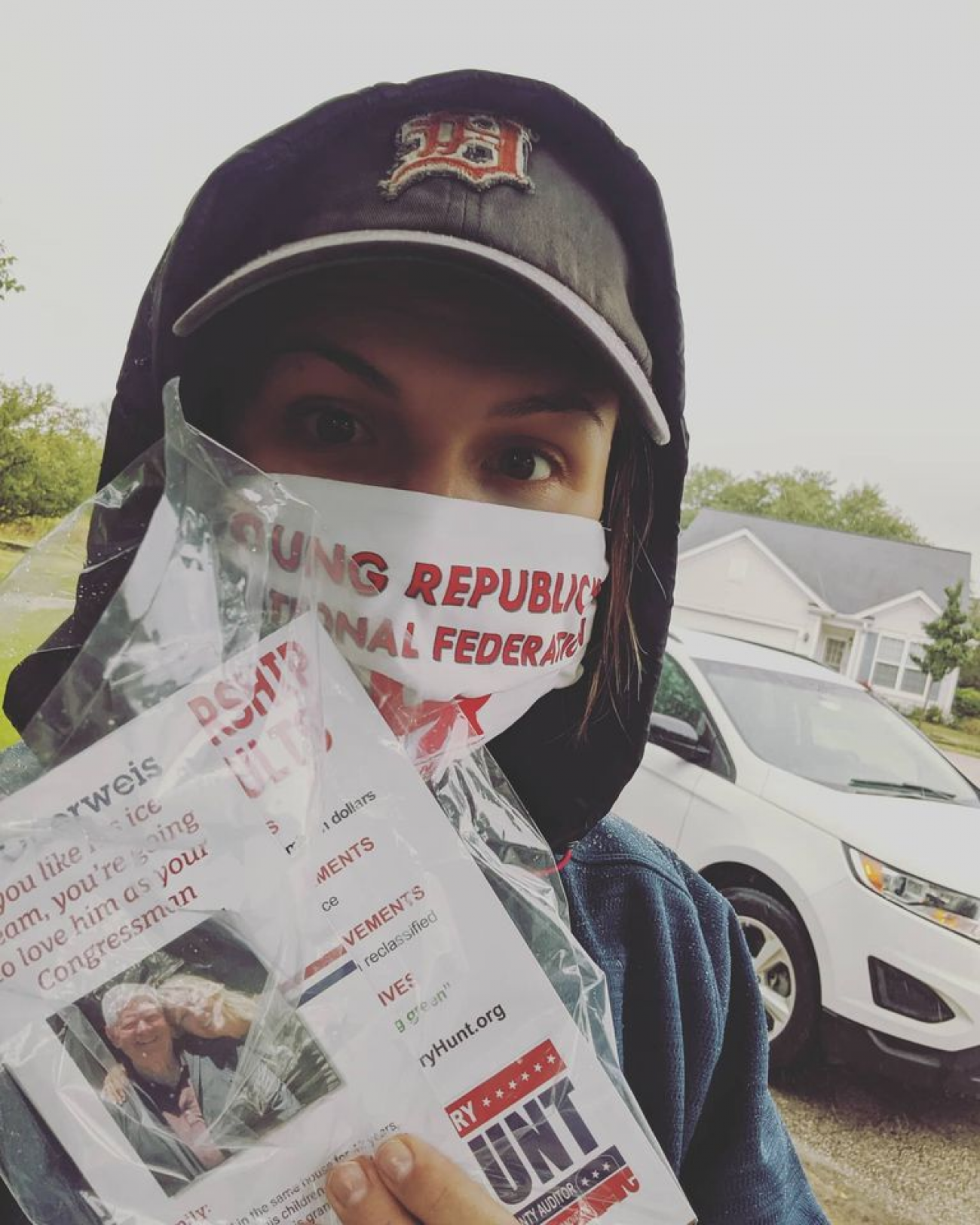 She and others say President Trump has already energized the base.

“He shakes things up,” said Lindsay Kronemeyer, a 29-year-old from Dorr Township and chair of the Kent County Young Republicans.  “He’s unexpected, and I think that’s re-energized that younger pocket of the Republican Party.”

Oliver said Trump’s record on the economy in particular will benefit millennials.

“He’s going to provide that financial security and that economy that’s going to help younger voters thrive in their future,” she said.

Settling for Biden, aiming for Trump

Enthusiasm for the Biden may not be as strong for young Democrats. In the March primaries, 76 percent of 18- to 24-year-olds voted for Bernie Sanders, according to CNN.

This article is part of an ongoing series that explores voter attitudes on issues before the Nov. 3 election.

But progressives say their disapproval of Trump more than compensates for their lack of passion for Biden. Trump’s management of the coronavirus pandemic, statements about police protests and immigrants leave them no choice, said Pladevall-Guyer, the Ann Arbor resident who skipped voting in 2016.

“I’m voting for Biden because of basic safety and because there are a lot of people who are much more affected than I am by Trump being in office,” he said.

Amari Hampton, a freshman at Wayne State University, said he is voting for the sole purpose of removing a president he views as racist from office, though he doesn’t find either option inspiring. 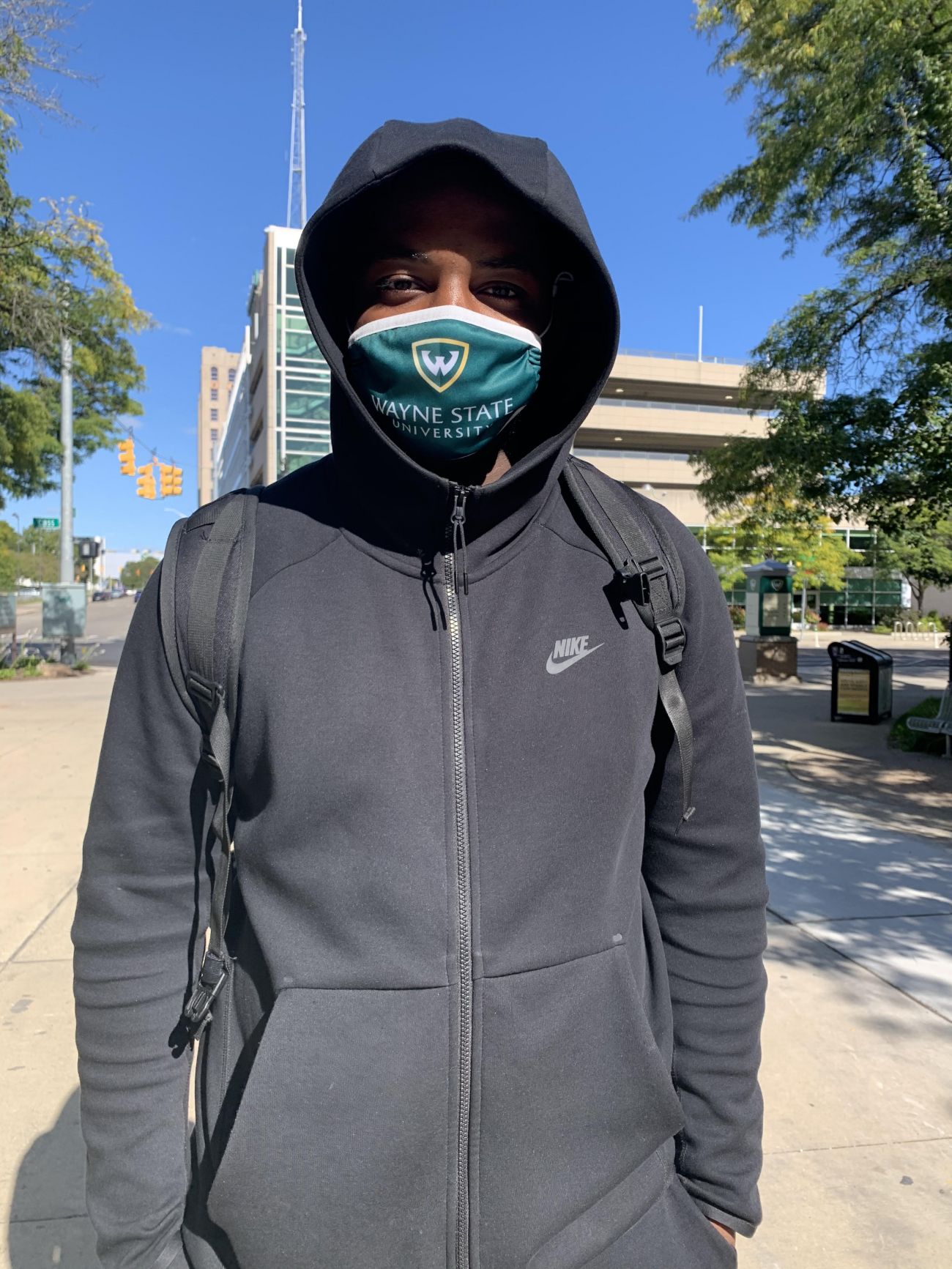 Some young people expressed frustration with having to choose between two older white male candidates. But ultimately, Kareem Rifai doesn’t think this will be an impediment to youth, including young people of color, voting for Biden. In fact, a recent survey from Tufts University’s Center for Information and Research on Civic Learning and Engagement shows that Biden’s support is highest among Asian and Black youth.

“I’m Syrian-American, Arab and Muslim, and I really have no qualms with electing another white Christian guy,” said Rifai, a co-founder of Students for Biden at the University of Michigan. “It really doesn’t make a difference to me because I support his policies.”

One particular concern among Democrats is reaching voters of color. Of the 4.8 million voters in Michigan in 2016, 113,825 of those were Black people between 18 and 35, said

Lateshia Parker, the press secretary for the Michigan Chapter of NextGen America, a nonprofit focused on mobilizing progressive young voters.

The group is spending $1 million in ads to target young African-American voters in Michigan this year, Parker said.

“We have to make sure that we meet people where they are,” she said. 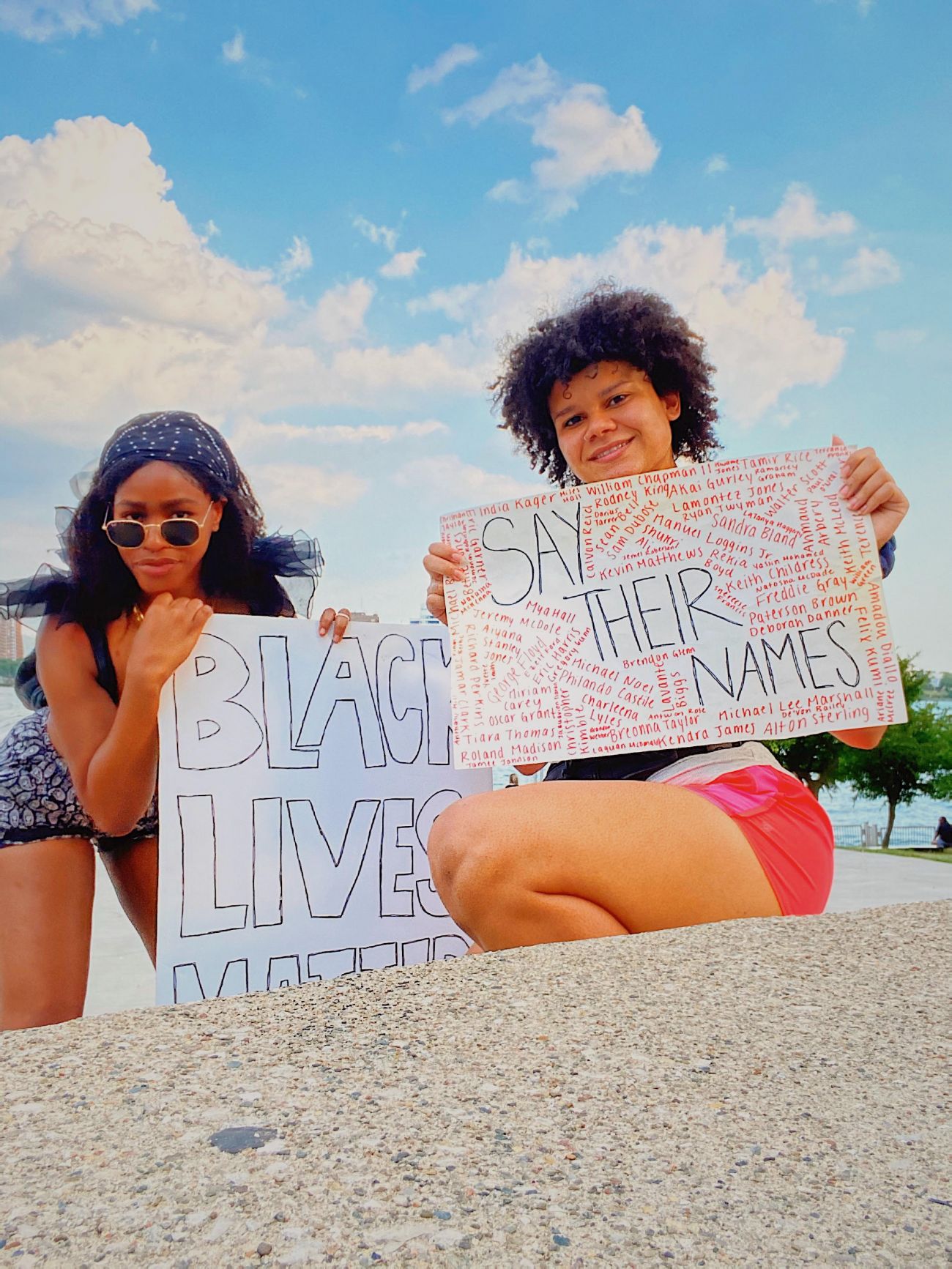 Increasingly, that is protests.

Oby Ugwuegbu, 23, of Ann Arbor, attended the first three weeks of the demonstrations in Detroit led by the Detroit Will Breathe movement. She said the brutality protests have shown young people they don’t need to rely on older generations to organize.

Still, she said that when it comes to voting, sometimes young people believe their actions don’t matter. Ugwuegbu said she hopes more youth will realize that’s not true before the election.

“By voting, we can take control of our lives,” said Ugwuegbu, who supports Biden.

Barnes, the Democratic Party chair, said those involved in the protests understand that walking away from electoral politics this year is not an option.

Even so, numerous campaigns in the past few decades have attempted to boost participation among young voters. Most failed.

Mail-in voting should make it easier, and both the University of Michigan and Michigan State University have set up satellite offices for those still needing to register and vote at the last minute in-person.

But no matter how easy, absentee ballots still must be put in the mail or a dropbox, noted Fisher, the U-M Young Republican.

And that could be a challenge.

“I don’t know if college students have mailed anything in their entire lives,” he said.