LANSING — Michigan’s unemployment office’s hiring processes during the pandemic resulted in fraud and unauthorized access to databases, according to an audit released Friday.

The state Office of Auditor General found the Unemployment Insurance Agency failed to ensure temporary staffing companies were liable for $3.8 million in fraud their employees committed and did not conduct background checks for 5,500 part-timers brought on to handle the crush of claims during the pandemic.

Some who were hired had misdemeanors or felony convictions for crimes including armed robbery, embezzlement and identity theft — and some of those workers were still employed at the time of the audit.

The audit did not say whether any of those who had prior offenses were involved in the fraud.

Friday’s report is the latest in a string of controversies, which include the resignation of two UIA directors over their handlings of payments during the pandemic. A January audit found the agency issued $8.5 billion in improper payments.

The latest audit took place between October 2019 and the end of 2020, when the UIA’s pre-pandemic staffing increased more than fivefold to process a record 5 million claims and send $36 billion in federal payments to the jobless.

The state’s unemployment rate peaked at 26 percent in April 2020.

“As UIA worked quickly to increase the department’s capacity to address Michiganders’ needs, the execution was far from perfect,” UIA Director Julia Dale said in a Friday statement.

“The lessons learned and opportunities articulated by the audit serve as the platform to launch an improved Michigan Unemployment Insurance Agency.”

She was appointed by Democratic Gov. Gretchen Whitmer in October and is the UIA’s third director since the pandemic began.

Rep. Steven Johnson, R-Wayland, said he will preside over a joint Oversight Committee hearing about the latest audit in a couple of weeks.

“If anyone at this point in the game is surprised to hear that the unemployment agency failed at something, they have been living under a rock,” Johnson said. “We’re seeing an agency that didn’t follow the proper procedures and that continued to fail the people of Michigan.”

The audit sampled 136 contracted workers and found that 63 still had access to state databases more than a month after they stopped working for the agency.

Among other issues, the UIA did not have data sharing agreements in place with three staffing agencies and 16 Michigan Works! agencies, which help the unemployed find jobs.

The UIA temporary staffers received varying levels of training, and some did not learn how to perform such basic processes such as Social Security regulations until anywhere from 15 to 165 days after starting the job.

Many of the problems started after the Unemployment Insurance Agency stopped using a merit-based system for hiring staffers, leading to increased scrutiny from lawmakers.

State Sen. Michael MacDonald, R-Macomb Township, called on Whitmer to work with the Legislature to solve the problems.

“This alarming report is yet another example of the governor’s continued failed leadership to support Michigan workers who lost their jobs and protect the funds paid by job providers to issue critical unemployment benefits,” said MacDonald in a Friday statement.

“I am confident that the reforms we have in process agency-wide will aid in implementing the much-needed change,” Dale said. “We are an agency committed to doing right by Michiganders and will do all that we can to implement improvements going forward.” 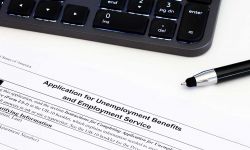 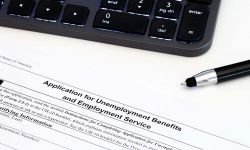