Michigan Government
Dana Nessel to MSU: ‘Do the right thing’ and cooperate more with Nassar investigation 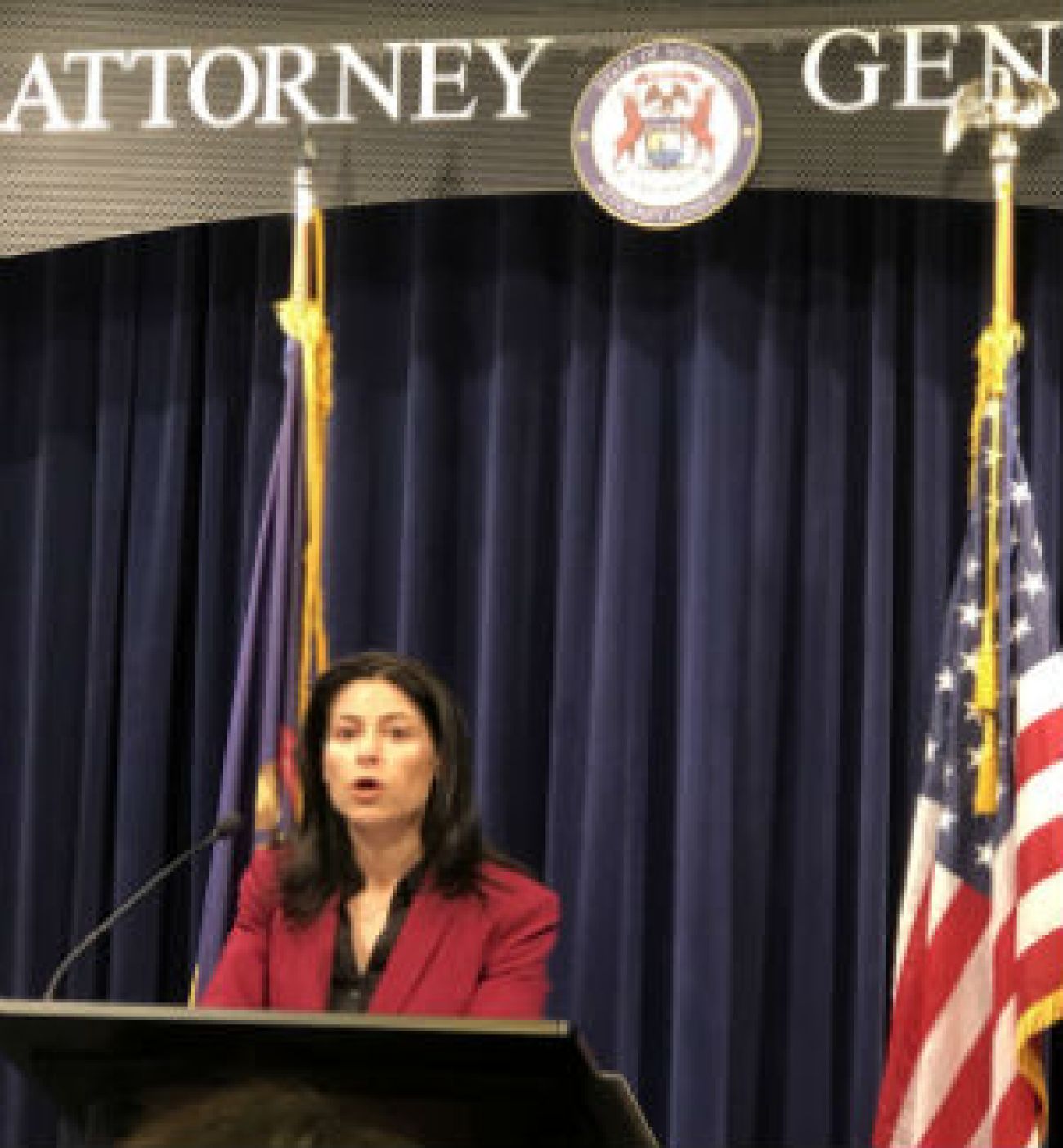 A frustrated Michigan Attorney General Dana Nessel called for Michigan State University to “do the right thing” and turn over about 6,000 documents related to the Larry Nassar investigation.

MSU has labeled some documents connected to the disgraced former university-employed doctor and Olympic physician, now serving 40-175 years in prison for sexually assaulted patients, as legally privileged and thus not required to be turned over to investigators. But Nessel said at a news conference today that the MSU Board of Trustees could waive attorney-client privilege and turn over the documents for the sake of transparency.

“I’m making a personal plea to the trustees at MSU,” Nessel said. “If you really care, if you’re really sincere about wanting complete transparency and wanting us to have a complete report so that we can make certain that nothing like this can ever happen again, let us have those documents.”

Calls to Michigan State University and to MSU Board of Trustee chair Dianne Byrum and several other board members were not immediately returned. Reached by phone, MSU Trustee Joel Ferguson declined to comment.

Nessel said her office is seeking to interview former interim MSU President John Engler as part of the ongoing investigation. When asked whether she would subpoena Engler, she said she hasn’t ruled it out but that she hopes he’ll choose to speak with her on his own.

“He stepped up to become interim president and I think that when you do that you take on the responsibility and the obligation to be open and transparent about your work with the university,” she said.

The office is investigating whether former trustee George Perles was forgiven his $200,000 debt to the university in exchange for resigning early so former Gov. Rick Snyder could appoint his replacement before leaving office, Nessel added.

Nessel also said the attorney general’s office will take over the investigation of John Geddert.

Geddert and Twistars, the Dimondale gymnastics facility he previously owned and operated, are being sued by hundreds of women who say Nassar sexually assaulted them at the facility.

Geddert coached the U.S. women’s gymnastics team to a gold medal in the 2012 Olympics.

Nessel said the decision to bring the Geddert case to the Attorney General’s office had nothing to do with frustration from victims’ families over how Eaton County Prosecutor Doug Lloyd had been handling the case. She said the Attorney General has more resources and there’s already a bond between survivors and the office that would yield more illuminating results.

“A lot of the victims just really trusted this office,” she said.

To date, more than 500 women have come forward to say they were sexually assaulted by Nassar over a period of several decades while Nassar was employed by MSU. The university reached a $500 million settlement with some of the women last year, and lawsuits brought by women who came forward after that litigation are still pending.

"Full and complete cooperation of MSU frankly continues to be a challenge,” Nessel said. “And the irony of course is that the trustees themselves are the ones that asked for the investigation and yet they have made the work of our department extraordinarily hard.”

Nessel urged the Board of Trustees to review the withheld documents themselves and determine whether there’s anything in them that “the public deserves to know.”

As a public university, the trustees have an obligation to taxpayers “to act in the best interest of the people of the state. Not MSU’s donors and not it’s brand image,” she said.