Secretary of State Jocelyn Benson has created controversy with her decision to switch branches to an appointment-only system following the pandemic.
July 1, 2021
Sergio Martínez-Beltrán
Michigan Government
Michigan Secretary of State

July 7: At Michigan SOS, walk-up service does not mean you can walk in

LANSING— Besides Republican lawmakers, who else wants the Secretary of State to bring back the walk-in options for services?

On Wednesday, they reached across the aisle to join Republican lawmakers in passing a trio of bills that would require the Secretary of State to re-open the branches to walk-in services.

The measures come in response to the decision by Secretary of State Jocelyn Benson, a Democrat, to shift her agency to an appointment-only system that critics say sometimes forced motorists to wait for weeks for service.

Rep. Darrin Camilleri, D-Brownstown Township, was one of 38 Democrats who voted for bringing back walk-ins. He told Bridge Michigan that although the appointment system works for most, he still wants those without internet access or an urgent need to be able to get same-day in-person help.

“It was just finding a balance between the two, where we didn't want to alienate people who really did need that walk-in service,” Camilleri said.

He added that he’d like more people to use the Secretary of State’s online services.

“I don't think a full walk-in system is the answer. I think that that was a failed model, it was something that was just an antiquated way of doing business,” Camilleri said. “I do think that having the appointment shift radically has moved us in the right direction.”

The measures also extend the deadlines for expired driver licenses, registrations and permits for 120 days that expired after March 31 and before Aug. 1.

The bills now return to the Senate for concurrence, and they are likely to go to Democratic Gov. Gretchen Whitmer when the Legislature comes back from its summer break in mid-July.

The shift to an appointment-only system was announced by Benson in April. She said it was part of the plan of modernizing the agency.

Benson has said that an appointment-only system helps staff cut the transaction time significantly, since they’d be prepared in advance for the needs of customers. Her decision has received significant pushback, since advanced appointments are booked for months. The branches do release hundreds of next-day appointments twice a day, but a spot is not guaranteed.

“That's a capacity issue, not a reflection of a broken system,” Benson told lawmakers in May. “The same capacity constraints that caused wait times to skyrocket in the past decade, are now what we see manifesting themselves in the demand for (office) appointments.”

Still, Benson was able to cut down transaction times to 10 minutes from 20 minutes, thus creating 350,000 additional slots for the branches.

Earlier this month, Benson also launched a greeters pilot program that places staff at the doors of the busiest branches for residents to book appointments in person. If a person arrives without an appointment and there's same-day availability, greeters are expected to help them right away.

Johnson preceded Benson as Secretary of State and told Bridge Michigan the agency “is a customer service-based operation” and that people are used to same-day service.

“I've just seen such a gross misuse of power that impacts so many people directly,” Johnson said. “(Benson) just needs to open the branches.”

On Friday, Benson released a statement saying her office worked with legislators to amend the bills and extend expirations "on a rolling basis so that they do not all come due on the same day." She said she is "disappointed" lawmakers didn't approve $20 million she requested to add staffers and mobile offices to clear a backlog in registrations cause by the pandemic — and an earlier extension of registration deadlines.

"Residents should know that as pandemic restrictions have been lifted our office capacity has increased and will continue to grow," Benson said. "This is just the beginning of our post-pandemic operations and we have a strong plan in place to provide an abundance of in-person office availability in coming months to work through the transaction backlog created by the legislature and to improve upon our model that provides the convenient, efficient and equitable service that Michiganders have sought and deserved for decades." 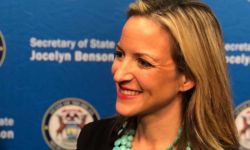 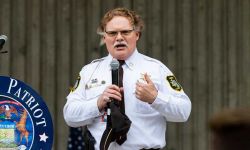 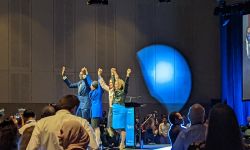