Hate the flood of political texts? Here’s what Michigan can and can’t do.

Michigan Government
Hate the flood of political texts? Here’s what Michigan can and can’t do.

Dozens of times a day this fall, Grand Rapids attorney Cody Mott would look at his phone and see another political campaign text message.

Mott is politically active, so he said he understood why he was being flooded with electronic missives pleading for money or urging him to drop everything and go vote. But his brother was getting text messages, too.

“I’ve been inundated with these texts,” Mott said. “Sometimes I’d reply, even though I’m usually shouting into the void.”

Michigan voters received an estimated 94 million political text messages from August through October in the lead-up to the Nov. 8 election, according to the national data tracking service RoboKiller.

And while people may be frustrated about the texts, there are limits on the options available to them.

Mott, who is a business and tax attorney at Foster Swift Collins & Smith, also practices election law. And those unsolicited messages, as annoying as they may be, are a form of political speech protected by the First Amendment, Mott said. 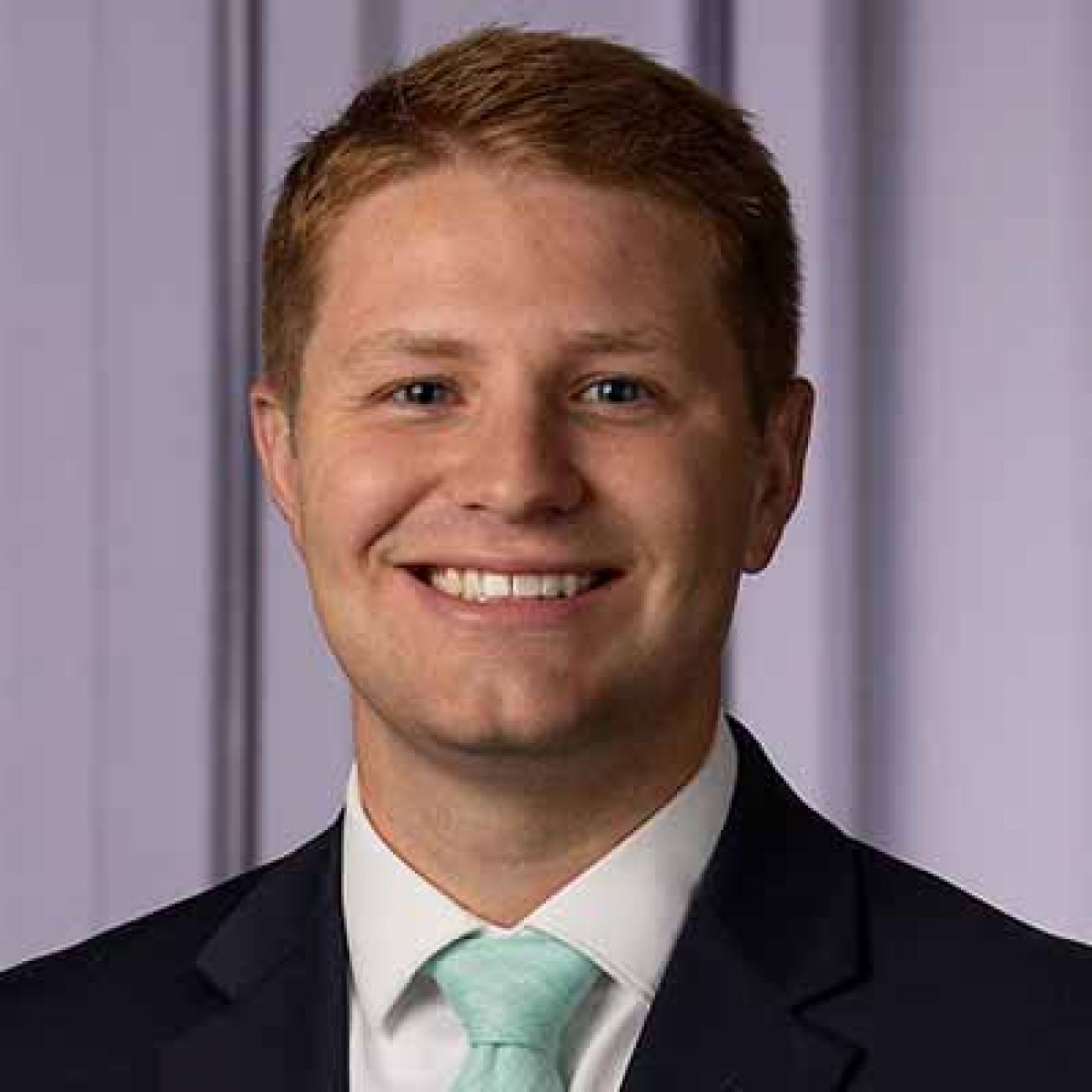 Currently, “there’s no legal structure in place that requires (campaigns) to stop making the (texts) or allows (customers) to opt out.”

But while Michigan can’t fully stop the flood of “THE WORLD WILL END UNLESS YOU DONATE BY MIDNIGHT” texts, it could take steps to slow them down.

Some states have laws meant to prevent state- and local-level political campaigns from autodialing robotexts that can ping thousands of cell phones at a time. Campaign volunteers can still send mass texts by hand, but that slows the electronic torrent.

Michigan doesn’t yet have such a law.

Not that residents in other states eluded campaign messages on their phones: voters nationwide were pinged almost 1.3 billion times in October alone. But Michiganders have one less layer of protection against the barrage of  beeps and buzzes than many other politically exhausted Americans.

It’s not surprising to anyone with a cell phone that political text messaging in Michigan has skyrocketed. In fact, it’s doubled in two years, according to data provided to Bridge Michigan by RoboKiller, which is based in New York City. Michiganders were flooded with an estimated 241 million political text messages in the first 10 months of 2022.

It’s primarily been Republican campaigns that have had itchy fingers: about eight in 10 texts in Michigan this year have come from Republican-oriented groups.

That matches the experience of Sharon Parks, an Ingham County resident and former president of the Michigan League for Public Policy. Parks said she had numerous signs in her yard this fall for Democratic candidates “and I didn’t get texts from them. All I got were texts from Donald Trump.”

Through the fall, Parks received an average of two texts a day urging her to donate to Republican causes or vote for GOP candidates. “I’m a liberal Democrat,” Parks said. “I’d ditch them as soon as I got them, but it was surprising — I try to be careful with (giving out) my cell number.”

That campaigns are able to track down and robotext cell phones doesn’t surprise John Gilmore, head of research for DeleteMe, a Massachusetts company that specializes in removing personal information from the Internet.

“How does every Tom, Dick and Harry get your phone number? Through data brokers,” Gilmore said. The $200-billion data broker industry gleans public records for information on individuals and sells them to companies that use the information to target their marketing.

“I can find twice as much information about you from data brokers (now) as I could two years ago,” Gilmore said. “All of this data, it’s been a gold rush for the data mining business.”

Political campaigns buy lists from data brokers, too, as well as getting state voter files that contain names, addresses and voting habits. Those campaigns have migrated from robocalls to robotexts in recent years, because of restrictions put on robocalls by federal legislation.

Political robocalls haven’t disappeared — Michigan residents were on the receiving end of about 2.3 million political robocalls from August through October. Still, the total number of calls is about a third of the tally just a year ago.

Robotexts are supposed to be limited also by guidelines set by the Federal Communications Commission. Those guidelines prohibit political campaigns from autodialing robotexts to voters.

But those guidelines only apply to federal elections — those for the presidency and Congress. Many states, though, have copied the FCC guidelines for state and local elections, said Mott, the Grand Rapids attorney.

Michigan is not yet one of them.

“Michigan and a few others have opted to allow robocalling and robo-dialed texts for political and other non-commercial messages,” Mott told Bridge.

Mott wrote a column in a Michigan election law blog on the topic this summer.

“In Michigan, commercial vendors are not permitted to robocall individuals without prior consent, but political campaigns and charitable organizations are exempt from any such restrictions,”he wrote. “They can robocall or send out an automated text message to a voter without the voter’s prior consent or even if the voter previously opted out.”

If Michigan were to adopt a similar law, campaigns could still have volunteers send text messages to voters, but the speed and spread of those texts, as least by the letter of the law, should be diminished.

“I’d imagine it would not be too hard to enact similar laws here in Michigan,” Mott said.

Part of the problem is that election laws haven’t kept pace with advances in communications technology, and a 2021 Supreme Court decision loosened the definition of autodialing, allowing campaigns to ramp up their text campaigns.

“The Supreme Court decision has created a loophole that I think lots of actors, good and bad, are using and exploiting,” Jessica Rosenworcel, the F.C.C. chair, recently told the New York Times. “That’s why you’re seeing this incredible increase in the number of these texts.”

Some cell phone companies have recently signed on to an effort that encourages political campaigns to register the campaign numbers they use for robotexts to a campaign registry. The registry would identify which campaign is sending the texts and urge campaigns to only text voters who’ve given prior permission. That effort, though, is voluntary.

In the end, these are baby steps that are unlikely to make your cell phone a safe space from armageddon alerts in 2024.

Indeed, predicts Gilmore of DeleteMe, in two years campaigns will increase their use of text messages because they are easy, cheap (an estimated 8-10 cents per text) and 98 percent of them are opened, which makes text messages far more successful than email appeals.

“Even if it’s not convincing voters, it’s another way to touch them,” Gilmore said.

The long-term solution may be federal legislation that further restricts unsolicited texts. That may take a while, since the same politicians who would have to vote to rein in political texts are the people who were dialing your number this fall.

“Robocalls were in a similar place 10 years ago,” Gilmore said. “Eventually it got to the point where it was a major political issue. It’ll be awhile before there’s a unified opinion to impose stricter restrictions on text messages.”

For now, “It’s the wild west, and It’s reaching annoyance levels where it may soon be a policy issue.”

Meanwhile, Mott, the Grand Rapids attorney, continues to field pleas from friends and family, asking what they can do to stop political text messages.

Individuals can block numbers sending unsolicited texts, but it’s a bit like a game of Whac-A-Mole. Blocking one number “doesn’t prevent another (campaign) volunteer from texting you on another line,” Mott said.

“I wish I had better news.”