If Whitmer’s road funding pitch fails, where is Michigan’s Plan B?

Michigan residents don’t often agree on much, but everyone attending Thursday’s road summit in Grand Rapids agreed that Michigan roads are not in good shape. (Bridge photos by Alexandra Schmidt)

Judging by Thursday’s roads summit in Grand Rapids, it’s premature to lay money on that prospect.

Transportation experts and public officials again agreed on the obvious – Michigan’s roads are a mess and getting worse. Indeed, a 2018 report by a firm that creates HD maps for self-driving cars rated Michigan’s roads worst in the country.

Thursday’s event in Grand Rapids, sponsored by The Center for Michigan (which includes Bridge Magazine) and the Grand Rapids Area Chamber of Commerce,  was the last of three Roads Solutions Summits, following previous gatherings in Detroit and Lansing. About 50 people attended the summit. 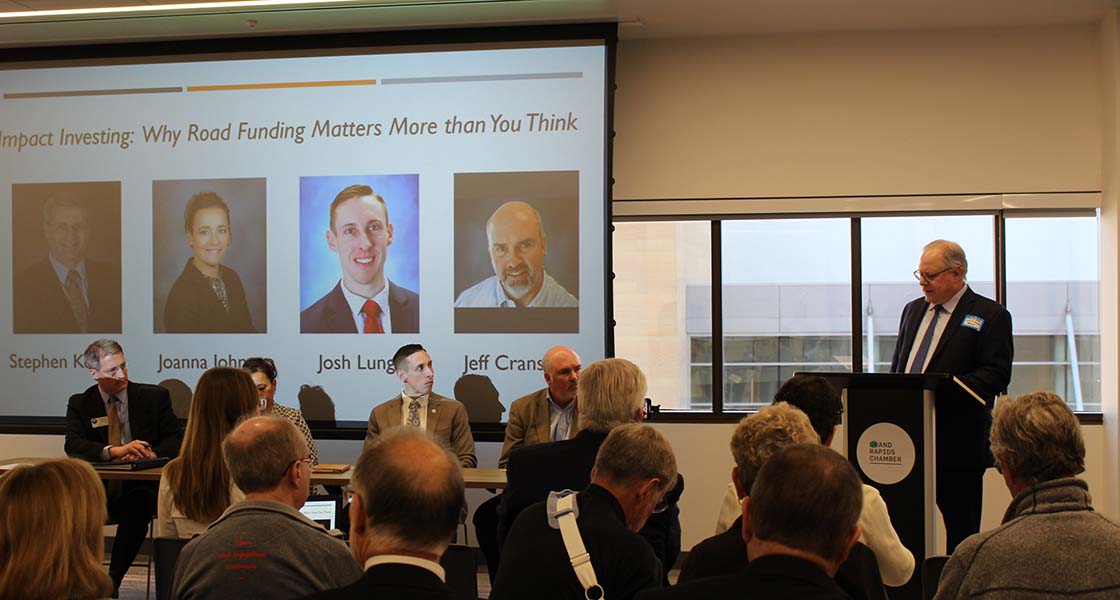 Assuming that Gov. Gretchen Whitmer’s proposed 45-cent gas tax increase to repair Michigan’s roads cannot get through the Republican-majority legislature, what might a compromise look like at the end of this year’s budget battle? Panel experts in Grand Rapids did not see a clear path to a deal that would still raise the $2.5 billion needed annually to repair battered roads.

Nobody on the panel of experts could precisely predict where more than $2 billion in needed annual funding will come from if state legislators reject Whitmer’s controversial plan to substantially increase the gas tax.

Her proposed tax hike has met stiff resistance from the GOP, as Senate Republicans moved forward this week on a 2020 budget with no tax hike.

Senate Republicans say they won’t release an alternative to Whitmer’s plan until summer. House leadership called Whitmer’s plan a “nonstarter,” and have set no timetable to release a plan of their own.

Jeff Cranson, communications director for the Michigan Department of Transportation, told the audience it’s a tough political environment in which to sell such an ambitious funding plan.

“We live in an unprecedented time of distrust in government, of people looking for somebody to blame and to say, ‘I don’t want to spend more. I don’t trust government.’ And that’s on everybody.”

Former GOP legislative leader Ken Sikkema said agreement between Whitmer and Republicans on a funding bill will be “a steep climb,” though he held out hope a deal could be made.

“It’s positive that both sides are saying we have a problem that needs to be fixed,” said Sikkema, a senior policy fellow at Public Sector Consultants in Lansing. “Where it goes from there, and what period of time it takes, I don’t have an answer. I don’t have a crystal ball, here’s how it gets resolved.

“I’m politically realistic, but I would urge them to go big,” he said, noting that he co-chaired a bipartisan road funding study that recommended a 47-cent gas tax hike phased in over nine years that would raise $2.7 billion a year when fully implemented. 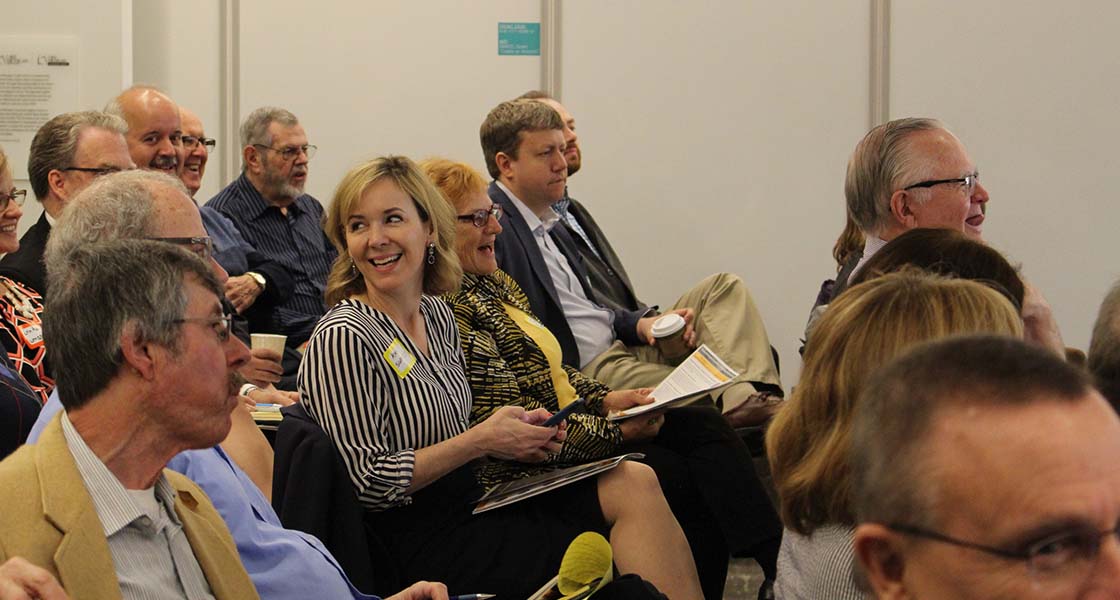 Thursday’s audience at a roads summit in Grand Rapids.

Further complicating matters, the public may be wary of shelling out any more in fees or taxes after a $1.2 billion 2015 road funding deal that hiked fuel taxes and registration fees failed to do the job.

Recent tax increases signed into law this year in a trio of states – all with Republican legislatures – suggest that far more modest gas tax hikes could be politically feasible. But passage of a far less polarizing - and smaller - tax increase would mean road repair money would have to be raised elsewhere in the budget.

Steve Warren, managing director of the Kent County Road Commission, said he is optimistic some kind of road fund increase will get done.

“Not so sure,” he told the summit.

If there was any common sentiment at the three summit events it was in the recognition that something must be done to rehab the state’s terrible roads. Michigan’s roads cost motorists $500 to $800 a year in added repair costs, tire wear and accelerated depreciation. Those costs seep into any business that relies on the roads for commerce.

Josh Lunger, director of government affairs for the Grand Rapids Chamber, said poor roads also hit the bottom line of heavy manufacturers across Michigan who have to move goods out of state.

“We need to connect to the world. A lot of our stuff goes out over roads,” he said.

“The longer we wait, the bigger the problem becomes.” 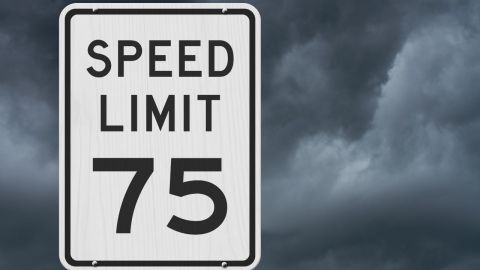 More drivers are going over 80 mph –  and crashing – since Michigan raised speed limits to 75 mph on rural freeways in 2017. But backers say worst fears about new limits haven’t materialized. 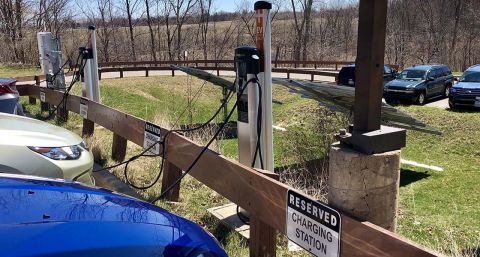 Gov. Gretchen Whitmer’s proposal to boost gas taxes by 45 cents would also make Michigan’s electric vehicle fees the highest in the nation. Critics say that comes atop other state policies that have discouraged sales of cleaner cars. 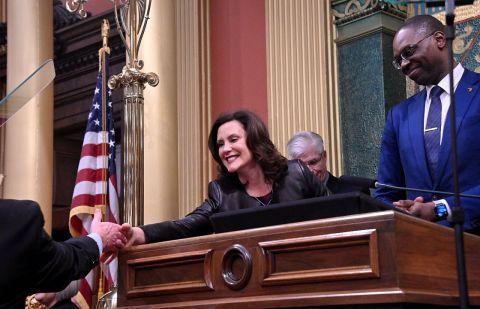 Highways win, local streets left ‘in the dust’ by Whitmer’s $3.5B roads plan

Gov. Gretchen Whitmer's new plan to "fix the damn roads" by issuing $3.5 billion in bonds would help rebuild Michigan highways without a tax increase but saddle the state with decades of new debt.

It was sold out so I couldn't attend, so if anyone that did can answer couple of questions; did anyone on the panel say anything about what we could expect in new quality of construction and maintenance that would extend the life of the roads?, did they say anything about accountability of the proposed added tax dollars?, did they only talk about getting more money?

This is all going to come down towards whether or not Lansing has the wherewithal to prioritize its spending like Michigan Families have had to do with their own budgets over the years.

You cannot cannot claim that there is no money available in the budget when you turn around the next minute and try and buy votes (i.e. "free" school and subsidizing the tourism industry...just to name a few items).

It is really that simple, Kevin. Well, maybe not simple, but exactly what has to be done. Live within a budget of necessities until you have fixed what you need and have the money to spend on non-essentials. I have seen studies on suggested budget cuts that make a lot of sense. Of course, there are things that can be cut, it just takes will and leadership. Tourism (not) spending is a great start, and there are many more things the State can do without for a while. I know people will ask, like what??? Too many to list.

No, seriously. What do you want to cut? This is an important question. Pure Michigan operates on an annual budget of $35 million. Even if we completely axed that and essentially leave the entire western and northern side of the state to rot, that's still only about 1.5% of what we need to fix this problem.

If nobody that parrots the "find the money in the budget" line can decide on one thing, then how do you think that the legislature will?

I'm not averse to a tax IF we cease the way we have been making our roads and have MDOT actually spec. out a road that will last longer than the car I buy. And don't give me this song and dance about Michigan's wild swing in weather changes. Mackinac Bridge opened well over 55+ years ago and it's been exposed to that same weather. Same with the old Navin field/Briggs/Tiger stadium which was built around 1903ish and lasted nearly 100 years. Seems the old adage is true.... if you fail to plan, you plan to fail.

How sad. For how many years has this state been under control of the Republicans? And now they still think they are in control, when in reality they are only obstructionists. Until we elect some mature, bipartisan leadership, we will be in the same situation. It is very tragic how Michigan has devolved. No solutions, just obstruction. All you have to do is compare Michigan to the rest of the states in this country to see the reality.

Given that polls show this proposal running 75% against, are you saying that you are against the will of the people? At this 75% against, do you think that it might includes a large number of Democrats also? Is it possible that folks would rather keep their money and deal with the roads some other way?

I agree with Bernadette. And mostly I would be curious about how the question was framed to achieve that 75% against number.

Do you ask that same question of all polls or only the ones that provide inconvenient results to what you are supporting?

75% is a staggering consensus that should be regarded with skepticism

It the same old song and dance, the "tax" boogyman strikes fear in the heart of politicians if you dare to ask the public to pay more.

There are about $23 BILLION dollars in the auto insurance catastrophic fund! This fund accumulates about $2 Billion dollars a year and only disburses about $1 Billion a year. Peter Lucido (R) is the only politician willing to suggest that is where the money for the roads has to come from. I can only wonder how many politicians are getting a sliver of that pie and therefor afraid their finances will be compromised.

And what would you suggest those that may need that money in the future because of a car accident, what the fund was meant for in the first place, do?

I realize that the fund looks like a good place to raid funds from without YOU paying more, but what about the injured for whom the fund was put in place for?

I know! WE will just put them on disability and then you can complain about those rolls going up!

Maybe plan B is we let the monies already earmarked for the roads to continue flowing in and and increasing as planned, At some point evaluate whether additional funds could be beneficially added to the project and at what pace. Looking at all the road work starting right now in my home city, one would wonder how they could do anymore without evacuating the entire city. I'm glad they don't have more! And yes the engineer crowd argues this incremental approach is bad but remember these are the same ones who designed the many prematurely failed roads in the first place and whose jobs depend on this work. Like it or not this is a decades long project.

Snyder has almost a billion more going it over the next few years, not chicken feed.

I have seen potholes in my community that a I swear a family of four could live in. One family moved out because they were looking for one a little smaller. Just kidding but we must address these road Issues. Peace R.L.