The path to a compromise on auto no-fault reform will require consensus from Gov. Gretchen Whitmer and Republican legislative leaders on two still-unresolved points: Whether drivers should be required to buy at least some personal injury protection, and whether medical providers should have limits on what they can charge for care.

If a deal can be reached on those two issues, it’s likely to come within days, Amber McCann, spokeswoman for Senate Majority Leader Mike Shirkey, said Tuesday.

Neither the House nor the Senate took action Tuesday on legislation that remains pending in both chambers, citing continued progress in negotiations with the governor after several days of meetings.

Whitmer’s team did not disclose specific details on negotiations, including whether the governor has moved from her positions late last week. But spokesman Zack Pohl said in a statement that “there has been more progress made in the last several days than the last four years.”

Whitmer, Shirkey, R-Clarklake, and House Speaker Lee Chatfield, R-Levering, met over the weekend and on Monday and Tuesday, representatives for Shirkey and Chatfield said.

“They’ve gotten down to just a few details, and if those details can’t be resolved in a few days, they’re likely not going to be resolved at all,” McCann said, adding “nobody’s looking to pull the plug based on an arbitrary timeline.”Yet even absent a hard deadline, this week has brought new pressure to talks.

A lobbyist for Detroit businessman Dan Gilbert said this week the billionaire founder of Quicken Loans intends to follow through on his promise from late last year to launch a 2020 ballot initiative should negotiations fail to reach consensus.

And time is waning if Whitmer and legislative leaders want to ink a deal before they leave Lansing next week for the Detroit Regional Chamber’s annual policy conference on Mackinac Island, an annual gathering that draws more than 1,000 of Michigan’s business, civic and political leaders.

Gilbert and Whitmer are each scheduled to speak at different events at the Mackinac conference, while Republican and Democratic House and Senate leaders are set to appear together in a panel discussion.

As of Tuesday, Gilbert had not yet formed a ballot committee with the state, according to records. But if he does, and succeeds at collecting the 340,047 valid signatures from Michigan voters, his initiative could become law and Whitmer would be unable to veto it.

The state constitution allows the Legislature to have the first chance at adopting such citizen initiatives; if they do (which is probable, since Republicans control the House and Senate and both chambers already adopted their own no-fault bills) the measure would become law without going to voters in November 2020.

“The current Michigan auto insurance no-fault law is the single biggest obstacle in the way of retaining and attracting talent and further growing Detroit and Michigan’s economy,” Jared Fleisher, Quicken Loans’ vice president of government affairs, said in a statement this week.

“We have said all along that we will take the necessary steps to prepare for a ballot initiative only if there is no resolution at the negotiating table,” Fleisher’s statement said. “But we are also hopeful and optimistic that ongoing, good-faith negotiations between the Governor and legislature will lead to an agreement that delivers real and significant savings for Michigan drivers.”

Gideon D’Assandro, a spokesman for Chatfield, declined to comment Tuesday on GIlbert’s potential ballot initiative or discuss details of ongoing negotiations, other than to say “there’s an interest in reaching a compromise on no-fault as soon as possible.”

Shirkey would prefer whatever option can be achieved the fastest, McCann said, acknowledging that a legislative compromise could be accomplished sooner than a citizens’ initiative could come before the Legislature for approval.

But that will depend on whether Republican leaders and Whitmer can settle on policy language.

Michigan is the only state that requires drivers to buy unlimited, lifetime medical coverage with their car insurance policies, which contributes to the state having the highest auto insurance in the nation. The Republican bills in the Legislature would offer drivers the choice of different tiers of PIP benefits, including the current unlimited level but also allowing people to opt out of PIP altogether if they have other health insurance.

The House also added language introduced by Democrats, which last week was added to the Senate version, that requires insurers to reduce drivers’ PIP rates for five years and prevents auto insurers from using non-driving factors to determine rates once state insurance regulators identify those factors as part of a study Whitmer ordered last month.

In addition, the bills would limit the amount medical providers could charge for care related to auto injuries to the same rates set for workers’ compensation, an addition that has drawn protests from hospitals and other health care groups.

Late last week, Whitmer said she is open to discussing allowing drivers to purchase lower level options of PIP benefits, but would “draw the line” at allowing them to opt out completely from buying personal injury coverage due to the increased risk of uncompensated care and shifting costs to Medicaid, which is funded by taxpayers.

Republicans, meanwhile, support the provision as a way to lower drivers’ PIP rates and give them more choices about the kind of coverage they want to buy. 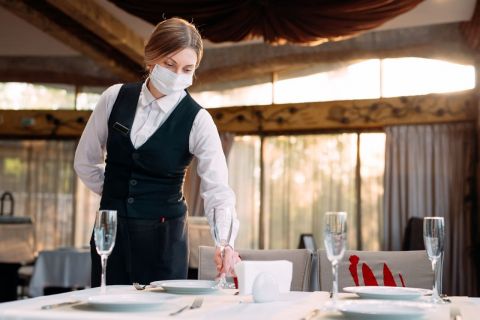 New pandemic rules require restaurants to get customers’ names and phone numbers to help with contact tracing if there is an outbreak. But as the rules took effect Monday, state health officials had yet to give restaurants guidance on how to enforce them. 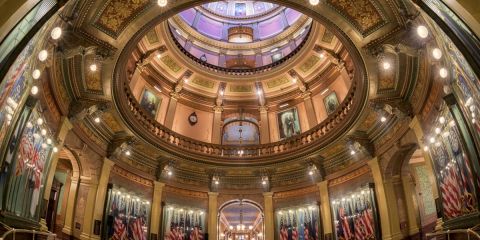 GET THIS DONE & PASSED!