The Michigan Supreme Court on Monday rebuked Gov. Gretchen Whitmer, ruling her emergency powers are over now rather than the 28-day delay she sought following a landmark ruling on her coronavirus orders.

The 6-1 ruling means the 30 executive orders that were in effect when the Supreme Court’s ruling came down on Oct. 2 no longer carry the weight of law.

“I do not believe the court has the authority to grant the remedy the governor requests,” wrote Chief Justice Bridget Mary McCormack in a concurring opinion. “Respectfully, I believe that the [governor’s] motion … relies on a misunderstanding — there simply is no ‘precedential effect’ for this court to stay.”

Some of the governor’s orders — such as a requirement for masks in most public spaces — have been temporarily replaced by orders issued by Michigan Department of Health and Human Services Director Robert Gordon.

Others have not, such as expanded unemployment insurance benefits that Whitmer implemented by executive order. The ruling allowed residents who lost their job during the pandemic to qualify for benefits for up to 26 weeks instead of the usual 20 weeks.

Justice Richard Bernstein, who was nominated by Democrats, cited those benefits in his lone dissent, arguing the governor and Legislature should have time to replace orders such as the unemployment benefits.

His opinion cited Whitmer’s claims that up to 830,000 residents may lose benefits. As of early October, nearly 2.3 million Michiganders had qualified for some form of unemployment insurance since March.

“This represents a significant potential disruption to the livelihoods of the people of Michigan in a time of great public crisis,” Bernstein wrote.

Last week, the state Senate approved legislation that would continue the governor’s expanded unemployment insurance benefits. But lawmakers connected it to separate legislation that would retroactively shield businesses from legal liability for coronavirus-related harm done to employees unless the employee was killed, hospitalized or severely impacted by the virus.

Senate Republicans are using a method called a “tie bar” that would mean the expanded unemployment insurance benefits bill couldn’t go into effect unless the business liability bills were also approved.

The House and Senate return to Lansing on Tuesday and are expected to act on the legislation. At a press conference Monday, the governor called upon the Legislature to break the tie bar and approve the unemployment extension benefits.

“These are benefits that I was able to extend, but with the court’s decision they now hang in the balance,” Whitmer said.

She encouraged the Legislature to codify executive orders that had permitted local governments to meet remotely during the pandemic. Some communities including Lansing canceled meetings after the court order.

GOP leaders have not said whether they would consider breaking the tie bar on unemployment legislation, but they have pushed back on the governor’s plea they return to Lansing to act on the orders.

"We've been in session all during COVID, yet the governor has refused to work with us," House Speaker Lee Chatfield wrote on Twitter. "Now she's claiming we're not in town while she's working, though yesterday (Oct. 5) she campaigned all day for House Democrats. The hypocrisy is astounding."

The Supreme Court’s Monday decision continues the fallout from its Oct. 2 decision that a 1945 law the governor used to issue executive orders without the approval of the Legislature violated the separation of powers.

Whitmer asked the court to clarify when the ruling goes into effect, arguing the orders should stay in place until Oct. 30.

GOP leaders made clear that some of Whitmer’s mandates — such as a requirement that people wear masks when they’re inside businesses and other public spaces — would not be codified. But unemployment appears to be an area of bipartisan interest, despite the partisan tension that has increased since the ruling. 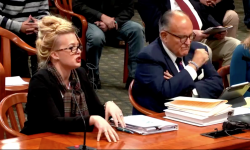 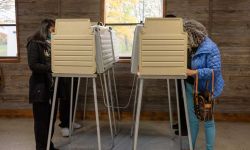 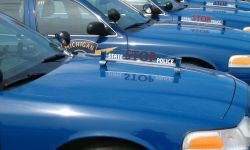