Michigan election week may be confusing. These tools can help decipher results

Bridge Michigan has developed tools and databases to take some of the confusion out of what could be a rollercoaster election week in Michigan.

Although the election is officially Tuesday, residents have voted absentee for weeks, and Secretary of State Jocelyn Benson reiterated Monday that it may take until Friday to finalize the results.

That leaves the possibility of three days of speculation and misinformation and even premature declarations of victory, since some 60 percent of the state’s votes, nearly 3 million ballots, are likely to be absentee and take longer to count than walk-in ballots.

With that in mind, Bridge’s tools are designed to make sense of partial results and help readers determine if they are subject to change once absentee ballots are counted.

Bridge has compiled results of the last four presidential elections, as well as the number of registered voters and turnout, for each of the state’s 1,520 townships and cities and 83 counties.

That allows readers to arm themselves with data to know whether an early big lead for President Trump in Flushing in Genesee County, for instance, is likely to remain after absentee votes are tallied.

(Flushing favored Trump by 3 percentage points after favoring President Obama in 2012 and 2008.)

Polls close statewide at 8 p.m. Four counties in the western Upper Peninsula are in the Central Time Zone, though, so most results don’t start trickling in until 9 p.m. Eastern time.

The first reported totals will reflect walk-in votes. And this year, experts say, Republicans are more likely to vote in-person while Democrats tend to vote absentee.

That means if one candidate is up by 10,000 votes on Wednesday morning in a particular community and there are 20,000 absentee votes to count, it’s too close to call.

How the tool helps

Let’s say Trump is leading on Wednesday morning 51 percent to 45 percent in Clare County in central Michigan, but the absentee ballots haven’t been counted.

Sound good for Republicans? Not quite. The tool shows that Trump carried the county by 32 points in 2016.

With the possibility that absentee ballots could lean toward Biden, it’d be an indication — but not definitive — that Trump’s overall support had waned or that Democratic turnout had surged.

Another way to use Bridge’s tools is to look at turnout.

How it affects the race

In 2016, Trump won some counties with over 70 percent of the vote. Only eight counties backed Democrat Hillary Clinton, even though Wayne County alone cast more than 290,000 more votes for Clinton than Trump.

Election experts expect Biden to do even better in Wayne County and Oakland County, which favored Clinton by a 54,000 vote margin.

If Biden doubles that, as many expect, it would mean the president would have to do far better in northern and western Michigan than he did in 2016.

How the tool helps

To overcome Biden support in Wayne, Oakland, Washtenaw and other Democratic-leaning counties, Trump would have to score huge margins in dozens of smaller counties.

To see if that’s possible, you can compare this week’s results with those from 2016.

For instance, if Biden doubles his margin in Oakland County, from 54,000 to roughly 110,000, that would mean the president would have to pick that up elsewhere.

Seven Michigan counties and 87 townships or cities have backed the winning candidate in the last four presidential elections.

If you really want to take a look at existing results for those counties, check out their 2020 results at each county’s election results websites in Calhoun, Eaton, Macomb, Manistee, Monroe, Shiawassee and Van Buren counties.

But be forewarned: Past performance, like in finance, is not always a predictor of success. 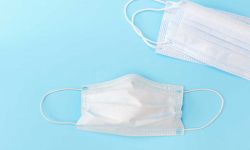 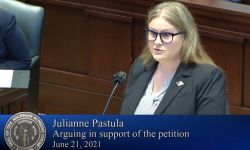