LANSING — A Michigan Court of Claims judge on Tuesday preemptively suspended enforcement of the state's 1931 abortion ban, which would have gone into effect if the U.S. Supreme Court overturns Roe v. Wade.

In a 25-page opinion issuing a preliminary injunction, Judge Elizabeth Gleicher wrote that if the landmark case that made abortion a federal right is overturned,  Planned Parenthood of Michigan and their patients "face a serious danger of irreparable harm if prevented from accessing abortion services."

Anti-abortion groups may well challenge the injunction to the Michigan Court of Appeals. They had asked Gleicher to recuse herself because she has donated money to Planned Parenthood of Michigan and represented the abortion provider as a volunteer attorney for the ACLU in the 1990s.

In its suit, Planned Parenthood argues Michigan's 1931 abortion ban violates the due process and equal protection clauses of the Michigan Constitution, along with state civil rights laws. Gleicher has not yet ruled on those larger arguments, but said the injunction was warranted because Planned Parenthood has a "strong likelihood" of winning the case.

The injunction bars enforcement of the 1931 ban, at least for now.

“This is a win for individuals, families, and communities,” Dr. Sarah Wallett, the plaintiff in the case and chief medical officer for Planned Parenthood of Michigan, said in a statement.

The Planned Parenthood lawsuit is one part of a broader effort to protect abortion access in Michigan that would be jeopardized if the Supreme Court strikes down Roe, as expected after a leaked February draft opinion signed by five of the court’s nine judges.

Separately, Democratic Gov. Gretchen Whitmer has asked the Michigan Supreme Court to rule on similar arguments. Planned Parenthood and the ACLU, meanwhile, are also spearheading a petition drive that would amend the Michigan Constitution to guarantee abortion rights.

Michigan's 1931 law, if re-enacted, would make it a felony crime for anyone to perform an abortion in the state. The only exception would be to preserve the life of the mother.

Violations would be punishable by up to four years in prison and/or a fine of up to $5,000. Physicians who perform abortions could also face administrative penalties from the state, including revocation of medical licenses. Clinics, too, could face possible penalties.

Right to Life of Michigan and the Michigan Catholic Conference, who are defending the 1931 law because Democratic Attorney General Dana Nessel has refused to do so, had asked Gleicher to recuse herself from the case.

"Any reasonable, disinterested observer would question the appearance of the judge’s impartiality in such circumstances,"  John Bursch, a former state solicitor general, wrote in a court filing last month.

Right to Life and the Catholic Conference have also asked state courts to dismiss the lawsuit because plaintiffs "lack jurisdiction" since the 1931 law is not actually in effect yet and Planned Parenthood and Chief Medical Officer Dr. Sarah Wallet are "under no imminent threat of prosecution."

In a Tuesday evening call, Bursch said his alliance is considering next steps but will "unquestionably" take legal action to fight what he called an "unprecedented" and "rogue decision."

"This was all done in secret with parties who all agreed on the result," Bursch said, telling reporters his group was not allowed to participate in a scheduling conference with the judge, Planned Parenthood and attorney general. "It's improper six ways to Sunday."

Bursch also questioned the judge's ability to bar county prosecutors from enforcing the 1931 law. They can make "independent charging decisions, and this decision cannot bind them" even though that it what it purports to do, he said.

It’s not immediately clear what legal avenue anti-abortion groups would have to appeal Gleicher’s ruling. Nessel, the named defendant in the case, said in a Tuesday statement that she has no plans to appeal on behalf of the state.

Instead, Nessel called the injunction “a victory for the millions of women fighting for their rights” and said she will “comply with the order to provide notice to all state and local officials under my supervision.”

Whitmer also celebrated the ruling but said she thinks it is still important for the Michigan Supreme Court "to weigh in and establish the right to abortion under our state constitution."

"We must protect the rights of nearly 2.2 million women in Michigan to make decisions about their bodies because, however we personally feel about abortion, a woman’s health, not politics, should drive important medical decisions," the governor said in a statement.

The clinics provide "medication" abortion, where women can take pills to end pregnancies up to 11 weeks since their last period, according to suit. Ann Arbor, Kalamazoo and Flint clinics also perform "procedural abortions." where physicians use suction and sometimes other instruments to end a pregnancy up to 16 or 19 weeks after conception.

In fiscal year 2020, Planned Parenthood provide 8,448 abortions, 6,626 of which were medication abortions, while 1,882 were procedural abortions, according to  the suit.

In its lawsuit, Planned Parenthood argued the 1931 law is written so vaguely that "sheriffs, prosecutors and courts could have broad discretion to assert that a range of undetermined medical practices are a crime.”

And that would put physicians in the "precarious position of not knowing what acts could subject them to criminal investigation or prosecution,” attorneys said in their initial complaint. 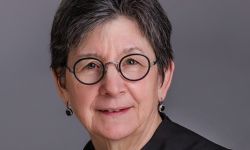