LANSING — Michigan leaders of a national neo-Nazi group are awaiting sentencing after pleading guilty to a variety of criminal charges related to alleged "hate camps" and intimidation.

Justen Watkins, who the FBI says had been "elevated from regional cell leader to overall leader" of The Base in early 2020, has pleaded guilty to felony gang and firearm charges in Tuscola and Washtenaw counties, Michigan Attorney General Dana Nessel announced Tuesday.

Tristan Webb, who hosted Watkins and organized weapons training exercises at his family property in Bad Axe, this week pleaded no contest to gang membership, conspiracy to train with firearms for a civil disorder and felony firearm charges.

As Bridge Michigan previously reported, Watkins was initially accused of stalking a home in Dexter in an attempt to “threaten, intimidate, and harass” an “Antifa podcast” host who did not actually live at the home he visited.

While the gang membership charge could land Watkins and Webb up to 20 years in prison, another Base member — Alfred Gorman, who helped Watkins stalk the Dexter home — pleaded guilty to the same charge in Washtenaw County in February and was sentenced to four years probation.

The additional felony firearm charges Watkins and Webb face are punishable by up to two or four years in prison. A fourth man associated with The Base, Thomas Denton, was recently sentenced to between two and four years in prison on similar charges for his role in scouting location in Tuscola County.

Nessel, in a statement, said the convictions and pleas reiterate her office's "commitment to protecting Michigan residents.”

She said the convictions “create a historic precedent in our state’s court system, and they convey the real danger domestic terrorism poses here and around the country."

“In Michigan, we will not hesitate to prosecute those who commit crimes in the name of overthrowing our government or perpetuating racist ideologies," said Nessel, noting the investigation involved the Michigan State Police and the FBI's Joint Terrorism Task Force.

The Base, which organizes online and emerged in mid-2018, is primarily active in the United States and is preparing for "an impending race war," according to the Anti-Defamation League.

The neo-Nazi group espouses "nihilistic and accelerationist rhetoric — an ideology embraced by white supremacists who have determined that a societal collapse is both imminent and necessary," according to the ADL.

The Michigan cell trained on a remote farm property in Bad Axe, where they also filmed recruitment videos with men dressed in skull masks, fatigues and tactical vests, assault-style weapons and Nazi flags.

Watkins, then 25, had joined the group in 2019 and quickly assumed a prominent role in the Michigan cell.  The former metro Detroit resident was driven by “fascism and adherence to the natural order — the way things are supposed to be,” he told leaders in a 2019 interview as he sought membership in The Base.

Watkins mentored and eventually lived with Webb, a teen who had bonded with other white nationalists online after leaving a northern Michigan high school where he was mocked as “Jesus Hitler,” as Bridge has reported.

Together, they contemplated purchasing land in Michigan's Upper Peninsula to expand their operations, a plan prosecutors allege was part of a Base goal to establish a white ethno-state in rural Michigan or the Pacific Northwest.

Nessel's office says the case marks the first time in Michigan history the state has charged — and now convicted — someone with conspiracy to train with firearms for a civil disorder, a four-year felony.

James A. Tarasca, special agent in Charge of the FBI's Detroit Division, said the guilty pleas "serve as an example of the FBI's continued commitment to work alongside its law enforcement partners at every level to protect the security of our nation—even when federal criminal statutes may not be available." 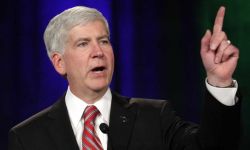 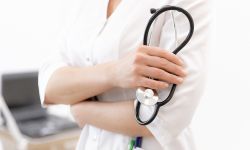 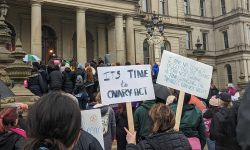