In a rare move, Democratic Attorney General Dana Nessel personally appeared before the court Wednesday to defend the Michigan Civil Rights Commission, which in 2018 issued an interpretive statement holding that the state’s Elliot-Larsen Civil Rights Act of 1976 protects gay and transgender residents from discrimination because it prohibits sex-based bias.

At issue is whether the existing law that prohibits discrimination based on "sex" also applies to sexual orientation.

"We are a better and stronger state when everyone is included under the protection of the law," Nessel told reporters after the hearing.

Michigan’s Republican-led Legislature has resisted calls to expand protections, but only lawmakers or voters can rewrite laws, say attorneys representing the firms.

"It violates every foundational principle of this country to enact such a sweeping change to (the civil-rights act) without allowing all citizens in Michigan to have their voices heard, either at the ballot box or through their duly elected representatives," they wrote in a recent court filing.

Nessel’s decision to argue the case herself is a relatively rare move she said was warranted given the stakes and her familiarity with the issue.

The first-term Democrat is the state’s first openly gay attorney general and was a leading figure in the gay rights movement before she won election in 2018.

As a private practice attorney, Nessel represented a same-sex Michigan couple whose lawsuit went to the U.S. Supreme Court and helped topple gay marriage bans across the nation in 2013. Two years later, she led a failed petition drive to amend the Michigan Constitution to prohibit discrimination based on gender identity or sexual orientation.

“We know Michigan does better not just from a civil rights perspective, but from an economic perspective, when we include everybody under our laws, and I hope that's what long last we'll see what happens when the court comes down with a decision,” she said Wednesday.

The Michigan litigation began in 2019 as the state investigated Rouch World LLC, an event center in Sturgis whose owners refused to host a same-sex wedding ceremony, and UpRooted Electrolysis in Gwinn, whose operators refused to perform hair removal services for a transgender woman who was in the process of a physical transition.

The companies sued to stop the state civil rights probes.

Attorneys for Rouch World appealed, again arguing that only voters or the Legislature — not a commission or court — can amend state laws.

Records suggest lawmakers did not intend “sex” to mean “sexual orientation” when they wrote the law 46 years ago, attorney David Kallman said Wednesday.

“We're not here today to decide is sexual orientation as a protected class good or bad public policy,” Kallman told justices on the court, where Democratic nominees have a 4-3 advantage. “The issue before you today is, what does the term ‘sex’ mean back in 1976 when it was passed by the Legislature?”

In court filings, Kallman noted that at least 11 bills have been introduced to extend anti-discrimnation protections to LGBT residents since 1999 but none have been approved by the Legislature.

At least two petition drives for potential ballot proposals, including the 2015 initiative Nessel spearheaded, have also stalled or failed.

“The Legislature did not include sexual orientation in (the civil-rights act) when it was passed as evidence by the actual vote of legislators,” Kallman said.

The closely-watched case has spurred legal filings from a variety of outside interests.

The Michigan Catholic Conference, the Michigan Family Forum and the Alliance Defending Freedom have asked the court to overrule a commission interpretation they contend could have negative consequences for religious organizations, schools and business owners.

Nessel, however, said the focus should be on Natalie Johnson and Megan Oswalt, the same-sex couple who asked to host their wedding ceremony at Rouch World but were denied by ownership.

“If you were to swap out Megan for Matt, or Natalie for Nate, they would not have been discriminated against,” Nessel said Wednesday after oral arguments. “So it’s just clear cut: It’s discrimination against sex.” 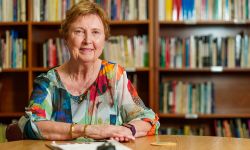 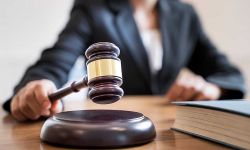