African-American motorists and leaders have complained for years they are more often pulled over by police. A new study appeared to confirm those suspicions. (Shutterstock)
January 12, 2022
Mike Wilkinson (Email)
Michigan Government

State Police Director Col. Joseph Gasper said all troopers will have body cameras by the end of the year, and the agency will undergo a thorough review of practices to try and end “the clear and consistent evidence that racial and ethnic disparities” occur in traffic stops.

“Michiganders deserve unbiased policing, transparency and accountability from their state police, and that’s what they’re going to get,” Gasper said during a Wednesday media event outlining the problems and the agency’s proposed solutions.

That initial review found that 21 percent of all stops in 2020 involved African Americans, who make up less than 14 percent of the state population.

MSU researchers, led by Scott Wolfe, an associate professor in the school of criminal justice, dove deeper into the data for the latest report, comparing stops to census and crash data and analyzing night and day traffic stops.

By all comparisons, African Americans were disproportionately stopped in most regions of the state and were more likely to be searched and arrested, according to the report.

But in some measures, such as comparing stops to the race or ethnicity of those in car crashes — an indicator of who is on the roadways — the disparities are far more narrow.

The disparities also were not uniform: In some areas, like the Thumb, African-Americans drivers are far more likely to be pulled over, but there is almost no such difference in places like the Upper Peninsula, where there are few Black residents or motorists.

Although Hispanics were less likely to be stopped than whites, they were more likely to be searched and arrested, according to the study.

Wolfe’s study did not conclude whether there was any intentional discrimination.

“This report and its findings speak only to the extent of racial or ethnic disparity in MSP's traffic stops,” Wolfe said Wednesday.

“At the same time, the data do show a meaningful level disparity. That deserves more attention.”

Minorities in Michigan and the country have complained for years that police have targeted people of color for traffic stops. The ACLU had asked the state police to begin tracking racial data in 2017. That data led to the study released Wednesday.

Both white and African Americans get a warning about 73 percent of the time.

The Rev. Wendell Anthony of Detroit, a member of the national board of the NAACP, commended the agency for its transparency — and called it to root out officers who discriminate.

“We know not all state troopers are guilty of these actions but too many of them are,” Anthony said during the press event Wednesday.  “And so, we simply say that having responsibility with no accountability is an exercise in futility … and there must be accountability for officers who are guilty of misusing their trust and violating their oath and disregarding the professional ethos of the Michigan State (Police).”

“Today, armed with new awareness about our traffic stop activity, we’re taking another step toward transparency for the communities we serve,” he said. “We will fix this together.”

Mark Fancher, an attorney for the ACLU who filed a racial discrimination lawsuit against the state police in 2021, applauded the agency’s efforts. But he said it needs to go further and study troopers themselves to find out why the disparities exist.

He said officers may be pulling over certain types of cars because they believe criminals are driving, or because they have to make a certain number of stops in order to get positive performance reviews.

But he said the agency won’t know why the disparities exist unless it “gets into the heads of the troopers and sees what the culture is.”

“We welcome not only their movement in the right direction but also their transparency,” Fancher told Bridge Michigan. “We just encourage them to stay on the path and go all the way to the end of it.” 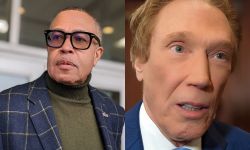 May 23, 2022 | Jonathan Oosting in
Michigan Government