In a massive upset, John Gibbs ousted Rep. Peter Meijer, R-Grand Rapids, in the August primary for west Michigan’s 3rd Congressional District. Now, he’s up against Democrat Hillary Scholten in one of the state’s most competitive districts.

Gibbs, a former administration official to President Donald Trump and conservative commentator, was endorsed by the former president. Meijer was a Trump target after voting to impeach him early in his first term. 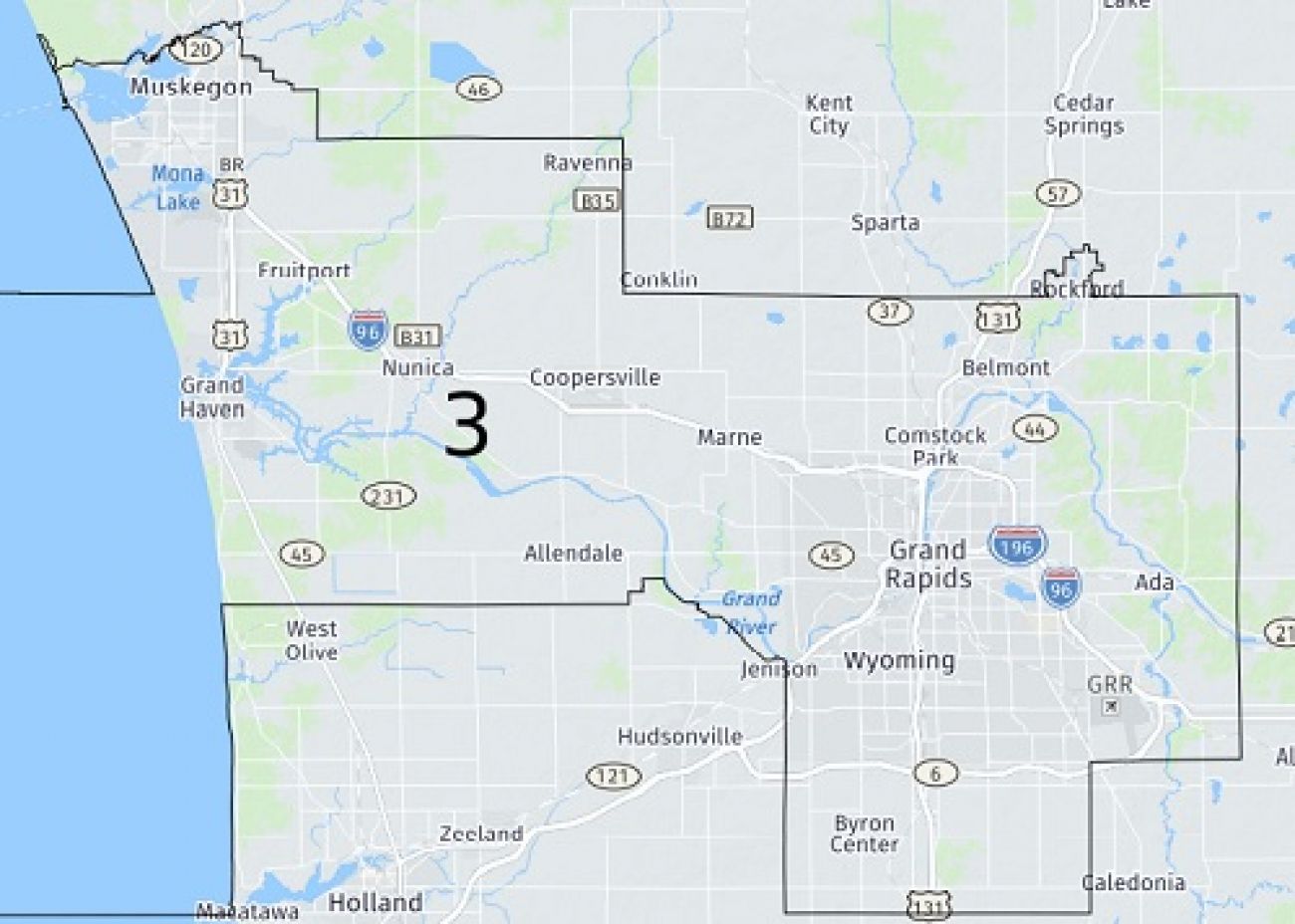 Before working in the U.S. Department of Housing and Urban Development, Gibbs worked as a Christian missionary in Japan and as a software developer. If elected, he hopes to fight gun-control efforts, rethink foreign policy and make elections more secure, including possibly moving away from absentee ballots.

He faces Scholten, a Grand Rapids attorney and second-time congressional candidate. Scholten lost to Meijer in 2020 by six points in a district far more favorable to Republicans. Democrats are hoping the more competitive lines will make up the difference this time.

In brief, quite a lot.

For years, the party in power in the Legislature after the decennial census drew congressional districts. Old iterations of west Michigan congressional districts lumped the city of Grand Rapids — which is becoming reliably Democratic — in with stalwart Republican areas such as Ionia, Barry and Calhoun counties.

Its demographic makeup is diverse — 11 percent of district residents are Black and 10.7 percent are Hispanic, the highest population of Hispanic voters of all 13 new districts.

The inclusion of Muskegon in the new district made the 3rd more politically competitive. In 2020, President Joe Biden won the region 54 percent to Trump’s 45 percent, according to data compiled by the state’s independent redistricting commission.

This district is a toss-up in November.

Scholten entered the general election cycle with a big cash advantage, posting nearly $1 million in cash on hand in the latest campaign finance filings. Ahead of the primary, Gibbs’ Trump endorsement hadn’t translated into significant fundraising hauls. That could change now that he’s the Republican nominee in a competitive district long represented by conservatives.

Democratic groups spent considerably in the 3rd District’s Republican primary, airing an attack ad against Gibbs as part of a nationwide effort to boost the chances of pro-Trump challengers they believed could be easier to beat in the general election.  The thinking was that attacking Trump-aligned candidates would legitimize them among Republican voters, boosting their electability.