Michigan’s citizens redistricting commission has agreed to take comments on 15 different maps that redraw the boundaries for Congress and the state legislature. They hope to finalize three by the end of the year. (Shutterstock)
November 10, 2021
Sergio Martínez-Beltrán
Michigan Government
Michigan redistricting

EAST LANSING— The 15 proposed maps put out by Michigan’s redistricting panel could effectively end the Republican power in the state legislature, and grant Democrats a majority not only in the legislature, but also in the congressional delegation. 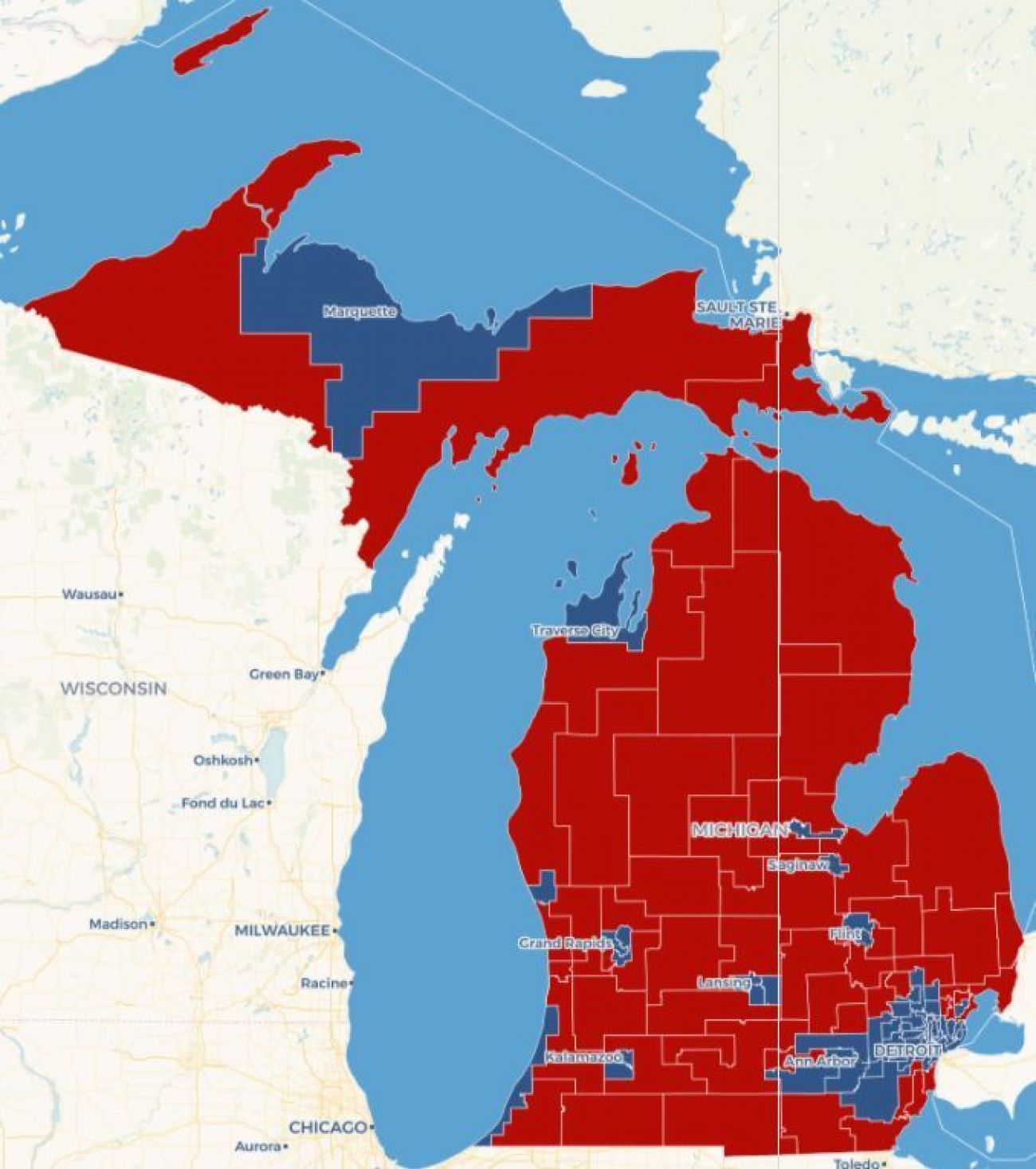 The redistricting commission has put forward 15 maps that would redraw the boundaries of Congressional, state House and state Senate districts. To see how they look, and to see which districts you live in, click on the links below. They take you to the commission’s own maps.

The maps will undergo a 45-day public comment period before one last vote from the commission scheduled for Dec. 30.

Nonetheless, the approval of the proposed maps is a significant step made by the 13-member panel towards accomplishing a historic task.

“We came up with what we perceive to be good maps,” Commissioner Steve Lett, an independent, told reporters Monday. “Are they perfect maps? No. But we feel they're good maps.”

The commission was created in 2018 following a voter-approved constitutional amendment.

Up until this year, the party in power in Lansing was in charge of drawing the political boundaries. Some of those recent maps disproportionately benefited Republicans, and were deemed gerrymandered by Democrats and, ultimately, a federal court.

Republicans now hold a 20-16 majority in the state senate, with two vacant seats in what are now GOP strongholds. They hold a 57-52 majority in the house while the state’s 14 congressional seats — the state is losing one in 2022 — are split 7-7.

Republicans have succeeded in winning legislative majorities in the state legislature despite getting only a small fraction more overall votes than Democrats in recent elections. Democrats have blamed that on districts drafted by the GOP in 2011 that “packed” Democrats into fewer districts, allowing Republicans to win elsewhere with smaller majorities.

But the maps crafted by the commission — made up of civilians who identified as Republicans, Democrats, and independents — have proposed districts that are far less likely to see Democrats “packed” and have spread their voting power into neighboring, more Republican areas, in particular around metro Detroit, Grand Rapids and Lansing.

All of the proposals will move forward to a 45-day public comment period. The maps will become law 60 days after their publication and will be used in the 2022 elections in which all state legislators face reelection.

The process to adopt a map is complicated.

According to the state constitution, a proposed “collaborative” map can only be adopted if two Republicans, two Democrats, and two independents vote for it.

If a collaborative map doesn’t have the support of at least two members of each affiliation, the commission could adopt a map drafted by an individual commissioner, using a ranking system. However, if they can't agree on any map, the secretary of state’s office could randomly select one of the plans put forth this week.

Commissioner Anthony Eid, an independent, told reporters Monday he would like the commission to choose from one of the three collaborative maps of each type.

“They're the maps that we all collaborated on and they kind of represent a compromise between all of the ideas on the commission,” Eid said.

The panel will hold meetings from 10 a.m.-2 p.m. on Nov. 18 in Ann Arbor; Dec. 2 in Lansing; Dec.16 in Detroit; and Dec. 30 in Lansing and commissioners said they expect to hear from the public during those meetings.

Bridge Michigan has analyzed all the maps, and here’s what they could mean for the state:

Overall, every proposed state House map would give Democrats a majority in the lower chamber.

The number of majority-Black seats in each map ranges from three to seven. Those seats would be in Detroit and Flint.

The Magnolia map keeps Flint in one district, but excludes Flint Township. This map could give Democrats 56 seats and Republicans 54 seats based on voting patterns in recent presidential and gubernatorial elections. Meanwhile, map Pine V5 creates four majority-Black districts and splits the House 57-53. The Hickory proposal would create a similar split.

Commissioner Rebecca Szetela, an independent who serves as chair of the commission, submitted an additional House map that splits Flint and Macomb County, and creates five majority-Black districts in Detroit, and one in Southfield.

That map would give Democrats an eight-seat advantage in the state House.

In terms of state Senate maps, only one proposal creates majority Black districts in Detroit.

The map, submitted by Commissioner Brittni Kellom, a Democrat from Detroit, creates three districts with a Black voting age population over 50 percent.

This proposal would also keep Novi in one district, and could split the upper chamber 20-18, with Democrats becoming the majority if voting patterns from recent elections continued.

The Cherry V2 and the Linden maps — both collaborative plans —split Grand Rapids in two districts, as well as Lansing and Ann Arbor. It could also give Democrats 20 seats.

Meanwhile, Commissioner Rhonda Lange’s map would split Livonia in two, but could also give Democrats a 20-18 advantage. Szetela’s individual map also leans toward a 20-18 Democratic majority.

The proposal with the lowest partisan fairness scores is the Palm map, which is biased towards Republicans. That map, also collaborative, would keep Ann Arbor in one district, and could lead to an evenly split, 19-19  Senate.

Members of the public will have five potential congressional maps to provide feedback on. None of the maps create a majority-Black district, and they differ on how certain big cities are treated.

The maps could give Democrats seven seats, which would be a one-seat majority, with the state now having just 13 congressional districts.

The Birch V2 map, for example, creates a district that would include Midland, Saginaw, Bay City, and Flint. All of Kent County will make up one district, and all of Lansing will be in another district.

The Chestnut map would also keep Midland, Saginaw, Bay City, and Flint together, but would pair Grand Rapids with Muskegon, and Kalamazoo with Battle Creek.

The Apple V2 map would create a district that goes from Grand Rapids to Kalamazoo to Schoolcraft.

Lange’s proposal keeps Midland with the rest of Midland County. All other maps have split the city off into congressional districts to the south and east, a move that has drawn scorn from residents and politicians of the area. Lange’s map also splits Lansing.