Residents from 19 Michigan communities will get a leg up in efforts to secure a license for legalized pot in the state. (Shutterstock image)

Residents of 19 Michigan communities disproportionately impacted by marijuana’s criminal past will get some help to join the legal industry in the future, thanks to a social equity program announced Thursday by the state Marijuana Regulatory Agency.

Residents of the cities, scattered across the southern half of the Lower Peninsula, will receive up to a 60-percent discount on licensure fees. They will also get educational sessions on the marijuana industry, one-on-one help with applications and resources to better understand regulatory requirements for marijuana business owners.

The cities were chosen because more than 30 percent of their populations have incomes below the federal poverty level and they are in counties with above-average rates of marijuana convictions.

I believe that our Social Equity Program will lead the nation in accomplishing the social equity objectives that Michigan voters assigned us last fall when they passed the adult-use marijuana proposal,” MRA Executive Director Andrew Brisbo said in a statement.

The program is one of the requirements of the state’s new adult use marijuana law, which was approved by 56 percent of Michigan voters in November 2018.

Initial licensure fees for these facilities can be tens of thousands of dollars. The state’s announcement Thursday provides discounts in these 19 communities to the following people:

At least one Michigan industry official praised the effort but expressed skepticism the new rules would work.

Margeaux Bruner, political director at the Michigan Cannabis Industry Association, said that while the rules are “well-intentioned” and “everything practically that (the MRA has) the capacity to do as a regulatory body,” they’re unlikely to actually remedy disparities from when marijuana was illegal.

While it’s possible to get a loan to start a pot business in Michigan, said Josh Hovey, spokesman for MCIA, it’s rarely advertised when banks serve the marijuana industry with loans. That means prospective entrepreneurs need connections and resources to get on their feet and weather business fluctuations.

To qualify for a 50-percent discount someone would have to have a conviction, which would mean they’ve been cut off from previous housing, employment and educational opportunities that would further limit their access to needed capital, Bruner said.

The program is unlikely to make a significant equity impact “for reasons that are very strongly systematic that are beyond the reach of the MRA,” Bruner said. “They did everything that was within their power, but some of these problems lie without that particular agency.”

The state will provide the educational and other support services to people who meet the criteria and would own at least 51 percent of the business, which means they’d be able to potentially partner with better-resourced entrepreneurs, MRA spokesman David Harns said via email. They also intend to help members of the community find employment in other areas of the industry (rather than owning a business) to increase access, he said.

The agency crafted the rules after several meetings with current and prospective business owners, local government officials, and others interested in the adult use industry. They also conducted a survey of more than 600 people about what the program should include.

“What we wanted to do is make sure that we weren’t on our own determining how to define disproportionately impacted communities and what the services in those communities should get,” said Harns. “We wanted to make sure we were asking stakeholders what their opinions were.” 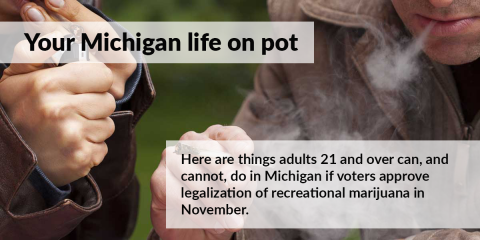 Legalizing recreational marijuana would not mean a free-for-all. Here are the legal limits if the measure passes in November. 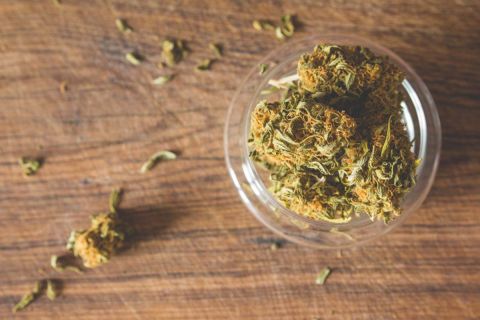 Michigan approves recreational marijuana. What you need to know.

This is great. Innovative way to address two issues

This news had me wonder about the Michigan Regulatory Agency regarding native American tribal land in Michigan.