In a major shift from previous maps, most of the county and metropolitan Grand Rapids are now included in the same congressional district as lakeshore communities like Muskegon and Grand Haven, making the 3rd Congressional District race far more politically competitive. In 2020, President Joe Biden won the region encompassed in the new district by 9 percentage points over former President Donald Trump.

It’s a scenario west Michigan Democrats have long sought, said Doug Koopman, a political science professor at Calvin University. And it’s one that will test former Trump’s hold on his party, as Tuesday’s Republican primary pits a freshman incumbent against a challenger backed by the former president. 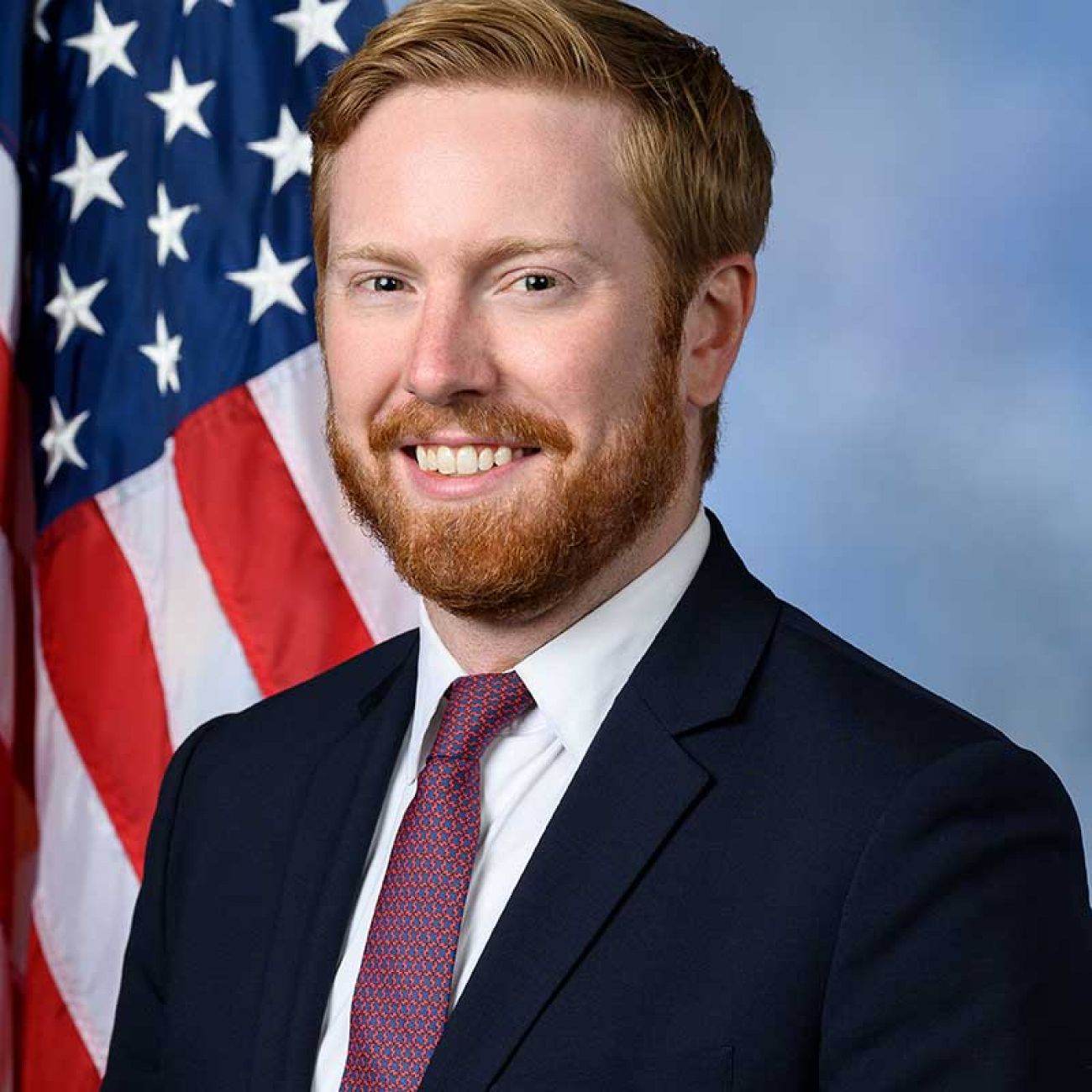 Caught in the middle is incumbent U.S. Peter Meijer, R-Grand Rapids, who won election in 2020 and had barely taken his oath of office before he had to take a vote on whether to impeach former president Donald Trump. Along with fellow west Michigan U.S. Rep. Fred Upton and eight other Republicans, Meijer voted to do so, provoking Trump’s ire and an eventual challenge in Tuesday’s primary from John Gibbs, a former Trump administration official.

Meijer is the first to tell you that “it’s a weird place to be.”

“I feel a little bit like the patient in the hospital where the doctor comes over and looks at the clipboard…beckons another doctor over, and they both look at it and furrow their brows,” Meijer said.

Progressive groups are targeting the district as a possible flip opportunity in a region that hasn’t gone Democratic since voters re-elected Rep. Howard Wolpe in the early 1990s. 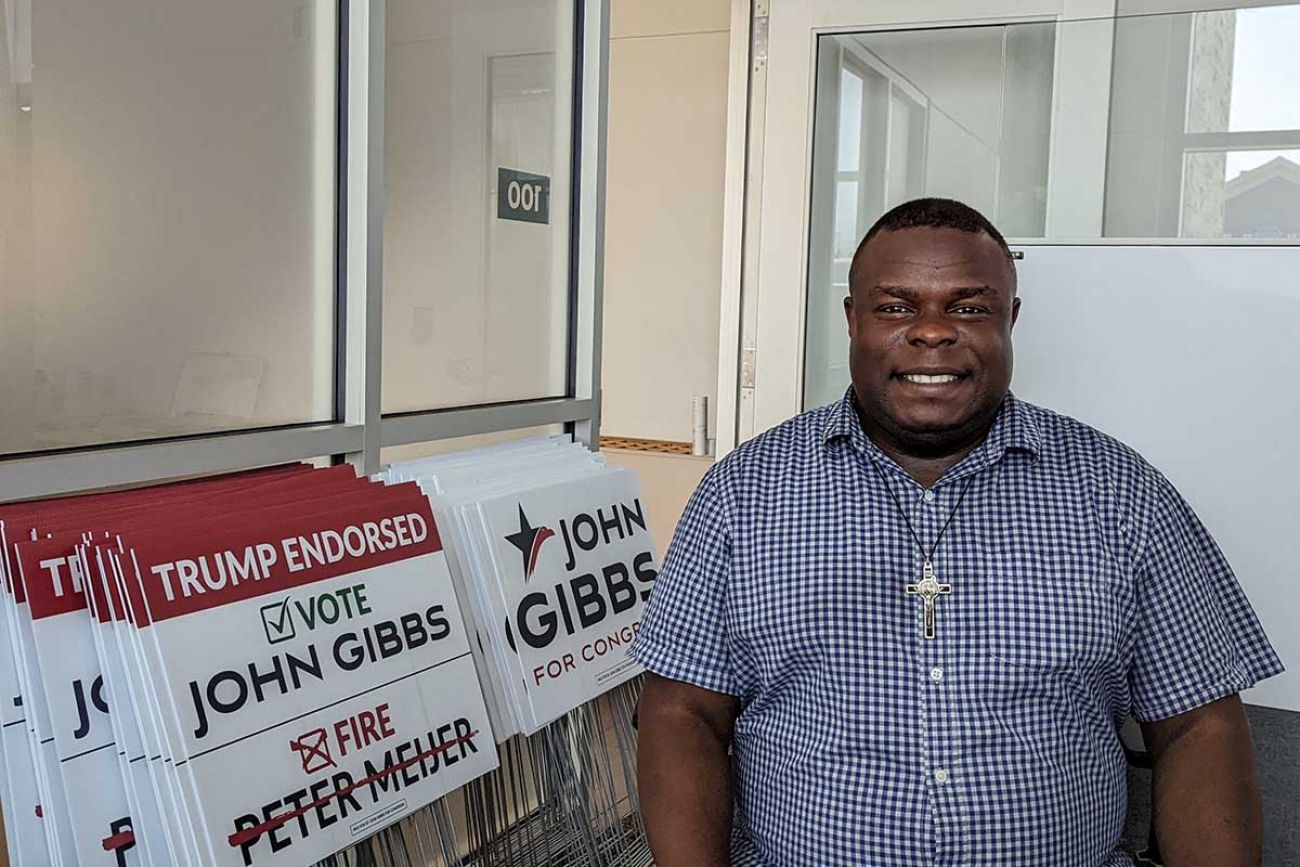 Now, liberal groups and Democrats are throwing support behind second-time candidate Hillary Scholten, going so far as to drop an attack ad against Gibbs as part of a nationwide effort to boost the chances of pro-Trump challengers they believe could be easier to beat in the general election.

Gibbs likes his chances against Meijer, who he says instilled a “sense of betrayal” among west Michigan Republicans when he voted to impeach Trump.

Meijer says he’s comfortable with running on his record.

“I'm not going to violate my conscience, my convictions or my principles,” Meijer said. If he has to betray his principles in order to keep his job, “that’s not something I’m willing to do. I’m putting the trust in the voters rather than choosing the path of least resistance.”

Voters opted to change the system in 2018, creating the 13-member Michigan Citizens Independent Redistricting Commission, ending years of what a group of judges in 2019 called a “political gerrymander of historical proportions."

When the citizens panel began crafting new districts in 2021, members focused on shifting Grand Rapids into a more politically competitive district — one early map configuration offered up by the commission would have looped Grand Rapids into a district with the city of Kalamazoo. 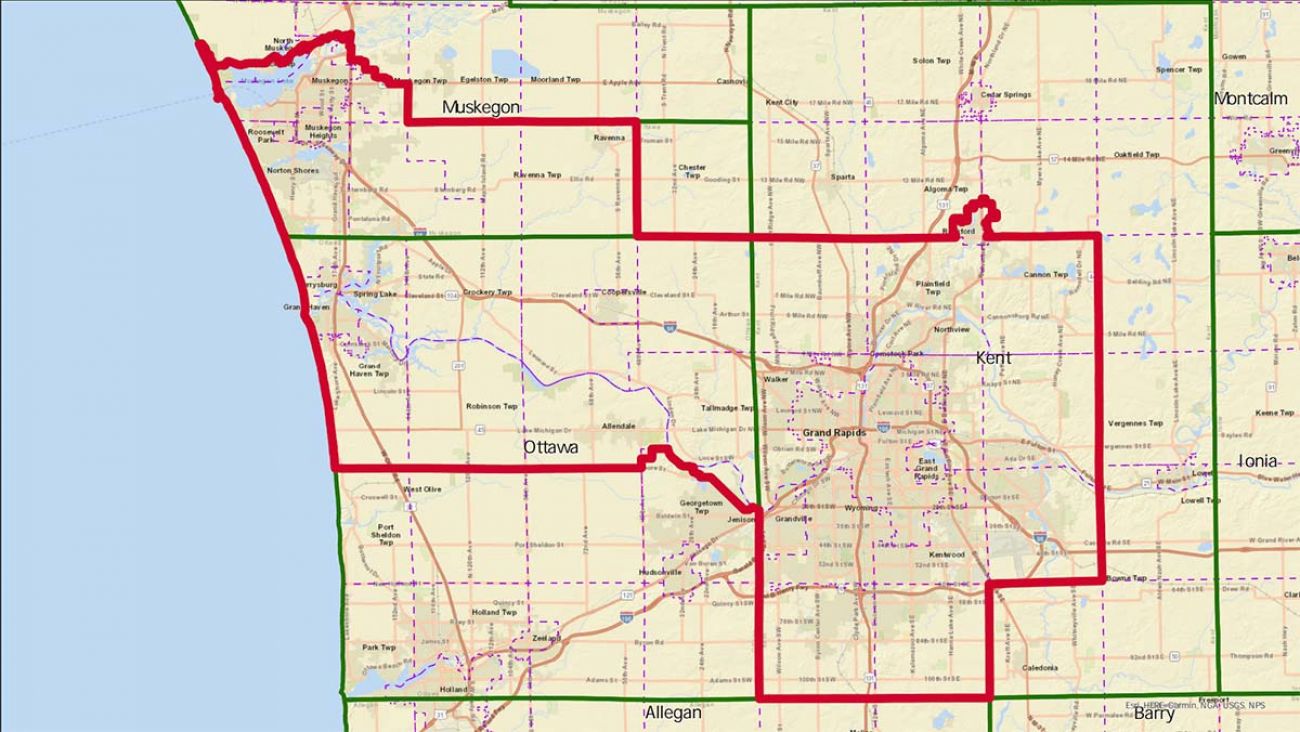 The 3rd district now extends to the Lake Michigan coastline and incorporates portions of Muskegon and Ottawa counties. Its demographic makeup is diverse — 11 percent of district residents are Black and 10.7 percent are Hispanic, the highest population of Hispanic voters of all 13 new districts.

In a state lagging behind the country in population growth, west Michigan is an outlier — Ottawa County was the state’s fastest growing county over the past decade, growing by 12.3 percentage points to 296,200 residents. And Kent County was the third-fastest grower,gaining 9.2 percent to about 652,000 residents.

The region has also shifted leftward in the last few election cycles. In 2020, Kent County favored Biden over Trump, and in Grand Rapids, Biden earned 70 percent of votes to Trump’s 28 percent.

The 3rd is considered a toss-up by political analysts around the country in part because it’s so different from the current district that it’s hard to know what a majority of voters might do, Koopman said.

A number of factors — turnout, voters’ views on abortion and other social issues, their opinions of Trump or Biden’s records, etc. — could end up making the difference at the polls, he continued.

Meijer, an Iraq War veteran whose family owns the Meijer grocery store chain, is grounding his case for a second term in a localized, policy-focused approach, pointing to his record as a conservative aimed at improving the function of federal government.

Meijer said he’s focused on working to solve problems instead of stoking fear and anger. If reelected, he said he wants to reduce national debt, simplify the tax code, strengthen domestic energy options to reduce reliance on foreign energy and support anti-abortion efforts and religious freedom.

“I'm running on what we have done to serve Michigan's 3rd Congressional District, but also a lot of the things that we have started and want to make sure to see through to the end,” he said.

Gibbs, who worked in the U.S. Department of Housing and Urban Development during the Trump administration, said for many GOP voters, Meijer’s voting record hasn’t lived up to expectations.

“There's a feeling among many Republican voters that the party is not representing what regular people want,” he said. “So when somebody comes in on the Republican side, saying he's going to work with Trump, and then votes as his very first vote as a congressman, days after they get an office, to impeach this person who represents the kind of change that people wanted to see, it really hurts. That hurts people at the emotional level.”

Gibbs is one of two Trump-endorsed Black Republican Congressional candidates in Michigan. In the new 10th Congressional District, John James is the likely Republican candidate in the Macomb County-centric district making his third bid for federal office.

Impeachment vote aside, Gibbs said he’d like to take a different approach than Meijer and pledged to fight gun control efforts, rethink foreign policy, and make elections more secure — including possibly moving away from absentee ballots.

“Many people use absentee ballots lawfully, you know, there's no question about that,” he said. “But the potential for abuse is, I think, too high…we’ve really got to move away from that.”

Meijer has earned the support of many business groups, fellow incumbents and local leaders.  One exception is the Muskegon County Republican Executive Committee , which endorsed Gibbs over Meijer due to his impeachment vote and his record on gun rights.

With many Republican voters still left with a bad taste about the 2020 election and the staying power of Trump among party faithful, Trump’s presence in the 3rd Congressional District race can’t be ignored, observers say.

Although some congressional incumbents have survived challenges from Trump endorsees, some have prevailed — in South Carolina, for example, Russell Fry ousted incumbent Tom Rice.

“Peter Meijer has a very hard road ahead of him to win this election, simply because Donald Trump is not letting anybody off the hook,” said pollster Richard Czuba, founder of Glengariff Group. “He wants revenge.” 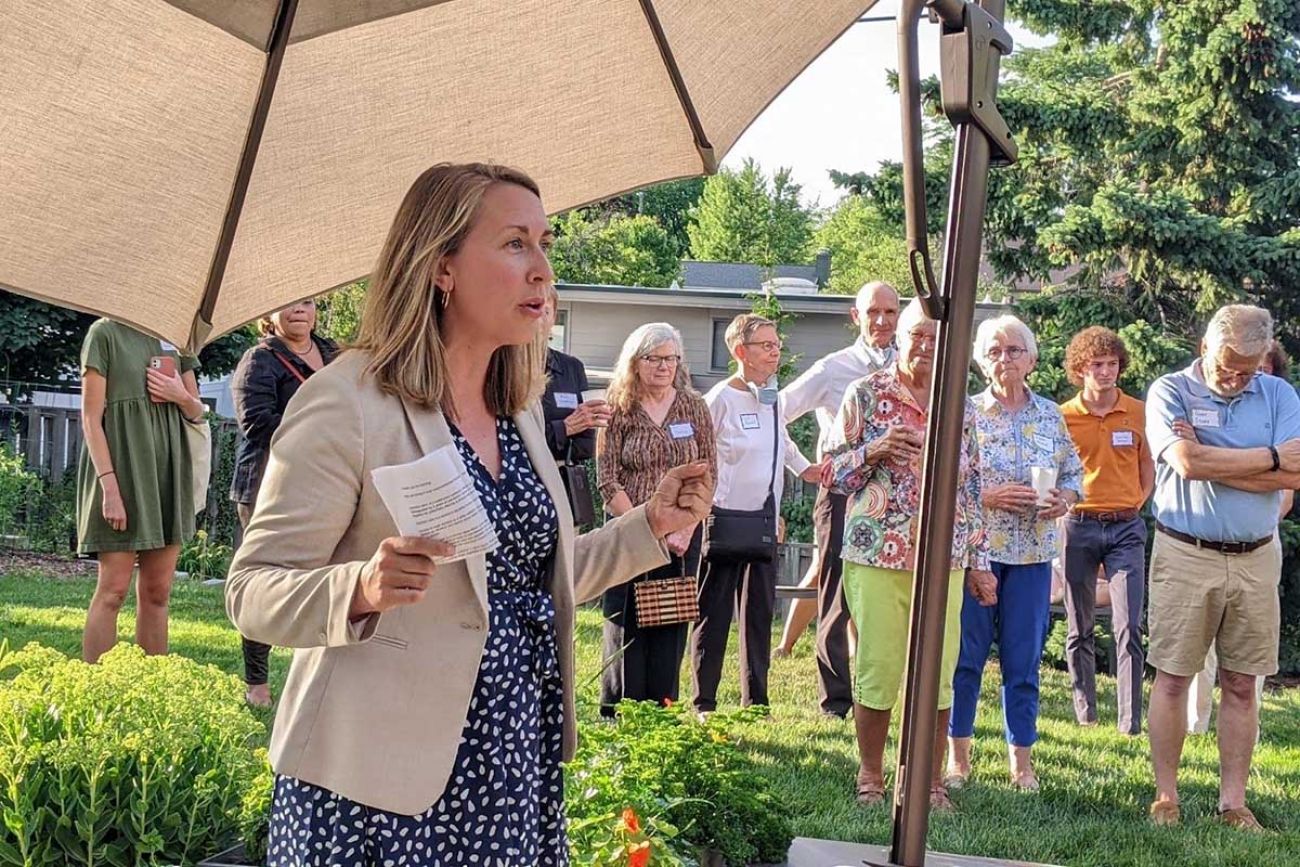 Democrat Hillary Scholten said the new district gives her a shot at flipping a district in a region that hasn’t elected a Democrat to Congress in decades. (Courtesy photo)

On the Democratic side, Scholten said she’s noticed more momentum on the ground this cycle as Democratic voters in the region disillusioned with current leadership realize they might have a shot at changing it.

The Grand Rapids attorney and second-time congressional candidate lost to Meijer in 2020, getting 46.9 percent of the vote to Mejer’s 53.1 percent.

She acknowledged beating a Republican candidate wouldn’t be easy, but said the commission did the region a favor by showing “that west Michigan is not just a bastion of conservative Republicans.”

“This is a brand new day in west Michigan — the district has changed that much,” Scholten said.

She said her priorities are helping working families, fighting for more affordable comprehensive health care and preserving reproductive rights in the aftermath of the Supreme Court overturning Roe v. Wade, which she predicted would be a key issue impacting turnout among general election voters.

Both Meijer and Gibbs challenged the notion that Republicans could have a harder time winning the 3rd district in 2022.

Meijer said he was somewhat bolstered by the recent ad buy by Democrats in the district, noting Democratic leadership wouldn’t be making ad buys in the Republican primary race if they “didn’t view me as the candidate who could hold one of the top five most Democratic leaning seats with Republican incumbents in the country.”

Gibbs said regardless of how voters feel about Trump, a focus on finding common sense solutions to problems affecting voters of all political affiliations could be enough to sway voters in a swing district.

“I think we have a really, really strong chance, especially with the national environment the way it is, to do this,” he said.