State Republicans get a break from a federal court’s Aug. 1 deadline to redraw Michigan’s state and congressional districts.

In a one-paragraph order, the high court delayed the Michigan ruling until it can decide high-profile redistricting cases out of North Carolina and Maryland; a ruling in those cases is expected in June. The court also stayed a redistricting case in Ohio in a separate order.

Friday’s development comes one month after a three-judge panel in Detroit ruled that Michigan Republicans’ redistricting efforts in 2011 were so partisan as to constitute an illegal gerrymander in a lawsuit brought by the League of Women Voters and several Democratic voters in Michigan. The lawsuit targeted 34 state House, Senate and U.S. congressional districts that it claimed were intentionally drawn to favor Republicans and minimize the election of Democrats.

The districts, the lower court noted, have consistently allowed Republicans to maintain strong majorities in Lansing, even though they typically receive roughly 50 percent or less of total votes across the state.

The court found all of the districts in Michigan were illegally gerrymandered. It ordered Secretary of State Jocelyn Benson, a Democrat, to hold special elections in 2020 with redrawn districts. If upheld, that would cut the four-year terms of state senators elected in 2018 in half.

Republicans quickly appealed, with House Speaker Lee Chatfield calling the three-judge panel’s order “an unprecedented intrusion into the legislative process in the context of redistricting cases.”

“I applaud the (U.S.) Supreme Court’s decision to issue a stay in the case,” Cox said in a statement. “This will allow our legislature to continue focusing on getting things done for the people of Michigan, instead of unnecessary partisan battles over political maps.”

"But we will not allow Republican gerrymandering or efforts to silence our citizens at the ballot box stand in the way of Democrats connecting with every Michigan voter."

Last month, the three-judge panel found that state Republicans' methods for redrawing Michigan’s political districts violated Democratic voters' First and 14th "Amendment rights because it deliberately dilutes the power of their votes by placing them in districts that were intentionally drawn to ensure a particular partisan outcome in each district.”

Friday’s order gives state lawmakers a reprieve from an Aug. 1 deadline to draw new maps. The districts were set to be redrawn anyway following the 2020 Census, and the lower court’s ruling would have sped up the timeline.

Michigan's congressional delegation is split 7-7 following the 2018 election, while Republicans have a 22-16 majority in the state Senate and 58-52 majority in the House.

Michigan is in the early stages of creating a citizens redistricting commission after a successful 2018 ballot initiative backed by an all-volunteer committee, Voters Not Politicians. The commission’s first maps will be in place for the November 2022 general election, following the 2020 Census.

“We are disappointed with the Supreme Court’s decision to put on hold the lower court’s requirement that the legislature redraw Michigan’s district maps for the 2020 elections,” Nancy Wang, executive director of Voters Not Politicians, said Friday in a statement.

“We remain committed to doing everything in our power to ensure the new redistricting process is successful so Michigan voters are not subjected to maps that are rigged against them,” Wang said. 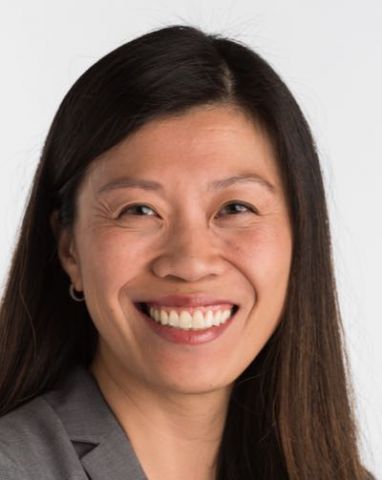 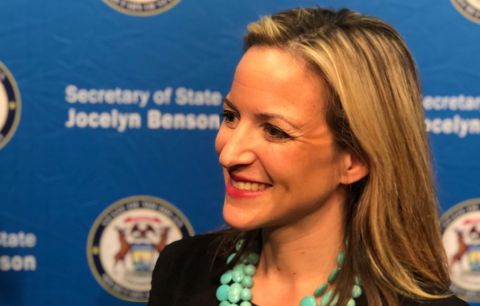 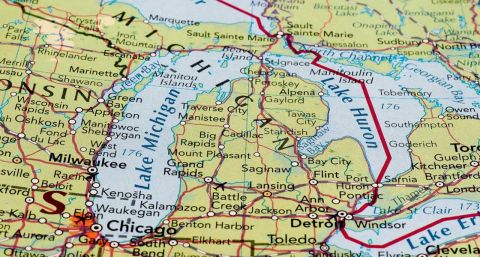 So our votes don't matter??? How can something that was decided by election be appealed? I've found in the last 2 years that Democracy isn't what I thought it was.

Concerned Citizen, the new bi-partisan Redistricting Commission that we voted for will start their work in mid to late 2020. They will use the data from the 2020 census to draw new boundaries that will have to be approved by the Governor and the legislature in time for the 2022 election. Those boundaries, once approved, will be in force until after the 2030 election, when a new Commission will set new boundaries. The decision that the Supreme Court has put on hold was from a lawsuit designed to force new boundaries (and previously unscheduled elections for half the state senate) for the election coming up in November of 2020, and only that election.

Meanwhile, the Supreme Court has already heard arguments for and against the pirinciples involved in 2 other lawsuits alleging unconstitutional partisan gerrymandering. Depending on what SCOTUS decides, and how broadly they state their decision, the "new boundaries for a single election" court decision may be made moot. That decision is expected by the end of June, so it makes much more sense for Michigan to wait to spend tens of millions of dollars and thousands of hours of legislator and staff time on developing the revised district boundaries until after we know if the arguments that convinced this panel of 3 Federal judges were and are also compelling to the Supremes.

If Justice Sotomayor signed off on this, the democrats aren't going to like where this case is heading...

This article is missing the most important point: the court is weeks away from issuing a definitive opinion for two similar cases. That decision will apply to the MIchigan case. If the court finds political gerrymandering problematic, the stay will be lifted and a new map will be drawn. If the court finds that political gerrymandering is *not* a constitutional issue, Michigan will be in the same boat as the other states being heard and under stay.

Given the time-frame involved, provided SCOTUS rules in the democrats favor (I'm doubtful given the above), lifting that will be an issue that even SCOTUS should be acutely aware of.

We're almost into June. The next election here in Michigan is on August 6th.

There is no conceivable way to redraw statewide districts in that short of a span that everyone will agree on.

The Sec. of State cannot even get motorists through her office in a timely manner.

Does anyone honestly expect her to move any faster on this issue?

The rethuglicans are throwing a party for their political operatives in SCOTUS to celebrate a victory over Democracy. Contact an elected rethuglican for the specifics of when and where. Just a hint: do not ask Sen. Amash. The DeVos family has fired him.

The so called rethugliicans haven’t done nothing wrong ! What’s happening is the communist Democratic Party is trying to be sure we never see another conservative in office ! In case you haven’t realize the Communist just want your money anyway they can get it ! I don’t want the city of Detroit picking my senators or my representatives! They is nothing more a snow job to get in power!

Fraudulent gerrymandering is small potatoes, tossed out with the bath water and democracy.