Who are the Republicans running against Michigan Gov. Gretchen Whitmer?

Michigan Government
Who are the Republicans running against Michigan Gov. Gretchen Whitmer?

LANSING — What was an initial field of 13 candidates has been whittled to five Republicans competing to take on Democratic Gov. Gretchen Whitmer this fall.

GOP hopefuls who qualified for the Aug. 2 primary ballot include a conservative media personality, two COVID-19 lockdown protesters, a pastor and a wealthy businessman.

None has held an elected office before but are seeking to bring a fresh perspective to Lansing and unseat Whitmer, who has built up a big campaign war chest as she seeks re-election to a second term.

Five other GOP hopefuls — including the early frontrunner and the biggest spender — were disqualified from the primary after submitting nominating petitions with tens of thousands of forged signatures collected by paid circulators now facing criminal investigation.

The winner of the GOP primary will advance to the Nov. 8 general election against Whitmer and any third-party candidates who are nominated at separate conventions.

So who are all these Republican hopefuls who want to be Michigan’s next governor? Read on to find snapshots of each, and follow the links for additional information from their official campaign websites.

Made the GOP primary ballot: 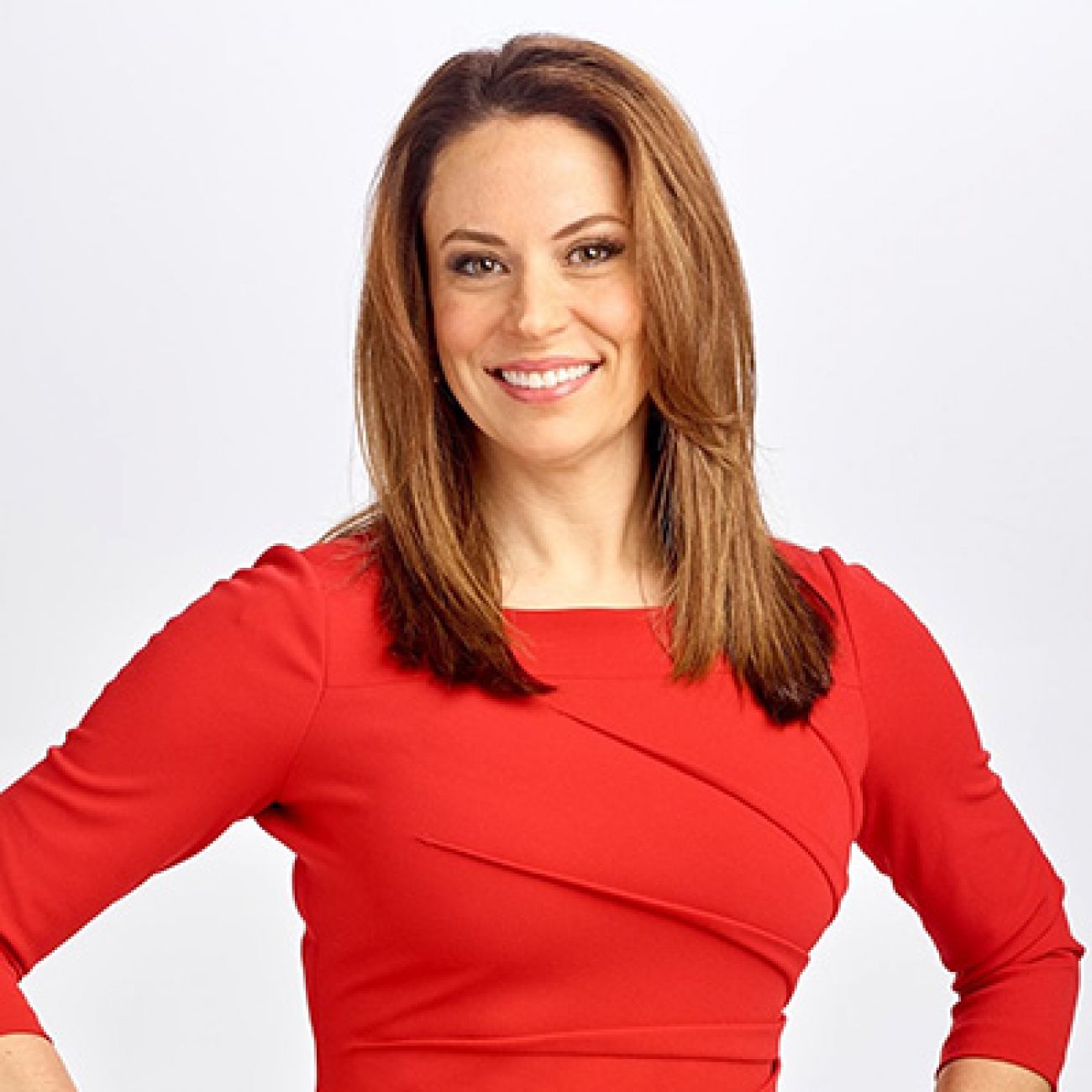 A courtesy image of Tudor Dixon.

Tudor Dixon: Dixon worked as a sales executive in her family's steel industry business before emerging as a conservative media personality and news anchor on America's Voice News, a streaming outlet.

The Muskegon area resident has criticized Whitmer's COVID-19 policies as a form of “tyranny” and aligned herself with Trump, who endorsed her in late July. Like the other Republican candidates, she has spoken out against  critical race theory and what she says is the sexualization of children in Michigan schools.

She has also been endorsed by the powerful DeVos family in west Michigan, Right to Life of Michigan, the Michigan Chamber of Commerce and the Police Officers Association of Michigan. 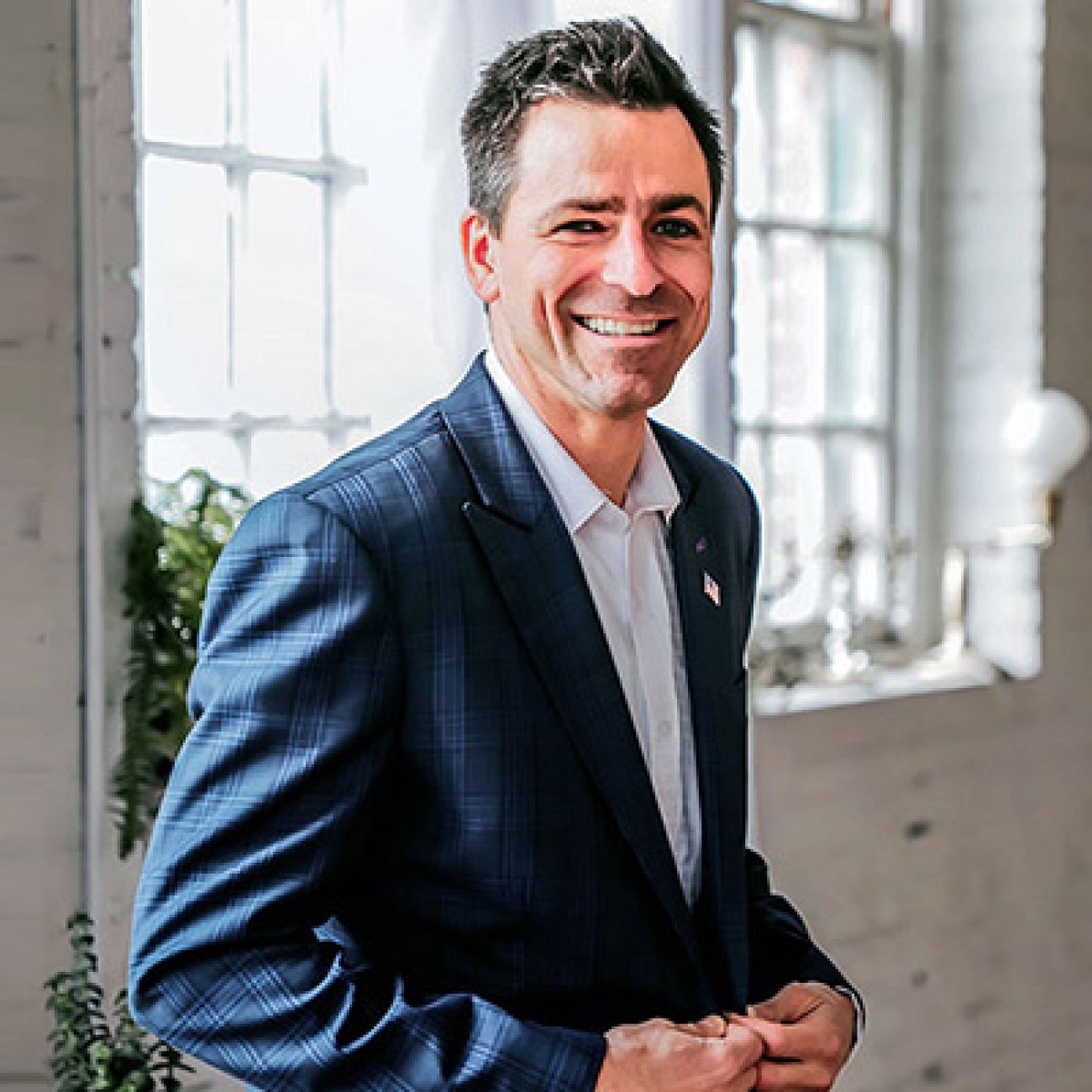 A courtesy image of Ryan Kelley.

Ryan Kelley: Kelly is a former Allendale Township planning commissioner who gained a following in 2020 when he protested the removal of a Confederate statue in his hometown and organized a large anti-Whitmer protest at the Michigan Capitol that resulted in armed demonstrators entering the building.

Kelley urged federal authorities to "arrest" Whitmer for her COVID-19 policies, which he is now campaigning against. He’s called for a “forensic audit” of the 2020 election and was outside the U.S. Capitol during the Jan. 6 riots.

Positioning himself as an unapologetic conservative, Kelley told Bridge Michigan in April that he won't change his "tune in order to pander for votes." 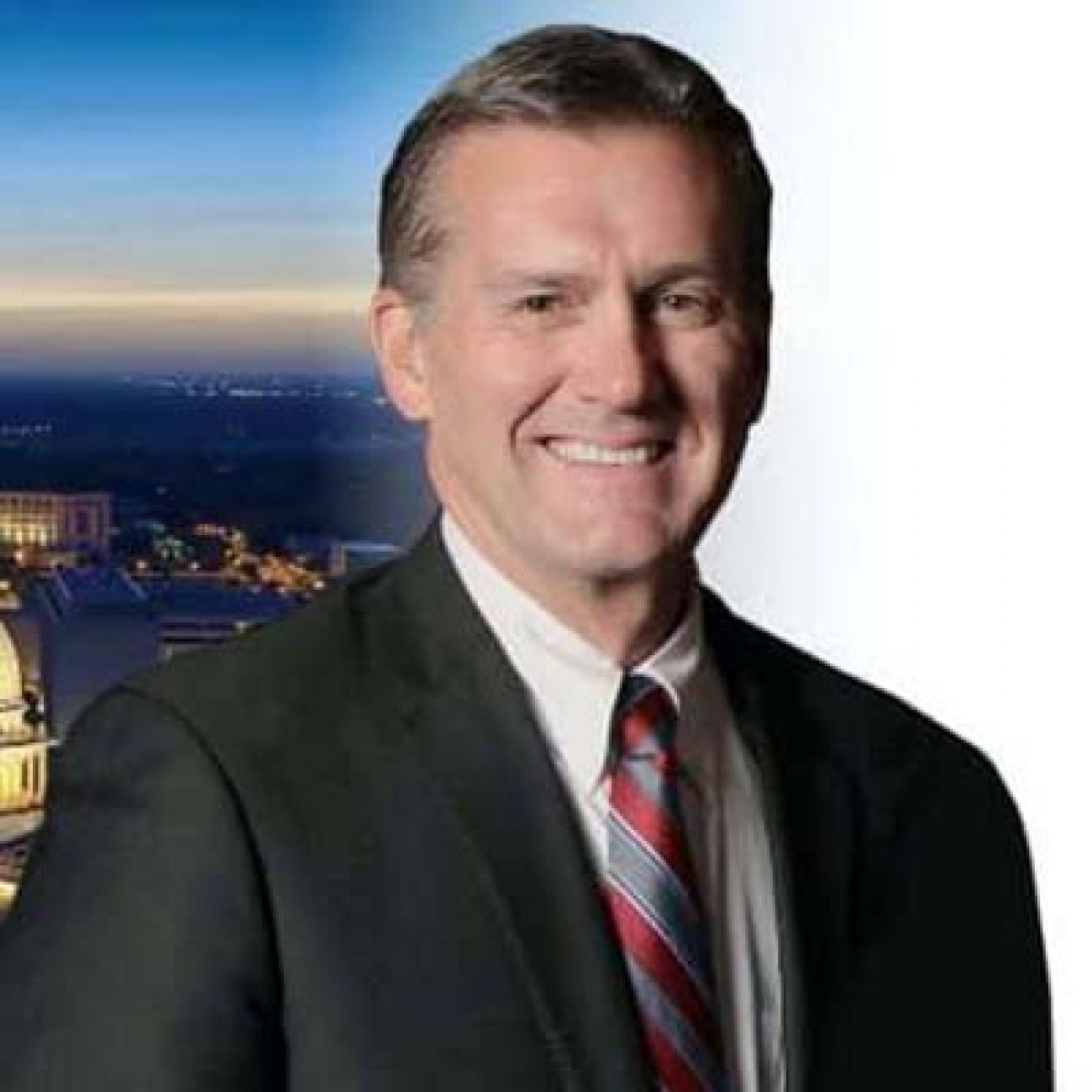 A courtesy image of Ralph Rebandt.

Ralph Rebandt: Rebandt is a longtime pastor at Oakland Hills Community Church in Farmington Hills and a chaplain for the Michigan Associations of Chiefs of Police.

Rebandt has appeared at rallies demanding a "forensic audit" of the 2020 election and says he wants to "bring the light of truth to dispel the darkness" and make Michigan a "lighthouse for the nation."

In debates, Rebandt has said he supports a no-exception ban on abortion and proposed putting gun-sniffing dogs into Michigan schools to prevent another mass shooting. 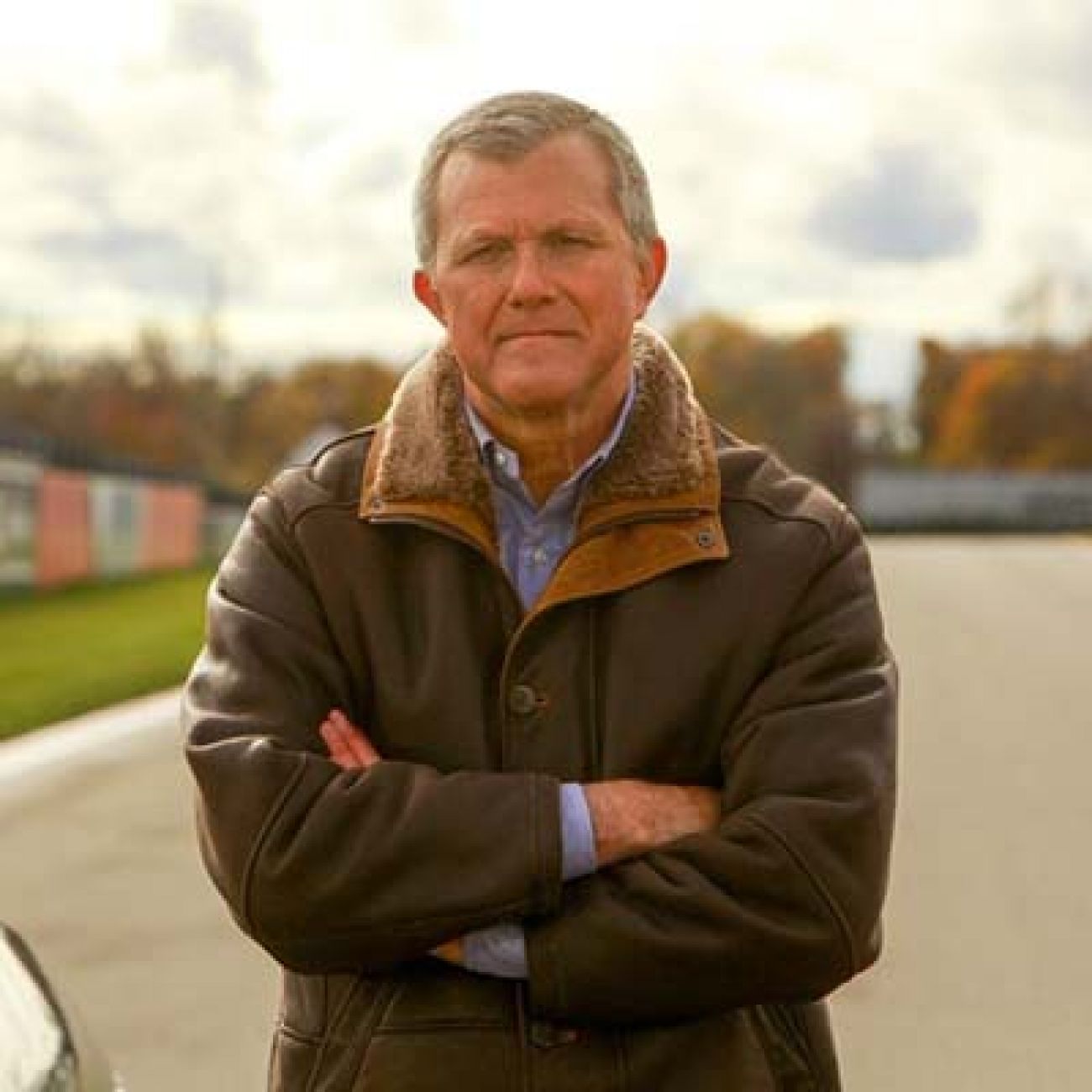 A courtesy image of Kevin Rinke.

Kevin Rinke: Rinke is a Bloomfield Township businessman who helped lead his family auto dealership group and has promised to put $10 million of his own money into his campaign.

Rinke has been critical of Whitmer’s economic and COVID policies and says he wants to rejuvenate the business climate, repair the state’s education system and stop “indoctrination” of kids, respect the “rule of law” and “restore faith in our elections.”

In a 2021 interview, Rinke said he "had not seen anything to indicate there was fraud" in the 2020 presidential election but has since run television ads making the false claim that "dead people always vote" for Democrats. 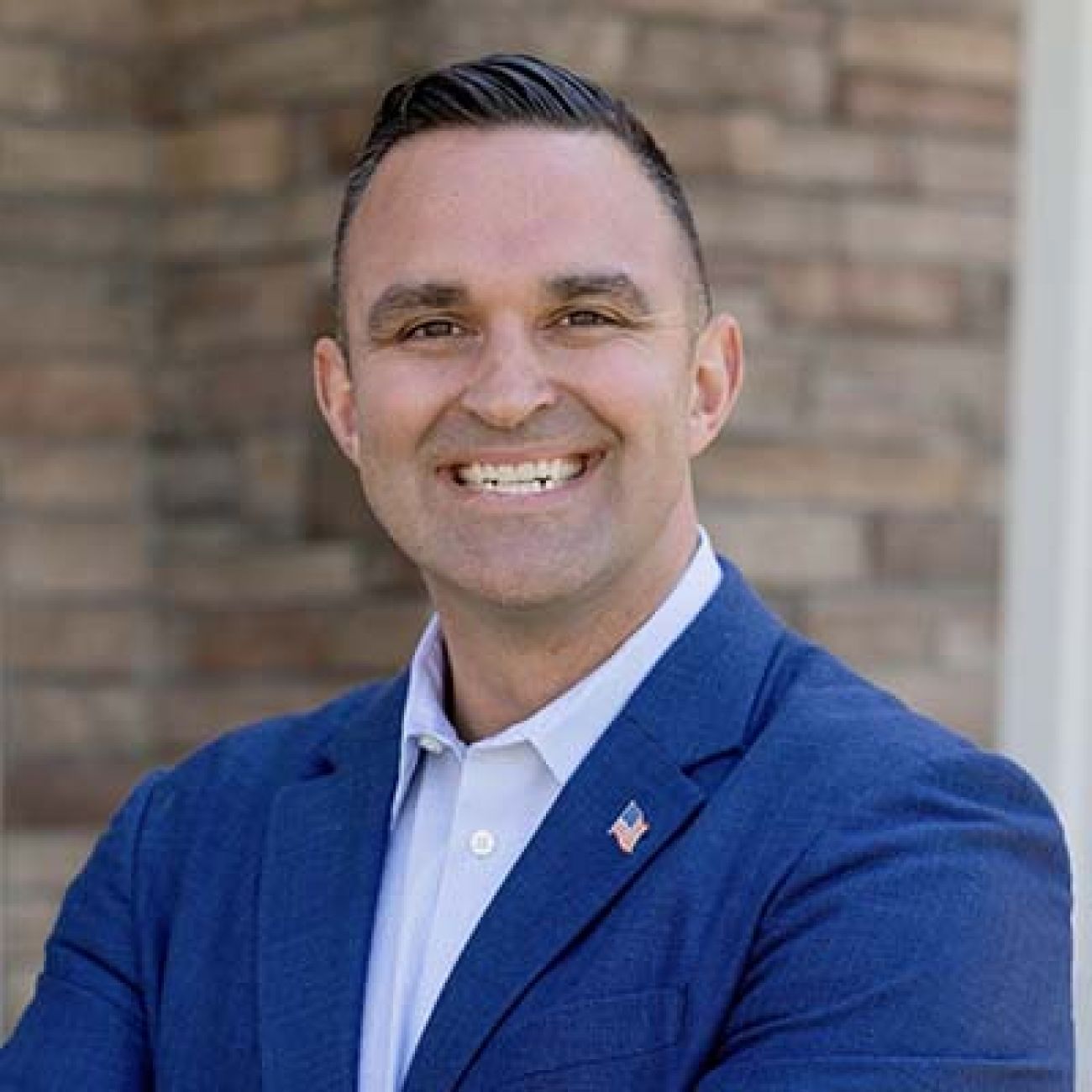 A courtesy image of Garrett Soldano.

Garrett Soldano: Soldano is a Kalamazoo-area chiropractor who built a large online following as he protested Whitmer's COVID-19 lockdown and subsequent restrictions as co-founder of a group called Stand Up Michigan.

The former college football player has built his campaign around support for personal freedoms and opposition to pandemic policies like vaccine mandates. He was the first candidate to submit signatures to qualify for the ballot.

Soldano made national news in February when he said he thinks women who are raped should not have abortions because "that little baby inside them might be the next president." He's built his campaign around support for personal freedoms and opposition to pandemic policies like vaccine mandates.

Disqualified from the the GOP primary ballot: 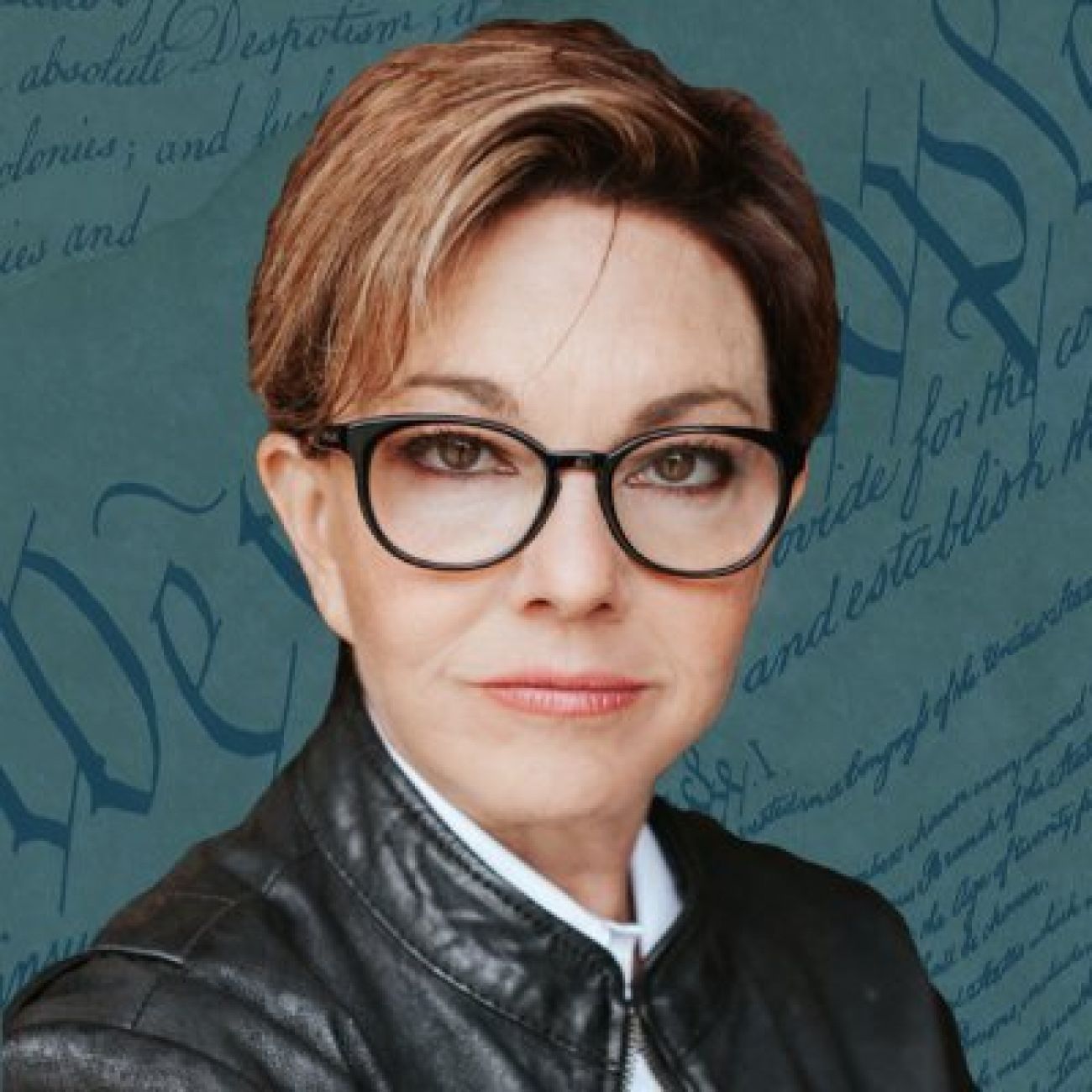 A courtesy image of Donna Brandenburg.

Donna Brandenburg: A Byron Center businesswoman, Brandenburg has founded multiple companies and is the CEO of Brandenburg Capital Management, an acquisition and management firm.

Related: How one firm in a ‘Wild West’ industry upended the Michigan GOP governor race

She has called election security one of her top priorities, advocates for a "forensic audit" of the 2020 election and boasts an endorsement from Michael Flynn, former national security adviser under former President Donald Trump. Since she was disqualified from the Republican ballot, she announced she is now running for governor on the U.S. Taxpayers Party ticket. 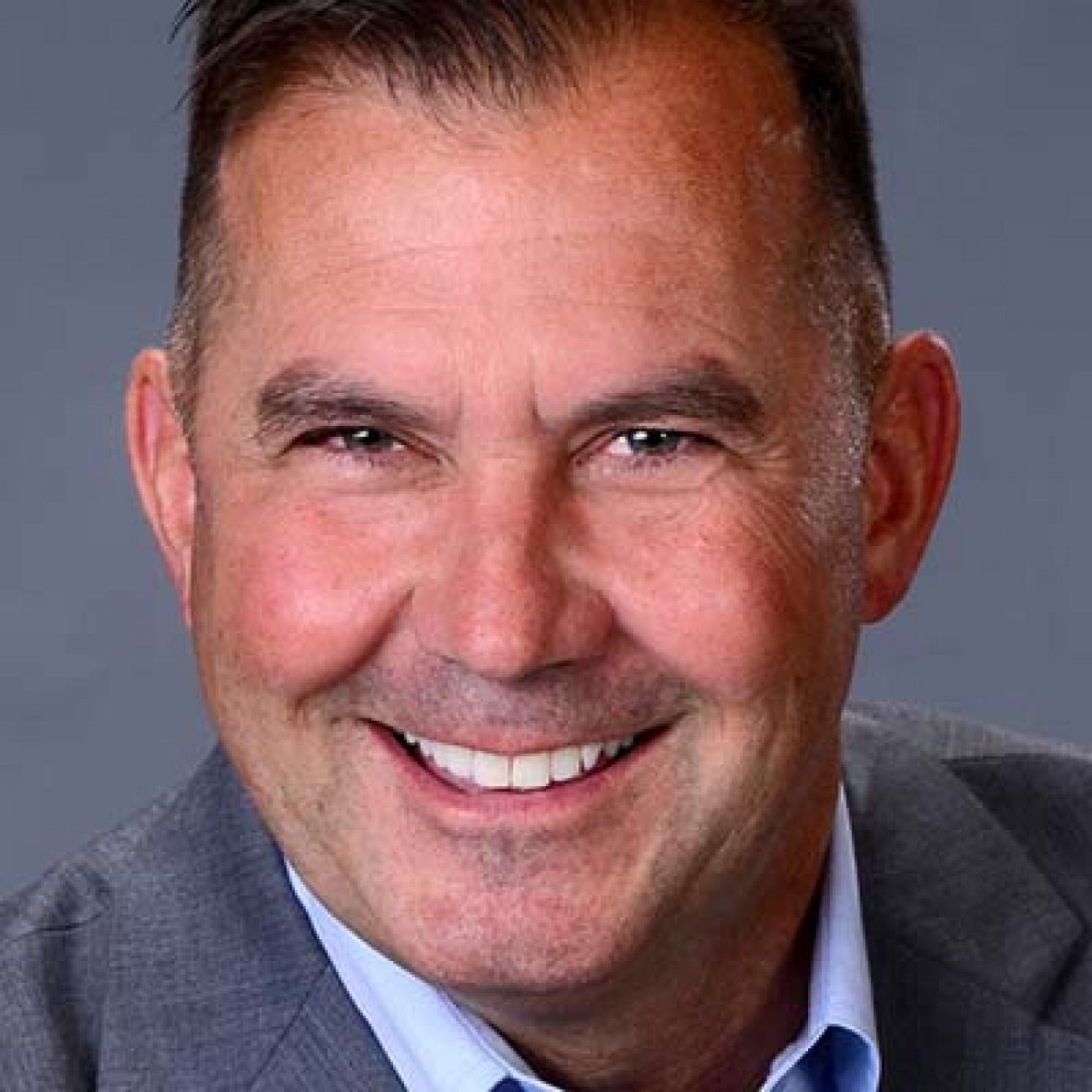 A courtesy image of Michael Brown.

Michael Brown: Brown is a former Berrien County commissioner and longtime law enforcement officer who is currently a captain with the Michigan State Police.

Brown says his professional background positions him to fix what he calls a crisis of leadership by "failed elites" in Lansing. He's decried what he calls a “full-on assault against the law enforcement profession" while criticizing Whitmer’s pandemic policies. 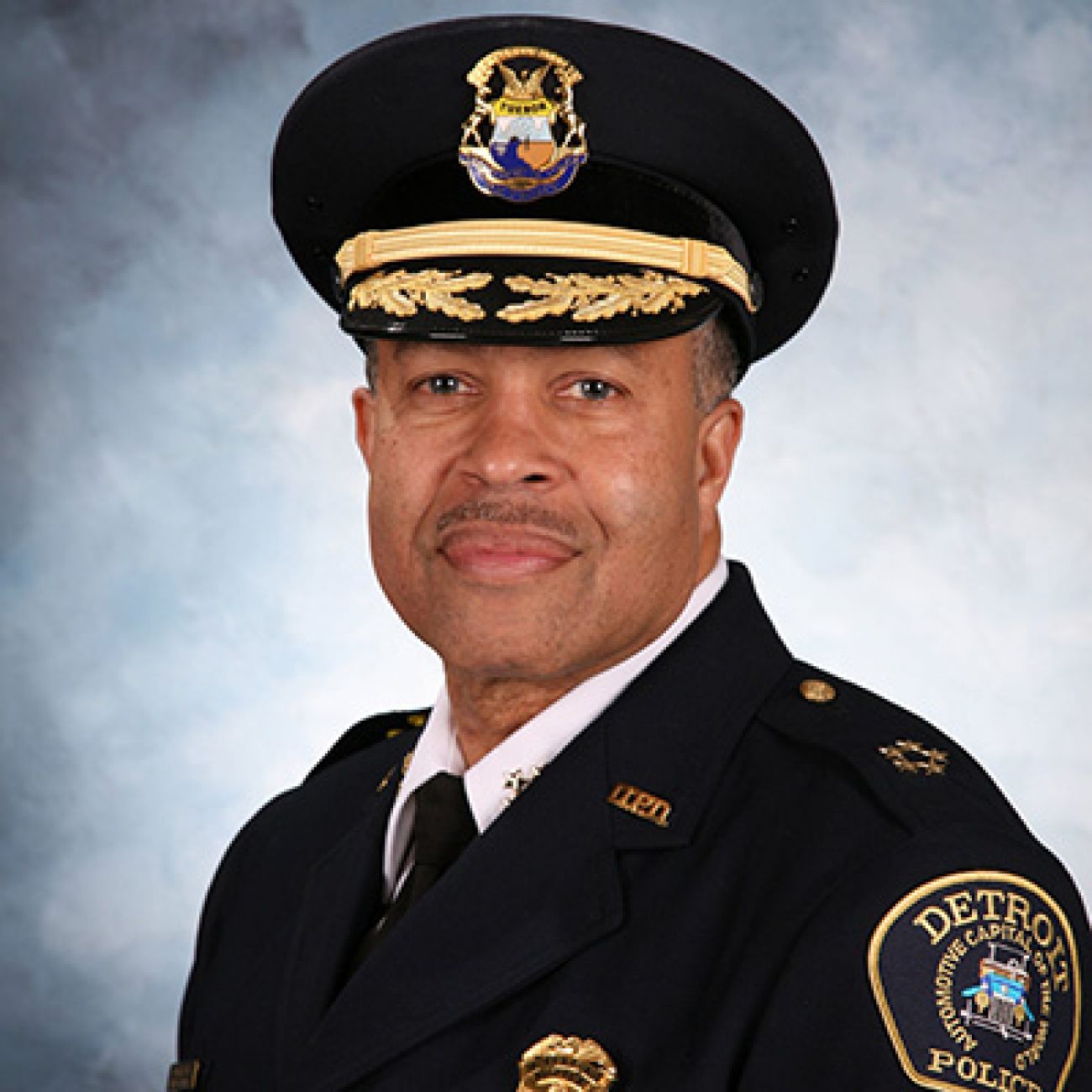 A courtesy image of James Craig.

James Craig: Craig is a longtime law enforcement official who recently retired as chief of police in Detroit, where he's touted his work to keep the peace during racial justice protests in 2020.

Craig grew up a Democrat but has said he switched to the Republican Party years ago and now describes himself as conservative who supports gun rights and opposes abortion. Craig supports school choice and promises to "rein in rogue prosecutors" while supporting law enforcement officials across the state. 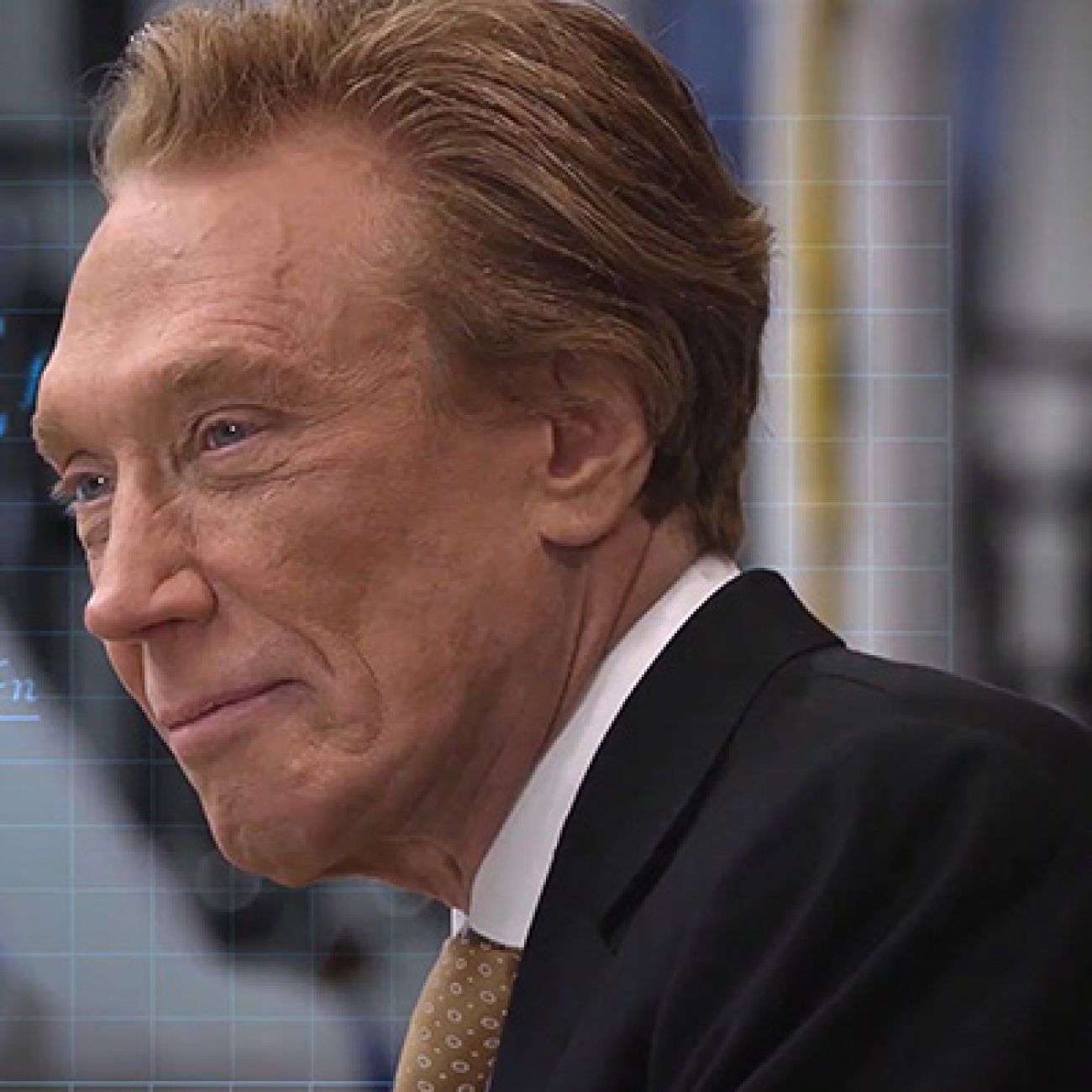 A courtesy image of Perry Johnson.

Perry Johnson: Johnson is the founder of Perry Johnson Registrars Inc., a Troy-based firm that helps other companies meet standards to qualify for government and industry certifications. He’s also a business author and motivational speaker.

A multi-millionaire, Johnson is helping fund his own campaign, including an initial ad spree that included a Super Bowl commercial. He's promised to bring his business acumen to government "by following the lead of business and sports and using statistical methods in the relentless pursuit of quality." 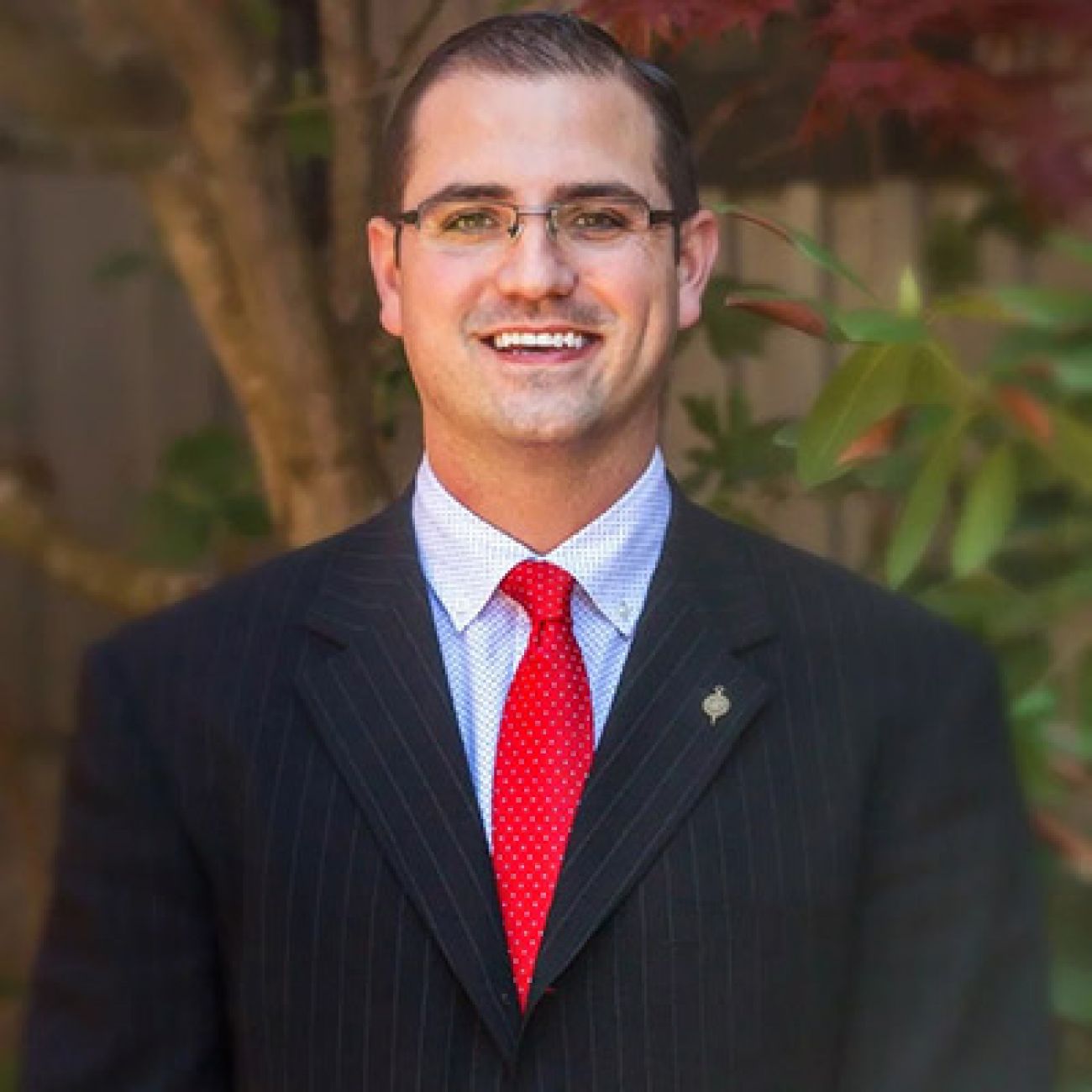 A courtesy image of Michael Markey.

Michael Markey: Markey is a Grand Haven financial adviser, small business owner, radio host and author who says he wants to "end tit for tat politics" and bring "respectability and decorum back to politics."

Like other Republicans in the race, Markey says he wants to lower the number of abortions, lower taxes and improve education. But he has not prescribed specific solutions. Instead, he says, the way to do it is "by working together."

Others who didn't make the ballot

Austin Chenge: The Grand Rapids-based businessman, who faced eligibility issues, dropped out of the race in March and endorsed Rinke.

Chenge had released a series of proposals to end voting machine contracts, "cancel Black History Month" and make Michigan a "constitutional carry" for firearms by eliminating the need for a concealed pistol permit.

Bob Scott: The Howell-area substitute teacher did not submit signatures to qualify for the GOP primary ballot but is considering an independent run.

Scott described himself as a strong supporter of the First and Second Amendments to the U.S. Constitution, which protect free speech and firearm rights.

Evan Space: The Lansing resident did not submit signatures to qualify for the GOP primary ballot for the second time in as many cycles. He also failed to make the ballot in 2018.

Space had leaned into his name, promising to establish space exploration launch sites and related college programs. Among his other novel proposals, Space said he would appoint a lieutenant governor to “run the Upper Peninsula” and treat it more like an independent state.